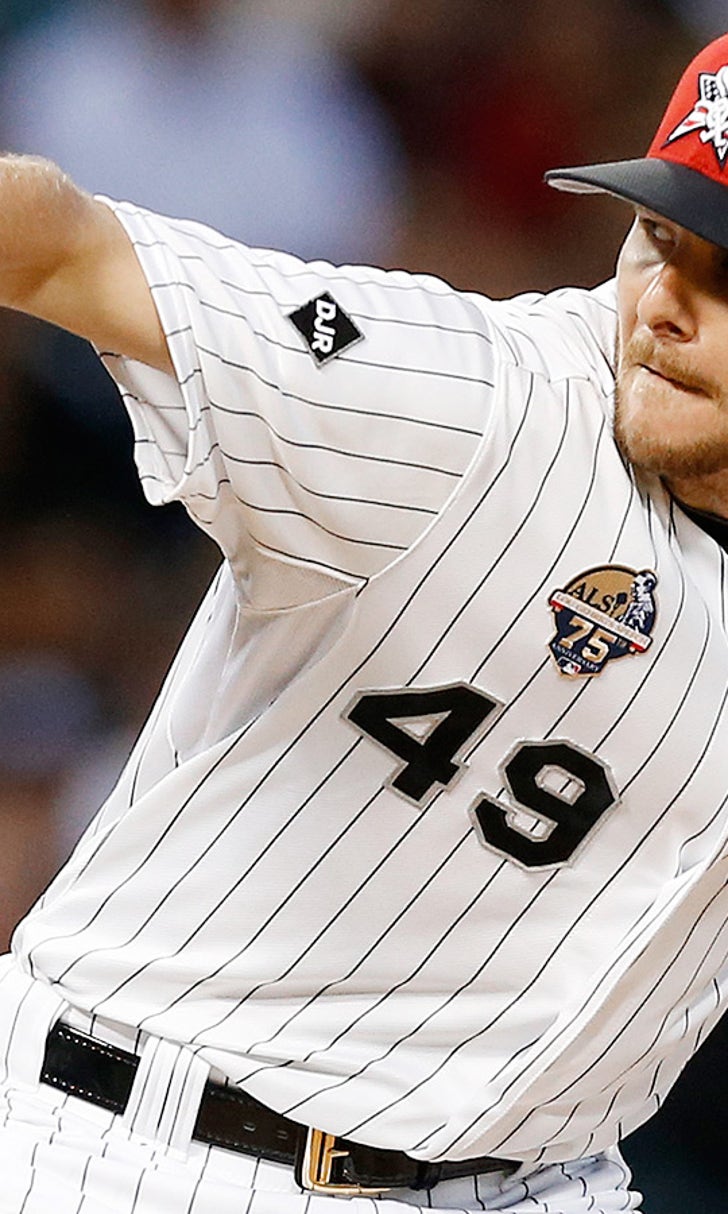 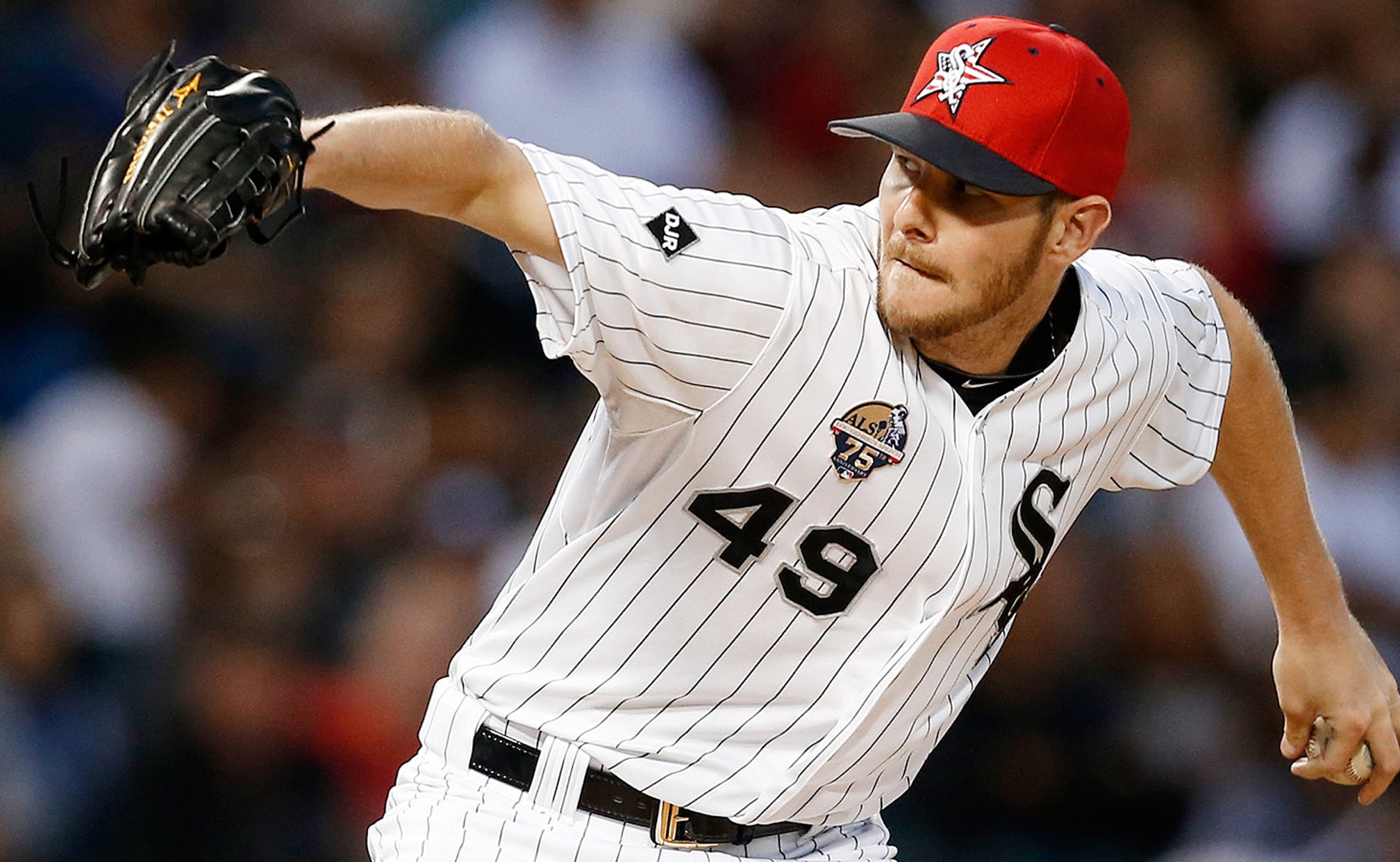 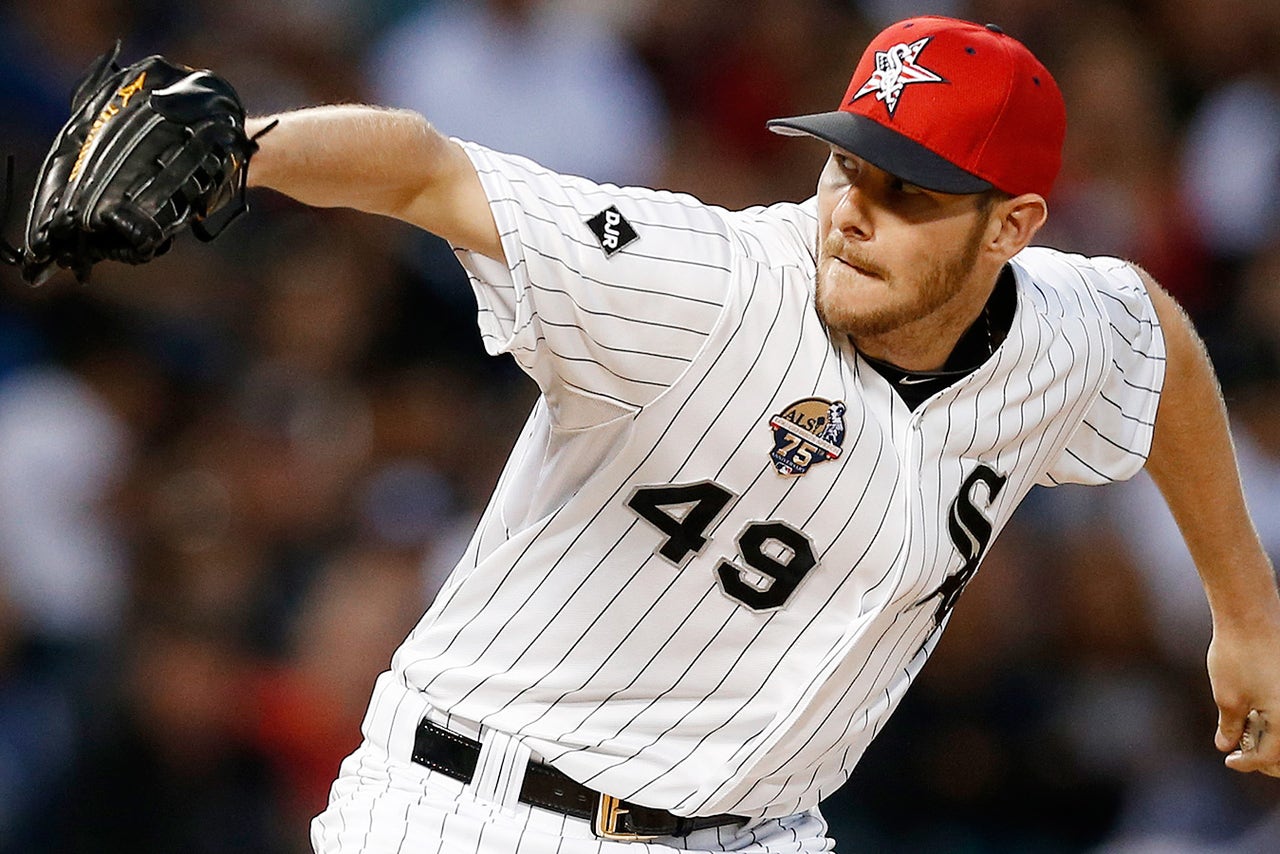 After allowing a single, double and sacrifice fly in the ninth inning, Sale buckled down. He got a weak grounder to seal the victory as the Chicago White Sox beat the Seattle Mariners 7-1 on Friday night.

"That's kind of the goal as a starting pitcher is to finish as many of them as you can, and anytime you can get your bullpen a couple days off in a row, it's nice, especially in this part of the season," Sale said.

Sale (8-1) struck out a season-high 12 and allowed six hits and no walks in his fourth double-digit strikeout game of the season and 14th of his career. He struck out 10 three times this season.

Jose Abreu hit his 27th home run and Dayan Viciedo and Paul Konerko also homered for the White Sox, who have won five of seven.

Willie Bloomquist went 2 for 4 for the Mariners, who saw their four-game winning streak snapped. Rookie Roenis Elias (7-7) allowed five runs in five innings. He struck out six and walked one.

Viciedo went 4 for 4 including a leadoff homer in the fourth inning that gave the White Sox a 1-0 lead. His 10th homer came on a 2-1 pitch.

The White Sox added four runs in the fifth. Adam Eaton hit an RBI double and Gordon Beckham followed with a sacrifice fly after Moises Sierra singled and Tyler Flowers was hit by a pitch.

Abreu then extended his hitting streak to 18 games with a two-run home run that put the White Sox ahead 5-0. He was tied for the major-league lead for homers entering Friday. Abreu has eight home runs and 18 RBI during his hitting streak, the longest active in the majors.

"I wasn't even aware of it until my dad told me," Abreu said through a translator. "He was like, 'You are getting hits.' I'm trying to do something to help every day, whether it's an RBI, playing defensively.

"I'm trying to do something that helps the team. That's my goal."

The Mariners put runners at second and third in the sixth after two singles and a wild pitch, but Sale struck out Robinson Cano to end the inning.

Konerko hit a two-run home run, his fifth, off Charlie Furbush for a 7-0 lead in the eighth.

Sale allowed a single to Bloomquist and a one-out double to Cano in the ninth. Sale stayed in the game after manager Robin Ventura visited the mound. Sale gave up a sacrifice fly to Corey Hart, and Cano moved to third as the throw from right fielder Sierra sailed past the plate.

Sale got Kyle Seager to ground out to end the game.

"Every time I face him, he's got the same slider," Cano said about Sale. "Sometimes you face a guy and one day he doesn't have it. This is a guy, he always has his slider. Nothing straight. His slider is the best pitch he has. He confuses every lefty. You don't know when it's a fastball and when it's a slider."

The Mariners had six left-handers in their lineup against Sale. Hart returned from the disabled list to give the Mariners another right-handed bat. Sale was limiting left-handers to an .089 average this season entering Friday.

"I wouldn't say I was by any means laughing at it or anything, but that's definitely the first time it's happened this year," Sale said about the lineup. "So I just tried not to put too much emphasis on it.

"I knew I was probably going to throw a few sliders today more than normal, but that's about it."

The White Sox batted Abreu, the AL Rookie of the Month, third in the lineup for the third straight game. "I don't think there's any set way of doing it with him, but I know I like guys on when he comes to the plate," Ventura said. ... Mariners RHP Felix Hernandez (10-2, 2.10) will start against White Sox LHP Jose Quintana (5-7, 3.44) on Saturday.

World Series Enters Pivotal Stage
The World Series is alive and kicking as a pivotal Game 3 approaches. Martin Rogers breaks down the series with Nick Swisher.
45 mins ago

Lowe, Snell Pace Rays in Game 2 Win
Two home runs and nine strikeouts helped even the World Series at 1-1 on Wednesday. Here's how.
19 hours ago

World Series Top Plays: Game 2
Check out the top plays from Wednesday night's Dodgers-Rays matchup, as Tampa Bay got right back into the 2020 World Series.
23 hours ago