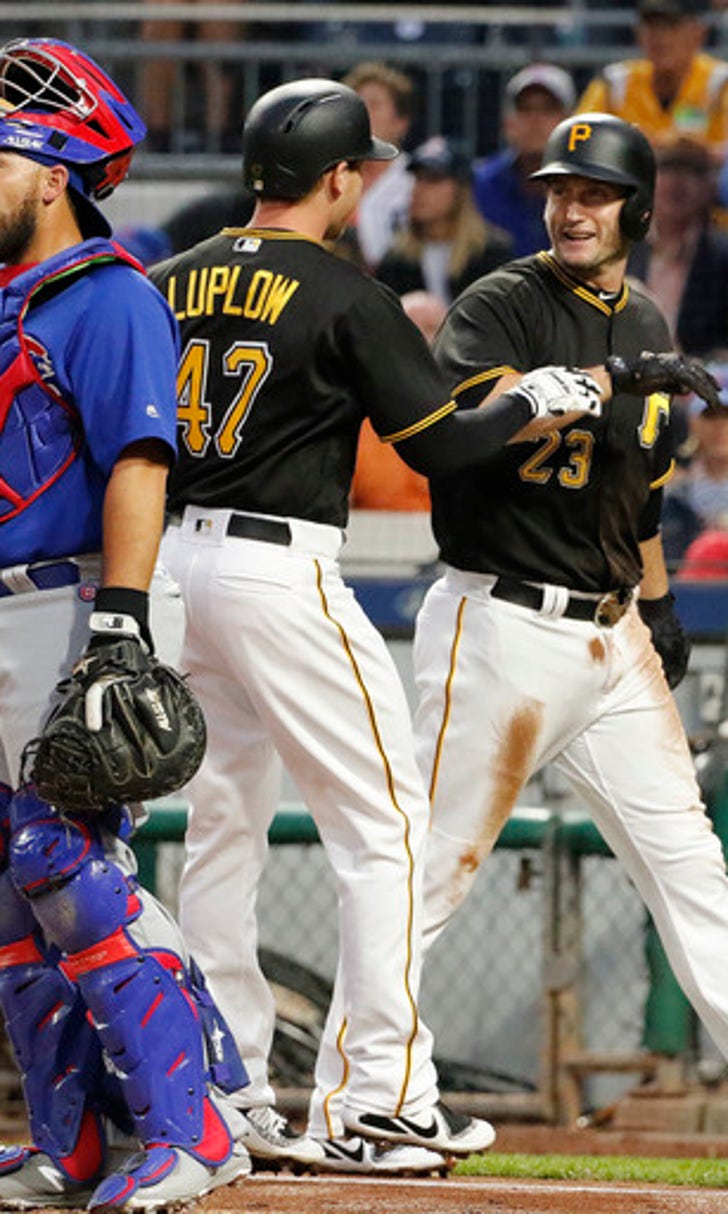 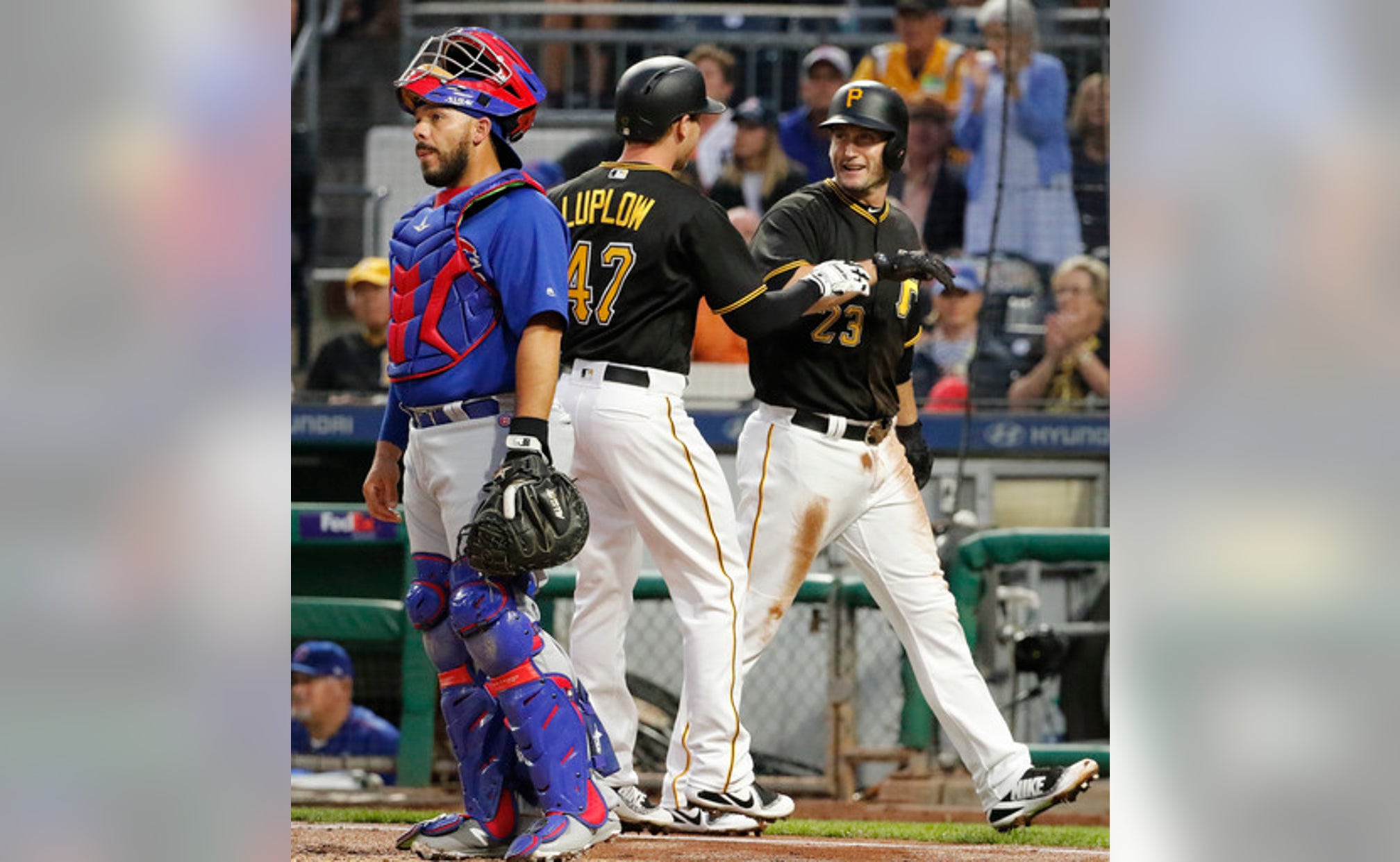 PITTSBURGH (AP) Clint Hurdle agreed to a four-year contract extension on Tuesday afternoon, confident the next wave of Pittsburgh Pirates could help steer the club through what it hopes is a transitional period and back into the thick of the playoff chase.

The early returns have been surprising. Perhaps a bit promising too.

Max Moroff and David Freese delivered RBI singles off Carl Edwards Jr. in the eighth inning as the Pirates rallied past the Chicago Cubs 4-3 on Tuesday night for their fourth straight victory.

John Jaso led off the eighth with a pinch-hit walk then later scored when Moroff hit a bloop single to left off Edwards (3-4) to tie the game. Freese drove home Moroff three batters later after the Cubs intentionally walked Josh Bell, one of four rookies in the Pittsburgh lineup.

''I didn't really know if (Edwards) was going to drop the curveball in,'' Freese said. ''I chose to stay hard and got a good swing on it.''

Cubs manager Joe Maddon didn't second-guess the decision to avoid the switch-hitting Bell and have a go at Freese instead.

''You think you can at least get out of it with a tied game,'' Maddon said. ''But Freese hits a bullet up the middle and that's it.''

Jordan Luplow hit the second home run of his career for Pittsburgh. Wade LeBlanc (5-2) earned the win in relief of Steven Brault, the Pirates' first left-handed starter this season. Felipe Rivero worked a perfect ninth for his 18th save after going through an abbreviated warmup.

''It happened quick,'' Hurdle said just hours after he and general manager Neal Huntington had their contracts extended through 2021 . ''We pitched well enough to stay in the hunt and in the game and then found a way late.''

Ian Happ had a two-run single for Chicago. Alberto Almora Jr. and Kris Bryant had two hits apiece but the Cubs left eight men on base to drop their third consecutive game. The World Series champions remained 3 1/2 games in front of Milwaukee, which fell on the road in Cincinnati.

The Pirates are out of it heading into the final month of the season but the team made a commitment to staying the course when it opted to hold on to Huntington and Hurdle. The two helped the franchise shake 20 years of losing by running off three straight playoff berths from 2013-15. Though the postseason is a long shot at this point, Pittsburgh is getting significant contributions from its younger players down the stretch.

Three rookies - Moroff, Luplow and catcher Elias Dias - had hits and the other - Bell - reached base to set up Freese. Brault, another rookie, settled down after a bumpy start to allow three runs in five innings in his first major-league start then watched as the guys he came up through the minors with help Pittsburgh improve to 6-63 when trailing after seven innings.

''We have managed to kind of come up here and be able to fight together and claw and get everything,'' Brault said. ''It's been so much fun.''

Chicago's Kyle Hendricks allowed two runs and five hits in 6 2/3 innings. He struck out two and didn't walk a batter, his only significant misstep the two-run shot he allowed to Luplow in the second. The NL ERA champion last year, Hendricks has been good but not great this season. Just like his team.

''Not every year is going to be like last year,'' Hendricks said. ''I think we moved on from that. We know that. It was just such a special year for us. This is baseball. This is how you play. Those teams are good that we're playing against and they're bringing their best.''

Happ, a Pittsburgh native, gave Chicago the lead right back with a two-run single off Brault in the third. It stood until the eighth, when Jaso's pinch-hit walk started sparked Pittsburgh's late surge.

Cubs: RHP Jake Arrieta underwent an MRI on his right hamstring on Tuesday after leaving Monday night's loss with what the team initially termed as a cramp. Maddon said after the game he was ''still waiting to hear'' but will likely push back Arrieta's next scheduled start regardless of the outcome. If Arrieta can't go on Saturday against Milwaukee, Mike Montgomery will get the nod in Arrieta's place.

Pirates: RHP George Kontos (right groin strain) pitched a simulated game on Tuesday and is nearing a return from the 10-day disabled list. ... RF Gregory Polanco (left hamstring strain) had a ''work day'' but it's still uncertain when or even if Polanco will play again this season.

Cubs: Jose Quintana (5-3, 4.50 ERA with Chicago, 9-11, 4.49 ERA overall) goes for his second victory over Pittsburgh in a week on Wednesday. Quintana allowed three runs over six innings in a 17-3 romp over the Pirates at Wrigley Field last Wednesday.

Turner Exits Game, Returns: A Timeline
MLB has made a statement on Justin Turner's decision to celebrate with his team postgame. Here is all the latest.
21 hours ago
those were the latest stories
Want to see more?
View All Stories
Fox Sports™ and © 2020 Fox Media LLC and Fox Sports Interactive Media, LLC. All rights reserved. Use of this website (including any and all parts and components) constitutes your acceptance of these Terms of Use and Updated Privacy Policy. Advertising Choices. Do Not Sell my Personal Info