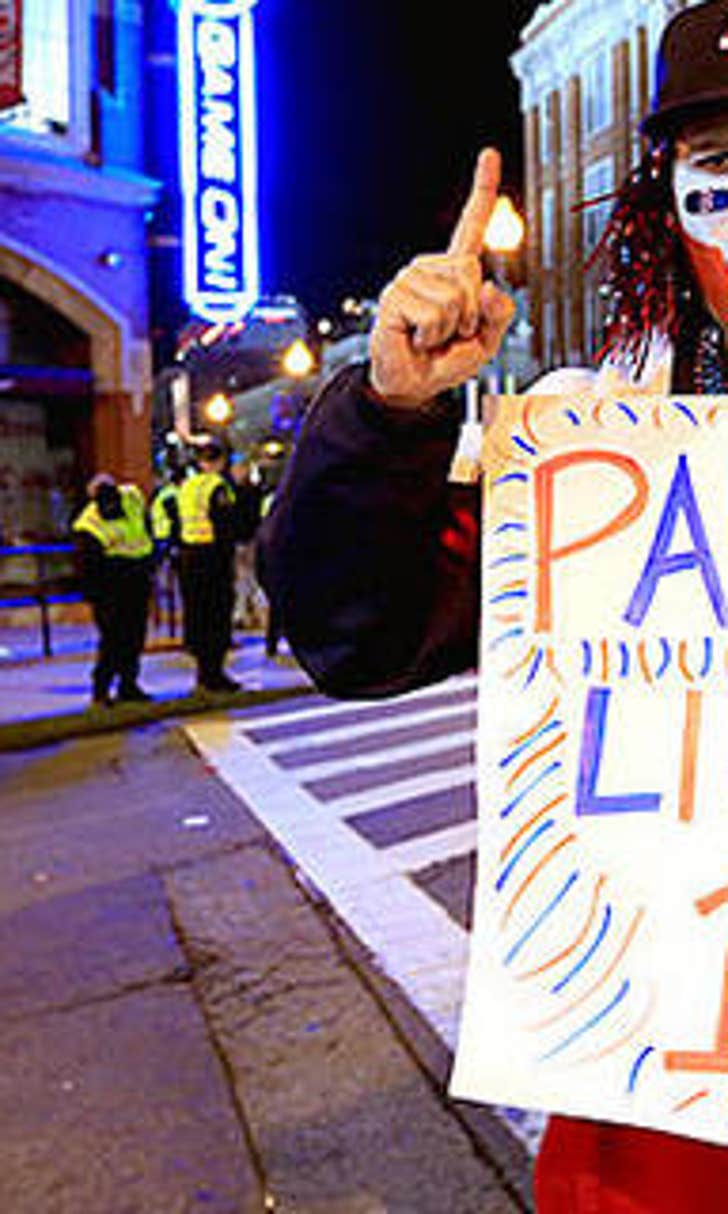 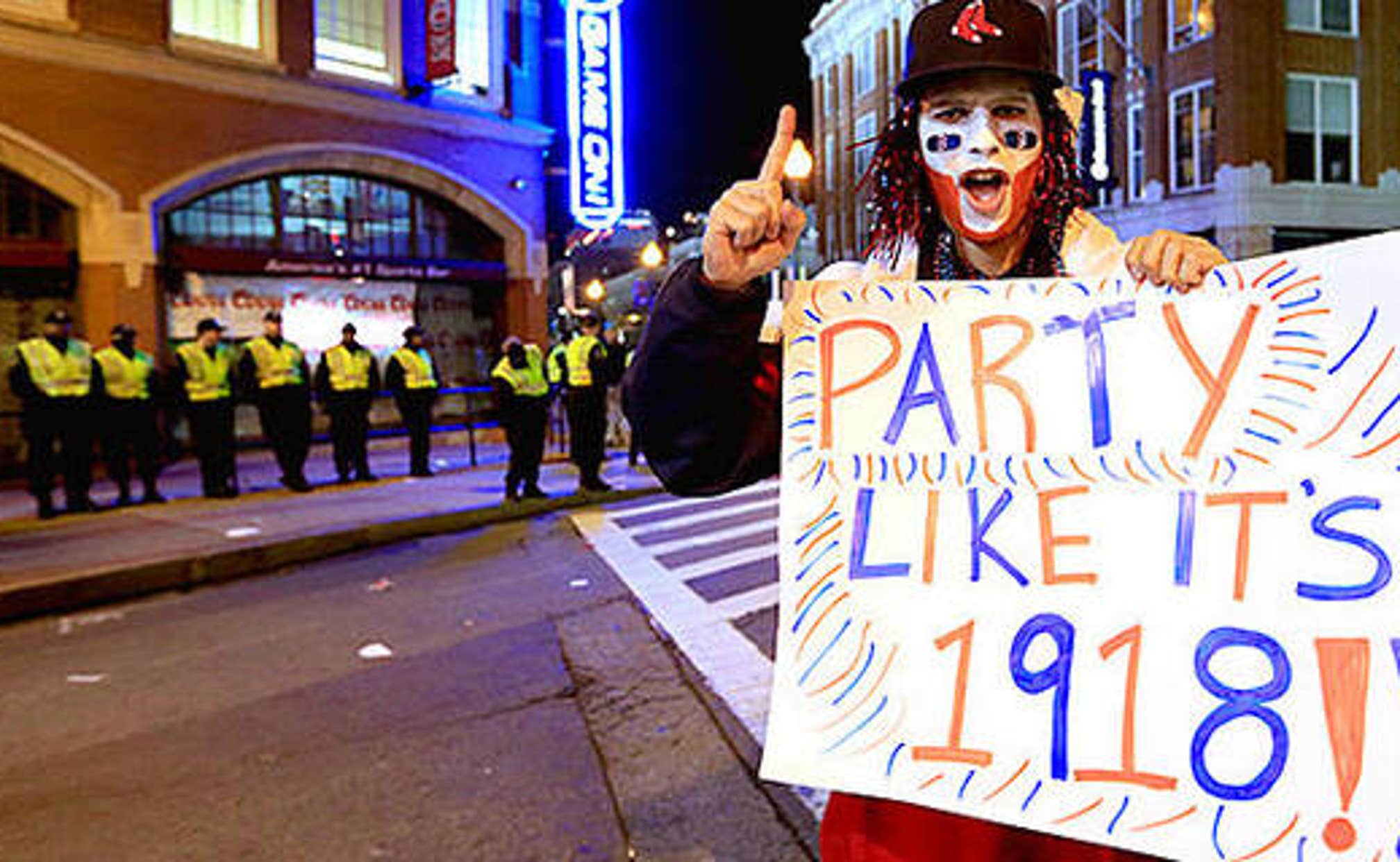 No hangover from Sox celebration 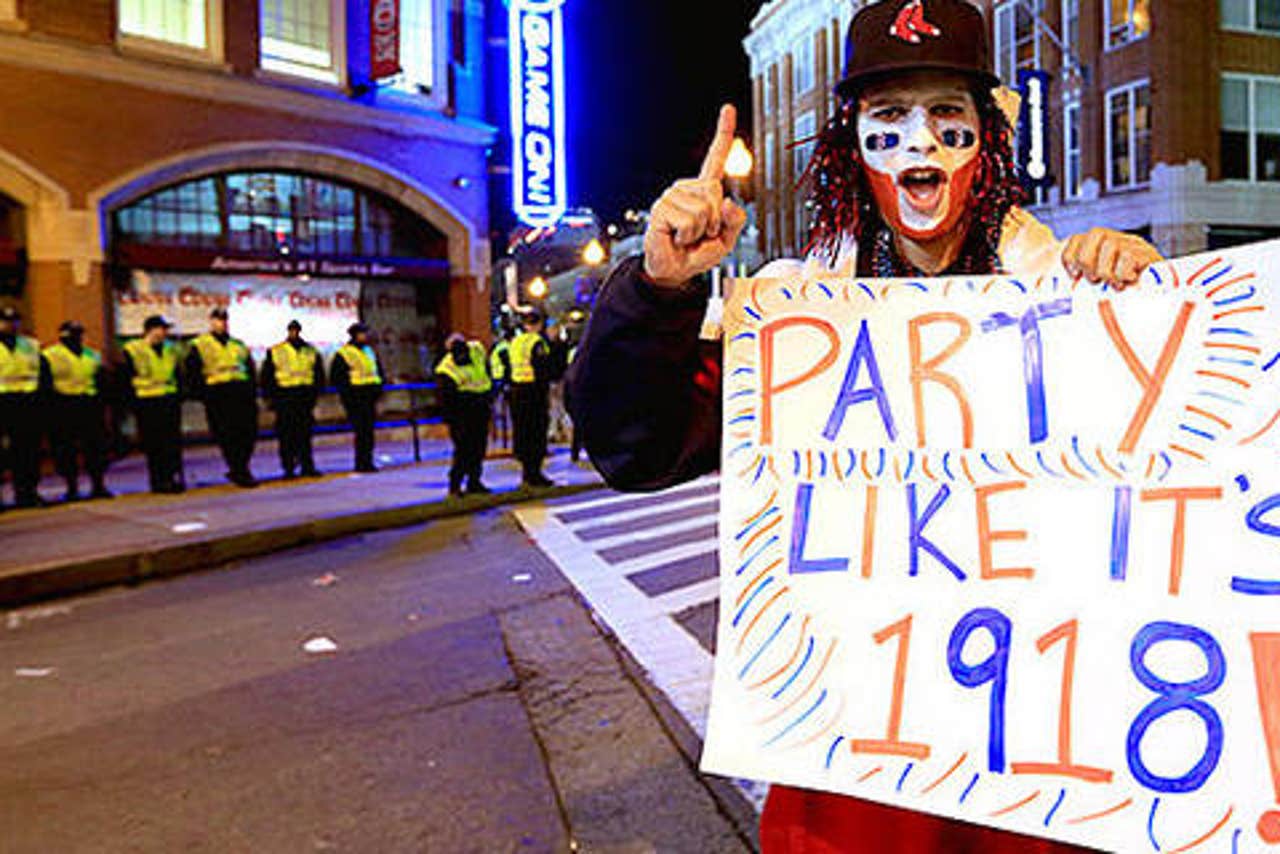 If you haven't heard, the Boston Red Sox won the World Series on Wednesday night, beating the St. Louis Cardinals 6-1 in Game 6 at Fenway Park, then partied into the night with the rest of Boston.

So what happened the day after?

Red Sox right fielder Shane Victorino, who had the big three-run double in the clinching victory, wasn't sure what to do on Thursday.

Big Papi, the World Series MVP, had a message for Red Sox Nation.

That's what I'm talking about Boston. This one is for you. World Series Champs #BostonStrong

To all the fans that never quit on us, thank you! This is as much your championship as it is ours. Hope to see y'all Saturday! #NVRQT

Second baseman Dustin Pedroia went with something short and sweet.

Instead of starting Game 7 for Boston on Thursday night, starting pitcher Jake Peavy, a trade-deadline addition, was able to enjoy the first day of the offseason and expressed his love for Beantown.

One of the batters was Mike O'Malley, who plays Burt Hummel on FOX's 'Glee.'

Thursday was Halloween, so why not dress up as the Green Monster?

Middlebrooks, the Red Sox third baseman, made sure to post a picture of the new 2013 banner outside Fenway Park.

Meanwhile, Kevin Millar, who won a ring with the Red Sox in 2004, tweeted a picture of his son in his Halloween costume.

Curt Schilling was a teammate of Millar's in '04 and also won a World Series with the Sox in '07.

Thursday night, Red Sox CEO Larry Lucchino took the World Series trophy to TD Garden, where the Boston Bruins hosted the Anaheim Ducks. During a break in the second period, Lucchino and Bruins president and former player Cam Neely brought the Commissioner's Trophy out on the ice.

Thursday night, Red Sox CEO Larry Lucchino took the World Series trophy to TD Garden, where the Boston Bruins hosted the Anaheim Ducks. During a break in the second period, Lucchino and Bruins president and former player Cam Neely brought the Commissioner's Trophy out on the ice.

The Bruins trailed 1-0 before the visit, but they tied it about 4½ minutes later and eventually won 3-2 in a shootout.

#BPShoutout to the #WorldSeries Champions @RedSox! Love the PASSION y'all played w/ all year and especially, those BEARDS!!! #BostonStrong

Ballplayers from other teams were impressed with the Red Sox title. One was Cincinnati Reds Gold Glove second baseman Brandon Phillips.

Even on Capitol Hill, there was some Red Sox love. White House Press Secretary Jay Carney opened his Thursday news briefing in a Boston cap with a few comments about the new champions. (H/T to politico.com)

Then there's Wally, the team's mascot. He seems to be missing ... or maybe he's still out partying. Hopefully, he'll make it to the parade. If you see Wally, please tell him to call the ballpark and not to shave his beard.

Plot twist turns up heat on Kershaw
Clayton Kershaw could have been pitching the clincher tonight. Instead, he will be trying to save the Dodgers, writes Martin Rogers.
33 mins ago

World Series Top Plays: Game 4
The Rays stunned the Dodgers in a game for the ages. Here are the top plays from Game 4.
13 hours ago