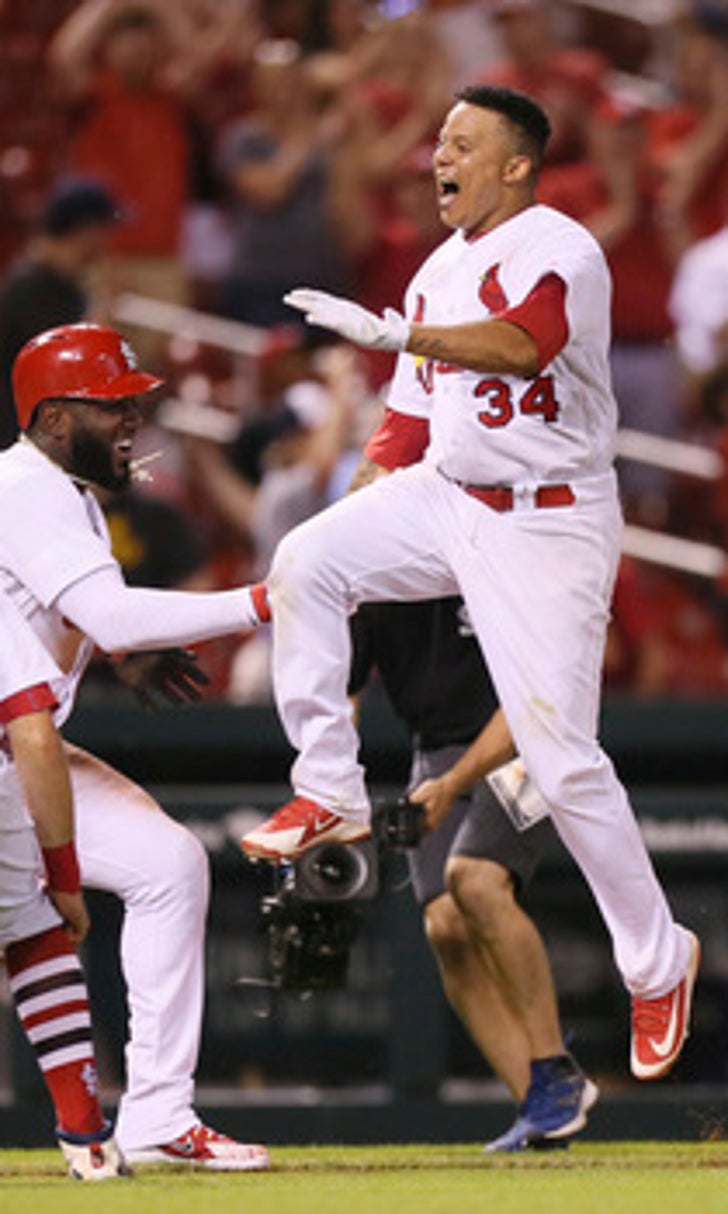 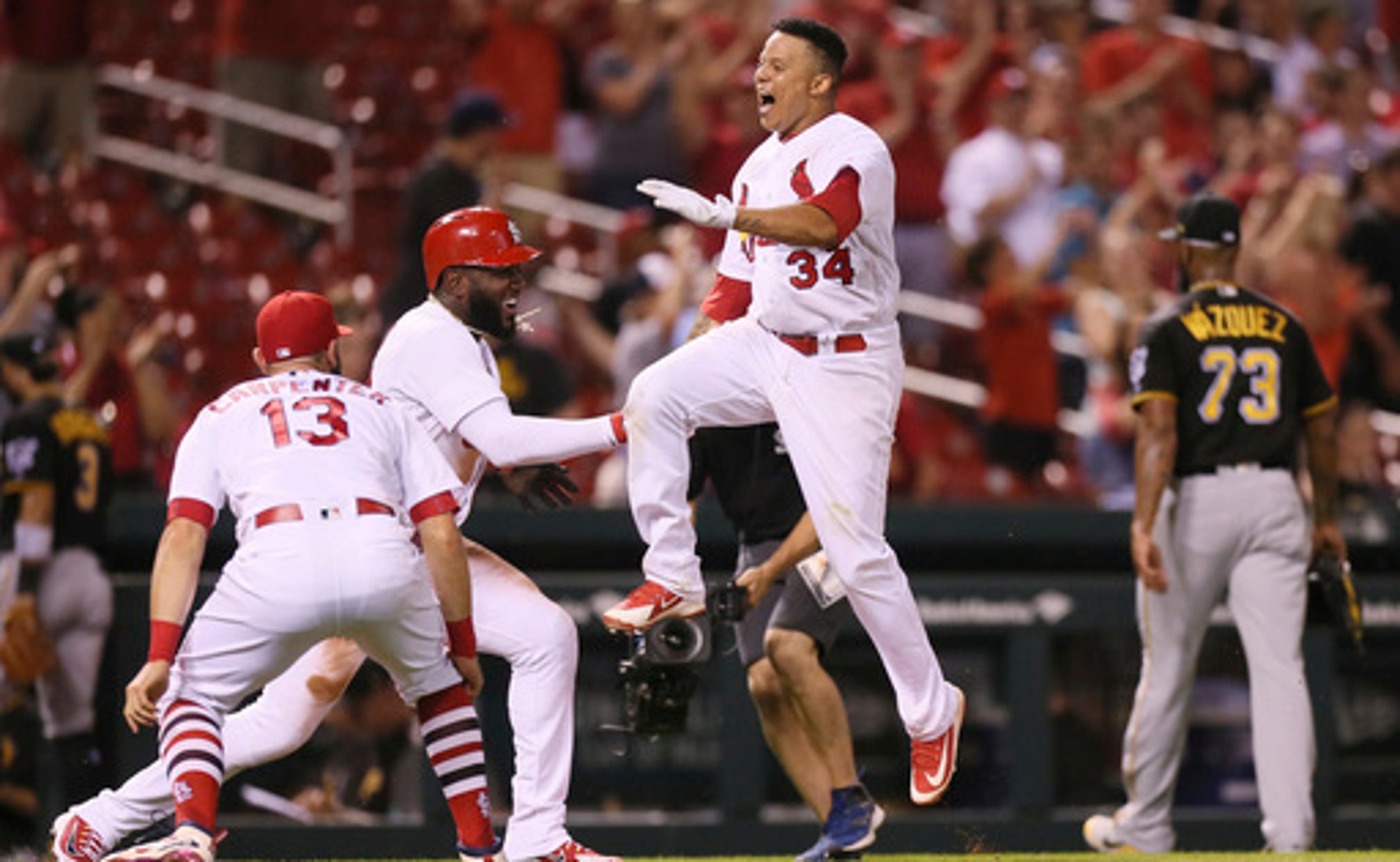 ST. LOUIS (AP) Yairo Munoz was just looking for a fly ball to the outfield.

Instead, he connected for the biggest homer of his career.

Munoz capped St. Louis' five-run ninth with a three-run drive, lifting the Cardinals to a 10-8 win over the Pittsburgh Pirates on Thursday night.

With runners on the corners and no one out, Munoz drove the first pitch he got from Felipe Vazquez (2-2) over the wall in center for the second homer of his rookie season.

Francisco Cervelli hit a tiebreaking three-run homer in the eighth to give Pittsburgh an 8-5 lead. But the Pirates couldn't hold on and lost in St. Louis for the fifth straight time and 12th in the last 14.

Munoz also had a two-run single in the first inning. He had five RBIs in 21 games coming into the day.

''I was hoping I was going to get an opportunity to help the team,'' Voit said. ''Unbelievable way to kick off the series.''

Voit was called up from Triple-A Memphis earlier in the day. It was his first at-bat with the Cardinals this season.

''There's guys that get overwhelmed in that situation and he's not like that,'' St. Louis manager Mike Matheny said. ''He had that look in his eye.''

Munoz followed with his game-ending homer, the first by a St. Louis rookie since Kolten Wong on July 8, 2014.

Mike Mayers (2-0), also recalled earlier in the day, picked up the win with 1 1/3 scoreless innings. He struck out two and needed just 12 pitches to record the four outs.

Pittsburgh rallied from an early 4-0 deficit thanks to Cervelli's homer.

''This is a rough way to finish that game,'' manager Clint Hurdle said. ''It was a really good battle for us. We just weren't able to even record an out.''

Gregory Polanco had his first three-hit game for the Pirates since opening day. Vazquez suffered his fourth blown save in the last five chances.

Pirates: RHP Ivan Nova, placed on the 10-day disabled list with a sprained right ring finger on Monday, likely will pitch in a simulated game before returning to the rotation. RHP Nick Kingham will start in Nova's spot on Sunday.

Cardinals: RHP Alex Reyes was placed on the 10-day disabled list with a right latissimus dorsi strain after tossing four scoreless innings on Wednesday in Milwaukee. Cardinals vice president and general manager Michael Girsch indicated Reyes will miss at least two starts and likely more. ''It is significant,'' Girsch said. ... C Yadier Molina will make a rehab start for Double-A Springfield on Saturday. Molina suffered a pelvic injury with a traumatic hematoma on May 5. ... RHP Carlos Martinez gave up two runs and five hits in four innings for Springfield in a rehab start against Corpus Christi on Thursday. He stuck out four and threw 63 pitches. 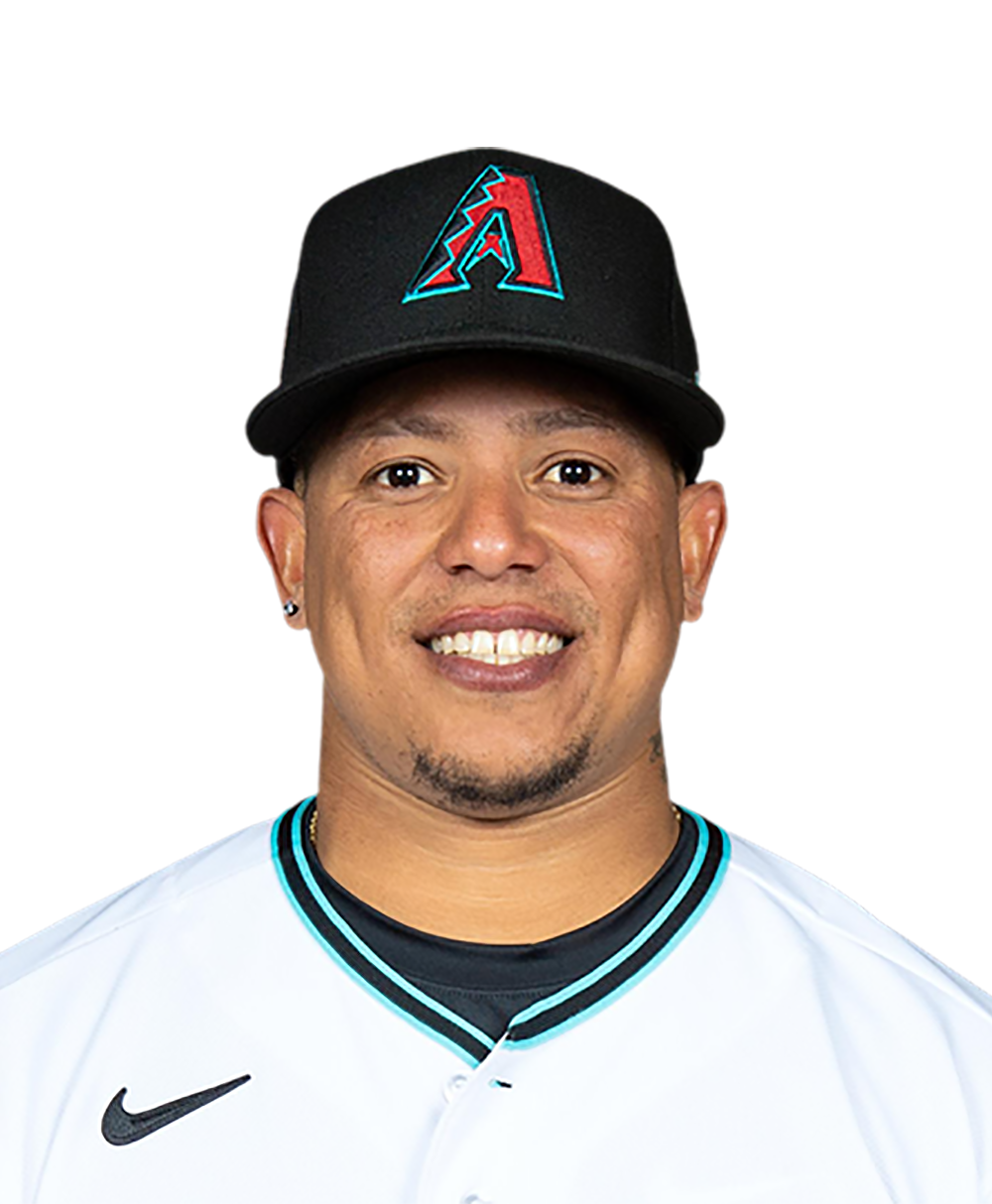 The Year Of Mookie Betts
Someone had to have a great 2020. Why not the man who brings such joy, Charlotte Wilder writes, that everyone roots for him?
just in

Bellinger's Bomb Sends Dodgers to World Series
Los Angeles stared down a 3-1 deficit and came up clutch when it mattered. Now, they'll try to finish what they've started.
17 hours ago

Dodgers Say Not Today
From Corey Seager catching fire to a Will Smith vs. Will Smith showdown, Game 5 was exactly what L.A. needed to stay alive.
2 days ago
those were the latest stories
Want to see more?
View All Stories
Fox Sports™ and © 2020 Fox Media LLC and Fox Sports Interactive Media, LLC. All rights reserved. Use of this website (including any and all parts and components) constitutes your acceptance of these Terms of Use and Updated Privacy Policy. Advertising Choices. Do Not Sell my Personal Info