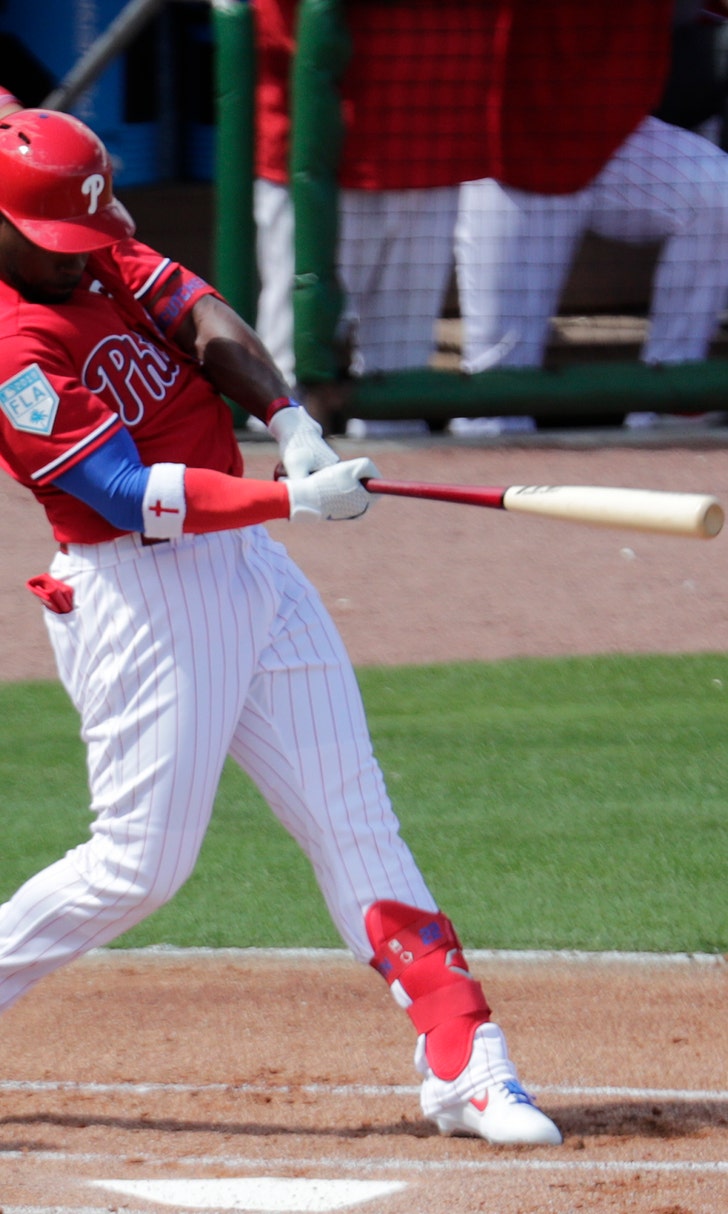 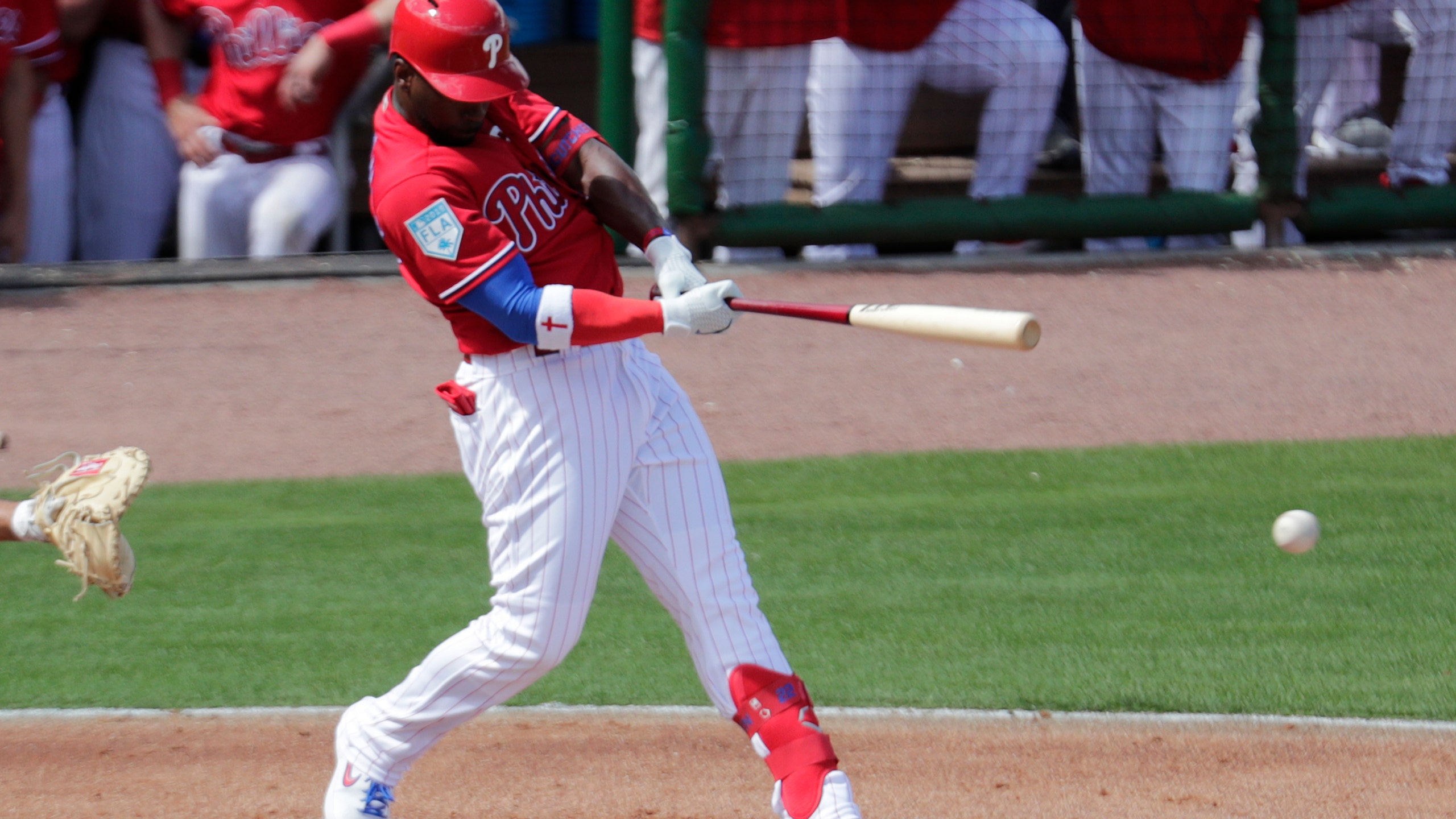 CLEARWATER, Fla. (AP) — While the Phillies wait to see whether Bryce Harper will sign with them, a trio of other big names took their first swings for Philadelphia.

Segura went 1 for 3 while McCutchen and Realmuto each went hitless in two at-bats.

Despite their debuts, Harper remains a focal point of discussion.

"I saw a helicopter circling around here the other day and we were joking like, 'Hey, it would be funny if he just landed and got out,'" McCutchen said. "We all know what he's capable of doing. He changes the team a lot for whatever team that he is on."

The Phillies recently made a big trade to acquire the All-Star Realmuto from Miami. Segura was obtained in December while 2013 NL MVP McCutchen signed as a free agent.

Under first-year manager Gabe Kapler, the Phillies were a surprise contender for much of 2018 until falling apart the final two months. They led the NL East with the second-best record in the league one week into August before going 16-33 over the final 49 games to finish with a losing record for the sixth straight year.

"I just want to win a championship and I think this team is capable of that," McCutchen said. "A good first half last year and added some pieces to the puzzle to be an even better team."

When asked why he signed with the Phillies, a smiling McCutchen said "see what they offered me?"

McCutchen agreed to a $50 million, three-year contract. "There's a lot that went into it, that being one of them," McCutchen said. "It just felt like it was the right thing." McCutchen returns to the National League after finishing up last season with the New York Yankees. He spent his first nine seasons in Pittsburgh, joined San Francisco last year and then was traded to the Bronx.

Put Bonds In The Hall Now
Steroids or not, Barry Bonds is the best hitter in baseball history, and it's time he made it to Cooperstown, argues Ben Verlander.
7 hours ago