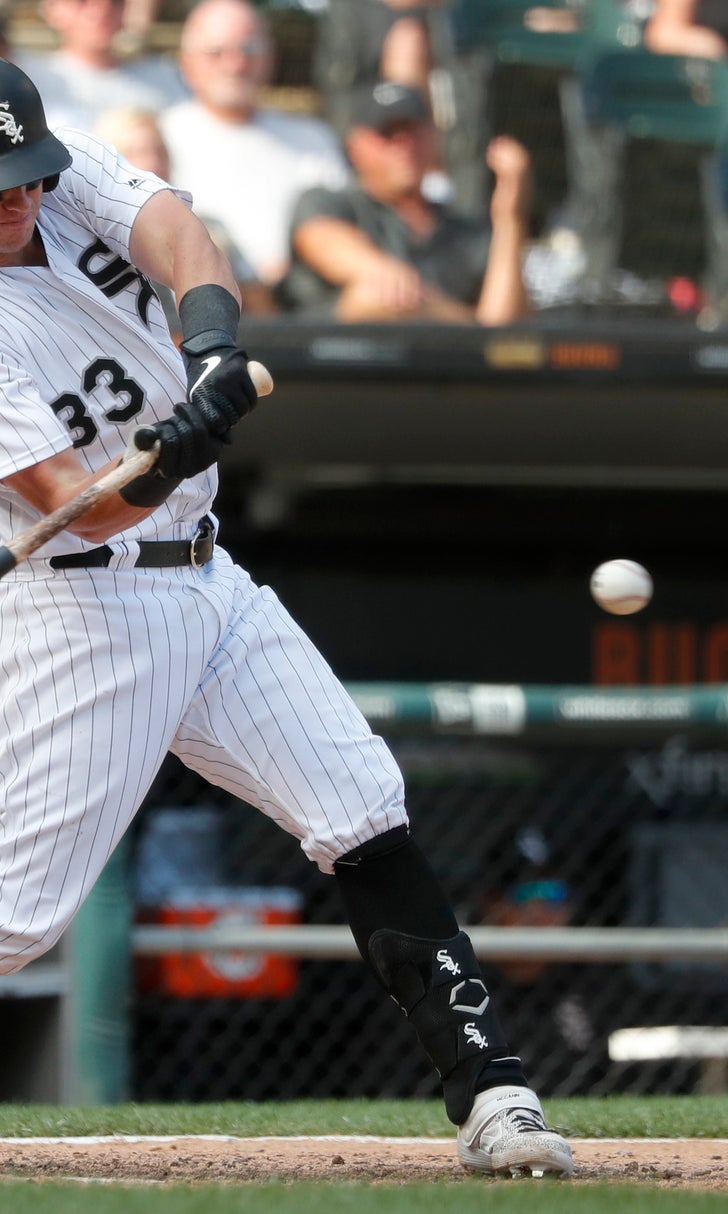 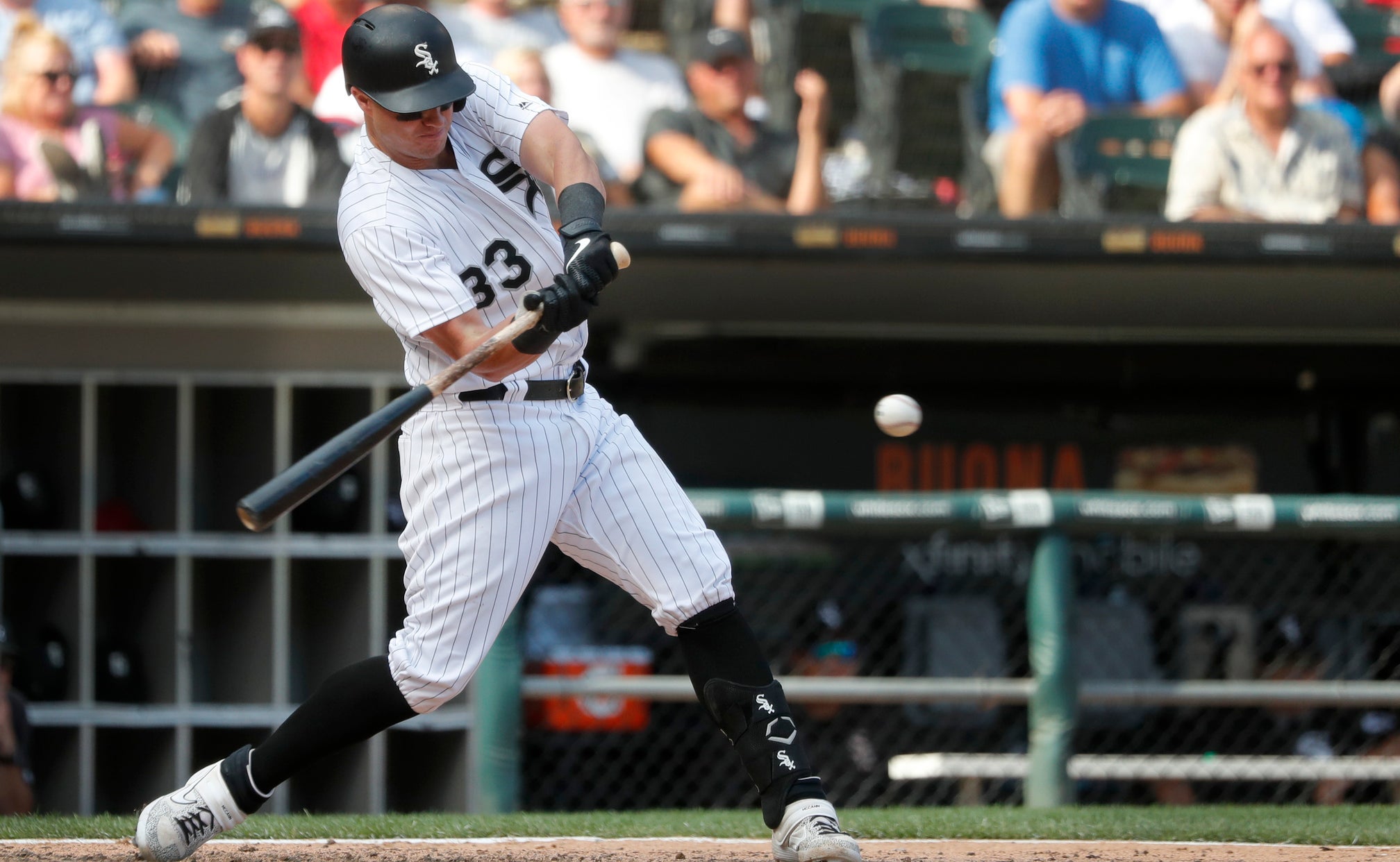 McCann hit a tiebreaking grand slam in the eighth inning and Chicago outlasted the Houston Astros 13-9 Wednesday to win the season series from the runaway AL West leaders.

McCann lined his 13th homer on an 0-2 pitch from Ryan Pressly (2-3) with two outs into the right field bullpen to end a 16-game stretch without going deep. The All-Star catcher's first homer since July 22 was his fourth career grand slam and lifted Chicago to a wild victory after the Astros rallied late to tie it.

"We very easily could have folded and given into them with the talent they have over there," McCann said. "We kept fighting and kept pushing and never gave in.

"I was just trying to get something up and elevated. I hit it pretty good and was thankful that it went."

Following a doubleheader split on Tuesday, Chicago (54-65) took two of three games from the Astros in a little over 24 hours and finished 4-3 against them this year. Houston has lost three of four following an eight-game winning streak.

"It's really good because that is one of the best teams in the business right now," said Jiménez, whose tape-measure shot reached the shrubs in the center field batter's eye. "We competed at a high level."

José Altuve hit a two-run homer off Evan Marshall in the Astros eighth to tie it at 9.

Chicago also overcame a pair of solo shots by Yuli Gurriel and a four-hit day by Michael Brantley that included two doubles. Alex Bregman drove in three runs for Houston after missing Tuesday's twinbill with a sore shoulder.

"At the end of the day, we got outplayed on both sides of the ball," Astros manager A.J. Hinch said. "They were swinging the bats pretty well. They didn't miss a mistake. All in all, not a great day."

José Abreu and Welington Castillo each had two RBIs for the White Sox.

Two of Chicago's four unearned runs in the second inning scored on Yolmer Sanchez's suicide squeeze bunt when Miley tried to shovel the ball with his glove to Robinson Chirinos, but flung it over the catcher's head.

"That was stupid," Miley said. "It was the second inning of a baseball game. With our offense, just take the out and move on, tie the game up."

Chicago starter Ross Detwiler allowed four runs on six hits and two walks in 4 2/3 innings and left with a 7-4 lead.

The Astros jumped ahead 1-0 in the first on back-to-back doubles by Brantley and Bregman. Gurriel lofted his first homer off the left-field foul pole in the second to make it 2-0.

The White Sox pounced on two Astros errors in the second and rallied for four unearned runs.

Gurriel lined his 25th homer of the season to center in the sixth. Abreu replied with an RBI single in the bottom half for an 8-5 lead. Jiménez's shot in the seventh made it 9-7.

The Astros recalled RHP Cy Sneed from Triple-A Round Rock. He's 0-0 with a 3.75 ERA in three appearances with Houston this season. RHP Joe Biagini was optioned to the farm team on Tuesday.

Astros: RHP Gerrit Cole underwent tests on his right hamstring in Chicago after being scratched at the last minute from a start in the second game of Tuesday's doubleheader and after the game said the injury is "not super serious."

Cole experienced discomfort in his leg while warming up and never took the mound. The right-hander will accompany the team to Oakland and doesn't know if he'll miss his next scheduled start, next Monday against Detroit.

White Sox: 3B Yoán Moncada (strained right hamstring) worked out with the team on Wednesday, then left for a rehab assignment with Triple-A Charlotte. ... INF/OF Leury Garcia (bruised finger on right hand) was available off the bench.

Astros: RHP Aaron Sanchez (5-14, 5.60) faces Athletics RHP Mike Fiers (11-3, 3.30) at Oakland on Thursday. Sanchez goes for his third straight win since coming to the Astros in trade from Toronto at the deadline. Fiers is 9-0 with a 2.12 ERA dating to his no-hitter against Cincinnati on May 7.