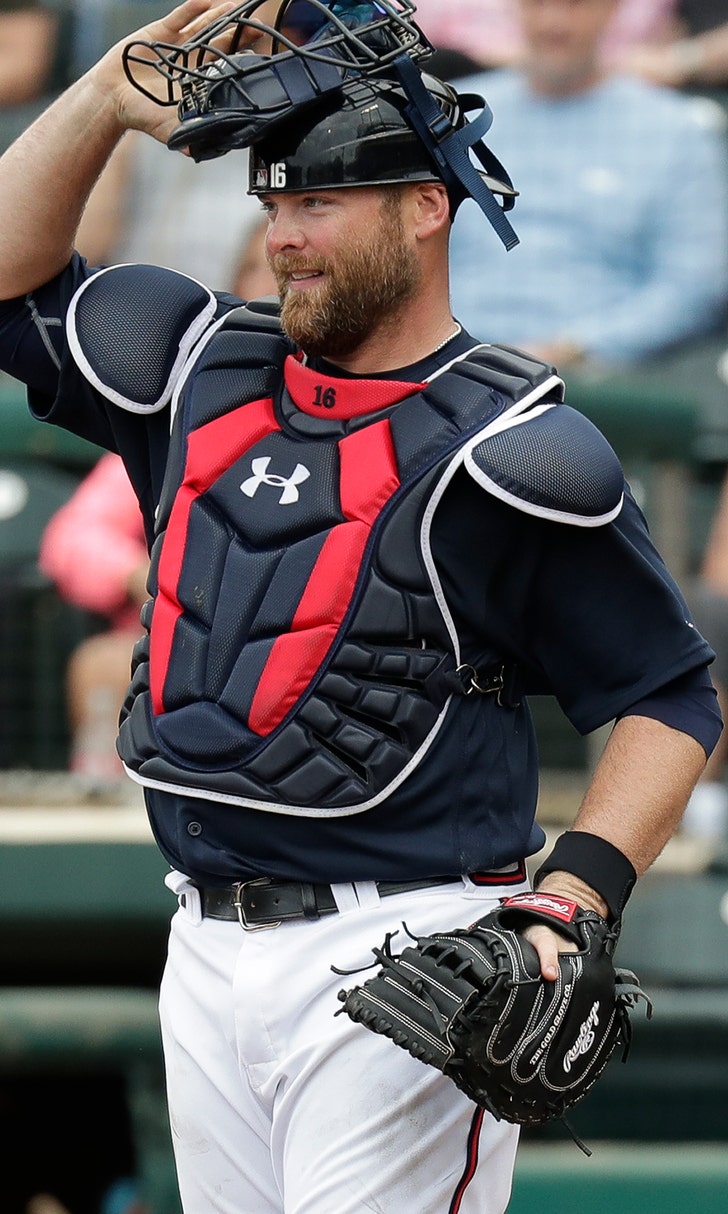 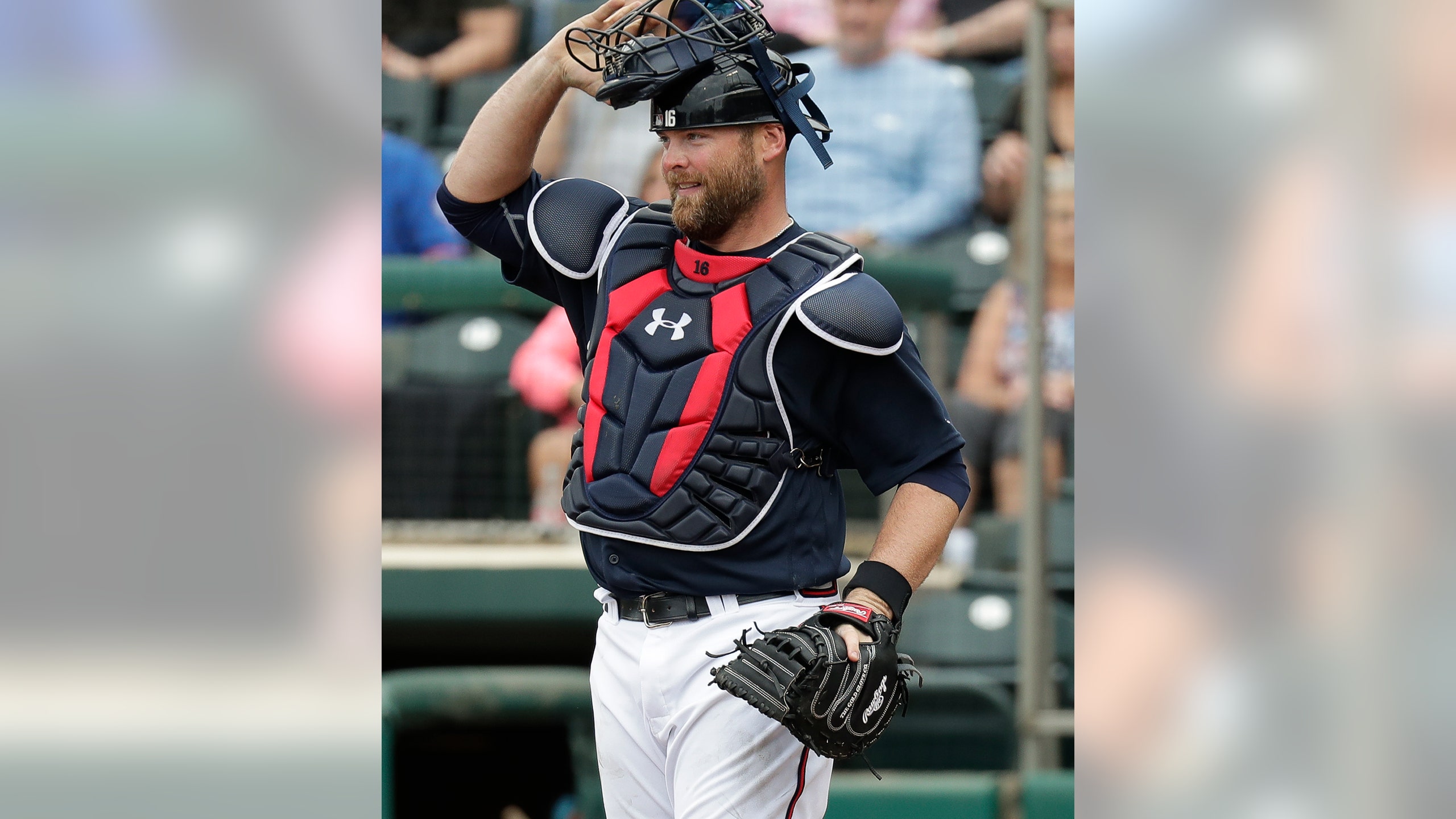 McCann catches for Braves for 1st time in 5 years

After three years with the New York Yankees and two with the Houston Astros, the 35-year-old McCann was back behind the plate for the Braves on Tuesday as a platoon player.

"Nothing's changed," McCann said. "The clocks on the wall are the exact same. It's funny. But it's good to be back."

McCann, who missed two months in the middle of last season after surgery on his right knee, is one of several Braves veterans whose spring training debuts have been delayed slightly by injury considerations.

Veteran reliever Darren O'Day, who missed the second half of last season after having surgery on his right hamstring, threw a bullpen session on Monday.

"We've got more time than we need to get him ready," manager Brian Snitker said.

Mike Soroka, a 21-year-old right-hander whose bid for a spot in the starting rotation has been set back by a tender shoulder, will probably resume throwing on Thursday.

McCann caught four innings of Tuesday's 4-3 exhibition win over a split squad of New York Mets. He went 0 for 2 and felt the normal rust of playing in a game for the first time in four months.

"From Day One, calling a sign is weird. Setting up is different," he said. "You're retraining your body where to go, what to do. No matter how much work you put in a back field, when you get into game speed it's another ballgame."

McCann caught all seven games for the Astros in their World Series victory 16 months ago. The veteran who has caught 1,494 major league games expects to go into the season as the left-handed part of a catching platoon with Tyler Flowers.

"Back in the day you wouldn't want Brian McCann platooning with anybody because you wanted him in there," Snitker said. "The last three years we've gone with two guys (Flowers and A.J. Pierzyski in 2016, Flowers and Kurt Suzuki in 2017-18) and got good results. We hope to do the same thing this year. We've got two catchers who aren't everyday guys at this stage of their careers. We've shown that we can make this thing work."

Swanson, who last played on Sept. 25 and then had surgery to repair a partially torn ligament in his left wrist, has been practicing all baseball activities including hitting, which he did in Atlanta before coming to spring training.

"He feels good and it's just a matter of getting strength back on a daily basis," Snitker said. "But physically — legs, arms, things like that, he could play today."

Donaldson, who signed a one-year contract in November, played in just 52 games with Toronto and Cleveland last season due to a strained left calf muscle.