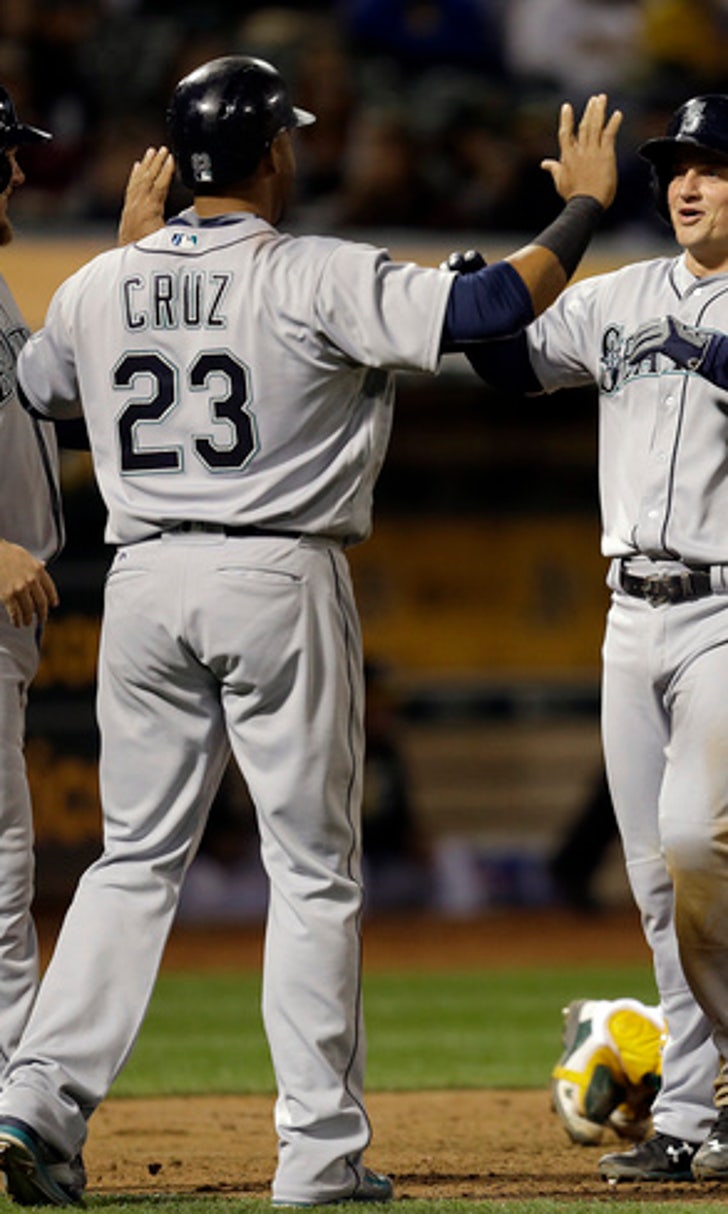 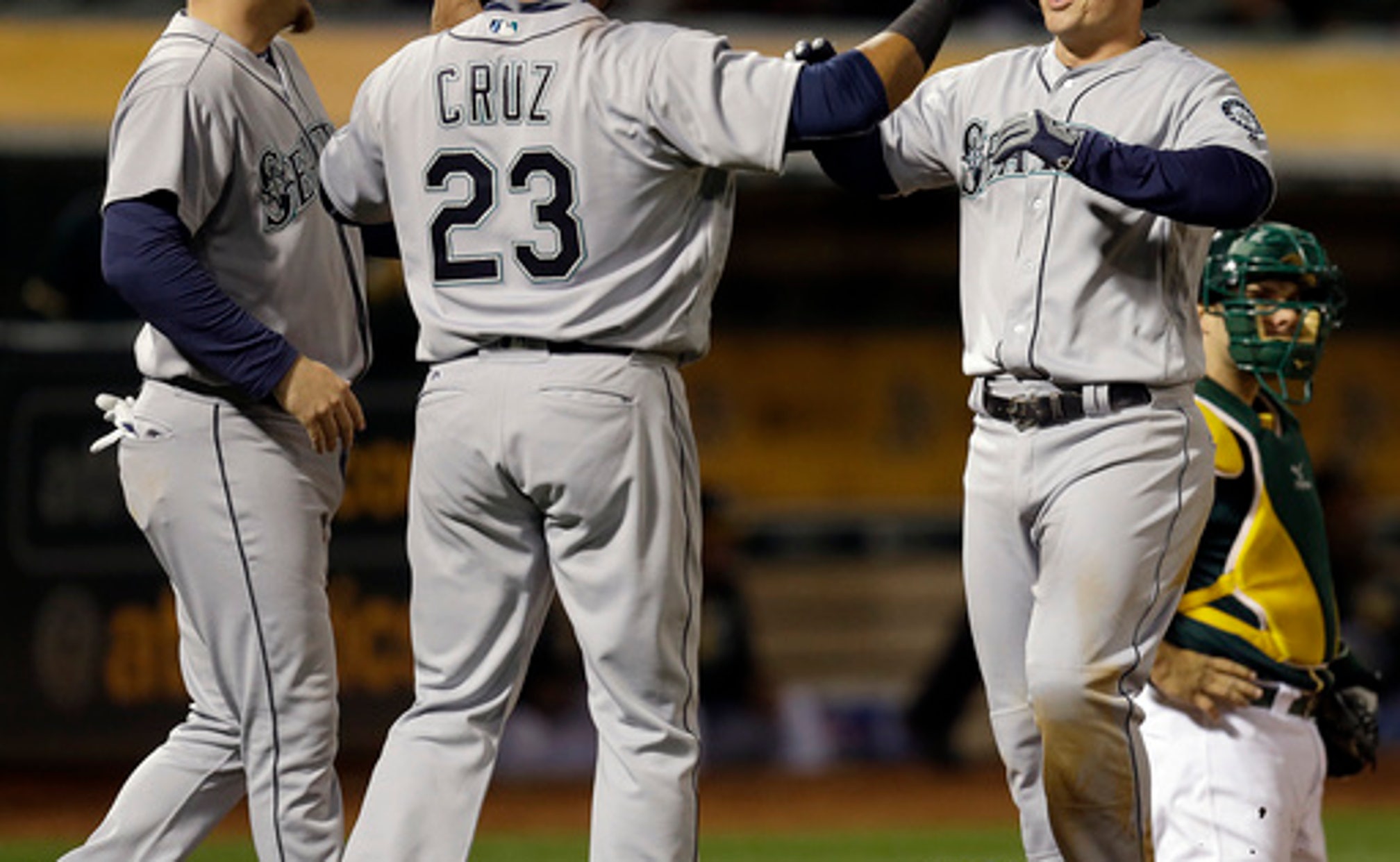 Mariners hit 3 home runs to power past the Athleti 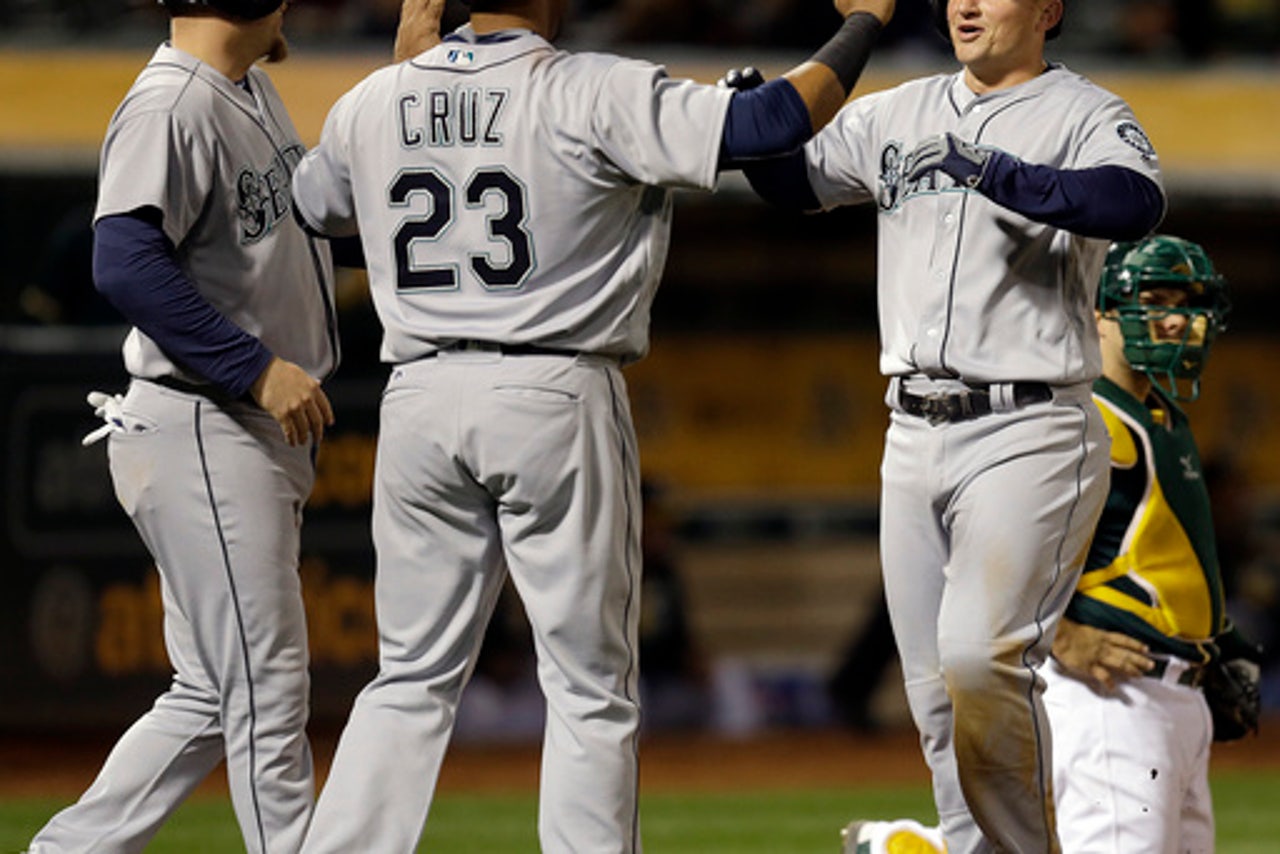 OAKLAND, Calif. (AP) Hisashi Iwakuma felt the game was on the line when he faced a bases loaded situation in the second inning. After getting through it unscathed, the offense came alive to give him some breathing room.

''I was able to execute pitches when I had to and the defense saved me a few times,'' Iawkuma said through an interpreter. ''The game was on the line early and the defense really helped.''

Iwakuma (1-3) took a shutout into the sixth inning and allowed four hits to end a career-worst, four-game losing game dating to last September. He walked two and struck out three.

''I had a lot of life on my fastball, especially down in the zone,'' he said. ''I was able to get strike one, get ahead of the hitters.''

Norichika Aoki and Adam Lind drove in runs for the Mariners, who have won 10 of 13. Aoki has hit safely in all 14 games he's had an at-bat against the A's.

Khris Davis homered and Jed Lowrie had two hits and drove in a run for the A's, who have lost five of seven and have dropped six consecutive series to the Mariners.

''It's temporary. We have to be tough outs and stay within ourselves. It will come,'' Davis said. ''We have to have the confidence we'll pick each other up.''

Sonny Gray (3-3) allowed a career high-matching seven runs and 11 hits in his seven-plus innings. He walked one and struck out six in losing his second straight decision.

''You don't figure to score more than, maybe, three against him,'' Cano said. ''But we all go through that and we were able to take advantage.''

Gray, coming off the shortest start of his career, gave up Martin's two-run homer in the third.

''His stuff was good at times,'' A's manager Bob Melvin said. ''He made the one bad pitch to Martin. Cano hit a good pitch out to left. He had movement, was down in the zone. It just got a little bit out of hand.''

Cano, who also doubled and scored, led off the fourth with his team-leading ninth homer. Seager drilled a three-run homer off Marc Rzepczynski in the eighth.

The A's loaded the bases with two outs in the second, but a nice play from Ketel Marte ended the threat. Marte went 2 for 4 and is hitting .370 against the A's. Steve Clevenger had two hits for Seattle.

RHP Steve Johnson was recalled from Triple-A Tacoma and joined the team before Tuesday night's game. Johnson (5-1, 4.25 ERA) appeared in parts of three seasons with Baltimore, including six relief appearances last year. He made five starts with the Orioles.

''It's obviously awesome to get called up,'' Johnson said. ''First time with another organization. I just worked hard in the minors and luckily got the call. I wasn't really sure what to expect. I just wanted to go out and prove myself.''

Mariners: RHP Tony Zych was placed on the 15-day DL with tendinitis in his rotator cuff. ''He's just kind of had some nagging soreness in his shoulder, back and forth probably for the last week or 10 days,'' Mariners manager Scott Servais said. ''That's why he hasn't been in there consistently.''

Athletics: INF Danny Valencia (hamstring) went 0 for 3 in a rehab game Monday and was with Oakland taking batting practice and working with A's coach Ron Washington. He'll get a second rehab start Wednesday and will most likely rejoin the team on its road trip, which begins Friday in Baltimore.

Mariners: RHP Felix Hernandez (2-2, 1.38) makes the start Wednesday afternoon in search of his 146th career win, which would make him Seattle's all-time winningest pitcher. He's 11-3 in 22 games at the Coliseum.