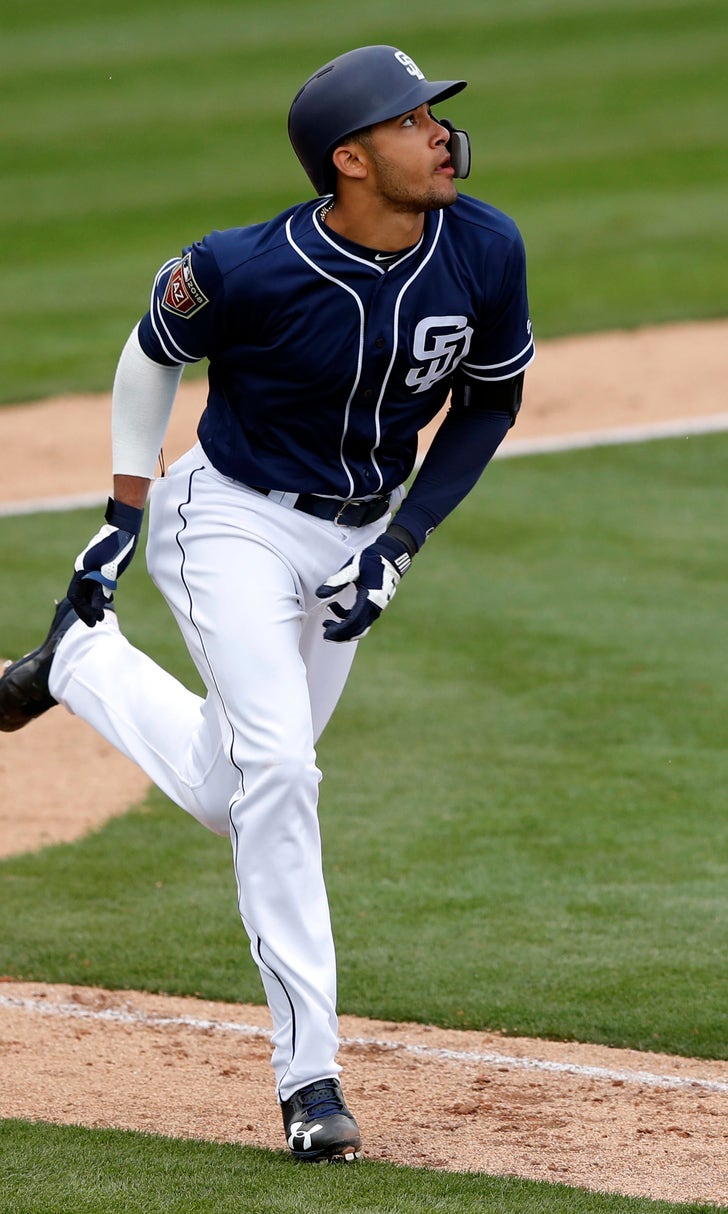 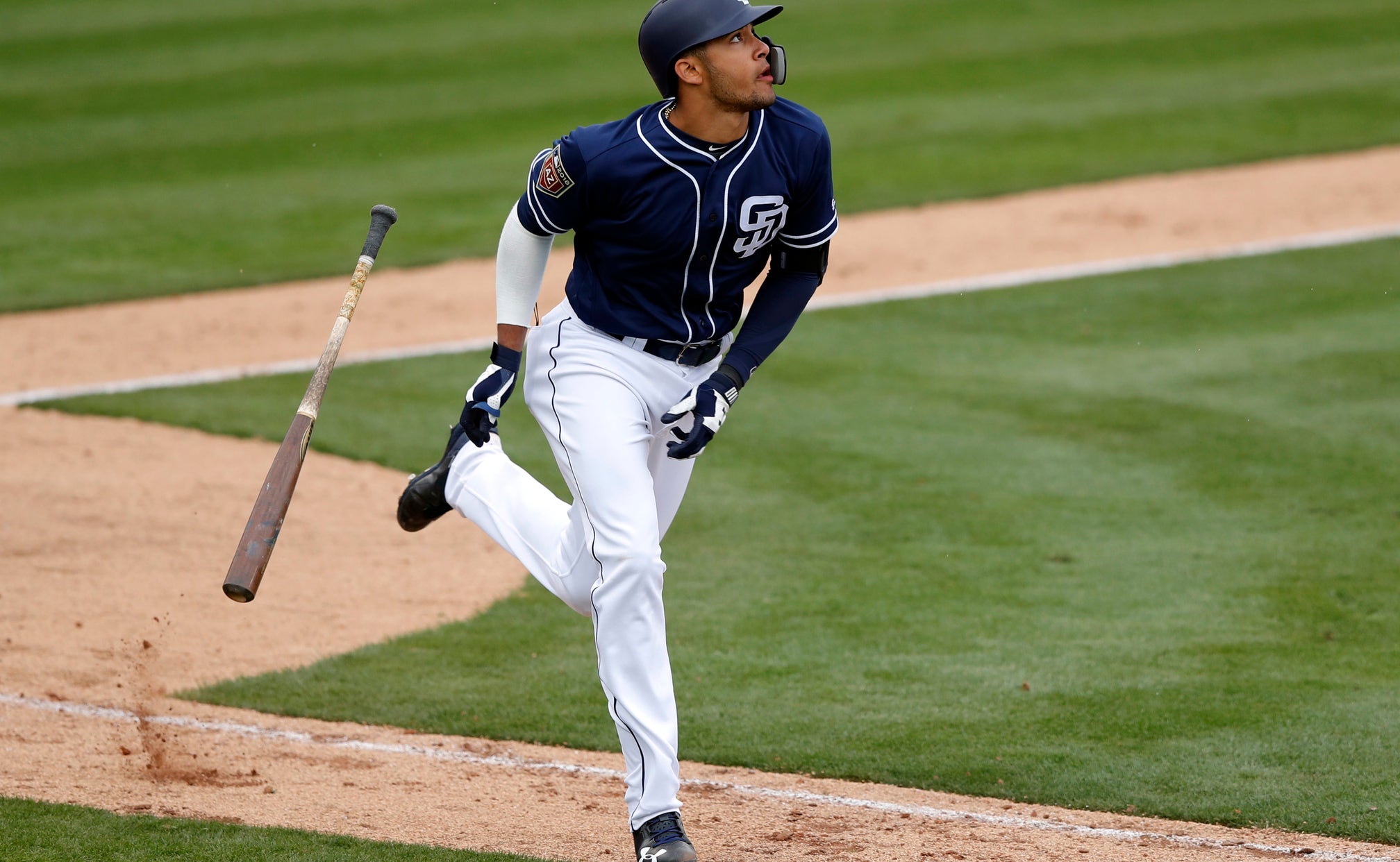 Tatis' bat flip after hitting a walk-off homer in a Dominican Winter League playoff game in early January went viral on social media. Fans envision the 20-year-old doing it at Petco Park, perhaps with fewer theatrics than players can get away with in winter ball.

Tatis' eagerly awaited major league debut most likely will come this year, if not on opening day then after he gets some time in Triple-A.

"He's going to tell us by how he plays," manager Andy Green said of Tatis, who will be in his second big league spring camp for the rebuilding Padres. "We're going to let him tell us. ... We're looking forward to watching him compete. He does a lot of really good stuff on a baseball field."

Pitchers and catchers report Wednesday and position players report on Feb. 18, with the first full-squad workout on Feb. 19.

After losing 96 games last year and missing the playoffs for the 12th straight season, the Padres checked in on the two big free agents, Bryce Harper and Manny Machado. If they don't land either one, then the focus will squarely be on Tatis, whose father played in the big leagues.

Tatis broke his left thumb sliding headfirst while in Double-A in July and missed the rest of the season. But he made up for the lost time during winter ball. Still, he's played only 2 ½ months above A-ball. Listed as the No. 2 overall prospect in all of baseball, Tatis was obtained from the Chicago White Sox for James Shields in July 2016 as general manager A.J. Preller began a deep rebuild following a failed win-now splurge prior to the 2015 season.

Here are some things to look for from the Padres in spring training:

NEW LOOK: The Padres were remarkably quiet in the offseason, adding only infielders Ian Kinsler and Greg Garcia, as well as right-hander Garrett Richards, who is rehabbing from Tommy John surgery and won't pitch this year. Gone are shortstop Freddy Galvis and left-hander Clayton Richard.

ROOKIES TO WATCH: While Tatis is still waiting to make his big league debut, infielder Luis Urias and catcher Francisco Mejia came up late last season. Urias will likely start the season at shortstop and keep the position warm for Tatis while Kinsler starts at second. Pitching prospects who will be in big league camp — and could be in the next wave of talent to crash on shore in San Diego — include Chris Paddack, Cal Quantrill and Logan Allen.

THEY'RE SET: First baseman Eric Hosmer looks to settle in after an underwhelming first year with the Padres and Austin Hedges returns at catcher, although he could be pushed by Mejia. Wil Myers moves from third base back to the outfield, most likely in left. "And then we're going to have some open competition almost all the way around the diamond to a degree right now," Green said. The Padres have six outfielders and will look at a number of alignments. In the rotation, Joey Lucchesi and Eric Lauer made their big league debuts last year and will head the young, relatively inexperienced rotation.

THEY'RE NOT: The biggest mystery is who will start at third base on opening day. It's possible that player isn't yet on the roster, just like Hosmer wasn't signed last year until the day the full squad reported to camp. If the Padres don't land a free agent, minor leaguers Ty France and Jason Vosler could get a shot. Kinsler could play third, too, although he's only logged two innings at the hot corner in his big league career.

ON DECK: It wouldn't be surprising if Preller added a veteran position player or starting pitcher before opening day on March 28 at home against San Francisco.