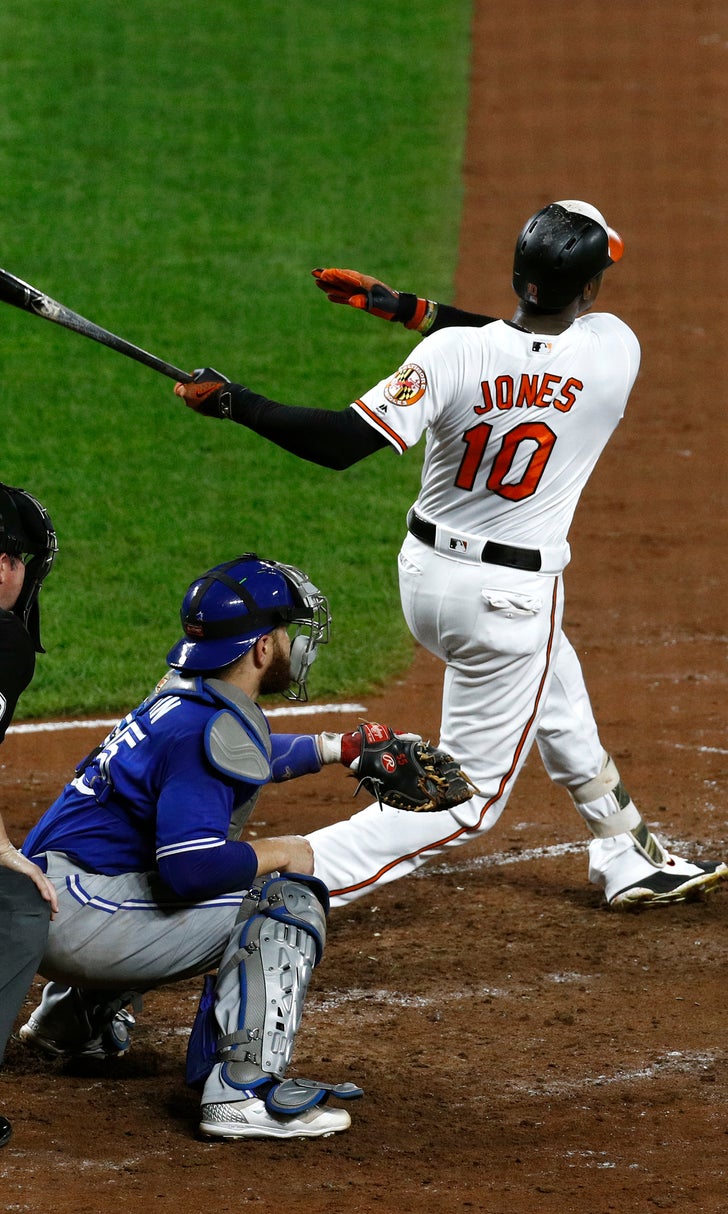 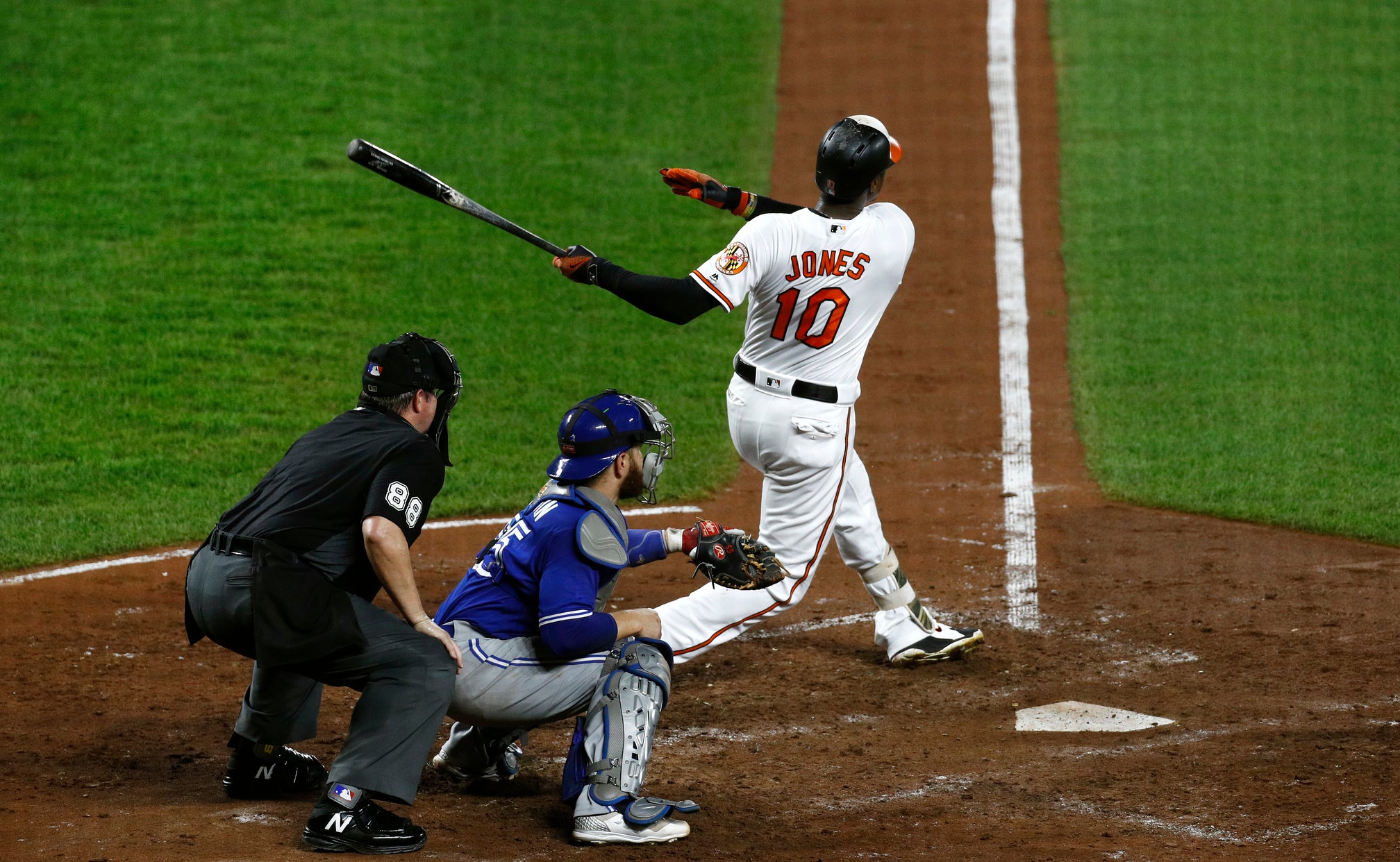 BALTIMORE (AP) — Residing among all those young guys in the clubhouse of the rebuilding Orioles is 33-year-old Adam Jones, one of few holdovers from an era when Baltimore was a contender in the AL East.

The old fella can still rake, and those around him can sure benefit from his experience.

Jones hit his second career grand slam , Trey Mancini had a solo shot and the Orioles beat the Toronto Blue Jays 10-5 Wednesday night to complete their first three-game sweep of the season.

The Orioles overcame a four-run deficit and three Toronto homers to become the last team in the majors to reach 40 wins. Jones led the charge, giving Baltimore a 5-4 lead with a fifth-inning shot off rookie Ryan Borucki.

His previous slam came on July 28, 2008, on the road against the New York Yankees.

After the Orioles traded Manny Machado, Zach Britton, Darren O'Day, Jonathan Schoop and Kevin Gausman before the July 31 trade deadline, Jones exercised his no-trade rights because he didn't want to leave after spending more than a decade in Baltimore.

He may not be back next year, but that doesn't appear to matter to Jones.

"It's just fun to see him have fun," Orioles starter Alex Cobb said. "He's meant so much to this organization, and for him to go out there and have big moments like that in a season that's kind of lost for us, it's fun to see and fun to be a part of."

For Jones, playing the game makes him smile, even during this kind of season.

"When you've got nothing to lose," he said, "you might as well let your hair down and do everything that you want to do."

After the Blue Jays tied it, the Orioles went ahead for good in the sixth on an RBI single by Austin Wynns off Danny Barnes (2-2).

Toronto committed four errors, two of them in a three-run eighth in which Jones singled for his career high-tying fifth RBI.

"Sometimes when things go bad, that's what happens late in games, especially when you're out of gas," Blue Jays manager John Gibbons said.

Baltimore outscored the Blue Jays 29-10 during its first three-game sweep since last August against Seattle. Prior to this series, Toronto was 12-1 against the Orioles.

Sean Gilmartin (1-0) pitched one inning of scoreless relief for Baltimore, and Mychal Givens got the final out for his fifth save.

Cobb yielded a season-high three homers but left with the score 5-all in the sixth, avoiding his 16th loss.

Smoak was 0 for 15 against Cobb before hitting his 21st home run in the first inning.

It was 4-0 before Mancini hit his 20th homer leading off the fourth. One inning later, the Orioles used three singles to load the bases with two outs when Jones sent a 3-1 changeup far over the left-field wall.

"I was in control, and then that fifth came along," Borucki said. "I made some good pitches and they got some good hits and just that bad changeup to Jones. He took advantage of it, and that's why he is who he is. He's supposed to hit those pitches. It's on me."

Travis chased Cobb in the sixth with his 11th home run, the last of his three extra-base hits.

Blue Jays: 3B Josh Donaldson (left calf) was 1 for 2 with a walk and an RBI on Tuesday in the first game of his rehabilitation assignment for Class A Dunedin. Donaldson has not played for Toronto since May 28.

Orioles: DH Mark Trumbo will have season-ending knee surgery in the next few days. Trumbo was placed on the disabled list Aug. 20. ... Rookie center fielder Cedric Mullins (hip) was excluded from the starting lineup for the third time in four days. "I'm going to be cautious," Showalter said. ... INF Steve Wilkerson (hamstring) will begin baseball activities next week, Showalter said.