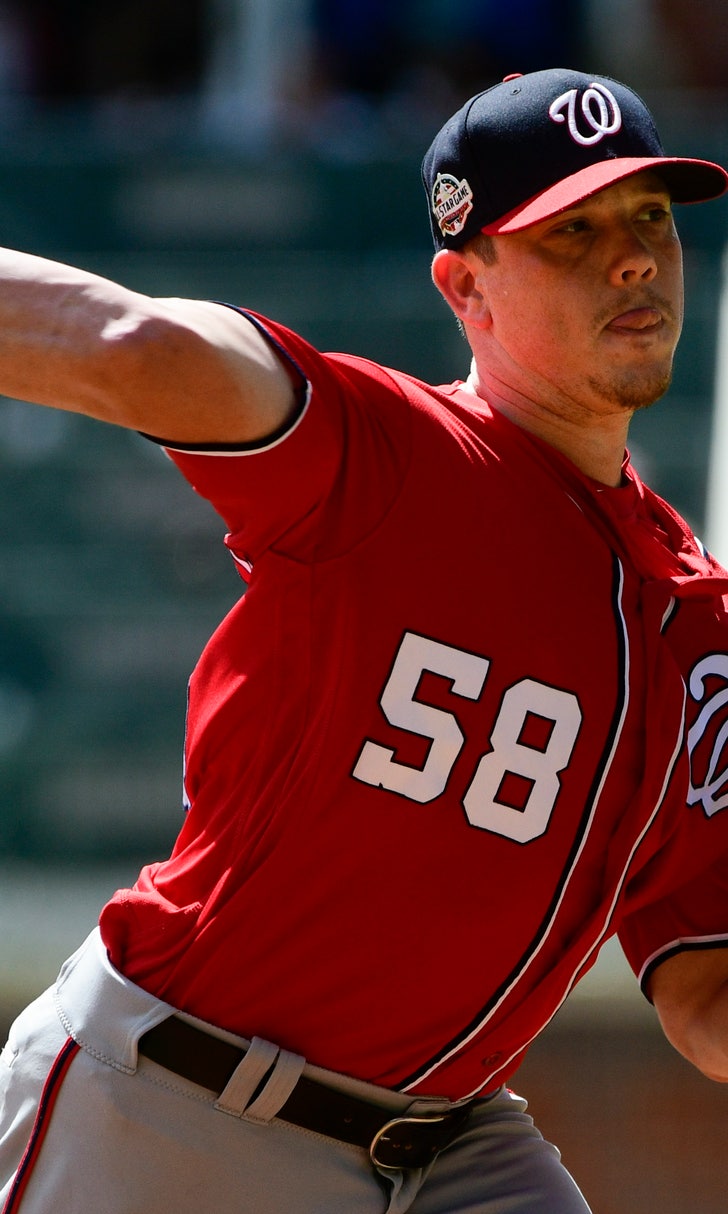 ATLANTA (AP) — Washington Nationals pitcher Jeremy Hellickson may miss the rest of the season after reinjuring his right wrist while batting in the fourth inning of Saturday's 7-1 win over the Atlanta Braves.

Hellickson sprained his right on Aug. 15 when he landed awkwardly while covering home plate after throwing a wild pitch at St. Louis.

He made his first appearance since and got hurt again. The 2011 AL Rookie of the Year is scheduled for an MRI on Sunday.

"The injuries have been pretty frustrating," Hellickson said. "All three were out of my control. To only make 19 starts stinks, so I've just got to think about other things and just try to get healthy."

Hellickson grimaced after fouling off the first pitch of his at-bat in the fourth inning, then swung and missed at a low and outside pitch. Hellickson walked to the dugout and was examined by director of athletic training Paul Lessard.