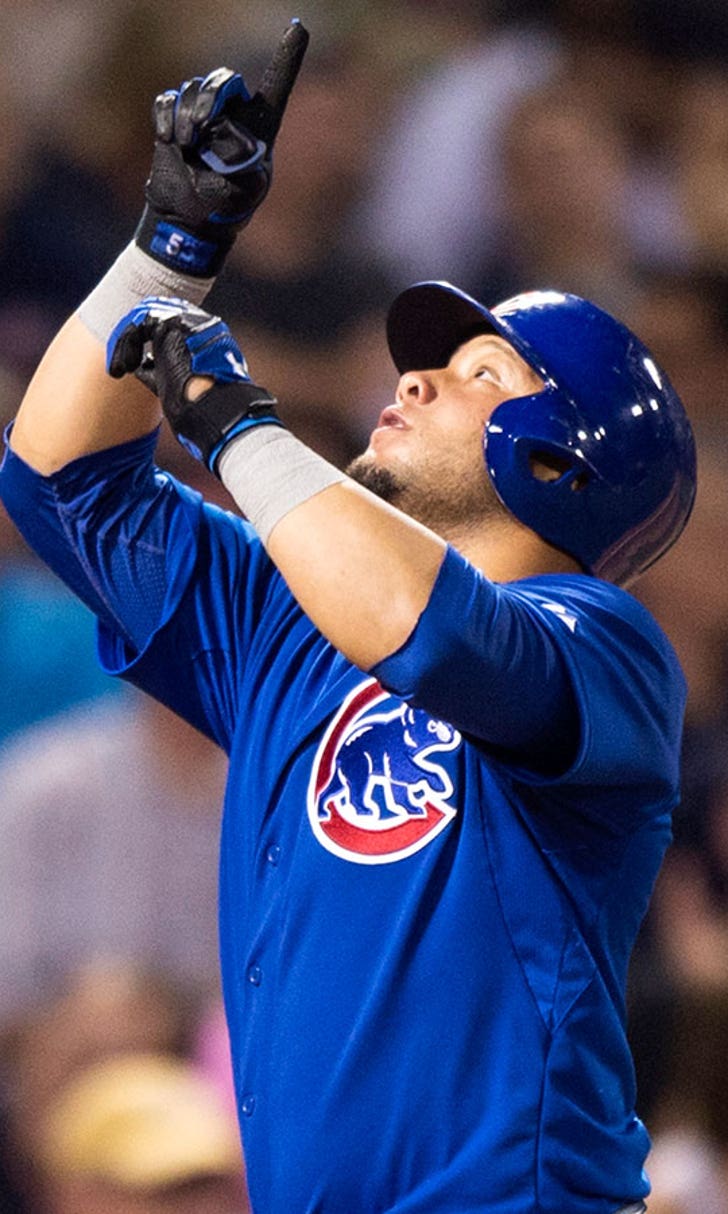 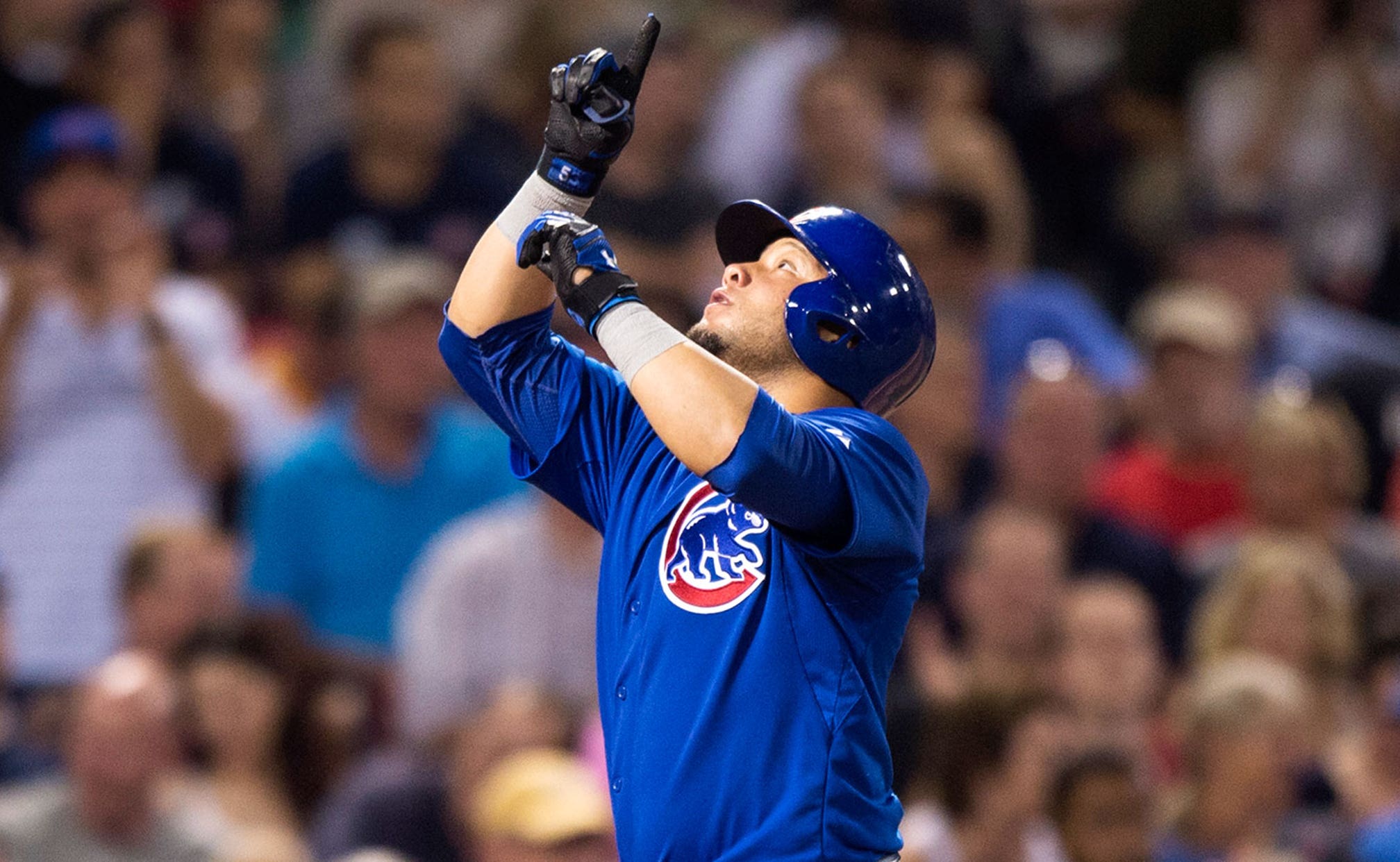 Cubs explode for 16 runs at Fenway, finish sweep of BoSox 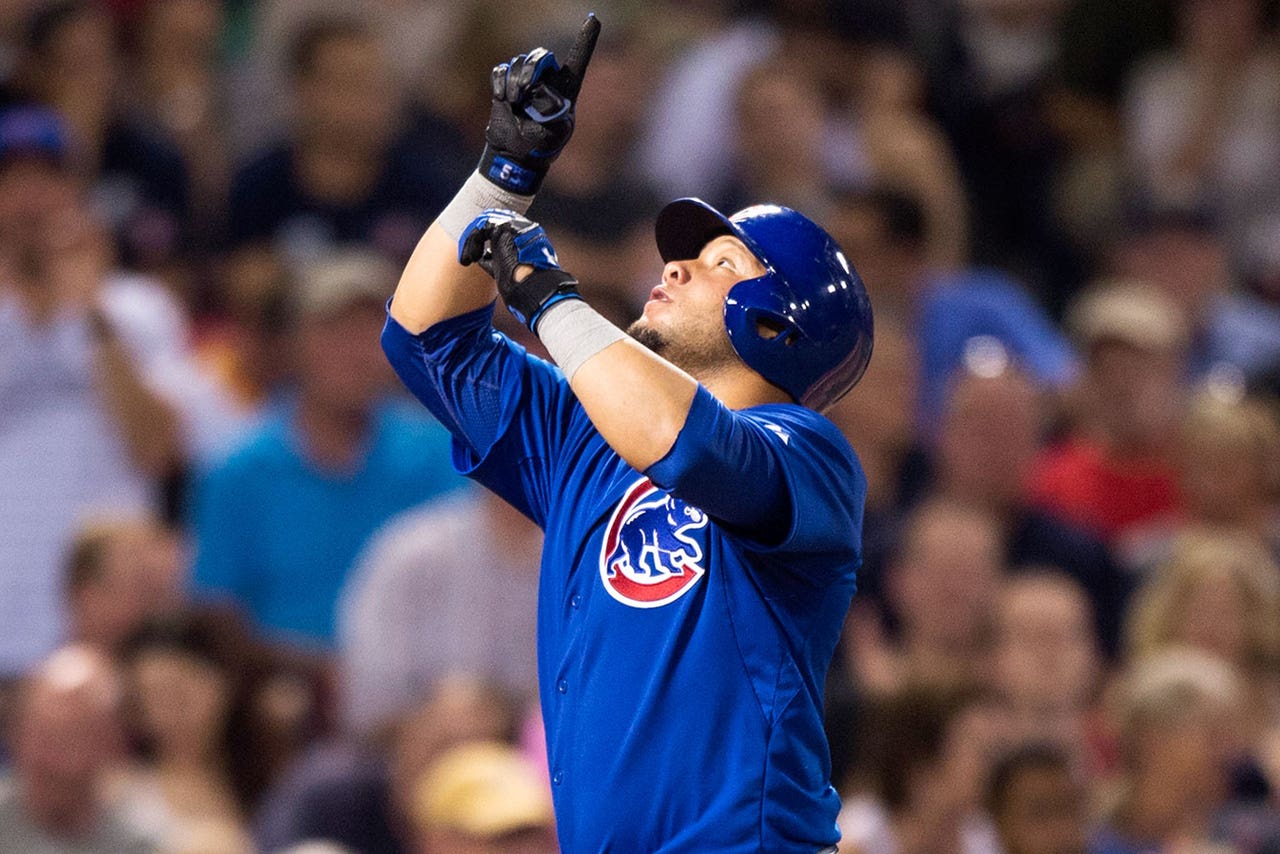 Chicago Cubs third baseman Mike Olt spent some of his childhood days in Fenway Park thinking about what it would be like to hit a homer over the Green Monster.

He made that dream a reality Wednesday night.

Olt, who grew up in Branford, Connecticut, attended UConn and made a nearly 2½-hour trek to Boston a handful of times to watch the Red Sox, belted a two-run homer, one of four hit by Cubs in a 16-9 rout that completed a three-game interleague series sweep.

"I'd be lying if I said I didn't," Olt said when asked if he ever dreamed about hitting one over Fenway's fabled wall. "We used to go to games up here and Yankee Stadium. It's big for me and nice to have the family here to see it."

Justin Ruggiano and Welington Castillo also hit two-run homers for the Cubs, who won for the sixth time in seven games away from Wrigley Field and posted their first interleague sweep of three or more games since taking three from Cleveland in 2009.

It was the Cubs' first interleague sweep on the road since winning three against the crosstown rival White Sox in 2007.

"Today they came in with the idea of hopefully having a good day, playing good baseball," Cubs manager Rick Renteria said. "They're happy about it and we'll go into the off day feeling good."

Mookie Betts hit his first major league homer for the Red Sox, who lost for the ninth time in 13 games.

Boston had its streak of holding an opponent to three or fewer runs in 14 straight home games snapped, the longest single-season stretch since the 1917 White Sox did it in 20.

Unlike the first two games of the series when the teams combined for five runs and Boston was held hitless for 7 2/3 innings in the opener, there was plenty of offense to force both starting pitchers out early.

"It's fun to take this series the way we did," Barney said. "Obviously our pitching has been good, if we give them a little more run support they'll be a lot better."

The teams combined for nine runs in the ninth inning — Chicago scored six — in a game that took 4 hours, 19 minutes.

Carlos Villanueva (4-5) allowed two runs in two innings of relief for the win.

"It was a rough night from the mound," Boston manager John Farrell said. "Starting off, Brandon had a difficult time getting the ball down in the strike zone and the conditions where it's hot, the wind is carrying the ball. We made a number of pitches up in the strike zone that they were able to take advantage of."

The Cubs jumped ahead 3-0 before making an out in the first. Ruggiano homered off a billboard above the Green Monster seats after Chris Coghlan drew a leadoff walk. Anthony Rizzo walked, stole second and scored on Starlin Castro's single. Workman then struck out Luis Valbuena, bringing a loud mock cheer from the sweltering crowd.

"I didn't really set a good tone. Three runs in the first kind of gets them in a swinging mindset, they start feeling good about themselves," Workman said. "I kind of got their bats warmed up for the bullpen and kind of put some guys in some bad spots in the game."

Boston's Jonny Gomes had a sacrifice fly before Chicago built its lead to 6-1 in the fourth. Olt hit his two-run homer into Monster seats and Barney tripled and scored on Coghlan's sacrifice fly.

Ortiz had a sacrifice fly and Gomes an RBI single, slicing it to 6-3, but Castillo homered into the center-field bleachers off reliever Felix Doubront in the fifth.

Betts homered into the Monster seats. Schierholtz homered in the eighth when many of the sellout crowd had already left.

Ortiz is the only active left-handed hitter with 1,000 extra-base hits. ... Farrell said OF Shane Victorino, on the 15-day DL since late May with a strained right hamstring, may take BP soon. He shagged fly balls in the outfield during BP, teaching rookie Betts how to handle the sun in right. ... Both teams are off Thursday. ... The Cubs are scheduled to open a three-game series at Washington on Friday at 11 a.m. when, in a statistical rarity at this point in the season, RHP Jason Hammel (7-5, 2.98 ERA) faces RHP Tanner Roark (7-5, 2.98). ... LHP Jon Lester (9-7, 2.92) is slated to go for the Red Sox against RHP Miguel Gonzalez (4-5, 4.56) when they open a three-game set against Baltimore.

Why the Rays will shine through
The Dodgers have countless advantages, but FOX Sports analyst Ben Verlander offers five reasons why he's picking the Rays.
53 mins ago