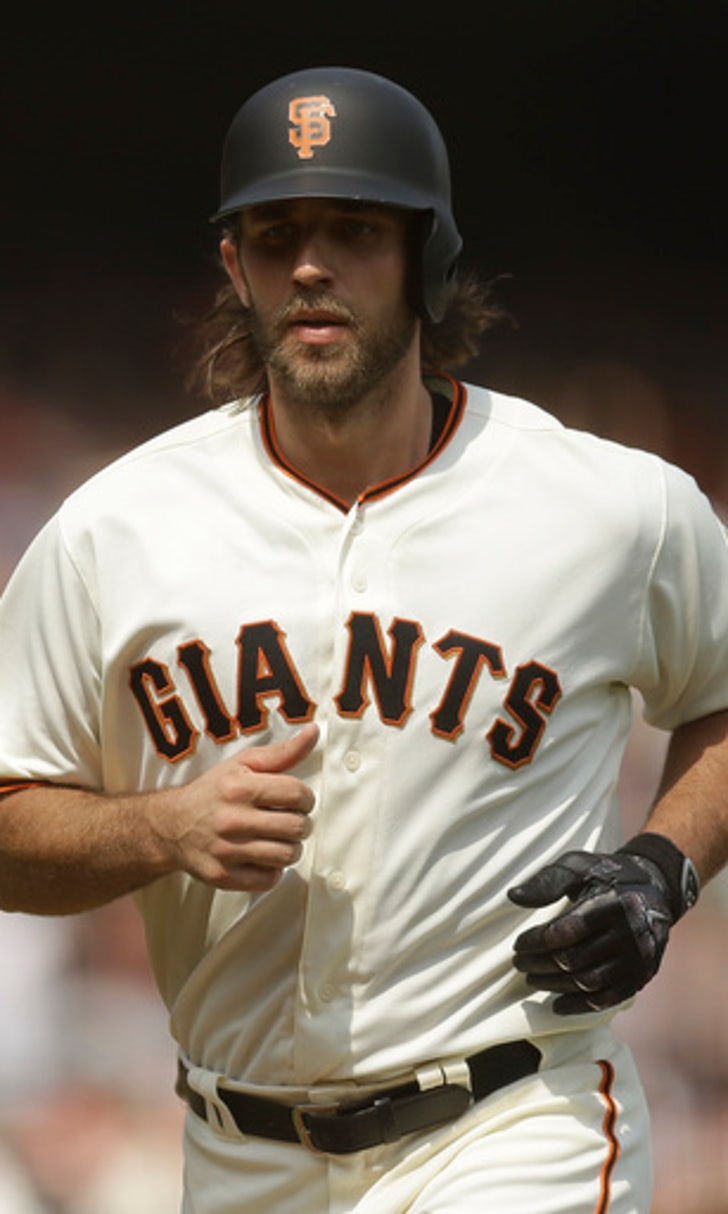 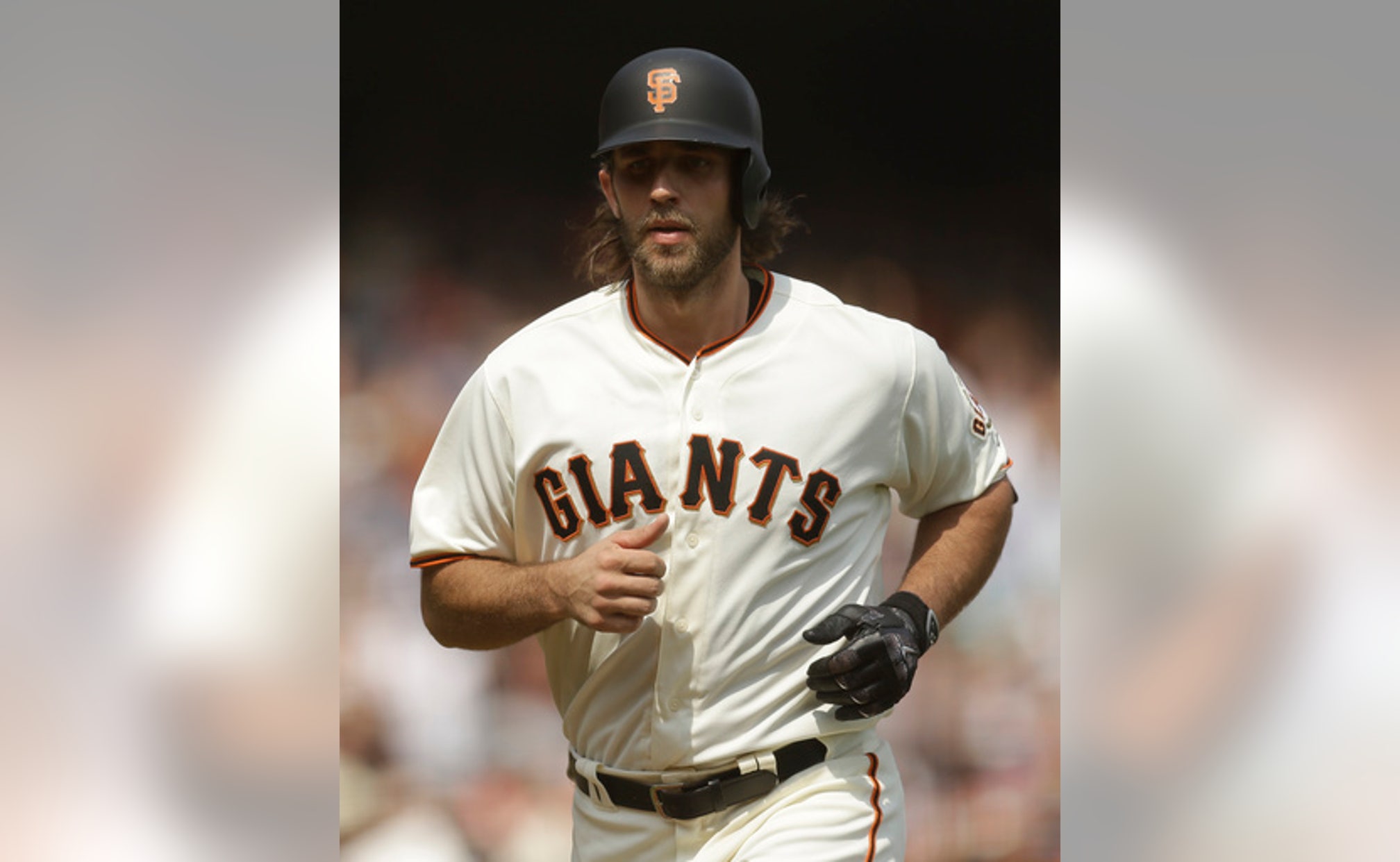 SAN FRANCISCO (AP) Even with star players resting or nursing minor injuries and manager Mike Matheny's mixing and matching, the St. Louis Cardinals keep slugging and are never content with a late lead.

And they're right in playoff contention at the start of September.

Harrison Bader hit a tiebreaking homer in the decisive sixth inning after Madison Bumgarner homered in the bottom of the fifth, and the Cardinals beat the San Francisco Giants 7-3 on Sunday to gain ground again in the wild-card race.

''It's big, especially against Madison,'' Jose Martinez said. ''We went out there trying to do our job and get good at-bats from the first inning. It worked for us, he made a couple mistakes and we took advantage of those.''

Paul DeJong hit a solo homer in the fourth for the first St. Louis hit and Martinez followed with a drive to nearly the same spot over the left-field fence. It was the seventh time the Cardinals hit consecutive homers this year.

Luke Weaver (4-1) struck out nine over seven innings to just miss a third straight start with double-digit Ks, helping St. Louis move within three games of Colorado in the race for the NL's second wild card.

Bumgarner (3-7) hit a solo drive in the fifth for his third homer of the year. It was his first time clearing the fences since he went deep twice on opening day April 2 at Arizona. He missed nearly three months following an April 20 dirt bike accident.

Martinez and Yadier Molina added consecutive RBI doubles in the decisive sixth, and Martinez hit another run-scoring double in the seventh and Bader singled home a run.

Bumgarner retired his first 11 batters before DeJong's 21st homer. The 2014 World Series MVP, who was scratched Thursday night with the flu, allowed five runs and five hits in six innings.

''I didn't give us a chance to win today, I let that game to get away from me,'' said Bumgarner, who matched his career high with three homers surrendered. ''I can't let that happen.''

Center fielder Gorkys Hernandez made a sensational play in Bumgarner's six-pitch first inning, leaping high over the wall in left-center to snag Tommy Pham's deep fly for the second out.

''That's one of the best catches we've seen all year,'' Matheny said.

Bumgarner became the first pitcher to hit at least three homers in four straight seasons since Earl Wilson accomplished the feat in five consecutive years from 1964-68, according to STATS, LLC.

The Giants dropped their first series at home in the last seven, having won or split six in a row.

Matheny, who finished his 13-year big league catching career with the Giants in 2006, appreciates the greater awareness and care when it comes to concussions.

He said medical personnel he worked with estimate his total at 25 to 30 documented concussions - and he figures it's higher given how many he had in the minors while taking foul tips and being run over blocking the plate.

''I think one season I got flattened seven times,'' the 46-year-old Matheny recalled. ''That was just the way we were taught the game is you lay in front of the plate. ... I had one player in particular got me three times, a college football player.''

Matheny isn't sure he would have had the same career or even reached the majors if he didn't play that way.

Cardinals: CF Dexter Fowler was held out after his hip tightened up after he slammed into a base hard Saturday. He was set to be re-evaluated Monday. ... 1B Matt Carpenter sat out his second straight game in a planned break for rest. ''We're trying to get him right, we're going to need him right,'' Matheny said. ... LF Pham returned after missing two games with a bruised thumb he hurt sliding into second Thursday night.

Giants: As the time passes that 1B Brandon Belt continues to deal with a concussion and if it becomes another couple of weeks, manager Bruce Bochy said it could ''be doubtful he'd play this year.'' ... With LF Jarrett Parker out injured, the Giants brought Mac Williamson a bit sooner than planned to be the primary left fielder in the coming week. The Giants hope Parker's mild left side strain will heal in time for him to return during next weekend's series against the White Sox in Chicago.

Giants: RHP Chris Stratton (2-3, 3.82 ERA) is scheduled to make his sixth major league start Monday at Colorado. He took the loss in an 11-0 defeat Aug. 27 at Arizona despite 10 strikeouts and two earned runs allowed over six innings.

Grateful Dead, Phish & A Wild Series
Songs from the Grateful Dead & Phish brought joy to fans during the World Series broadcast. Martin Rogers has the story.
3 hours ago