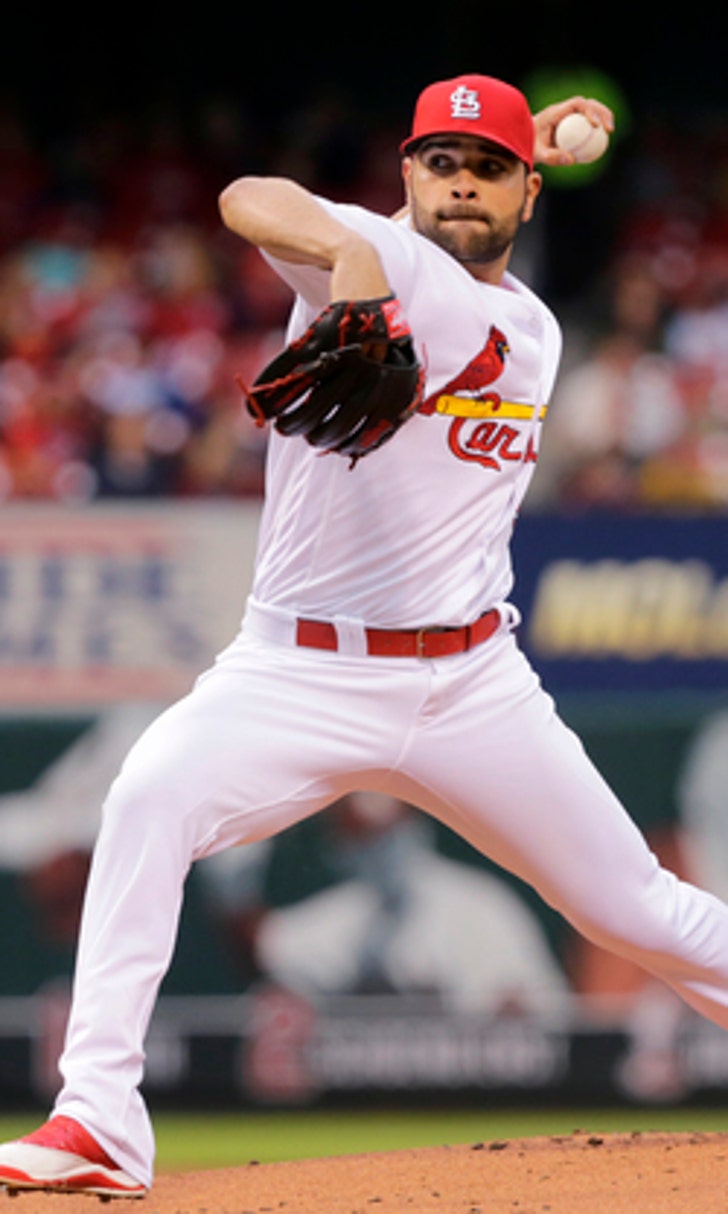 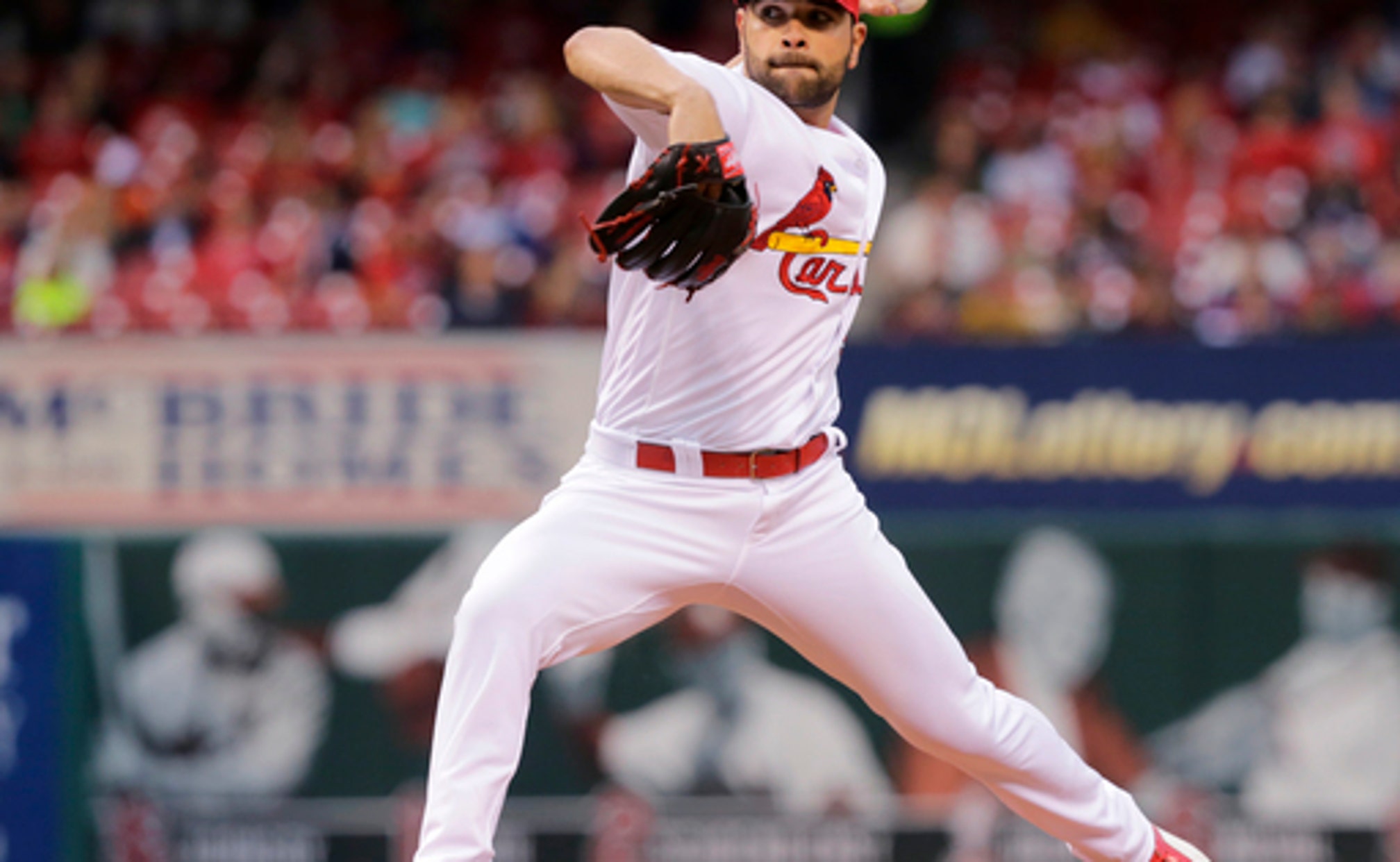 Cardinals fall short against Bettis and Rockies in 3-1 loss 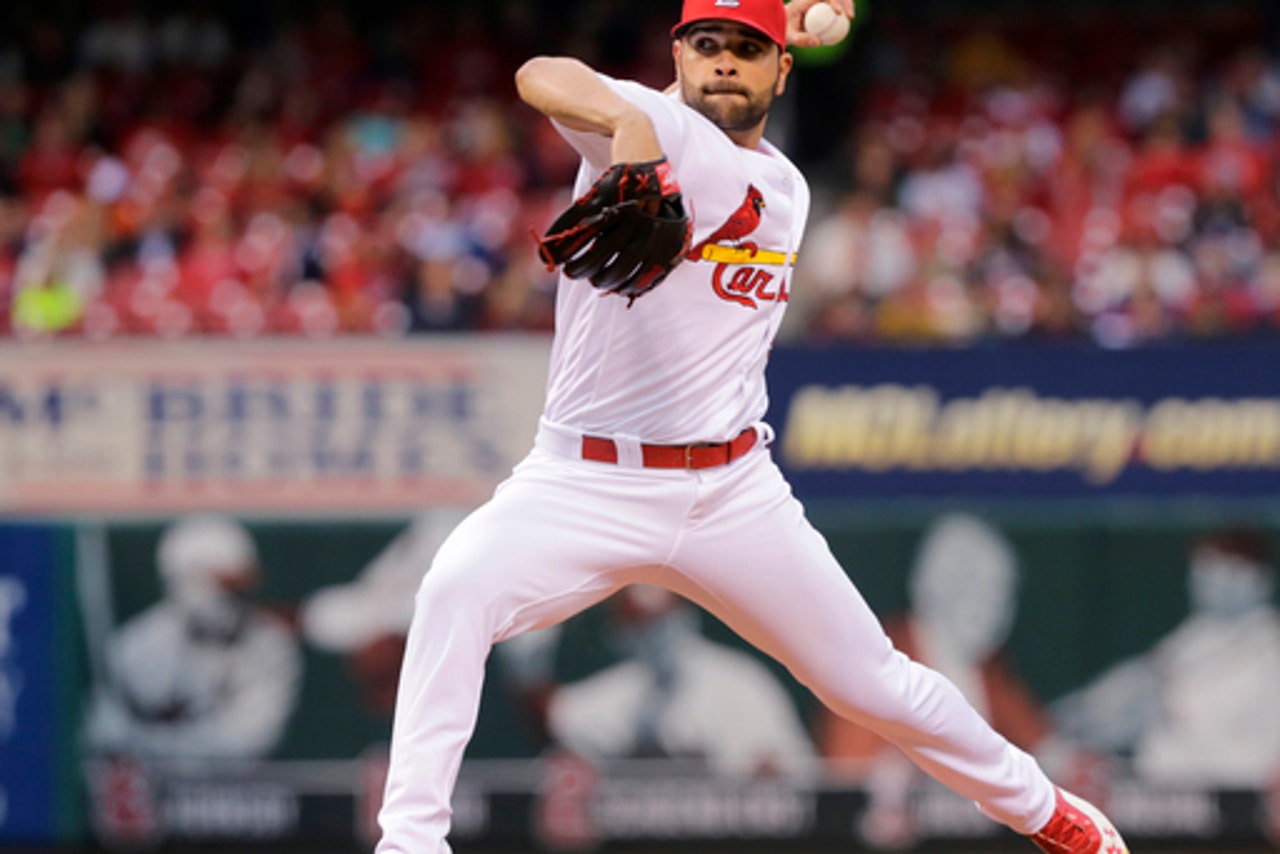 ST. LOUIS (AP) The Cardinals just couldn't get much going against Chad Bettis and the Arizona Diamondbacks.

St. Louis, second in the National League in home runs, was held hitless until the fifth inning and scoreless until the seventh in a 3-1 loss to the Diamondbacks on Tuesday night.

Bettis (4-2) got 11 outs on ground balls and didn't give up a hit until Jeremy Hazelbaker beat out an infield single leading off the fifth. Kolten Wong added another infield single in the inning but the Cardinals' threat ended when Matt Carpenter hit a fly ball that was caught just short of the right-field fence.

''It looked like Carp got that ball,'' Cardinals manager Mike Matheny said. ''This was the first time really all season it looked like the ball didn't carry. But Carp got into that ball and with two guys on, that's a 3-3 game.''

Brandon Moss, who flied to deep center when pinch-hitting in the fifth before Carpenter came up, added: ''It was playing very big, windy, cold and damp. There's nights like that. They had to deal with the same conditions.''

Bettis gave up five singles in 6 2/3 innings, walking two and striking out four. Jake McGee got the last three outs for his fifth save in the past six days and 13th of the season.

''He was in control,'' Rockies manager Walt Weiss said. ''An outstanding job. There were a lot of ground balls, a lot of poor swings.''

The win was the Rockies' season-best fifth straight and just their fifth in 22 games at Busch Stadium since 2010.

Neither team managed an extra-base hit.

Nolan Arrenado and Dustin Garneau had RBI singles, and Bettis added a run-scoring grounder off left-hander Jaime Garcia, who fell to 0-4 in his career against Colorado. Garcia (3-3) allowed three runs and five singles with four walks in five innings.

''They have a really good lineup. They weren't swinging at pitches close to the plate,'' Garcia said. ''I didn't execute the pitches when I needed to.''

The Cardinals finally reached Bettis in the seventh when they scored on consecutive two-out singles by Almedys Diaz, Kolten Wong and pinch-hitter Randal Grichuk. Wong reached base in all four of his plate appearances.

Bettis worked at least six innings for the eighth consecutive start in his first appearance at Busch Stadium. He allowed only two base runners in scoring position until tiring.

Three rookie relievers held the Rockies scoreless over the final four innings. Matt Bowman gave up one hit in two innings, Seung Hwan Oh struck out the side in the eighth and left-hander Dean Kiekhefer gave up a single while working a scoreless ninth in his second big-league appearance.

Hard-throwing RHP Alex Reyes, the Cardinals' No. 1-rated prospect, is expected to make his season debut Sunday for Triple-A Memphis. Reyes' fastball has been clocked at 101 mph in extended-spring training outings against minor-leaguers. Reyes has been serving a 50-game suspension for testing positive for marijuana last fall.

Rockies: RHP Jason Motte (shoulder) retired two of the five batters he faced against Round Rock in his third rehab outing for Triple-A Albuquerque. Motte has yet to pitch in the majors this season.

Cardinals: OF Tommy Pham (oblique) was sent to Memphis after being reinstated from the disabled list. Pham hit .281 in a 10-game rehab assignment split between Double-A and Triple-A.

Rockies: LHP Chris Rusin (1-1, 4.85 ERA) will make his fourth start after working out of the bullpen until April 30. He gave up four earned runs in 5 2/3 innings in a 5-1 loss against Arizona last Tuesday.

Cardinals: RHP Adam Wainwright (3-3, 6.80) allowed six earned runs and a season-high 11 hits in five innings against the Angels on Thursday. Wainwright has given up at least three earned runs in each of his first eight starts. He is 7-1 with a 1.45 ERA in his career against Colorado.