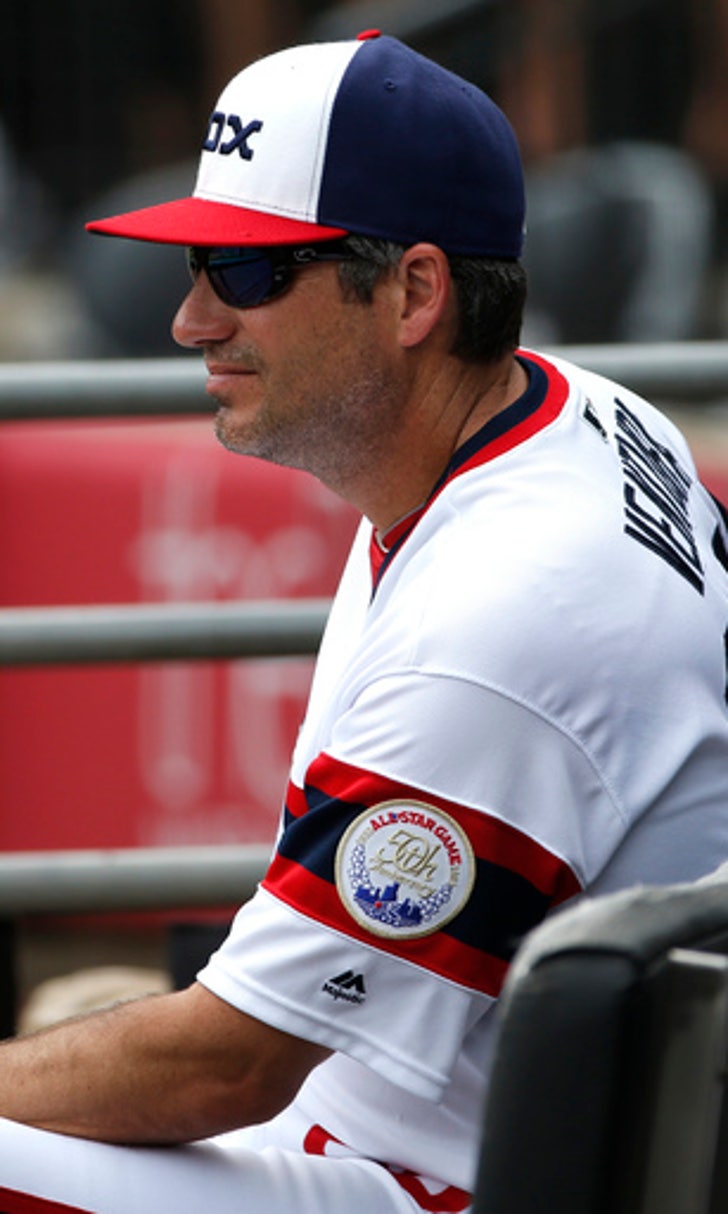 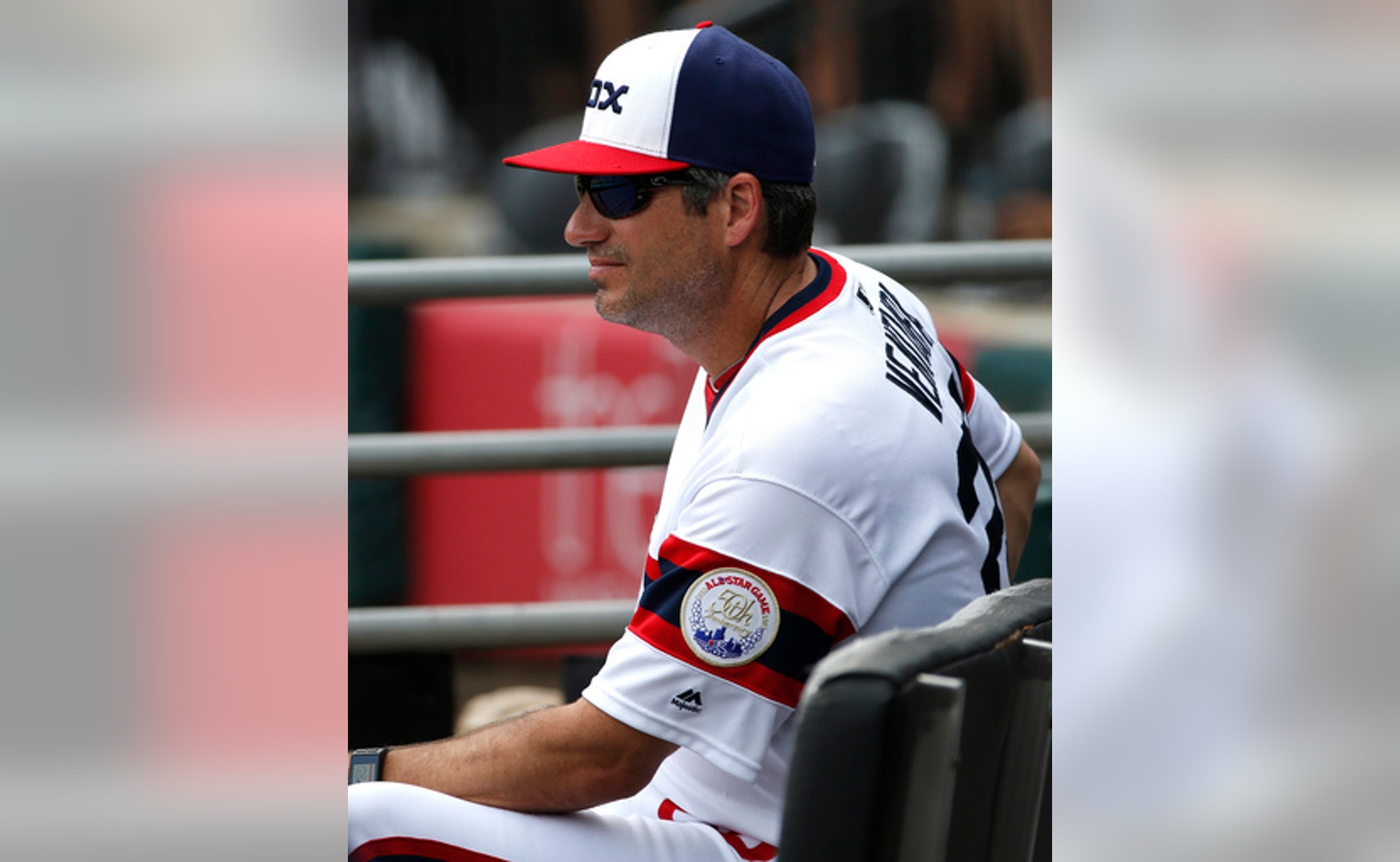 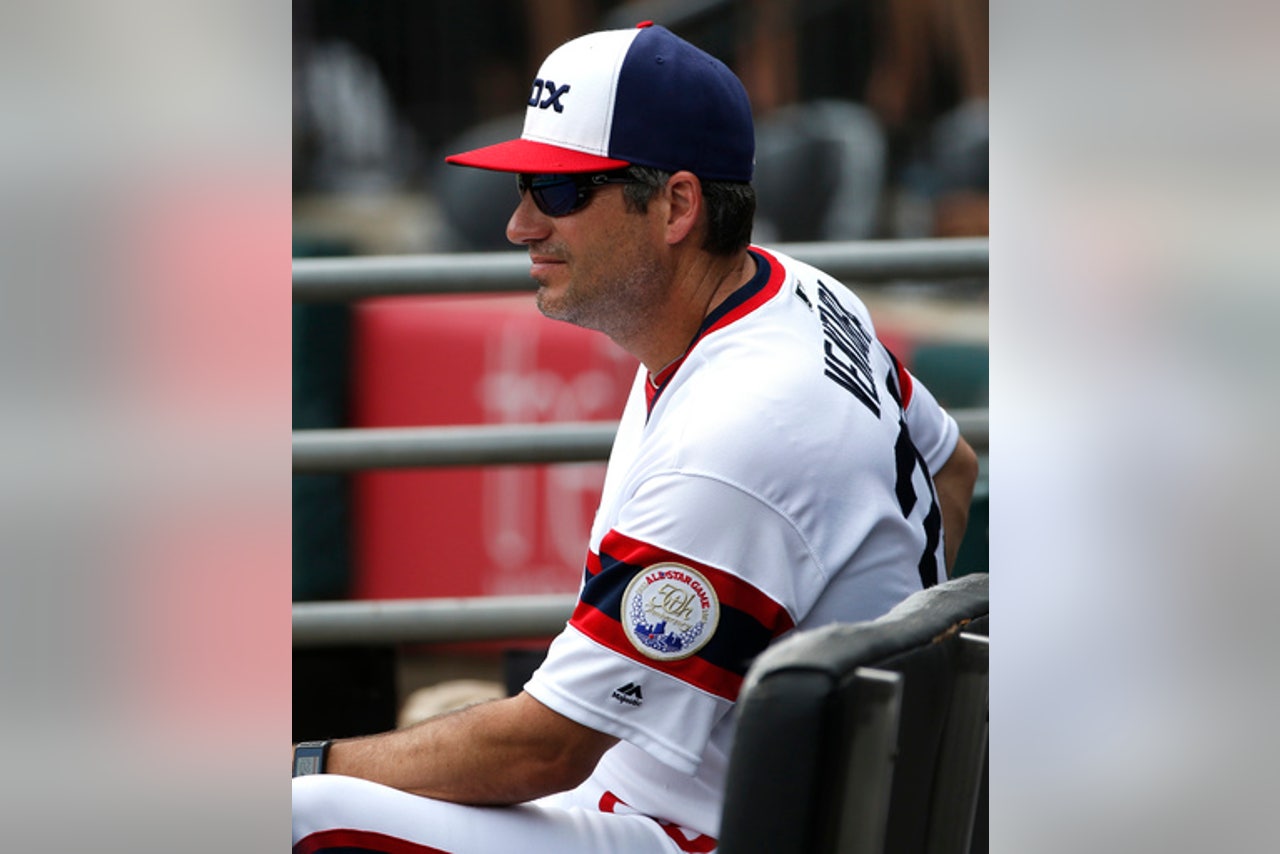 CHICAGO (AP) Melky Cabrera drove in Adam Eaton with a game-ending single in the ninth inning after closer David Robertson gave up three home runs in the top half to lead the Chicago White Sox to a 5-4 victory hours after they suspended ace Chris Sale for five days on Sunday afternoon.

The White Sox beat the Tigers 4-3 earlier in the day on a single by Eaton in the ninth after play was suspended because of rain the previous night.

Robertson got the win in that one and picked up another victory in the scheduled game despite a rough ninth inning.

The big news Sunday was Sale getting suspended and fined one day after he was scratched from his scheduled start and sent home. The punishment was handed down after he destroyed collared throwback uniforms the team was scheduled to wear in this game. He is eligible to return Thursday against the crosstown Cubs at Wrigley Field, though general manager Rick Hahn would not say if the left-hander would start that game.

Robertson did his best to help the White Sox get two victories on Sunday.

He came in with a 4-1 lead after Jose Quintana dominated into the seventh and Eaton hit a three-run homer.

Robertson (2-2) gave up a leadoff homer to Nick Castellanos and back-to-back solo drives to pinch hitters Tyler Collins and Jarrod Saltalamacchia with two out.

Eaton led off the bottom half with a walk against Bruce Rondon (3-2), moved up on a sacrifice by Tim Anderson and came around on Cabrera's sharp single to left.

That gave the White Sox a four-game split against the playoff-contending Tigers after dropping eight of nine.

Quintana pitched three-hit ball over 6 2/3 scoreless innings, and Eaton made it 4-0 with his three-run homer against Anibal Sanchez in the second.

Detroit's Andrew Romine hit a solo drive off Nate Jones in the eighth.

Andrew Romine hit a solo homer in the eighth against Nate Jones, but Victor Martinez struck out with runners on first and second to end that rally.

The White Sox were forced to go with their bullpen after Sale got sent home Saturday, and the game was suspended after eight innings when it was interrupted three times by thunderstorms.

The Tigers recalled right-handed pitcher Buck Farmer from Triple A Toledo and the White Sox brought up infielder Carlos Sanchez from Triple-A Charlotte. Both served as the 26th man.

Tigers: Manager Brad Ausmus said no decision has been made on whether LHP Daniel Norris (oblique) will rejoin the team Monday in Boston. Norris allowed five runs on five hits in 4 2/3 innings during a rehab start with Triple-A Toledo on Saturday.

White Sox: LHP Carlos Rodon (sprained left wrist) is scheduled to make a rehab start for Triple-A Charlotte on Monday. ... 2B Brett Lawrie (strained left hamstring) was held out of the lineup for the third straight game, though he was available off the bench.