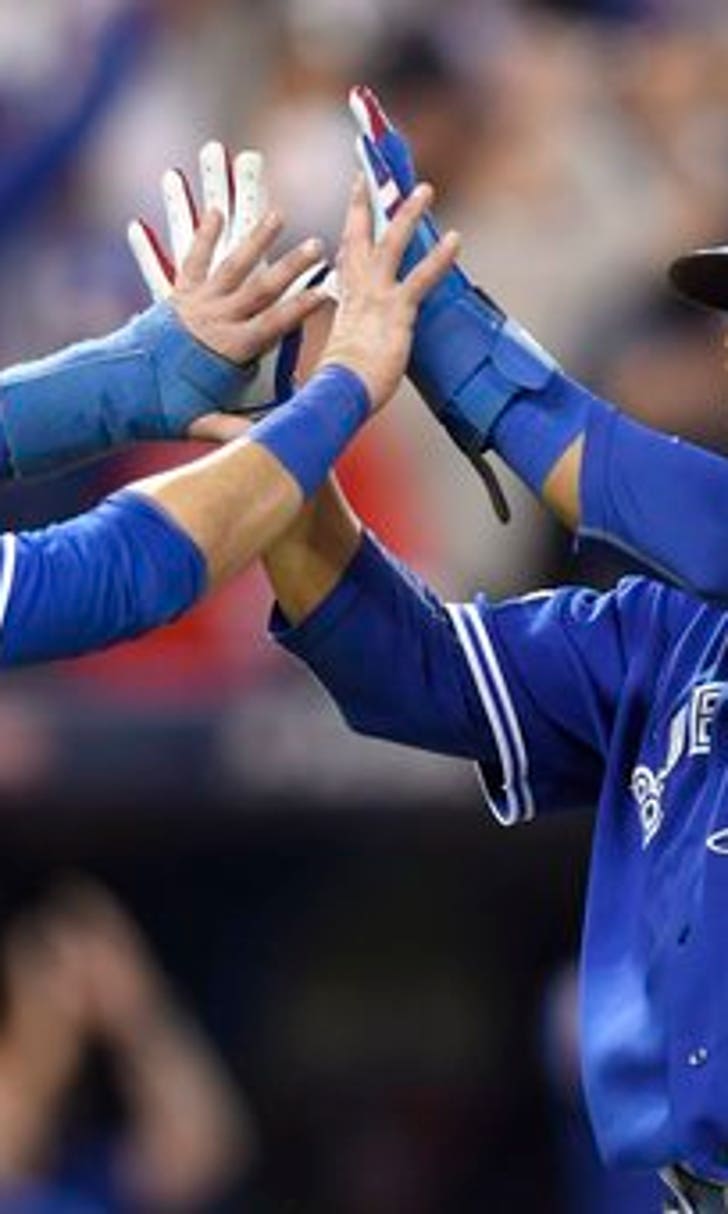 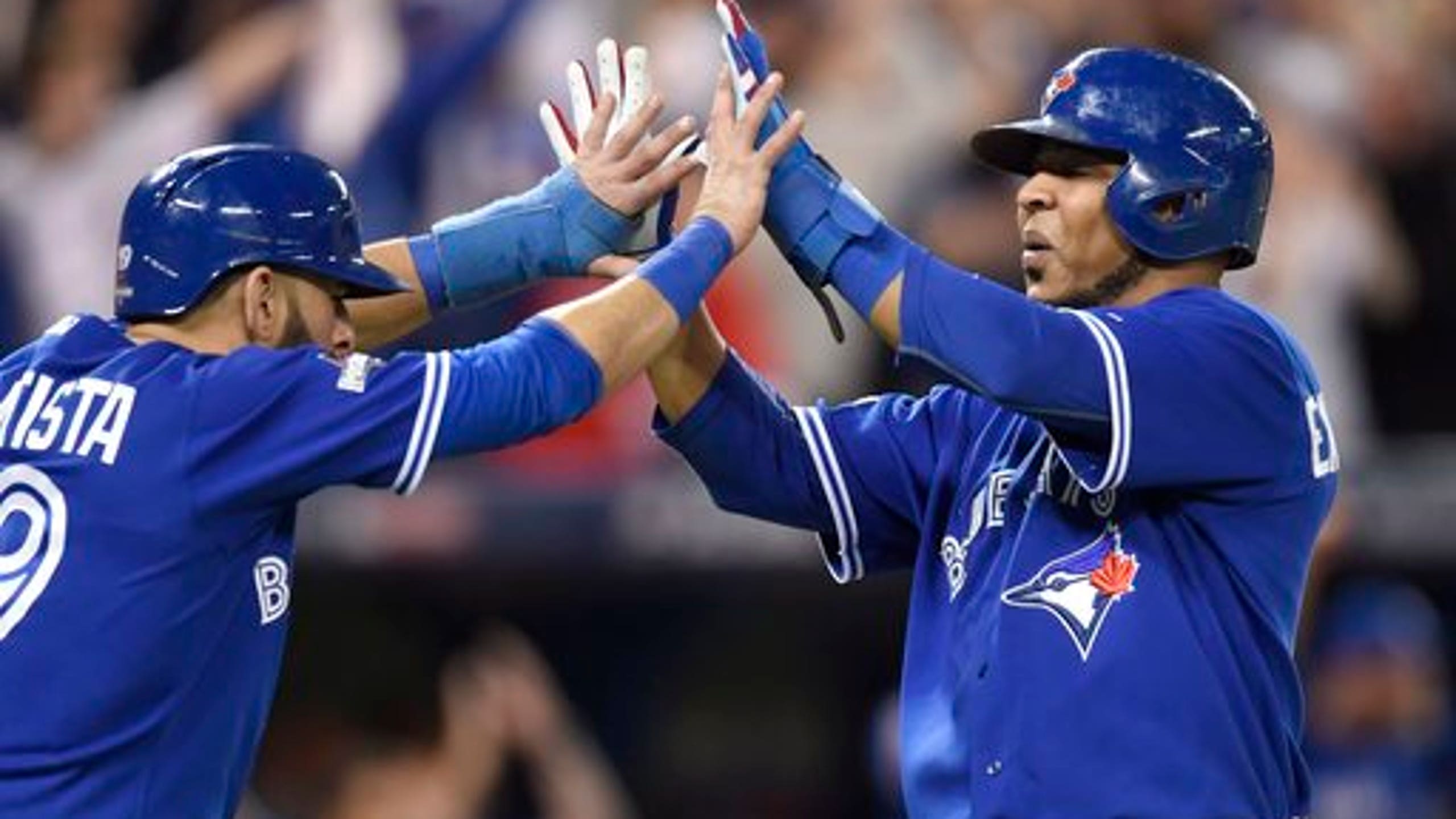 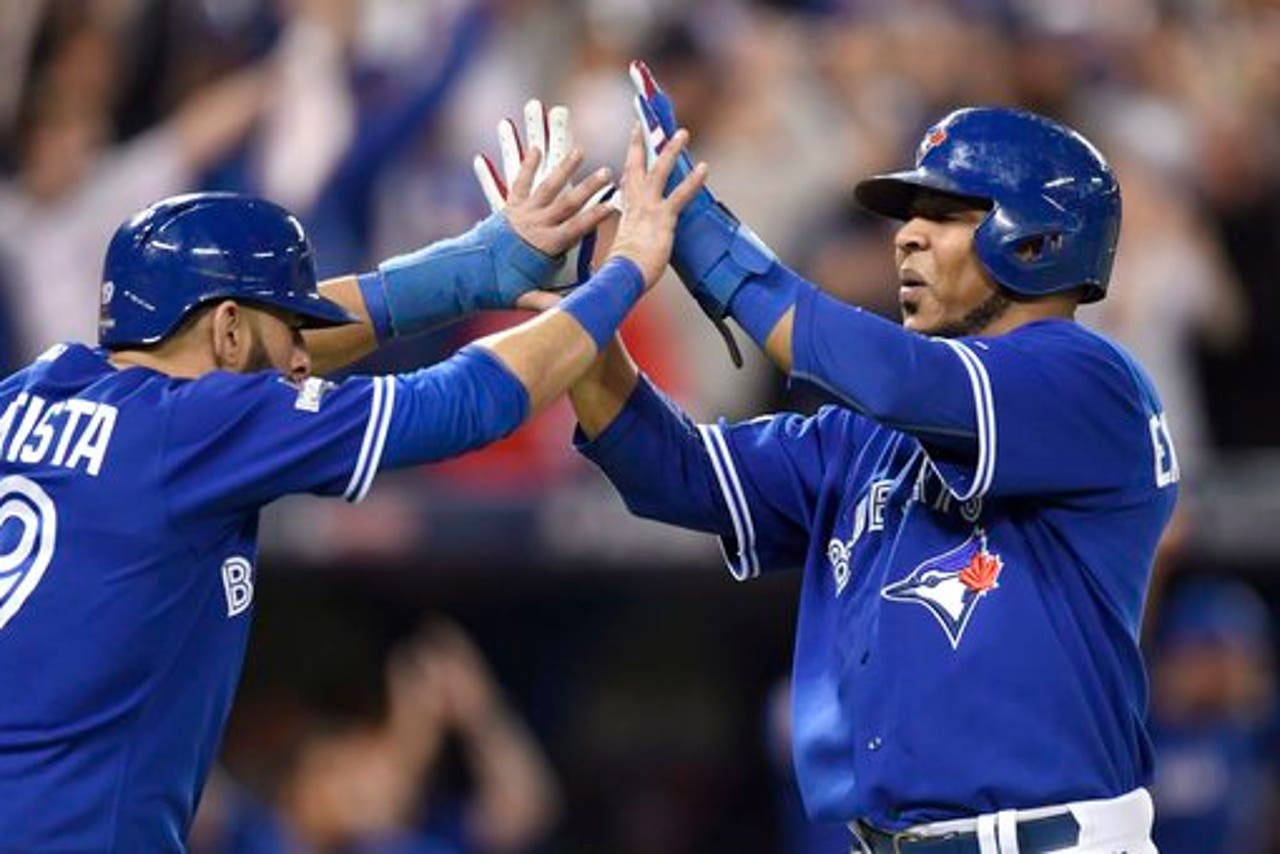 It's too early for the defending AL East champions to worry about losing their biggest sluggers. Then again, letting Bautista and Encarnacion walk after a season the organization and its fans hope ends with a World Series title could have a positive impact on Toronto's future.

''If you deduct that from the payroll and you're still a contending team, you're going to add back players that offset (the loss) and obviously you get draft picks,'' Blue Jays President Mark Shapiro said Sunday. ''Those aren't things we're thinking about now. We're thinking about these great players, wanting to keep them and wanting to win with them. But it doesn't take a lot of science or math to figure what the implications would be.''

Bautista, a six-time All-Star, made it clear when he arrived for spring training that he wants a significant raise. Something like $150 million over five years might be his goal. The 35-year-old right fielder will make $14 million this season in the final year of his contract.

The 33-year-old Encarnacion will earn $10 million this season and he told the Toronto Sun he doesn't think he figures into the team's future plans. Encarnacion, a two-time All-Star first baseman/designated hitter, has not appeared in an exhibition game as he recovers from a strained oblique.

''They've earned that right,'' Shapiro said about players discussing their contracts in public. ''That's their prerogative. I just have had enough experience to recognize that the back and forth in that forum doesn't accomplish anything.''

Shapiro spent 24 years with the Cleveland Indians and was a two-time executive of the year before joining the Blue Jays at the end of last season.

Health will be a big factor in the team's decision to pursue contracts with both players. Bautista, who takes pride in staying fit, hasn't been on the disabled list since 2013. He's played at least 149 games four times in the past six years.

Encarnacion has dealt with several nagging injuries over the years, but he's averaged 38 homers and 106 RBIs since 2012.

''Every player needs to be looked at on an individual basis,'' Shapiro said. ''You can't look at any one decision in isolation. Players age. ... It's only a question of what level they're going to decline from and in this case, we're talking about players at the most elite levels of the game.''

The Blue Jays are in better position than most teams to overcome losing star players because they also have AL MVP Josh Donaldson and five-time All-Star Troy Tulowitzki in their potent lineup. Donaldson can't become a free agent until 2019 and Tulowitzki is signed through 2020.

''Every decision needs to be looked at with the collective landscape of the entire team,'' Shapiro said. ''You look at those decisions (to re-sign Bautista and Encarnacion), and you're not looking at one decision, you're looking at the rest of the team, that dynamic and that complexion as well.''

Sports World Mourns Hank Aaron
The Hall of Famer died Friday at the age of 86. Fans, athletes, analysts and more remember a legend on and off the field.
1 hour ago