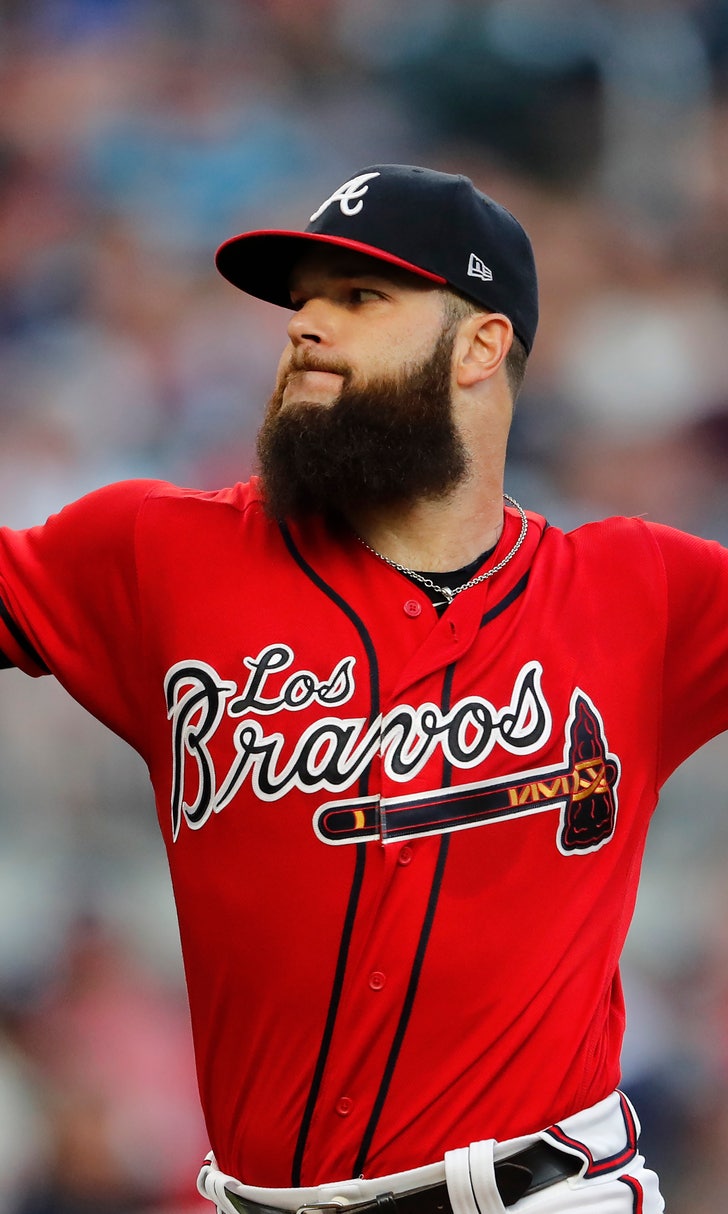 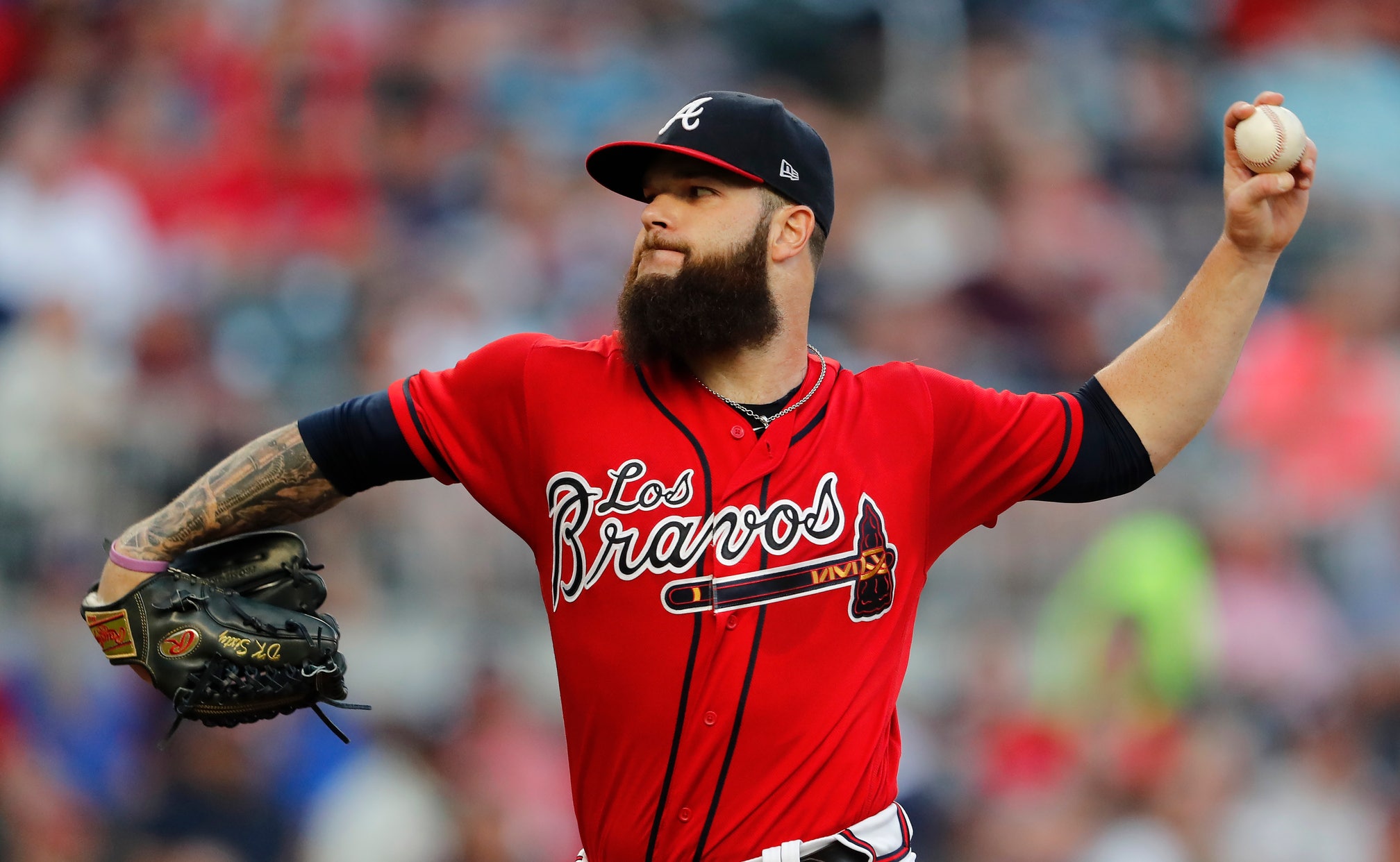 Albies, Donaldson back Keuchel in another Braves win

ATLANTA (AP) — Dallas Keuchel struggled in his first two starts against Washington. He showed no signs of letting up this time.

"What a great team over there," Keuchel said. "That's really, really quality lineup. It's probably my favorite to face, just because of how good they are. Some of their role players are just pros."

Keuchel pitched six scoreless innings, Ozzie Albies and Josh Donaldson homered, and the streaking Atlanta Braves picked up another division win over the Washington Nationals with a 4-3 victory on Friday night.

The NL East-leading Braves have won eight in a row, 19 of 23 overall and 12 consecutive at home, dropping Washington nine games back. It was Atlanta's fourth straight victory and eighth in 11 tries over the Nationals.

Keuchel (7-5) allowed six hits and two walks and struck out three to win his fourth straight start. After posting a 6.10 ERA in his first two outings in the season series, the lefty protected a 2-0 lead in the sixth by striking out slugger Juan Soto with a runner on first, and getting Yan Gomes to ground out with runners on the corners.

"That's what I'm predicated on," said Keuchel, who is 4-0 with a 0.87 ERA over his last five starts. "I make the hitter guess and I've been guessing right for myself."

Washington, which began the four-game series badly needing to make up ground in the division, has lost four of five for the first time since July 30-Aug. 4.

"We're still a confident group here," Corbin said. "We know how hot that they've been, and we'll come back tomorrow and get over this one. We're still in good position to do stuff."

The Braves tacked on runs with Albies' 20th homer in the third and Tyler Flowers' sacrifice fly RBI in the fourth.

Donaldson, the self-proclaimed Bringer of Rain, broke out another umbrella celebration in the dugout after going deep for the 35th time, a two-run shot that made it 4-0 in the seventh.

Fans are joining in, too, as umbrellas are popping up around SunTrust Park during his at-bats.

"The fan base has been remarkable all year long, showing up and supporting it us," Donaldson said. "We're winning a lot of games, so it's fun to be a part of."

Luke Jackson allowed Ryan Zimmerman's fifth homer, a three-run shot that cut the lead to 4-3 in the eighth. Shane Greene earned his first save in three tries with Atlanta and 23rd overall after facing the minimum with two strikeouts in the ninth.

Nationals: RHP Joe Ross tweaked his forearm during a bullpen session this week and has been scratched from Saturday's start. ... LHP Roenis Elías still has too much swelling to undergo an MRI on his right hamstring. Elías was injured Thursday. ... INF Adrían Sanchez has a virus and was sent back to the team hotel to rest.

Braves: RF Austin Riley was recalled from an injury-rehab assignment and went 0 for 3 with a strikeout. He had been sidelined since Aug. 5 with a right knee sprain.

Swanson backhanded a grounder deep in the hole at short and jumped to throw out Trea Turner on a head-first slide at second and end the third. ... The Nationals were solid in the field in the sixth. CF Michael Taylor threw out Flowers at the plate, and RHP Tanner Rainey picked off pinch-runner Billy Hamilton at second. ... The home winning streak is Atlanta's best since the 2000 team also won 12 in a row. ... The Braves improved to 40-21 against the NL East.

Rendon's fielding error in the fourth allowed Adam Duvall to advance to third and later score on Flowers' fly, but Rendon singled in the eighth to reach safely in his 22nd straight game dating to Aug. 13.

Nationals: RHP Austin Voth (1-0, 3.91 ERA) will replace Ross in the rotation and make his fifth start. Voth has pitched seven career innings and has allowed runs against Atlanta.

Braves: RHP Julio Teheran (9-8, 3.38 ERA) will make his 30th start for the seventh straight season and is 1-0 with a 2.19 ERA in two outings against Washington this year.