Philip Rivers and the Chargers are moving on from each other

Mr. Charger will no long be leading the charge.

Philip Rivers and the Chargers have mutually agreed to part ways as Rivers will enter free agency. pic.twitter.com/BwDWE2gQ1O

Rivers – a 16-year Chargers veteran – owns 30 franchise records, including most passing yards, completions and touchdowns, and most regular season wins by a starting quarterback.

But at age 38, he’s moving on. And despite his impressive resume, he showed significant signs of slowing down this past season.

The Chargers also finished last in the AFC West with a record of 5-11.

However, it wasn’t long ago – 2018 to be exact – that Rivers & Co. finished 12-4, ultimately falling to Tom Brady and the Patriots in the Divisional Round of the playoffs.

So…what’s next for the longtime gunslinger?

Where will Philip Rivers be taking his way with words? 🤔 pic.twitter.com/GAPG9FuSKP

We need that “trash” talk for a few more years.

But with dual-threat quarterbacks taking over the league, and traditional drop-back passers slowly fading away, does Rivers really have a landing spot?

"He [Philip Rivers] should look for a starting job because his ego won’t allow him to take a backup role but he’s no way a starting caliber quarterback." — @BradyPoppinga pic.twitter.com/SyptUlDvMO

In addition, there are a few older quarterbacks hitting the free-agent market with loaded resumes of their own. Tom Brady (42) and Drew Brees (41) are future Hall of Famers who could potentially be on the move from their respective franchises.

Not to mention, there is a quarterback heavy draft class on its way into the league.

"I would take Tua No.1… I've never seen a college QB with numbers like his, ever. And he did it in the SEC." — @ColinCowherd pic.twitter.com/pXxWcJ4xQm

The one thing that Rivers does have on his side is experience. 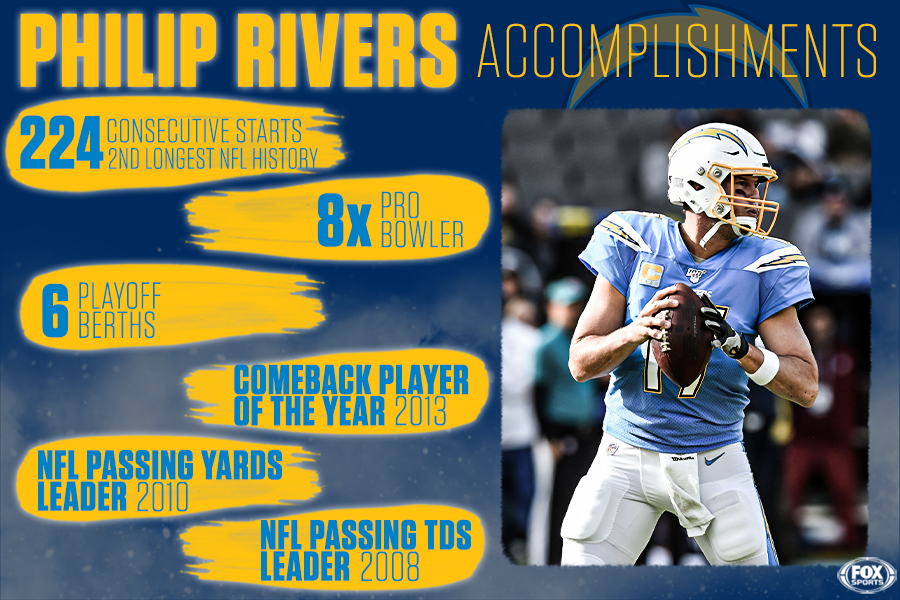 But, with all of his accomplishments, he’s failed to do one major thing: make it to a Super Bowl.

In fact, he has the most passing touchdowns in NFL history without a Super Bowl appearance (397).

It’s the glaring hole in his resume. Could a move to a new team fill it?

Today’s #Whitlogue: It’s time for Philip Rivers to admit he’s no longer a starting QB and go be a backup in Dallas. @WhitlockJason pic.twitter.com/mzb2fHb3Ox

He could potentially win that elusive trophy as a backup, but what quarterback wants that?

Rivers recently moved his family from San Diego to Florida, and there is a Florida team that might need a QB.

Philip Rivers to Tampa Bay makes the most sense.

“Bruce Arians gave Carson Palmer a chance to resuscitate his career in Arizona. He can do the same thing all over again with Philip Rivers.” — @ClayTravis pic.twitter.com/h3muPmdPvN

It’s too early to tell where Rivers or any other free agent quarterback might land, but if Week 17 of last season represented Rivers’ last game as a starting QB, he’s had a heck of a career so far.

And it hasn’t gone unnoticed.