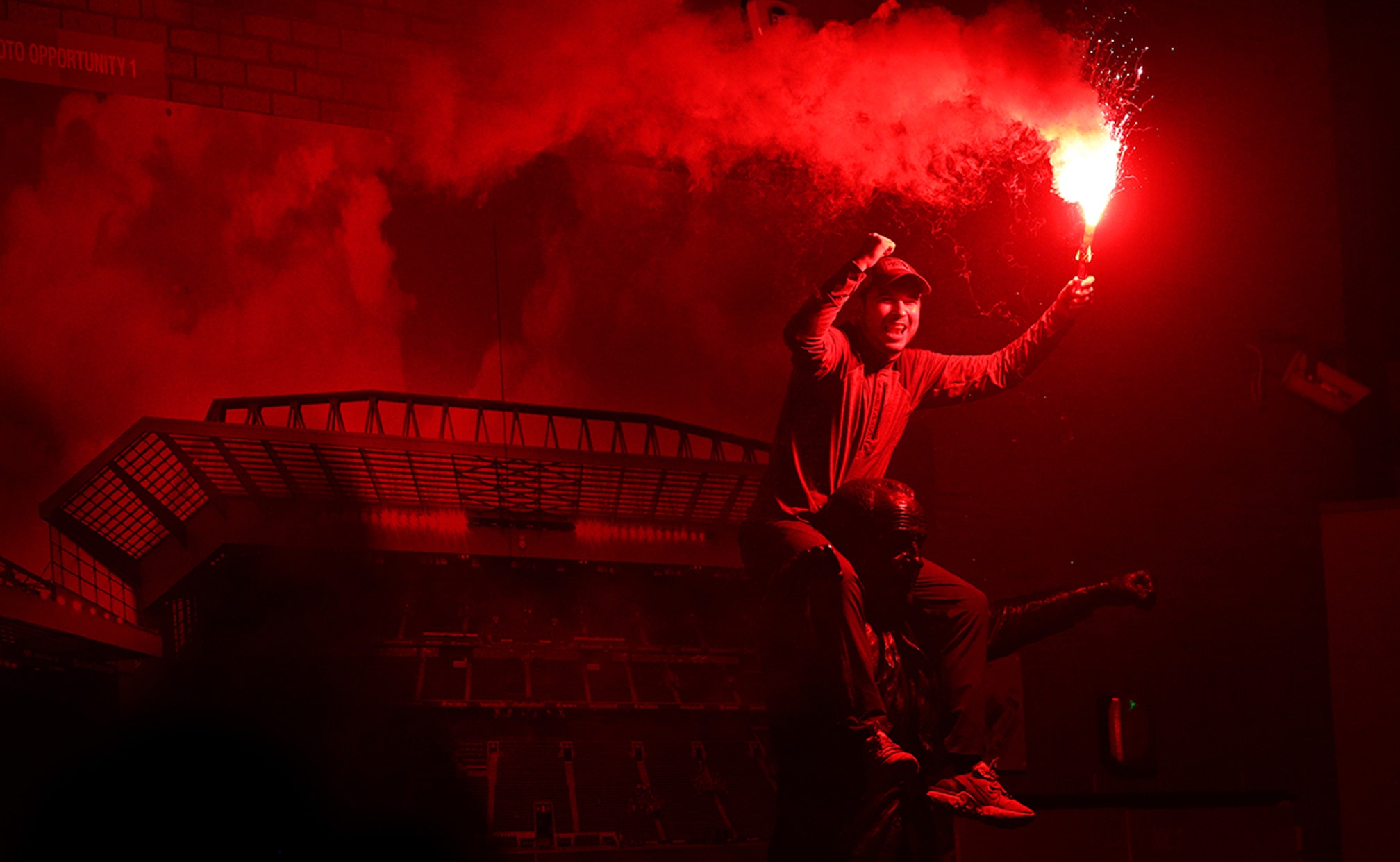 Since, the league has been dominated by Manchester United (13 titles), Chelsea (5) Arsenal and Manchester City (4 each), leaving Liverpool on the outside looking in for the past three decades.

That all came to an end on Thursday, and FOX Sports Insider Martin Rogers elaborated on the magnitude of the moment.

Liverpool reclaimed the throne in style, clinching the championship with a record 7 games remaining in the season.

It eclipsed the joint record held by Manchester United (2000-01) and Manchester City (2017-18), two clubs that previously locked in titles with 5 games to go.

Rogers, for one, thinks that Liverpool can maintain its championship form for years to come.

"This does look like a team that can last. Now they've broken this jinx of three decades, I think this is a team that is still hungry for more. They feel the disappointment and desperation of all those barren years where Liverpool fans had to watch their hated rival Manchester United win it year after year.

"And they believe this is their time to go and do the same thing. They have the squad to do it, they have the coach to do it, and the have the ownership that will back them if they need reinforcements to do it. And momentum is a huge thing, especially if there's a very short turnaround this season, which it looks like there will be, I think it all points to Liverpool just carrying on."

Despite the stoppage in play from mid-March to mid-June due to the COVID-19 pandemic, Liverpool stayed true to form, continuing their dominance when the season resumed.

With 28 wins and just a single loss in 31 games, Liverpool was roaring at a record-breaking pace and were 25 points ahead in February – the biggest lead in Premier League history.

"It speaks completely to their dominance. It speaks completely to the fact that no other team has been able to get close to them. The English Premier League is typically a very competitive, hard-fought league where you don't just turn up every week and steam roll the opposition, but that's what Liverpool has done every match – and they almost have won every match. It was quickly established that no one was going to be able to touch them."

The Reds dropped only 7 points to their opposition the entire season, and it's still possible for them to shatter the 100-point barrier and set a new record for points won in a league season.

The 2019-20 league title brings their franchise total to 19, just one behind their nemesis Manchester United.

And of course, the Reds fans took to social media to celebrate:

Adding Insult To Injury
The Heat simply had no answers for LeBron, AD and the Lakers in Game 1. And devastating injuries certainly didn't help Miami.
4 hours ago

Ehlinger Joins Klatt on 'Breaking the Huddle'
Joel Klatt lays out his updated top 10, and Texas QB Sam Ehlinger discusses the Longhorns' comeback win over TCU from Week 4.
13 hours ago
those were the latest stories
Want to see more?
View All Stories
Fox Sports™ and © 2020 Fox Media LLC and Fox Sports Interactive Media, LLC. All rights reserved. Use of this website (including any and all parts and components) constitutes your acceptance of these Terms of Use and Updated Privacy Policy. Advertising Choices. Do Not Sell my Personal Info