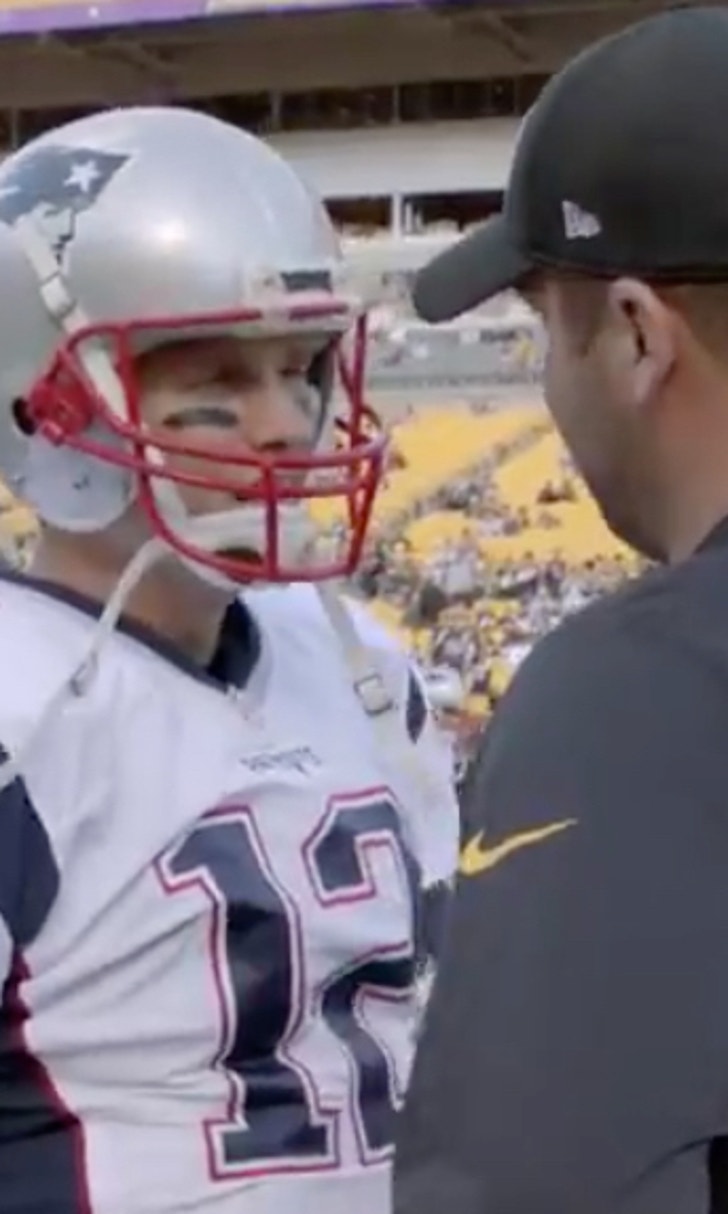 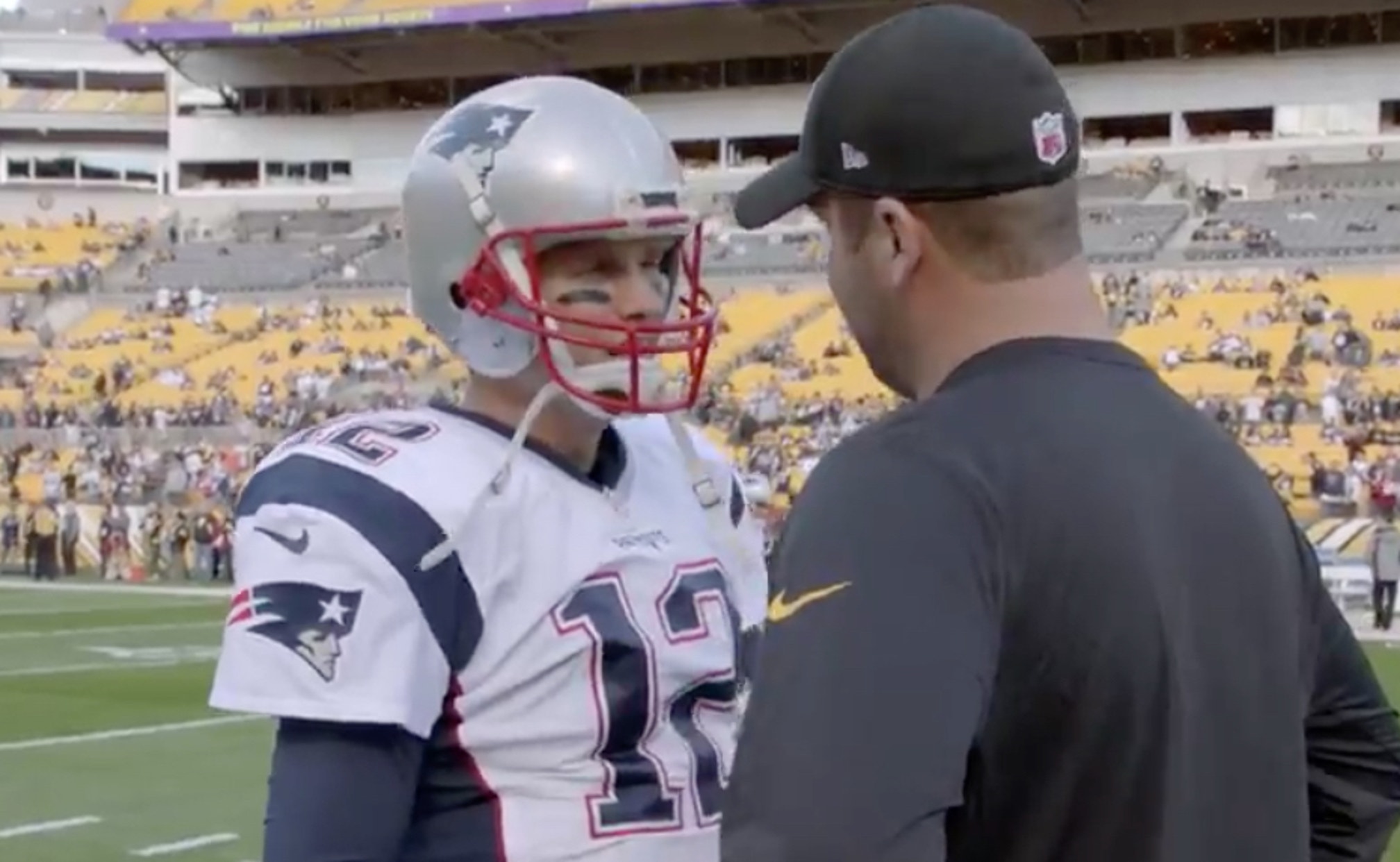 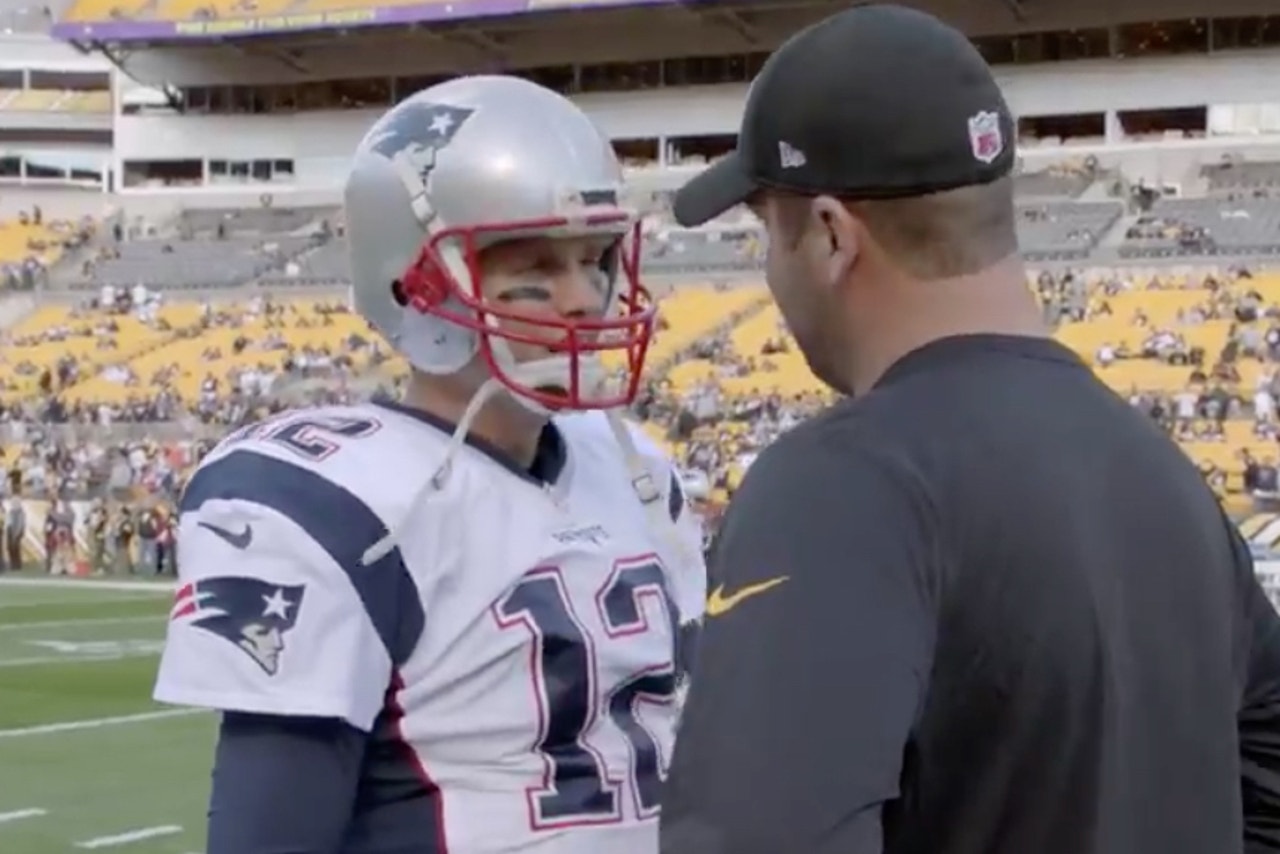 Even Ben Roethlisberger can't resist the charm and greatness of Tom Brady. Sorry, Steelers fans, this is undeniable.

Check this out from Showtime's "Inside the NFL" (transcript follows):

Roethlisberger: "Hey, listen, I've never done this before, but I would love to get a jersey at some point. "

Roethlisberger: "There's not many that I want. I'll put in my office."

By now it's probably safe to assume there is a personalized No. 12 jersey hanging alongside antlers and NFL memorabilia in the office of Roethlisberger, who's one of the best QBs of this generation in his own right.

“He's just a stud, just an incredible player,” Brady said of Big Ben last week. “I've played against him since 2004, and nothing surprises me with him. He's one of the best quarterbacks I've ever played against. I would never count him out."

At the end of the exchange, Roethlisberger said, "Hopefully we'll see you again." Unless one of the AFC West squads gets in the way, there's a good chance that will happen.

Even Big Ben fans out a little for @Patriots' #12.

A Matchup For The Ages
Sunday could be the biggest game ever between Brady and Rodgers, right at the height of their maturity, Martin Rogers writes.
2 days ago

Herbert Fully Loaded
Justin Herbert has yet to register a win this season, but the rookie QB has the Chargers' future looking as bright as can be.
6 days ago
those were the latest stories
Want to see more?
View All Stories
Fox Sports™ and © 2020 Fox Media LLC and Fox Sports Interactive Media, LLC. All rights reserved. Use of this website (including any and all parts and components) constitutes your acceptance of these Terms of Use and Updated Privacy Policy. Advertising Choices. Do Not Sell my Personal Info