The Vikings’ only problem is the Super Bowl is still so far away.

Hey, the Vikings are 4-0. That’s a fantastic start for any team, let alone one that’s been declared dead two or three times already this season.

They might well be the best team in the NFC this year. They certainly are right now on this fourth day of October. The defense makes it fun to watch defense. The offense is somehow salvaging itself despite the devastating injuries to Teddy Bridgewater and Adrian Peterson.

It’s not a soft 4-0, either. Three of those wins came against quarterbacks — Aaron Rodgers, Cam Newton and Eli Manning — with a combined three MVPs and three Super Bowl titles. The best point total any of those quarterbacks could muster against the Vikings was 14. The other win was the season opener in Tennessee, when Sam Bradford — the unlikely savior — wasn’t yet ready to go and the defense went into nitro to compensate, returning an interception and a fumble for the team’s only two touchdowns.

The rest of the year looks pretty nice on paper, too. Next up are the 3-1 Texans at home, then Minnesota gets a bye week to prepare for the also-unbeaten Eagles in Philadelphia. After that, in their final 10 games the Vikings play just two teams that currently have a winning record. Last year’s NFC finalists — the Panthers and Cardinals — are both down, a combined 2-6 so far this season. The conference is most certainly there for the taking. If you had to play the Super Bowl tomorrow, it would be the Vikings representing the NFC.

But the road from 4-0 to the February’s Super Bowl is painfully long, and maybe no franchise should know that better than the Minnesota Vikings.

This is the ninth Vikings team in their 55 years of existence to start 4-0 or better. The first two ended in Super Bowl appearances (read: losses). The other six? Behold:

1998 — Started 7-0, then finished a franchise-record 15-1 to clinch the NFC’s top playoff seed and become favorites to win the Super Bowl. Suffered only one of the biggest gut-punch losses in NFL history in the NFC Championship Game against the Falcons.

2000 — Started 7-0, finished 11-5 and won the division. Unclear if they realized the game had started as they got obliterated by the Giants, 41-0, in the NFC Championship Game.

2003 — A 6-0 start! Playoffs, here we come. But no, a touchdown on the final play of the regular season by the Cardinals drops the Vikings to a 9-7 record and out of the postseason entirely.

2009 — Brett Favre, brought in like Bradford to shore up a shaky quarterback situation, leads them to a 6-0 start and a 12-4 finish. They lost to the Saints in overtime in the NFC Championship Game remembered most today for being at the center of the Bountygate scandal.

The 2016 Vikings have nothing to do with any of these teams, obviously. Whether you buy that a franchise’s past demons can hang over its current fortunes is up to you. But this at least illustrates that 4-0 is far from a sure thing, and teams that might seem invincible in the first half of the season can still end up very vulnerable when it counts.

This is still a team hinging its hopes that Bradford — who has been fabulous so far, given the muted expectations — can keep that up over an entire season after a career marred by injuries and inconsistent play. Maybe he can. Maybe playing for a team that is otherwise solid, for a coach that is universally lauded, is the key.

This is still a team whose offense, overall, isn’t very good. The Vikings rank 31st in total yards and dead last with just 64.2 rushing yards per game. They haven’t committed a single turnover either, which, though an excellent stat, can’t last (right?) and will ultimately take away scoring chances.

And this is still a team hoping that the injury bug won’t come calling again, after losing Bridgewater, Peterson and starting left tackle Matt Kalil all before the end of September. Can they withstand another blow like that?

Despite how nice the schedule looks, so, too, does it look pretty nice for the Packers, who will have something to say about the Vikings’ march to a second-straight NFC North crown. As much as Minnesota dominated Rodgers in their Week 2 showdown, Green Bay only lost by three. The rematch is Week 16 in Lambeau, and the division title may once again be at stake. If the Vikings don’t win the North, the best they could do is a wild card, likely dooming them to three straight road games to make it to Houston.

It’s October and the Vikings are the best team in the NFC, at least. February can’t come soon enough. 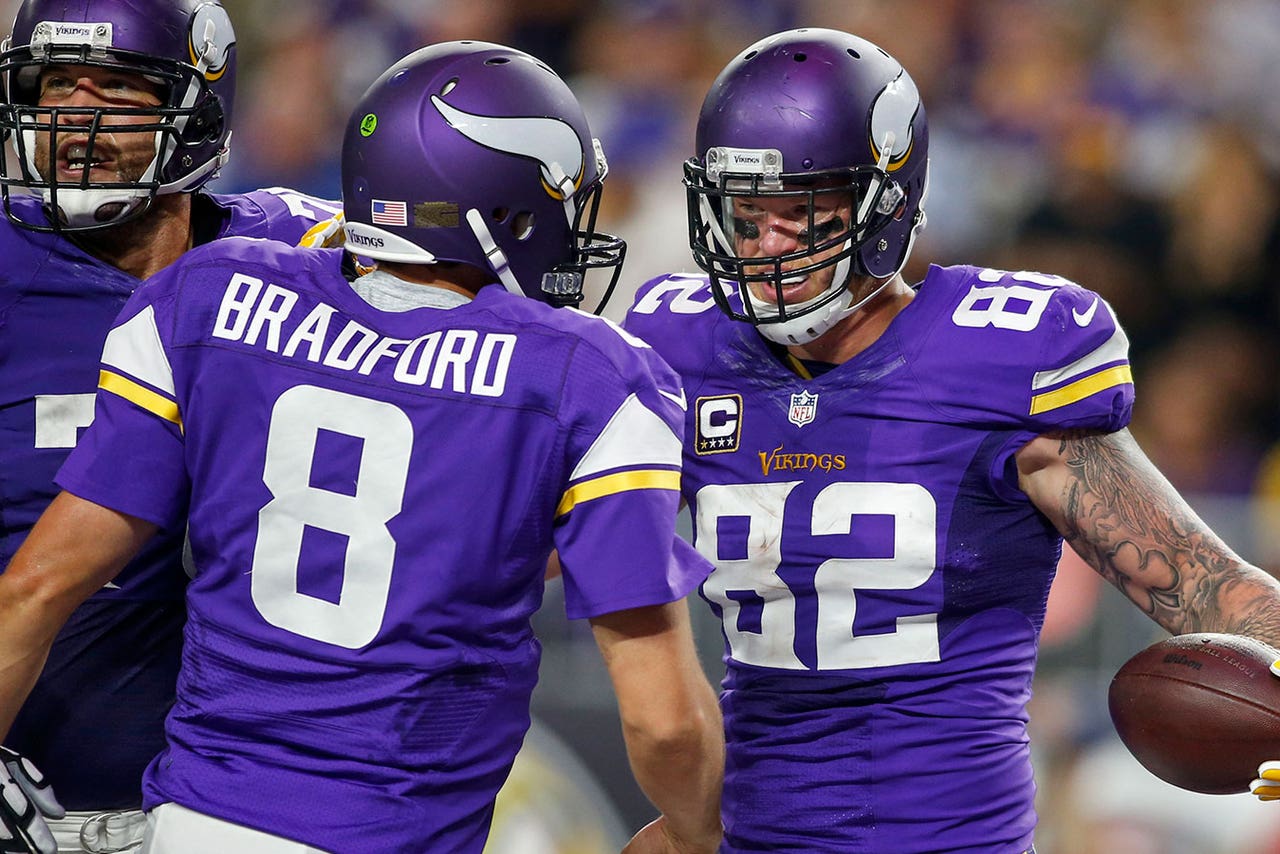 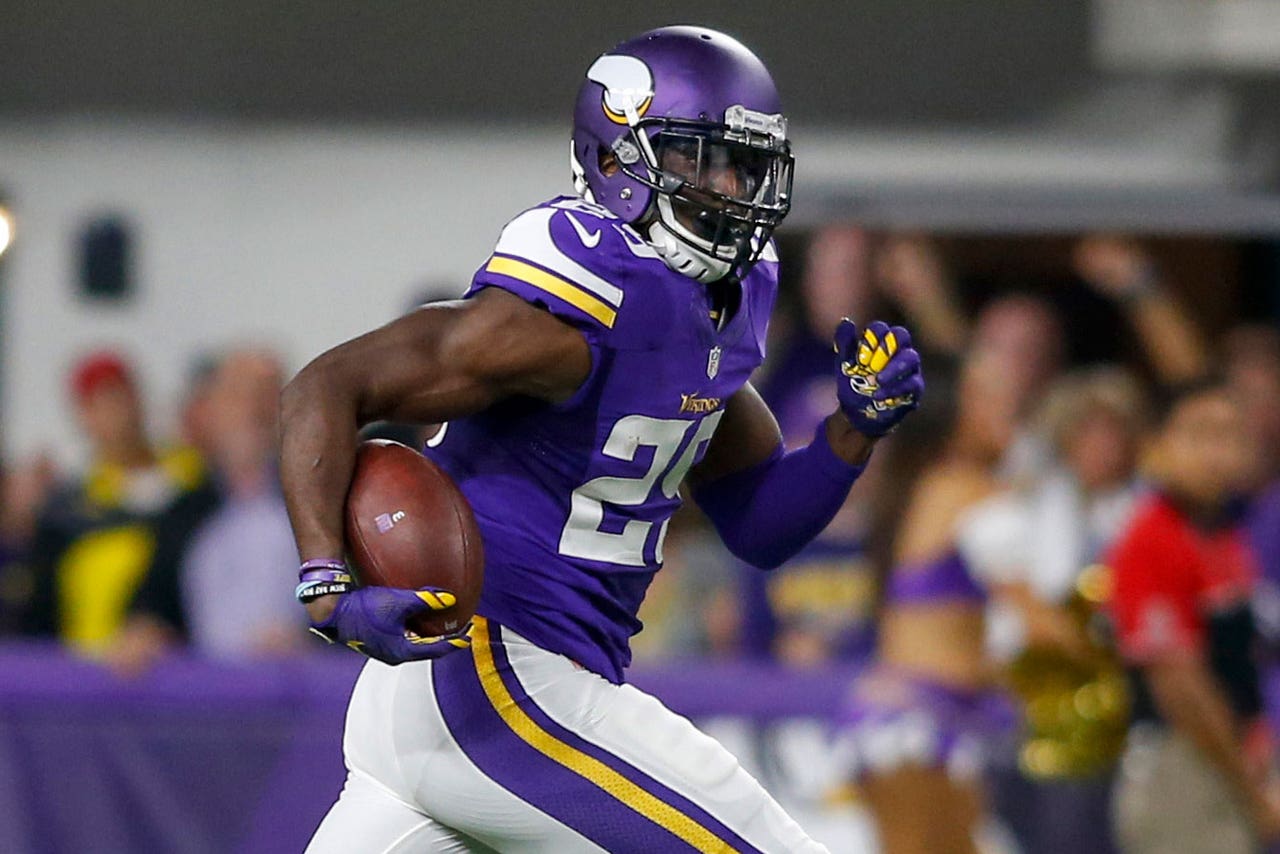 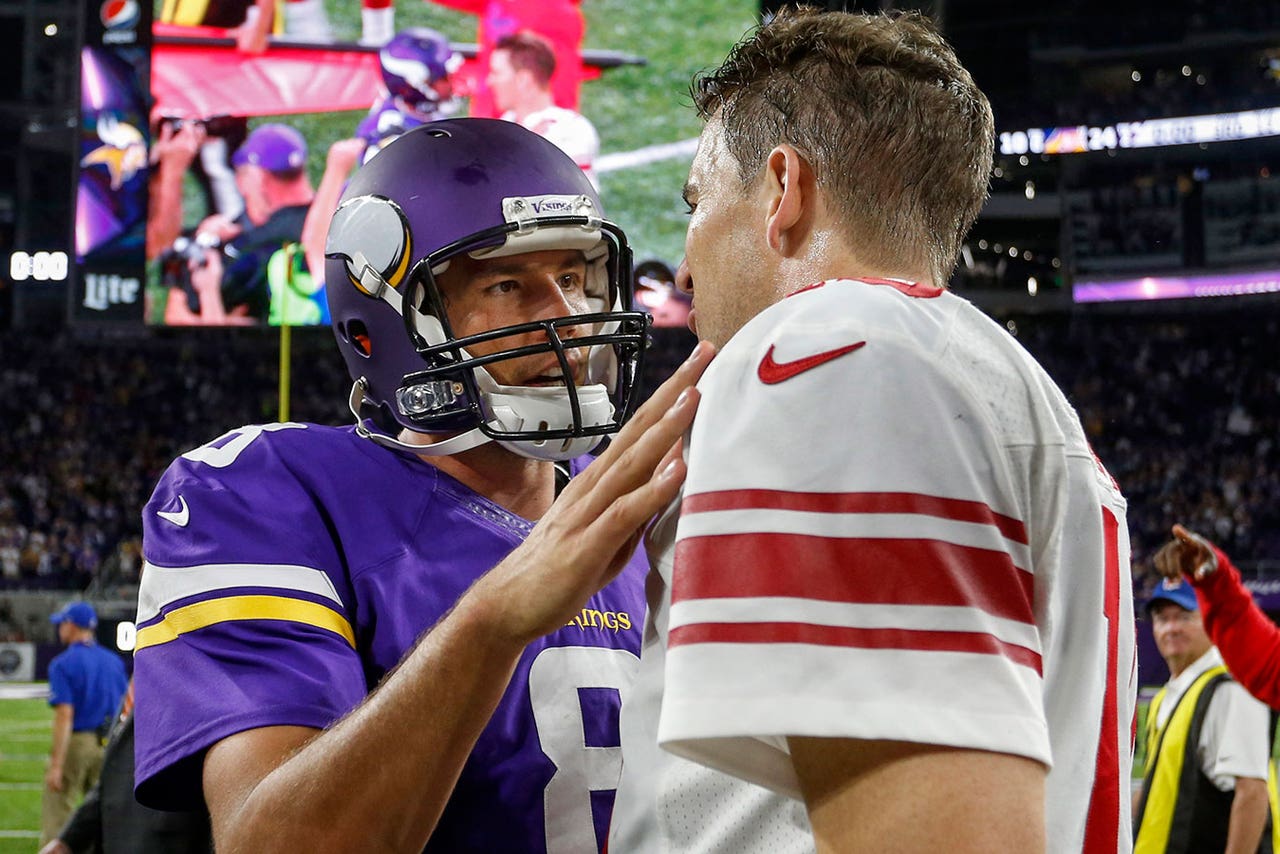 It’s Bridgewater’s Time To Shine
Can Teddy Bridgewater lead Carolina to a win on Sunday? If so, it's time to pay attention to the Panthers, Martin Rogers writes.
2 days ago