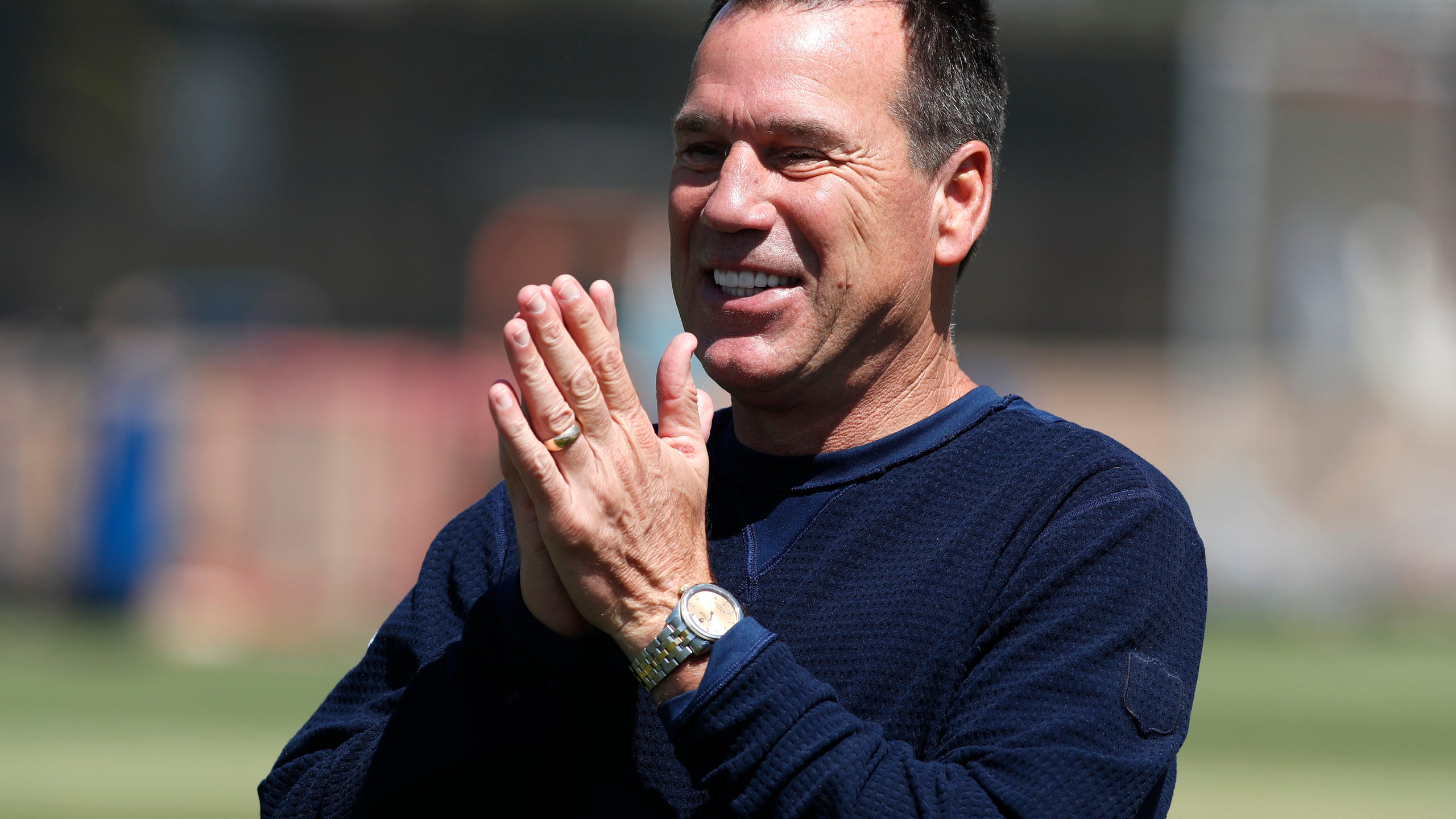 Kubiak missed coaching too much to resist job with Vikings

EAGAN, Minn. (AP) — The allure of the gameday atmosphere was simply too strong for Gary Kubiak to ignore, having spent the past two years in a non-coaching role for Denver following another health scare.

He found his place in Minnesota, with this natural opportunity to add an experienced leader and accomplished strategist to a fluctuated offensive coaching staff .

"As a first-time coordinator, I would have been foolish not to go do everything in our power to bring in a guy who has been in seven Super Bowls as a player and a coach," Vikings offensive coordinator Kevin Stefanski said.

Though Kubiak was the play-caller for the 2015-16 champion Broncos, his ninth of 10 seasons as an NFL head coach, that responsibility will rest with Stefanski, who has given the Vikings their own millennial-generation offensive guide in a league that has fast filled up with them. As an assistant head coach to Mike Zimmer and offensive adviser, though, Kubiak will bring a long history of supervising productive offenses and a low-ego, laid-back personality set up to mesh well with the staff.

The Vikings also hired his son, Klint Kubiak (quarterbacks), and two of his longtime colleagues, Rick Dennison (offensive line) and Brian Pariani (tight ends), to try to help support Stefanski and give the offense a lift after lagging below the league average in the first season with quarterback Kirk Cousins. Gary Kubiak will be in the booth during games, with Stefanski on the sideline. Dennison will also hold the title of running game coordinator.

"I like to be surrounded by smart people," Stefanski said.

After serving as Denver's backup quarterback behind Pro Football Hall of Fame member John Elway on three AFC title-winning teams, Kubiak broke into the NFL coaching ranks as quarterbacks coach for the Super Bowl champion San Francisco 49ers in the 1994-95 season. He was offensive coordinator for the Broncos for the next 11 years, winning two more Super Bowls along the way, before becoming head coach of the Houston Texans.

Kubiak suffered a mini-stroke during a game there in 2013, leading to his departure. He returned to the Broncos as head coach in 2015 and promptly won another Super Bowl. He was hospitalized again in 2016 due to a complex migraine condition that caused extreme fatigued and declared his retirement at the end of that season.

Elway, now Denver's president of football operations, then assigned Kubiak as a personnel adviser. The first year he did the job from his farm outside Houston, before working full time at Broncos headquarters in 2018. That's when Kubiak realized he wanted back in the coaching game. He was widely expected to serve as new Denver head coach Vic Fangio's offensive coordinator, but the two sides weren't able to agree on the schematics .

"I missed it. I really did. There's just something about it at the end of the week: 'Did we get a 'W' or not?' Just that feeling," Kubiak said, adding: "I love being around players. I love to teach. This gives me an opportunity to get back and do that."

For the 57-year-old Kubiak, the high-stress job of a head coach won't work anymore, but other than his recovery from a recent hip replacement surgery he said he's feeling good. The focus with Stefanski, Dennison and the rest of the staff this winter has been to revamp the playbook in a way that utilizes the type of zone-blocking runs and play-action passes the Broncos enjoyed success with during Kubiak's tenure there but strives to avoid predictability.

Cousins started his career with Washington under head coach Mike Shanahan, who was Kubiak's boss on those late-1990s championship teams in Denver, so there's a solid philosophical connection from which the Vikings to build.

"We need to do everything we can to help him out. I look forward to that relationship," Kubiak said. "Hopefully being in there a little bit — well, what little bit John let me play in my career — I can recall some of those things."