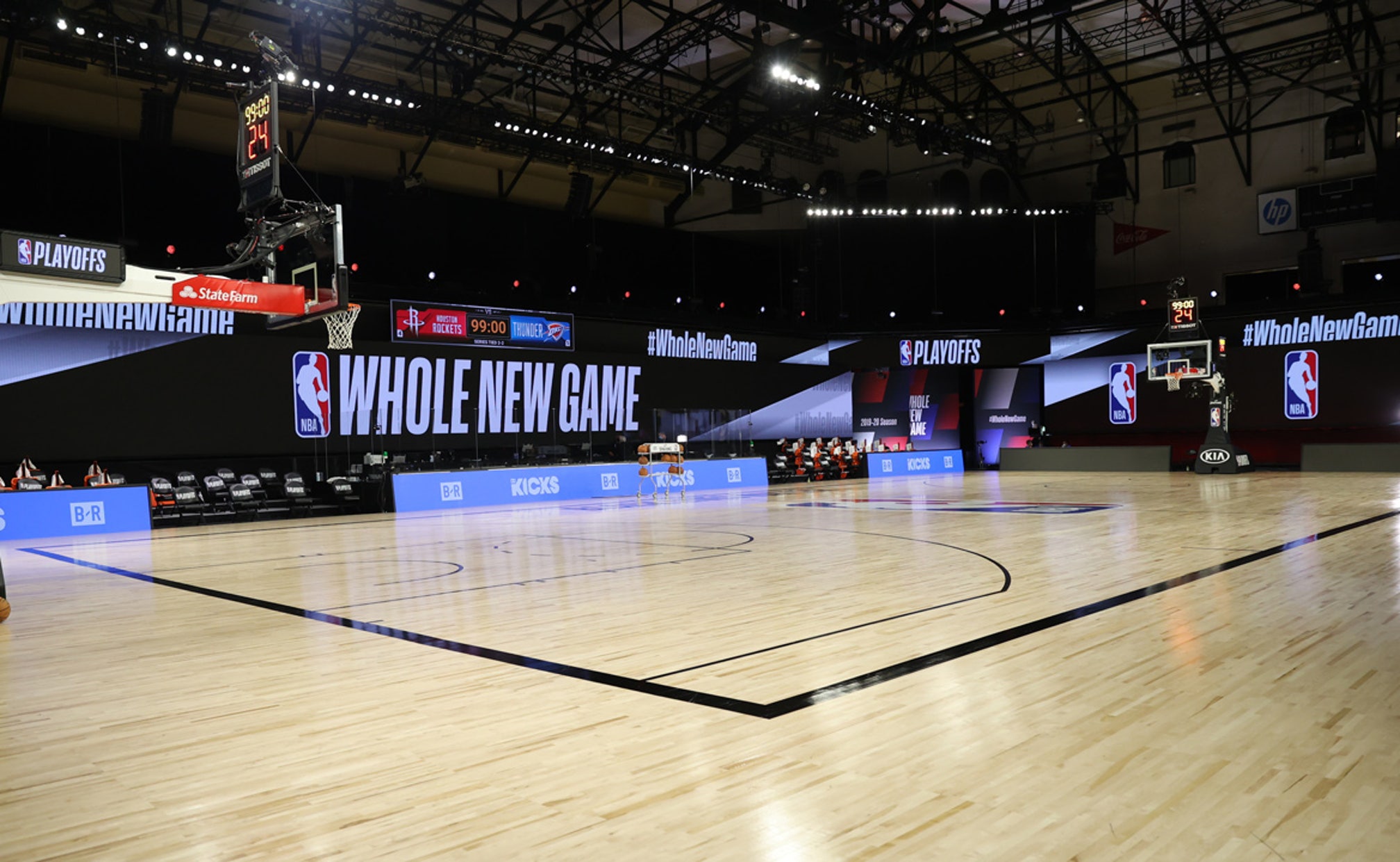 On Wednesday, the Milwaukee Bucks made the decision not to play Game 5 of their playoff matchup with the Orlando Magic.

By the end of the day, teams and players in multiple sports had joined the boycott. Then, following a series of meetings Wednesday night and Thursday morning, the NBA players decided to resume the playoffs. 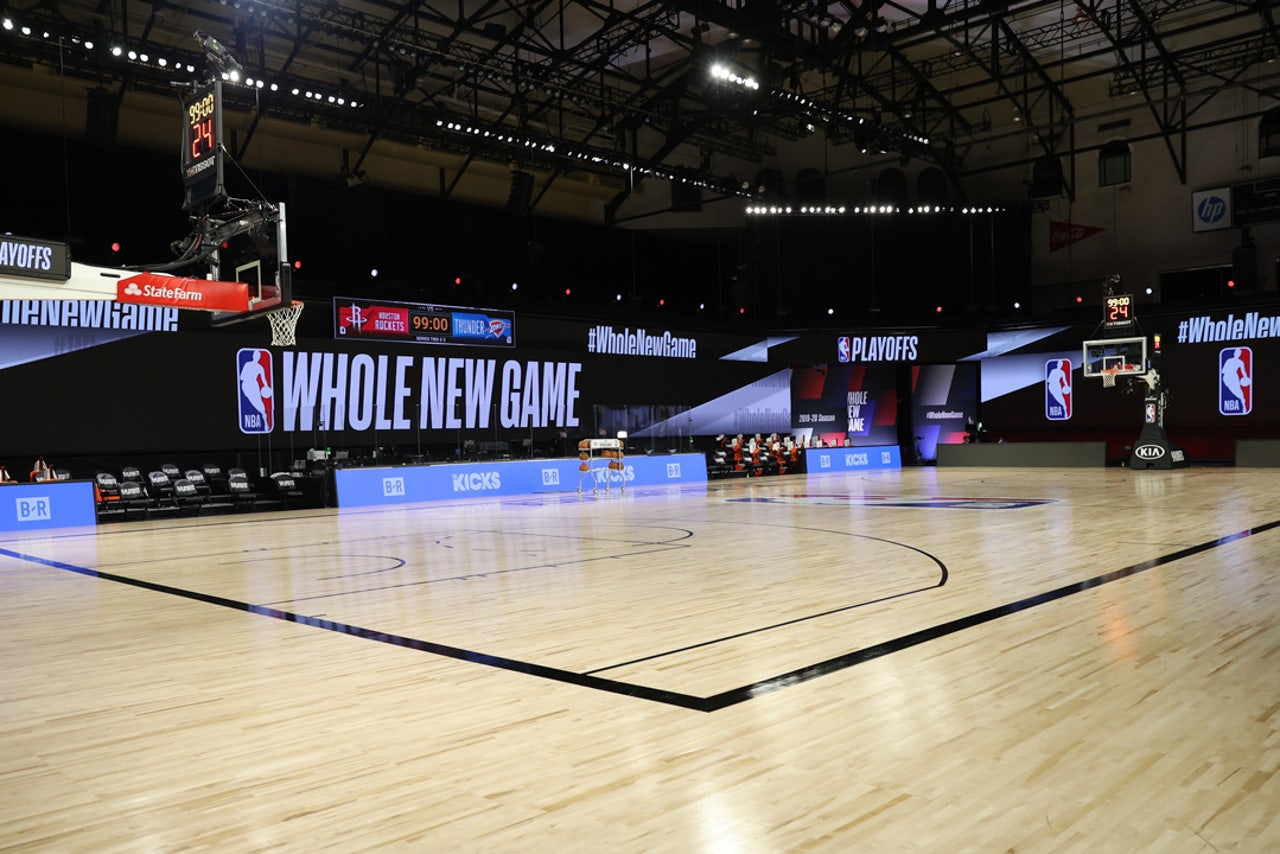 Here's everything you need to know about the movement across sports.

Several NBA players spent a large portion of Wednesday night into Thursday morning talking through issues, per ESPN. The players reconvened at 11 a.m. ET for another meeting ⁠— the same time that the NBA Board of Governors met ⁠— and while Thursday's playoff games will be postponed, the decision to resume the postseason was made.

The players and league announced Friday the playoffs would return on Saturday, in a statement that includes direct calls for action and concrete goals on behalf of the players.

When it came to the meetings, according to reports, Charlotte Hornets owner and NBA legend Michael Jordan implored other owners to listen to the players concerns before offering their own personal solutions.

Meanwhile, in the NFL, several teams canceled practice on Thursday, including the Jets, Colts, Packers, Bears, Titans, Broncos and Washington.

What happened on Wednesday?

In the minutes before the first NBA game of the day between the Magic and Bucks, reporters noticed Milwaukee's players were not on the floor for pregame warmups and were still absent at the game's scheduled tip.

Orlando's players then left the floor, and shortly thereafter, it was announced the Bucks were boycotting. From there, the Rockets, Thunder, Lakers and Blazers made a similar decision, which resulted in the NBA officially postponing all of Wednesday's games.

The boycott then spread to other sports, as the Milwaukee Brewers chose to sit out their game against the Cincinnati Reds.

Games between the Mariners and Padres and the Dodgers and Giants were subsequently postponed, as well, with several players in other games opting not to play. Just after 10 p.m. ET Wednesday, MLB issued a statement.

The Chicago Cubs' Jason Heyward was among individual MLB players who sat out Wednesday's games, as well.

WNBA teams originally planned to protest while playing, pausing the games every seven minutes, before ultimately deciding to boycott the games entirely instead.

In MLS, all matches were postponed following the completion of the first game of the night between Orlando and Nashville.

Women's tennis star Naomi Osaka, ranked No. 10 in the world, initially announced she would not play in Thursday's semifinal of the 2020 Western & Southern Open.

However, following a "lengthy consultation," Osaka will play the rescheduled semifinal against Elise Mertens on Friday, according to The Guardian.

Was the remainder of the NBA season really in jeopardy?

Players held a meeting in Orlando that also included some coaches and team personnel in which they reportedly discussed the need for real, tangible results before they would resume playing.

The Lakers and Clippers, meanwhile, reportedly voted to boycott the remainder of the season.

LeBron James reportedly walked out of the meeting, with the Lakers and Clippers following him, after the vote. However, the vote was reportedly by no means final.

Members of the Bucks and Raptors reportedly had supported shutting down the season, as well.

Why were players and teams choosing not to play?

Athletes across sports have raised their voices in the wake of the killing of George Floyd by police in Minnesota in late May. Sunday's shooting of 29-year-old Jacob Blake, an unarmed Black man who was shot seven times by police in Kenosha, Wisc., further fomented that anger and passion.

While not every team or player has explained exactly why they did not play, the National Basketball Players Association issued a statement Wednesday evening on NBA players' reasoning:

The Bucks, who helped start the chain of events, read a statement as a team in which they expressed their desire for the Wisconsin legislature to resume. Kenosha is a little more than 30 miles from Milwaukee.

Has this happened before?

In 1961, Bill Russell and the Boston Celtics boycotted an exhibition game to protest racial injustice.

NBA playoff games have been postponed before during times of civil unrest, as well.

What were some of the reactions to the news?

On "Inside The NBA," former NBA superstar Chris Webber gave his perspective in a powerful, emotional segment that described his history, being inspired by athletes before him, and trying to inspire the next generation — while simultaneously trying to explain the injustices of the world.

Webber's colleague, Kenny Smith, walked off the set of the show in solidarity with the players.

Wisconsin Lieutenant Governor Mandela Barnes, whom the Bucks reached out to as they gathered in the locker room during their boycott, shared what he told the team.

Chris Broussard shared his admiration for the players, saying he'd never been more proud of athletes, thanking them for their decision, and explaining what he believes has to come next.

NBA owners reportedly were supportive of the boycotts, as well.

For more reactions from athletes and teams in sports, including LeBron James and more, click here.