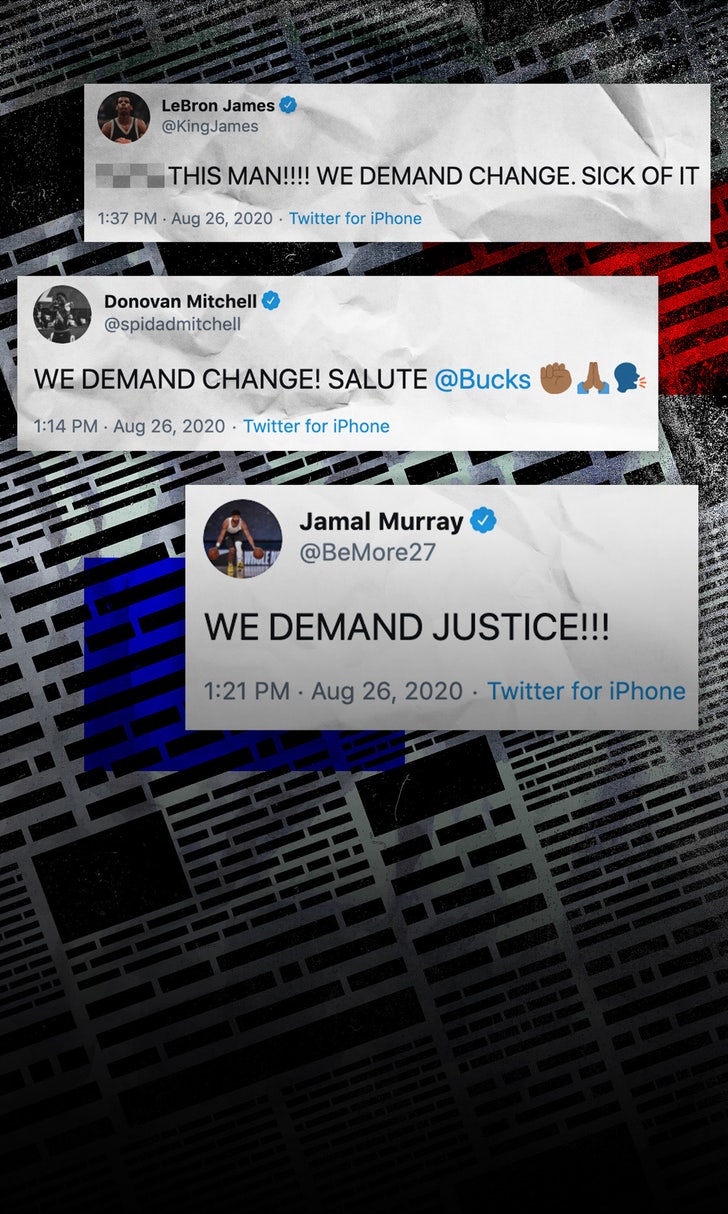 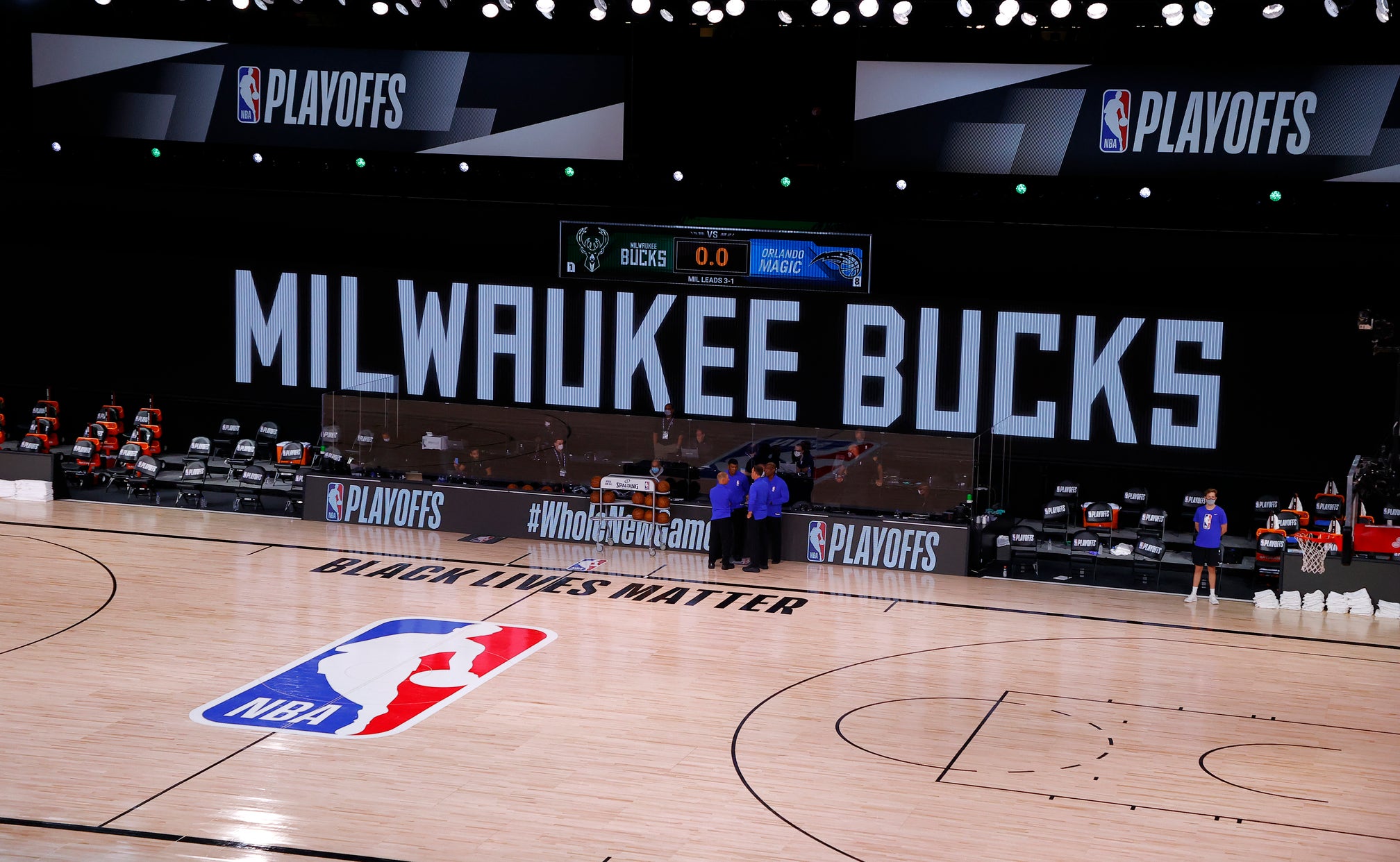 The Milwaukee Bucks made history on Wednesday afternoon when they decided to boycott their Game 5 matchup with the Orlando Magic in the first round of the Eastern Conference playoffs.

The boycott is in response to the shooting of Jacob Blake by police on Aug. 23 in Kenosha, Wisconsin, about 40 minutes away from Milwaukee.

It was announced shortly after that both the Oklahoma City Thunder and Houston Rockets would boycott their Game 5 matchup this afternoon, and the Los Angeles Lakers and Portland Trail Blazers would do the same, before the NBA decided to postpone all three games.

Once the news dropped, the sports world collectively weighed in on social media, including several NBA players who tweeted their support of the Milwaukee franchise, including Denver Nuggets guard Jamal Murray and Utah Jazz star Donovan Mitchell, whose teams are facing off in the first round in the Western Conference playoffs.

The WNBA also decided to postpone its trio of games scheduled for Wednesday night.

The NBA games were set to air on TNT this evening, and with the postponement of play, the NBA on TNT crew was left to instead discuss what transpired on Wednesday.

Former NBA All-Star Chris Webber shared a poignant message regarding the effort of the players in standing up for what they believe in.

And former NBA point guard Kenny Smith, in an effort to stand with the players, decided not to participate in Wednesday's broadcast.

In addition, Los Angeles Lakers superstar Anthony Davis shared his thoughts on today's boycotts and the shooting of Blake.

Below are more reactions after Wednesday's NBA postponements:

Several members of the NFL fraternity weighed in on social media as well, including First Team All-Pro safety Tyrann Mathieu of the Kansas City Chiefs.

As did Evander Cane of the NHL's San Jose Sharks.