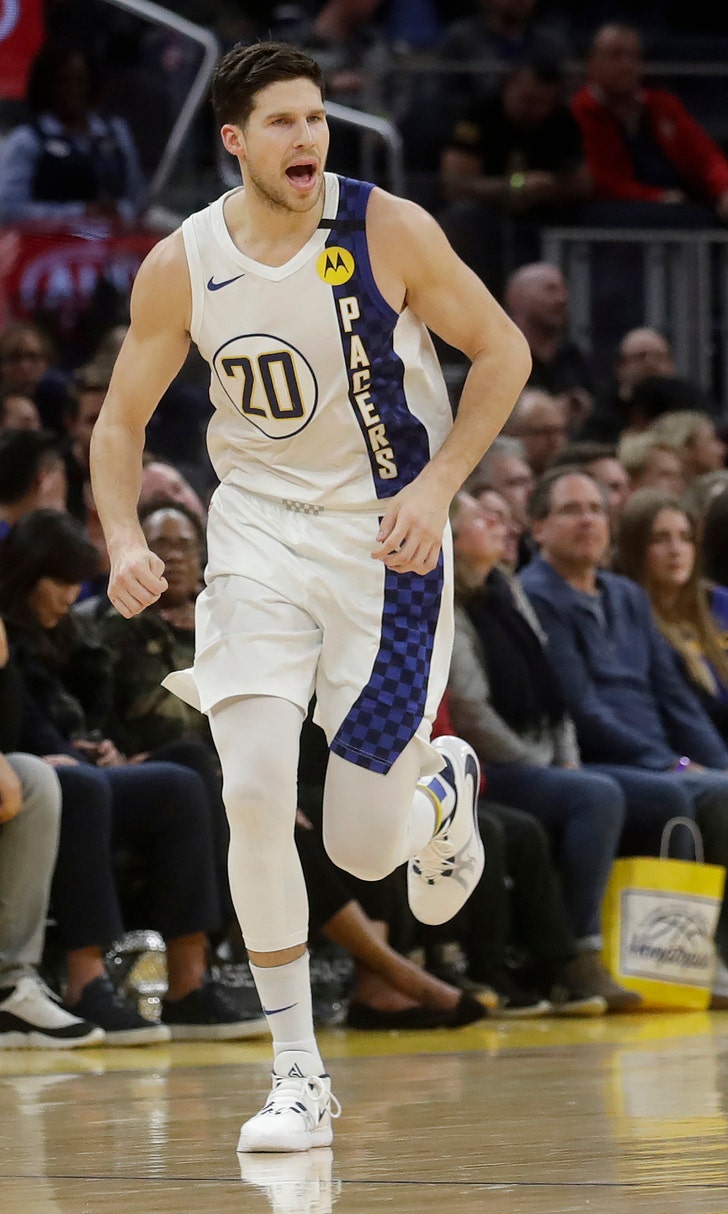 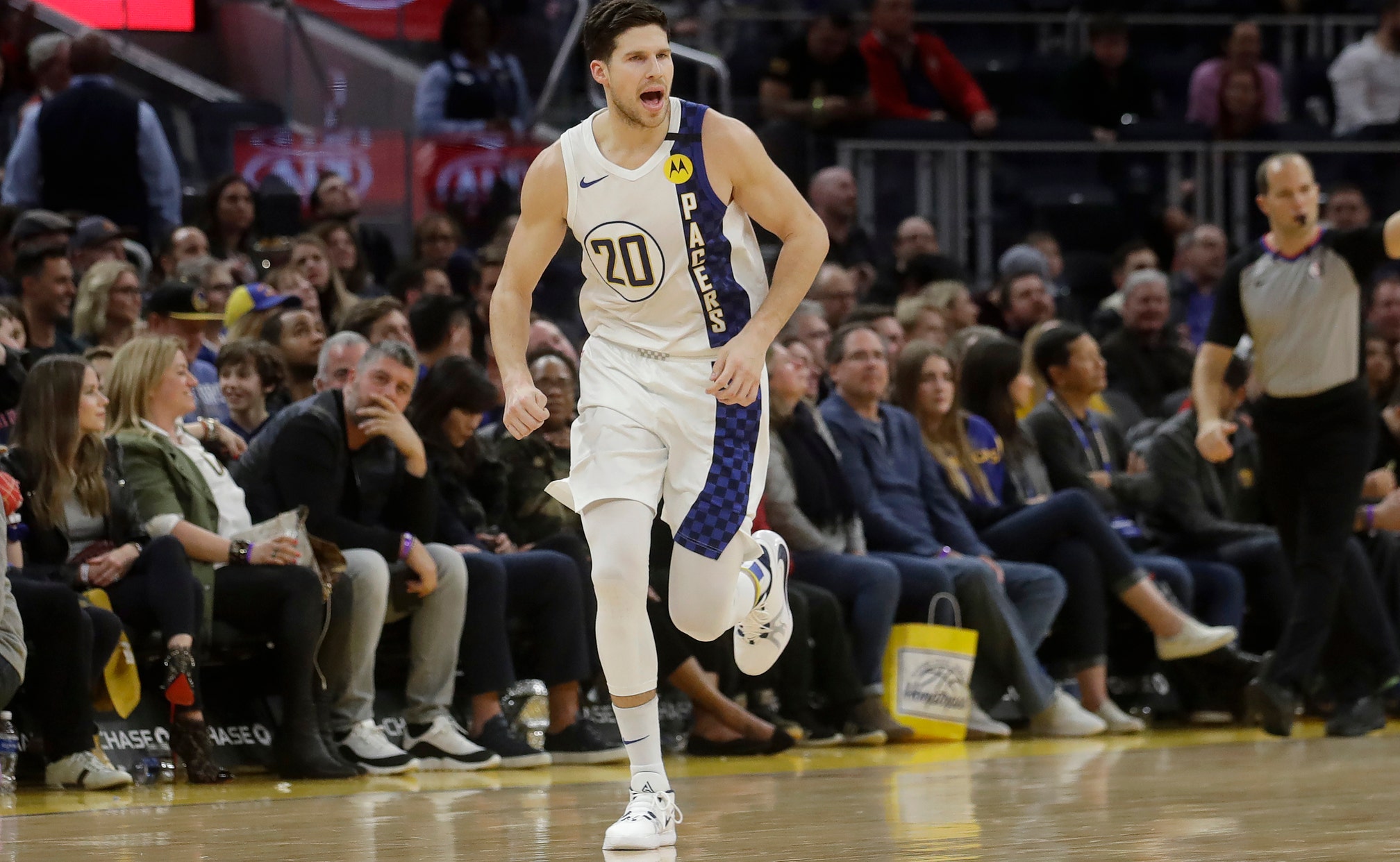 SAN FRANCISCO (AP) — Golden State's plan to double-team Domantas Sabonis in the post allowed Indiana's big man to show off his passing skills and gave the Pacers plenty of open looks from the perimeter.

Sabonis nearly got his second triple-double in six days, too.

Sabonis had 16 points, 10 rebounds and eight assists, T.J. Warren scored 21 of his 33 points in the first half and the Pacers beat the Warriors 129-118 on Friday night.

"We just needed to be patient, space the floor and get the ball out. Domas did a really good job in the post," Indiana coach Nate McMillan said. "When they sent the double-team he did a good job getting that ball out and our guys on the weak side were able to knock down shots."

Doug McDermott was one of the primary beneficiaries of Sabonis’ passing. McDermott made four 3-pointers in the fourth quarter and matched his season high with 24 points as the Pacers (30-16) won their seventh in eight games. T.J. McConnell and Aaron Holiday scored 12 apiece.

"It's great to have a player like that because Domas has really great vision and he's always looking to pass," McDermott said. "He's a very unselfish player, so he's fun to play with. He sets screens and it's really a shooter's dream."

Sabonis brushed off his night as nothing more than adjusting to what the Warriors were doing defensively.

"In the second half they started collapsing more and more, not letting us roll to the basket easily or in the post," Sabonis said. "I just tried to find my teammates for open shots."

D’Angelo Russell had 37 points for Golden State. The Warriors lost for the 13th time in 14 games and fell to an NBA-worst 10-37.

“Sabonis puts a lot of pressure on you,” coach Steve Kerr said. “He’s a really good dive man off the pick-and-roll. He’s a handful in there.”

Golden State was working to complete a trade with Dallas that would send Willie Cauley-Stein to the Mavericks in exchange for a second-round draft pick. The deal will reportedly be finalized when Dallas makes room on its roster for the 7-foot Cauley-Stein.

The Pacers held a 56-28 advantage in the paint, scored 33 points off 20 Warriors turnovers and got steady production from the bench to beat Golden State for the fourth time in 11 games.

Indiana let most of a 16-point halftime lead slip away in the third quarter, then nearly blew another big lead in the fourth before pulling away.

After Eric Paschall’s two free throws got Golden State to 121-115, Aaron Holiday – who made back-to-back 3s late in the third quarter – hit his third and Warren later added another 3-pointer to make it 129-118.

Sabonis gave the Pacers a scare when he went down after taking an elbow to the lower stomach early in the third quarter just as a timeout was called. Sabonis stayed down for several moments, then walked off the court before pausing near the scorer’s table to rub his head.

“It knocked the air out of me,” Sabonis said.

Pacers: Warren was called for a technical foul after scoring in the third quarter. … Sabonis had four steals by halftime to match his previous career high.

Warriors: With Cauley-Stein out because of the pending trade and Kevon Looney sitting out because of abdominal soreness, Marquese Chriss started at center had 13 points with three rebounds. … Russell was hit with a technical foul in the second quarter. … Injured starts Stephen Curry (hand) and Klay Thompson (knee) will be re-evaluated in early February.

Pacers: End their five-game road trip in Portland on Sunday. The Trail Blazers have won four straight against Indiana.

Warriors: Play the 76ers in Philadelphia on Tuesday to begin a five-game trip.