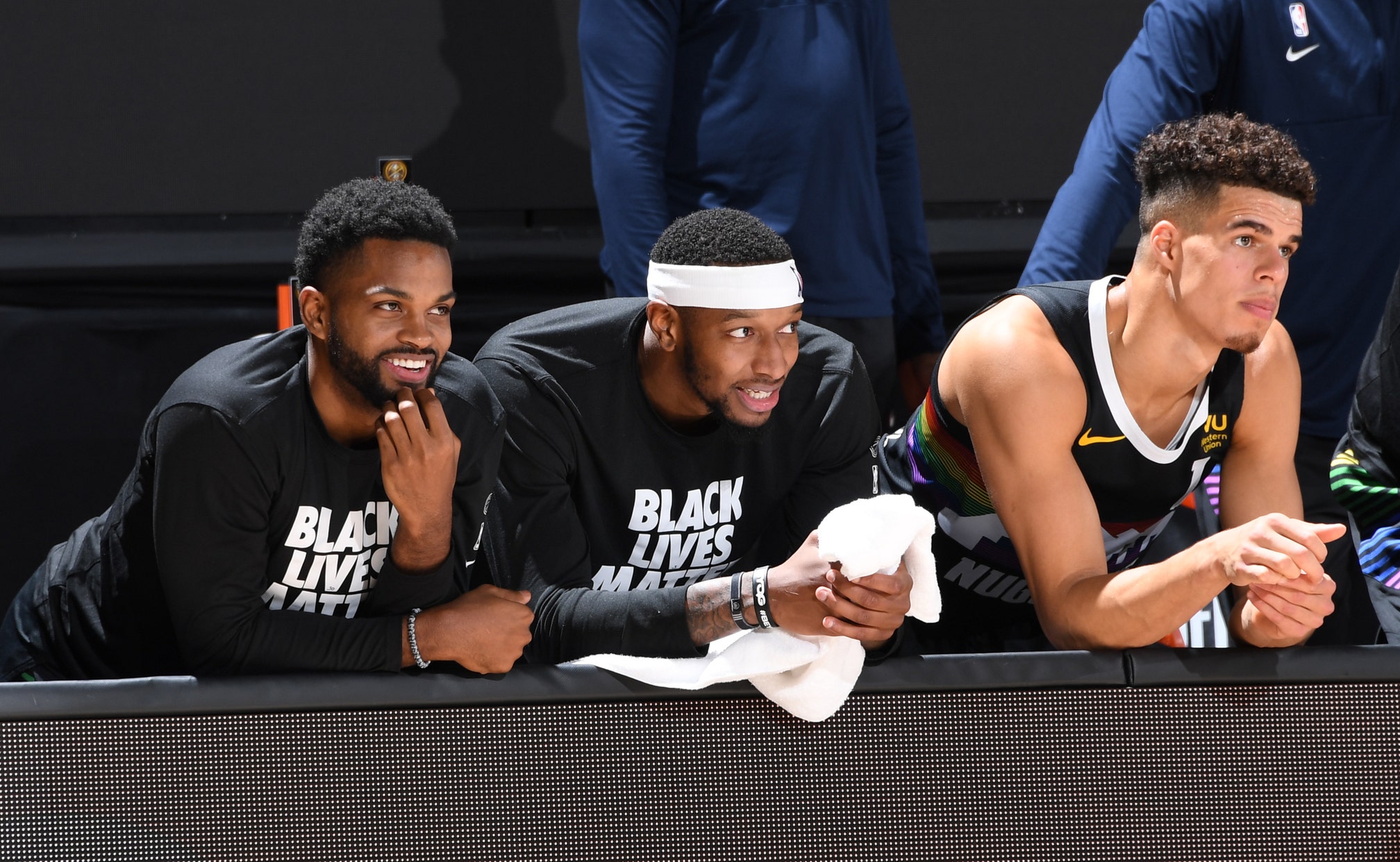 No one has ever accused Michael Porter Jr. of being trigger-shy, as he's shown throughout the NBA postseason, averaging 12.1 points on just over 10 shots a game.

And after Wednesday night's 96-85 loss to the Los Angeles Clippers, MPJ might have jumped the gun on questioning his team's offensive gameplan.

When asked what he needs to do in order to remain involved when he's not touching the ball, Porter Jr. offered these thoughts.

"We've gotta move the ball a little bit better. We can't be predictable against that team."

As a follow-up, MPJ was asked if he will voice his concerns to Denver coach Mike Malone, even though he's technically a rookie.

"If I'm gonna be out there on the floor playing a lot of minutes, I think I should voice that. So I'll probably talk to the coaches and just tell them what I see being out there on the floor. Just letting them know, 'Look, they know what we're doing. We gotta swing the ball. We got a lot of players that can play basketball and score.'"

Apparently, Dame Dolla had nothing but time on his hands Thursday morning.

Lillard's stance, as he eventually pointed out, is that MPJ should not have shared his thoughts with the media – and the world, for that matter – before sharing them with his teammates and the coaching staff.

The Nuggets overcame a 3-1 deficit to the Utah Jazz in the first round of the playoffs behind a few heroic efforts from star guard Murray, who scored a combined 142 points in Games 4, 5 and 6.

And in Game 7 against the Jazz, Jokic dropped 30 points, 14 rebounds and 4 assists, including scoring the game-winning bucket.

However, after carrying the Nuggets to the second round, Murray has had his struggles against the Clippers in the Western Conference semifinals.

On Thursday, Shannon Sharpe agreed with Porter Jr.'s assessment of the Denver offense, calling it "predictable."

"They put Jokic at the high pick and they dribble hand-off. They pass it to [Jokic] and then here comes Murray. Michael Porter Jr., I think he could have got more opportunities than what he got last night."

In the Nuggets' first round series, MPJ's scoring and shot attempts were uneven. He averaged 12.0 points on 42.9% shooting, scoring a series-high 28 points in Game 2 and series-low 2 points in Game 6.

In just three of the seven games did he attempt more than 10 field goals, despite playing nearly 26 minutes a night, more than half the game.

The Nuggets and Clippers will take the floor once again on Friday, with LA looking to close the door on Denver and punch its ticket to the Western Conference Finals.

In the meantime, we'll see if MPJ – or Dame – have any commentary left in the tank.