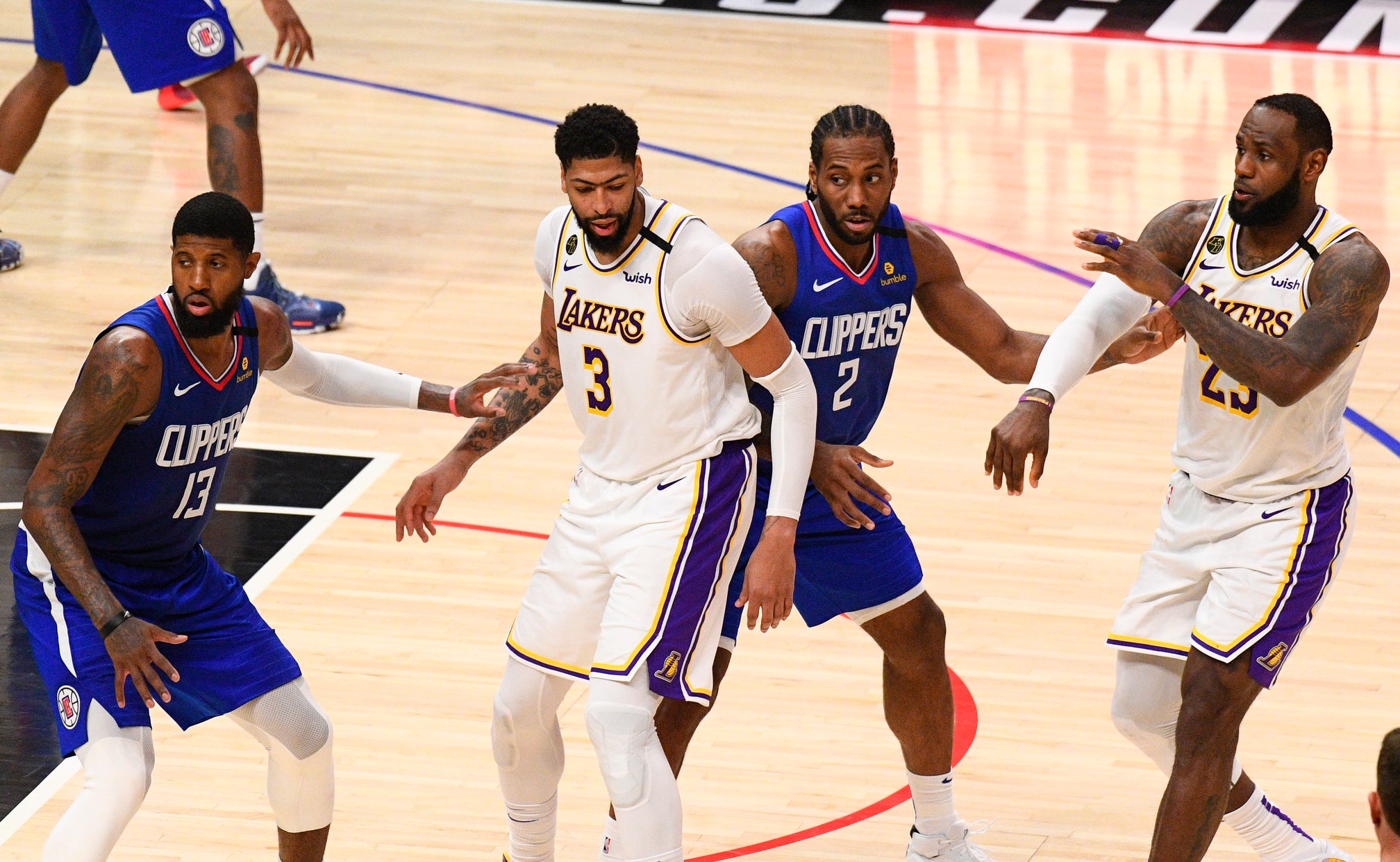 The Los Angeles Lakers and Clippers are not only rivals on the court, but in the front office, which has become abundantly obvious so far this offseason.

But to see where this rivalry is headed – as it enters its prime headed into this upcoming season – we must first take a step back to when the first domino tipped over just two summers ago.

When LeBron James joined the Los Angeles Lakers prior to the 2018-19 season, the attention of the basketball world began to shift out West, shining a bright light on one of professional sports' most glamorous franchises.

But it quickly became clear that James needed help if he hoped to bring the Lakers their 17th championship banner.

That help arrived prior to last season, when superstar big man Anthony Davis was traded from New Orleans to LA.

But James wasn't ready to stop there. He wanted another superstar.

In fact, he wanted the one that actually won the championship during The King's disappointing inaugural season in LA.

Reports suggested that Kawhi Leonard strongly considered joining LBJ and AD in Laker-land this past offseason, after winning his second NBA championship and second Finals MVP.

But in a last-minute move, the Los Angeles Clippers were able to acquire Paul George and The Klaw found a new home in LA – just not with the team many expected.

And with four of the NBA's greatest superstars now all in one town, the Los Angeles basketball rivalry reached heights it had never seen before, and the consensus was that the Lakers and Clippers would do battle in the 2020 Western Conference Finals, considering the Lakers were the top-seed and the Clippers were the No. 2 seed.

But the Denver Nuggets had other thoughts.

Despite leading 3-1 in the Western Conference semifinals, the Clippers were not able to hold on and advance to the WCF, as Denver stormed back and pulled off an upset for the ages.

Predictably, the Lakers dispatched the Nuggets in five games in the WCF, before defeating the Miami Heat in six games to win the NBA championship.

However, even though that NBA bubble season ended in October, it seems so long ago, with the 2020-21 season set to start on Dec. 22.

And with it, a renewed rivalry will begin between the LA teams, who have both spent the last few weeks wheeling and dealing on the open market, in anticipation of the heavyweight matchup that narrowly escaped them just over a month ago.

The Lakers kicked the offseason off by trading for the top reserve scorer in the NBA from last season, Dennis Schroder (18.9 points per game).

But things really started to get interesting when the Purple and Gold landed the first blow on Clip City, swooping in and signing reigning Sixth Man of the Year Montrezl Harrell, the Clippers' third-leading scorer (18.6) and second-leading rebounder (7.1) from last season.

While the move shocked the NBA world, it did even more to jolt the competition between the two franchises.

In the past week, the Lakers have also signed veteran guard Wes Matthews Jr. and traded for veteran big man Marc Gasol.

The Clippers have stayed mostly intact, but did make a splash by signing veteran forward Serge Ibaka – who will presumably replace Harrell – and traded for sharpshooter Luke Kennard.

So, with all the returning pieces, and all the new additions, which team is winning the battle of the offseason so far?

Naturally, Skip Bayless and Shannon Sharpe have differing opinions, with Bayless convinced that the Lakers actually became more vulnerable because of who they lost in free agency.

Rondo played a major role in the Lakers' title run, averaging 8.9 points, 6.6 assists and 4.3 rebounds in 24.7 minutes per game in the postseason.

Howard and McGee combined to put up 8.9 points, 7.7 rebounds and 1.1 blocks in the playoffs.

Sharpe is less concerned with who the Lakers lost and expressed joy regarding who they added, specifically Harrell and Schroder.

The Lakers finished last season with the best record in the Western Conference (52-19) and went 16-5 en route to winning the NBA title.

While the other major title contenders have also improved their rosters – Milwaukee landed Jrue Holiday, Philadelphia added Seth Curry and Danny Green, and Golden State (minus Klay Thompson) and Brooklyn are mostly healthy – the title looks like it will pass through Tinseltown this year.

It's just a matter of which Los Angeles team it will go through.

Reactions To Harden's Impressive Debut
The Beard was in classic form in his first game with Brooklyn, making NBA history along the way. Here's how people responded.
13 hours ago

A Big Liability In Brooklyn
How do sportsbooks react to blockbuster trades? How much money is on the Nets? And is there any value? Sammy P asked the experts.
20 hours ago

Worthy of Attention
Zach LaVine is setting the league on fire. Is Chicago officially looking at its next superstar guard?
21 hours ago