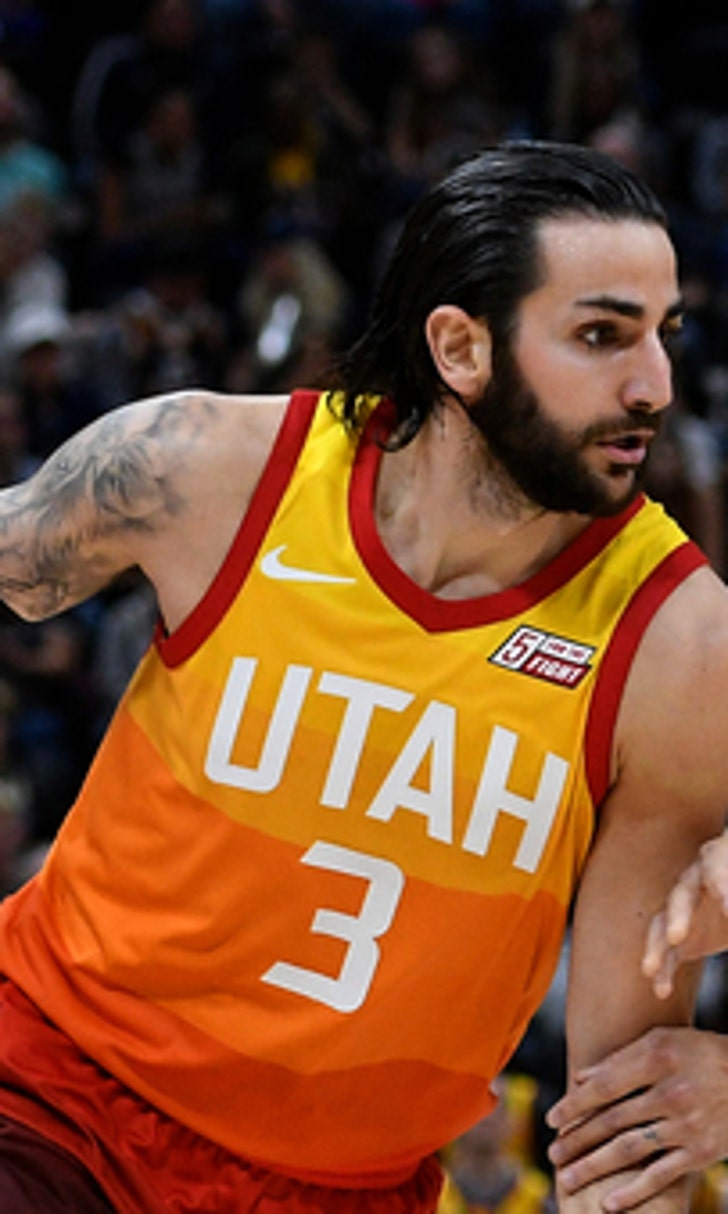 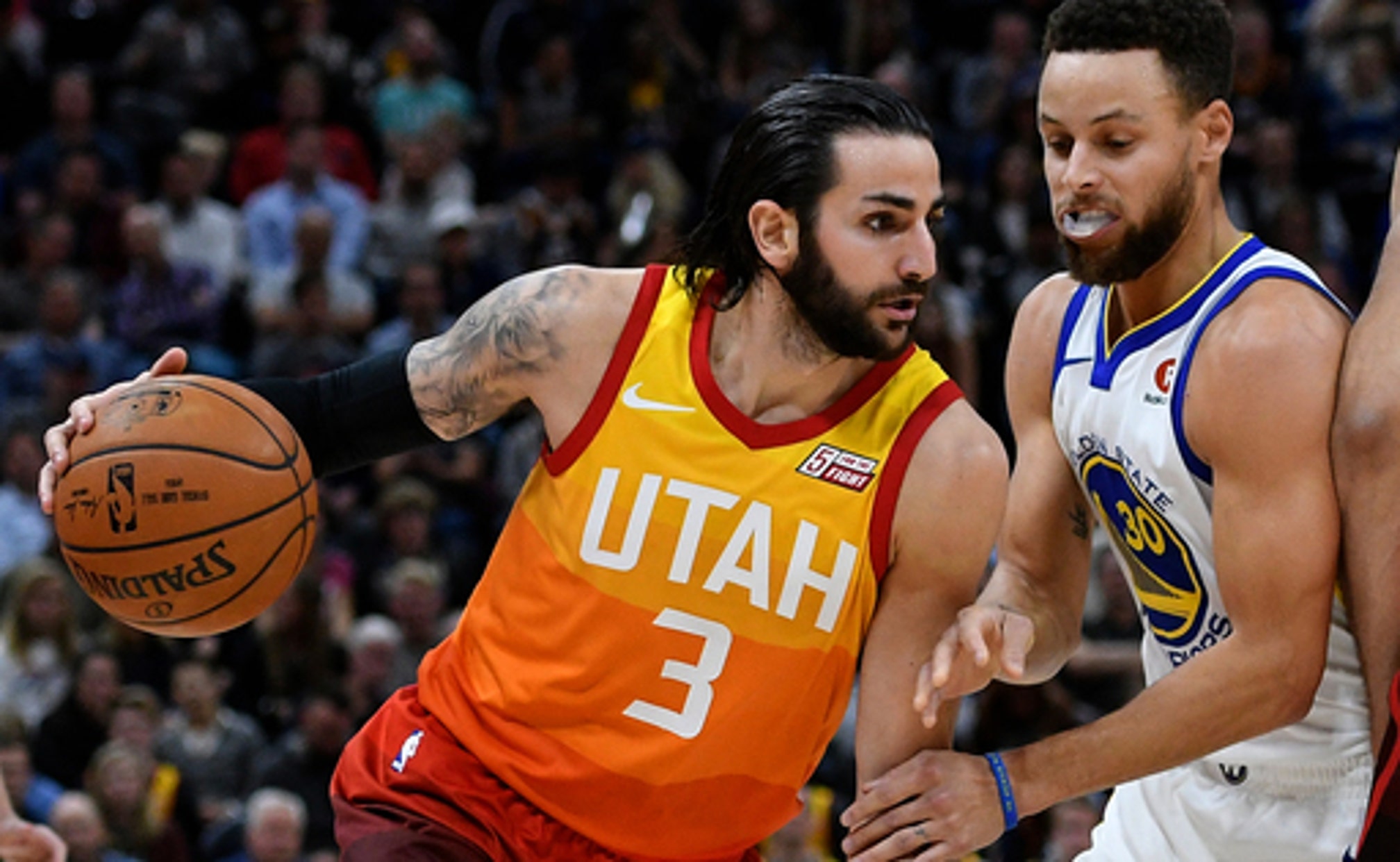 SALT LAKE CITY (AP) Golden State Warriors coach Steve Kerr was disgusted by his team's effort in a 30-point blowout on Tuesday night. For the Utah Jazz, it was the best win of a disappointing season.

''Our guys will tell you, that was a pathetic effort out there. That was disgusting basketball.''

The loss ended a three-game winning streak for the Warriors, who had won seven of eight before facing the Jazz. It was their largest loss of the season.

Utah now has a three-game win streak for just the third time this season.

Joe Ingles led a 3-point barrage by the Jazz that gave the team a 13-point lead at halftime that was extended to 18 at the end of the third quarter. The Aussie knocked down a career-high six triples, finished with 20 points and the Jazz shot 50.0 percent from behind the arc. Rubio continued his recent run of strong play and tied his season-high assists. Derrick Favors added 18 points and 10 rebounds while rookie Donovan Mitchell scored 20

The Jazz hit a season-high 58.2 percent of their shots from the field, the highest the Warriors have allowed under Kerr.

''Shooting is an equalizer,'' Jazz coach Quin Snyder said. ''I thought when we came out, Joe Ingles set the tone with the confidence with which he shot the ball.

Rudy Gobert anchored a defense that cut off a lot of Golden State drives to the basket and the Warriors never put together one of those offensive runs that typically buries their opponents.

Kerr seemed to wave the white flag with more than six minutes left in the game, pulling his starters. He lamented the lack of energy from his squad.

Klay Thompson led Golden State with 27 points and six rebounds while Kevin Durant finished with 17. Durant and Stephen Curry were a combined 1 for 12 from 3-point range.

''The issue tonight was just defense,'' Curry said. ''I asked Draymond (Green) on the bench in the fourth quarter if he could remember that bad of a performance that we've had in recent memory? Really can't. ... Can't just show up, especially on the road, and expect to win. That's kind of cheating the game."

Warriors: Kevon Looney did not play due to the flu.

The Los Angeles Clippers traded Blake Griffin to the Detroit Pistons on Monday despite having signed a $171-million free agent deal to stay with the Clippers in July. Curry said players never know how the future is going to work out.

''It is another example of players being kind of pigeonholed into this idea of loyalty and sacrifice and all that kind of stuff when it comes to signing deals and where they want to play and free agency,'' Curry said. ''It's not reciprocated on the other end consistently. There are examples that it is and there are healthy relationships around the league, for sure. Not to sound too negative, but I think there is kind of a consensus that you have to make decisions as you see fit as an individual.

The Jazz debuted their new ''City Edition'' uniforms with a corresponding court layout. The jerseys gradually fade from a bright gold around the shoulders, to orange around the midsection to a deep burgundy at the bottom of the shorts that represents the red rocks and canyons in southern Utah. The court also featured the color pattern around the edges and in the ''Utah'' logo at center court. The floor also featured an image of the Delicate Arch from the Arches National Park.

Warriors: Travel to face the Sacramento Kings on Friday.

Jazz: Travel to face the Phoenix Suns on Friday.

A Shift In Momentum?
Boston welcomed the return of Gordon Hayward in Game 3, with hopes it will translate into a comeback series win over Miami.
1 min ago

Nuggets Hold On To Win Game 3
Denver has become known for staging epic comebacks, but it needed to stave off one to claw back into the West Finals.
9 hours ago

AD Lets His Play Do The Talking
The Brow has made more noise with his game than his words this postseason, Martin Rogers writes.
15 hours ago

Hollywood Headscratcher
Paul George's postseason play was shockingly uneven, creating question marks as to how he and his LA teammates move forward.
15 hours ago
those were the latest stories
Want to see more?
View All Stories
Fox Sports™ and © 2020 Fox Media LLC and Fox Sports Interactive Media, LLC. All rights reserved. Use of this website (including any and all parts and components) constitutes your acceptance of these Terms of Use and Updated Privacy Policy. Advertising Choices. Do Not Sell my Personal Info