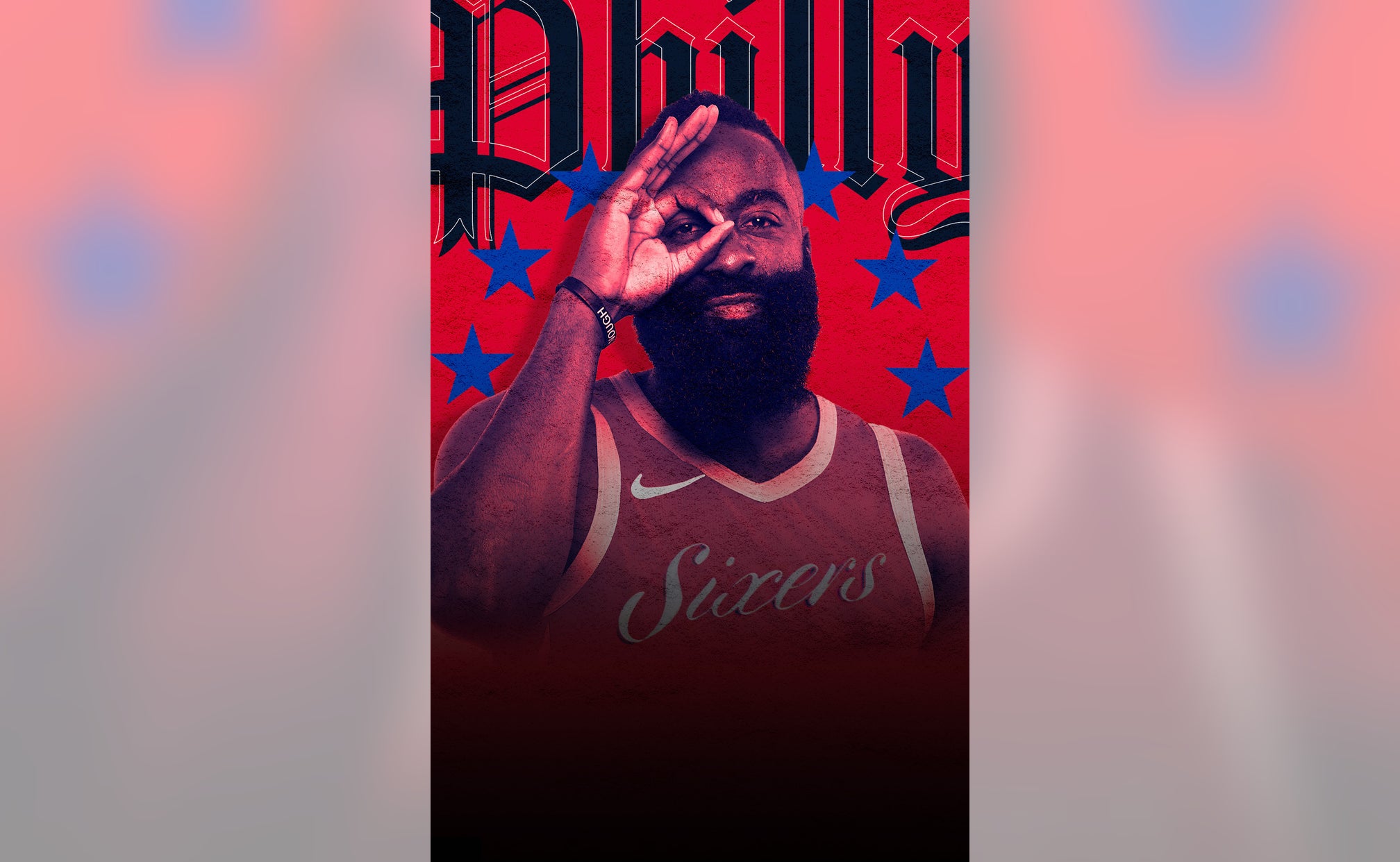 The question was already on everyone's mind, seemingly before the ink on Daryl Morey's contract with the Philadelphia 76ers had dried.

Would the new President of Basketball Operations for the Sixers make a move to bring James Harden into the fold?

It's no state secret that Morey is a fan of Harden.

In fact, when he left the Rockets, Morey took out a full-page newspaper ad that included a photo of him and Harden along with a bolded phrase: "James Harden changed my life."

And despite Stadium's Shams Charania reporting a trade is a "non-starter" for the Rockets, Morey's been known to be aggressive on the trade market.

He moved major capital to trade for Harden in 2012, setting the Rockets up for a long series of success ⁠— albeit a run that never produced a Finals appearance.

However, if the Rockets are entertaining the idea, Broussard would move heaven and earth to pry Harden away if he were Philadelphia.

"If I'm Philadelphia? Without question. I absolutely give up Ben Simmons, Mike Scott, Zhaire Smith, whatever it has to be, to get James Harden. ... If I could do it, if I'm Philly, I'm jumping at it."

A 36.3 percent career three-point shooter, Harden is one of the game's all-time best marksmen. The 31-year-old averaged 34.3 points per game last season, to go along with 6.6 rebounds and 7.5 assists.

Meanwhile, Embiid averaged 23 points, 11.6 rebounds 3 assists and is regarded as one of the games premier rim-defenders.

With that in mind, Skip Bayless said a Harden-Embiid combo could be lethal in the league.

Nick Wright reaffirmed Bayless' point about the impact Harden would have on the Sixers, while also cautioning that he also doesn't foresee the trade transpiring.

Not everyone has as rosy an outlook for the hypothetical Sixers move.

As Shannon Sharpe mentioned, Harden is an atypical guard that requires the ball in his hands. He also doesn't have a track record of success playing alongside a traditional big.

At the moment, it certainly appears as though Harden will remain in Houston and that the overhaul in Philadelphia will be contained to the front office and coaching ranks.

If history with Morey has told us anything, however, it's that nothing is ever fully off the table.

Building Blocks
The stars of the future have arrived. But who would you want to start your fictitious franchise? Skip and Shannon have an idea.
23 hours ago