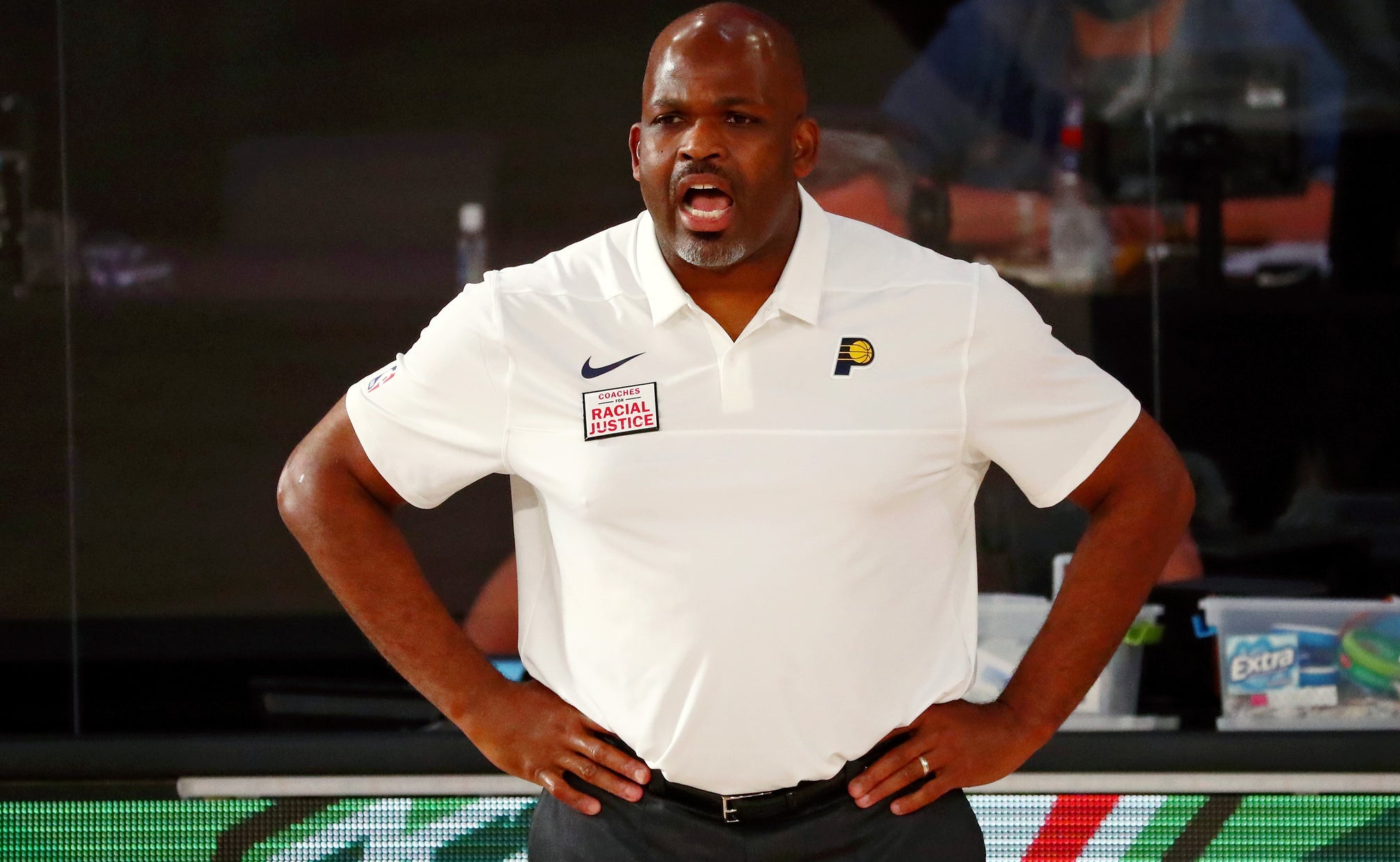 The Indiana Pacers fired head coach Nate McMillan on Wednesday, after the team was swept in the first round of the NBA playoffs by the Miami Heat.

McMillan's release comes less than two weeks after the franchise agreed to terms on a contract extension with McMillan on Aug. 12., adding a team option for the 2021-22 season.

Clevis Murray of The Athletic reported that despite the extension, McMillan's job stability has been in question for months, and the Pacers have had their eyes on another current NBA coach.

"[Pacers owner] Herb Simon is known for taking care of employees he likes, even if they no longer fit in his plans, so that might explain the extension. The Pacers also may have been making one last attempt to empower Nate, because several sources say he had lost the locker room.

"Nate is a defensive-oriented system coach and Pritchard has been itching for a while to play faster. Hence the D’Antoni speculation. The sweep isn’t what cost Nate his job as much as how they got swept — barely averaging 100 points per game."

D'Antoni and the Houston Rockets are currently in the midst of a playoff run, but his contract will expire at the end of this season.

FS1 NBA analyst Chris Broussard weighed in on the firing of McMillan and where the veteran coach might go from here:

“The timing of this firing was strange considering they had just signed McMillan to a one-year contract extension. That McMillan did a very good job in Indiana the last four years is undeniable and despite his playoff struggles, it can easily be argued that he overachieved.

"Indiana wants a more offensive-minded coach who’ll have the Pacers bomb away from 3-point land. Meanwhile, McMillan should immediately be placed on Philadelphia’s short list of head coaching candidates. He’d be good for Joel Embiid.”

McMillan was named coach of the Pacers prior to the 2016-17 season and had yet to post a losing season with the team, posting a 183-136 record.

However, he was just 3-16 in the postseason.

The Pacers finished 4th in the Eastern Conference this season, but were dominated in the first round by the Heat, losing all four games by an average of 10.5 points.

Under McMillan, the Pacers were also swept last season in the first round, losing 4-0 to the Boston Celtics.

McMillan has compiled a 661-588 career record in 16 seasons as a head coach in Seattle, Portland and Indiana.