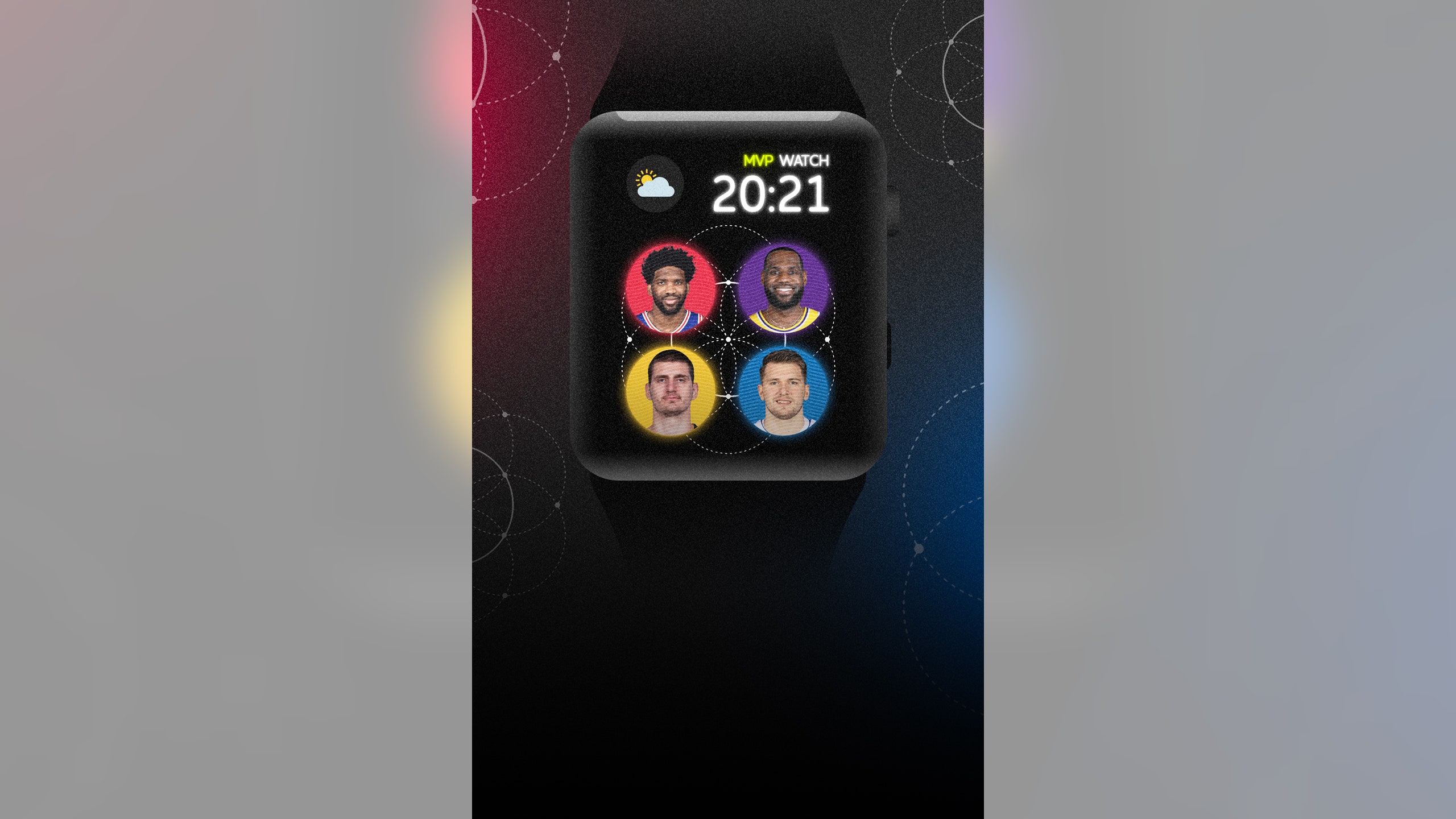 Another busy week of NBA action saw a bit of shuffling around the MVP odds.

LeBron James still leads the pack in Los Angeles, and his odds increased over the week, from +175 to +140 despite a pair of losses. Meanwhile, the red-hot Brooklyn Nets are putting the league on notice, even with their leading MVP candidate on the shelf.

Here are the top five MVP favorites, according to FOX Bet's insights, along with a breakdown of each candidate's stats as of Monday morning, recent play and what's on the horizon. 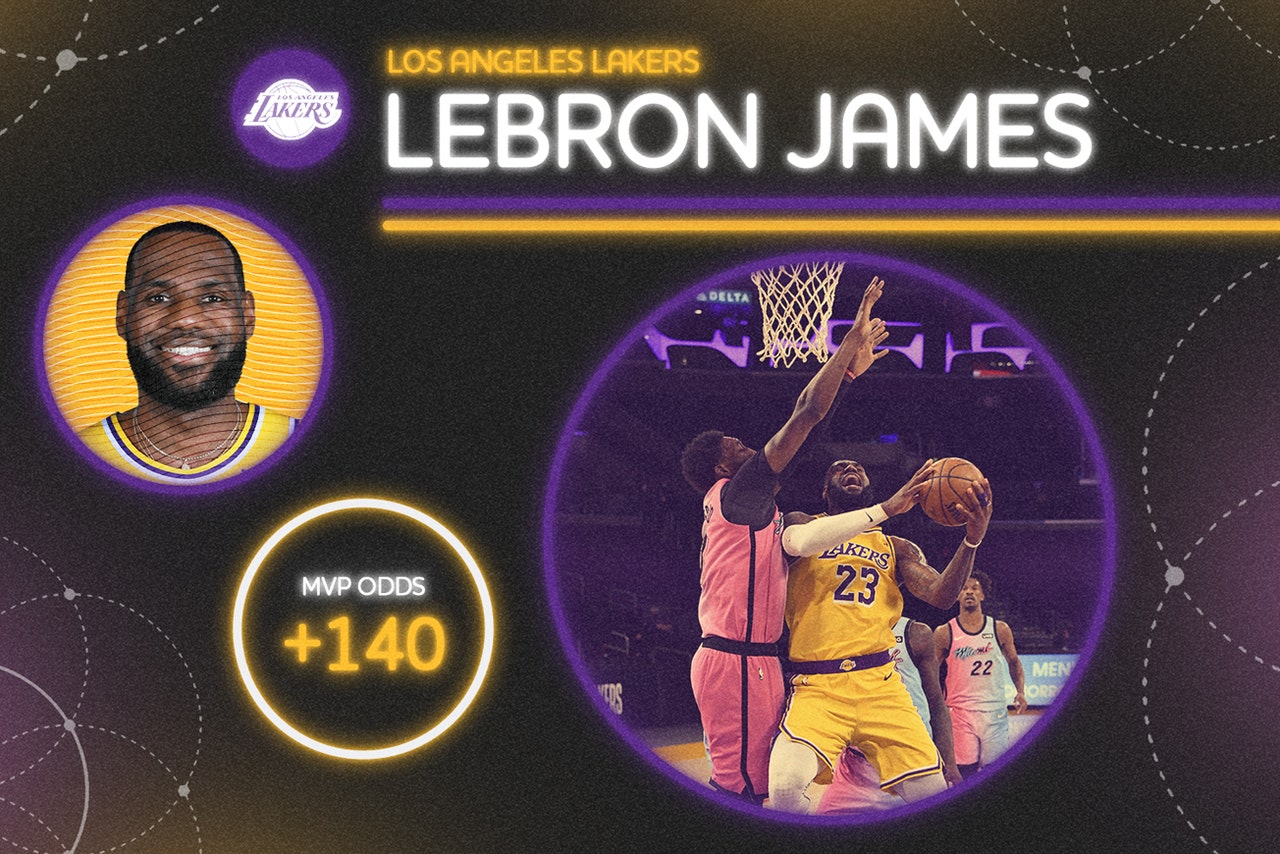 How it's going: The Los Angeles Lakers are still adjusting to the loss of Anthony Davis, going 1-2 since the big man hit the shelf because of an Achilles injury. James had a pair of midweek games with 30 and 32 points, but the King really struggled Saturday in a 96-94 loss to the Miami Heat, a rematch of the 2020 NBA Finals. James shot a season-low 33.3% from the field and mustered just two points in the fourth quarter in a 19-point performance against his former team.

What's up next: The Washington Wizards visit Monday before a clash of the Western Conference's elite awaits Wednesday. LeBron & Co. travel to take on the 24-6 Utah Jazz before returning to Staples Center to host Damian Lillard and the Portland Trail Blazers on Friday and the Golden State Warriors on Sunday to close out the week.

What people are saying: "He’s set the bar for the entire league. We’re all faced with this exhilarating challenge, which is how to conquer one of his teams. He’s just a maestro in how to control a game. It’s a matter of grappling for control … he’s just a brilliant mind." ⁠— Heat head coach Erik Spoelstra, via Mike Trudell 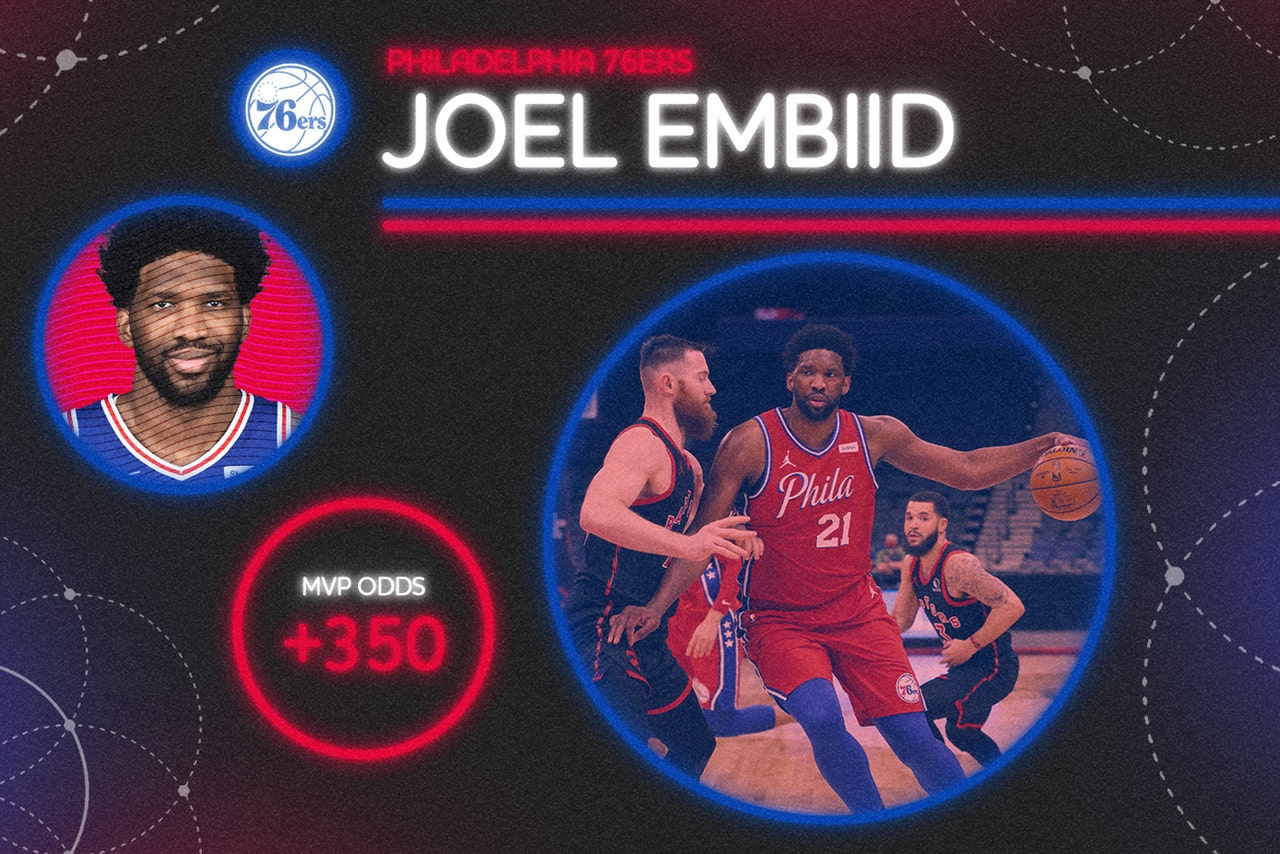 How it's going: Embiid went absolutely bonkers against the Chicago Bulls on Friday, dropping a career-high 50 points on 65.4% shooting from the field in a 112-105 win. The Philadelphia 76ers' big man made 15 of his 17 free-throw attempts and hauled in 17 rebounds in the contest. Unfortunately for the Sixers, they followed that performance with a 110-103 loss to the Toronto Raptors on Sunday. Nevertheless, they hold the slimmest of margins atop the Eastern Conference at 20-11.

What's up next: A quick shot at revenge is on the menu for the Sixers, who will play the Raptors again Tuesday before hosting the Dallas Mavericks on Thursday. Embiid & Co. wrap up their week of games with a Saturday tilt against the lowly Cleveland Cavaliers, who are 10-20 to start the season.

What people are saying: "When [my children] ask [one day] who’s the best player you played with, I’ll say it’s Joel Embiid." ⁠— Tobias Harris 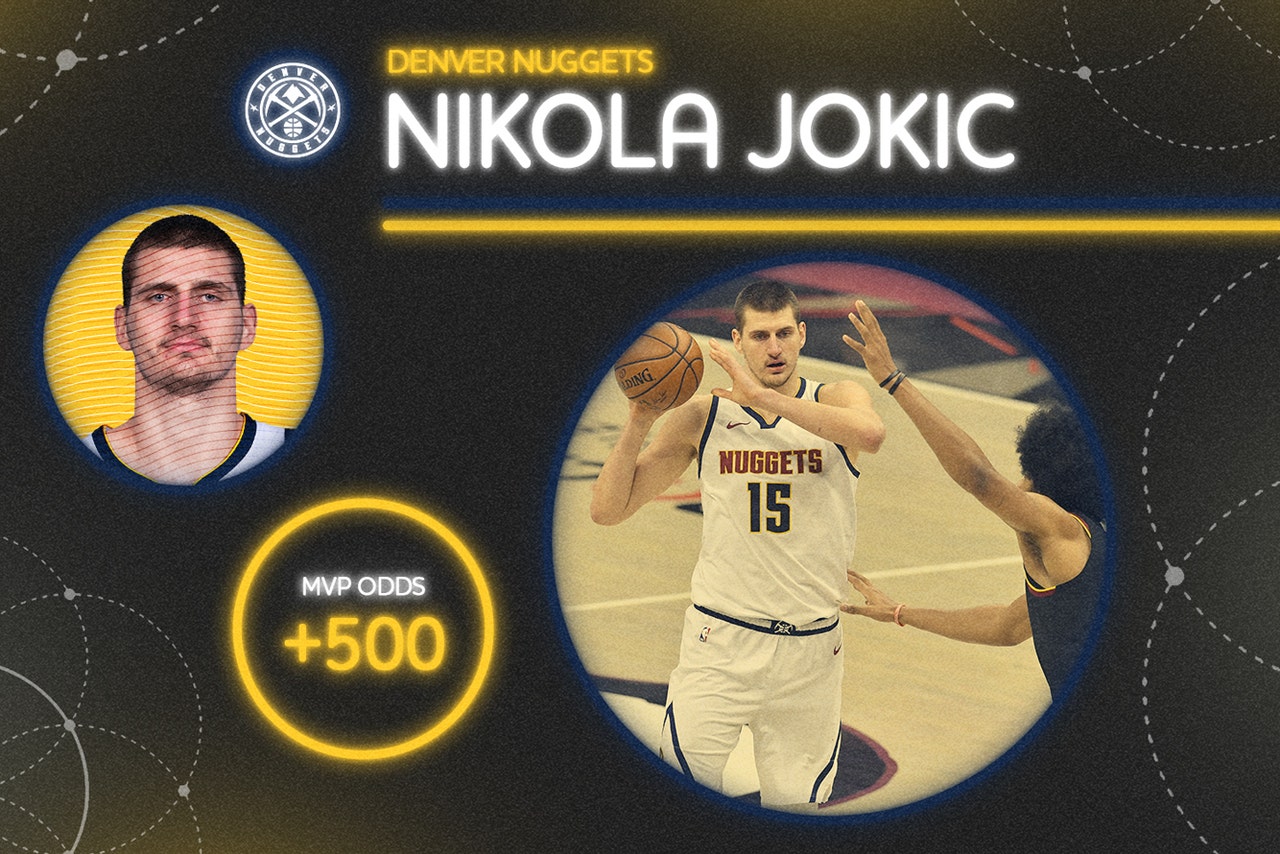 How it's going: Last week's road trip didn't go particularly well for the Denver Nuggets, who went 1-3 in those contests. Jokic started the swing out East with a 43-point game and a 33-point game, both in losing efforts, before cooling off with 16 points in a win against the Cavs and 15 points in a loss to the Atlanta Hawks. One thing fans can always count on with Jokic? His uncanny ability to pull off incredible passes as a big man.

What's up next: The Blazers will visit Denver on Tuesday, followed by the Wizards on Thursday. Come the weekend, the Nuggets will embark on another road trip, starting with a bout with the Oklahoma City Thunder on Saturday. Jokic's team will hope its upcoming road trip bears a bit more fruit than last week's.

What people are saying: "It's not just because he can just roll out of bed and do that. It's because he puts in the work behind the scenes. And he puts in more work than most other players." ⁠— Chris Dempsey, Altitude Sports 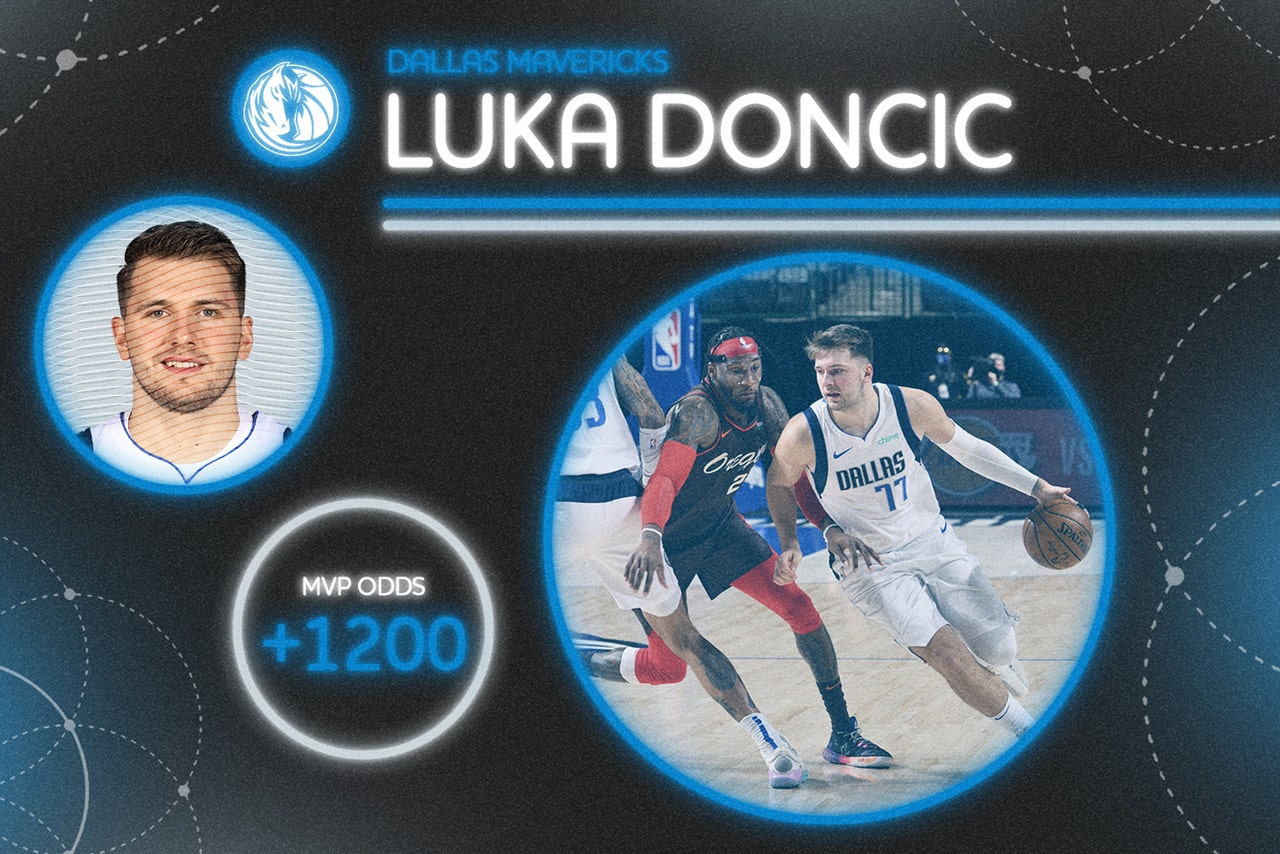 How it's going: Due to inclement weather in Texas, the Mavericks haven't played since a 121-118 loss to Portland on Feb. 14. The league postponed two games for the Mavs, one at home vs. the Detroit Pistons and an away trip against the Houston Rockets. Including the loss to the Blazers, the Mavs are 5-2 in their past seven matchups, with Doncic averaging 34.3 points, 9.6 assists and 7.7 rebounds in that stretch. One highlight of the week for Doncic? He earned a starting nod for the NBA All-Star Game.

What's up next: A busy week for the Mavs starts with the first game of a back-to-back against the Memphis Grizzlies on Monday, followed by the Boston Celtics coming to town Tuesday. The Mavericks will then head east to take on the Sixers on Thursday before visiting the Nets on Saturday.

What people are saying: "To be honest, I didn't expect I was going to start this game. [Damian] Lillard maybe deserved it more than me." ⁠— Luka Doncic 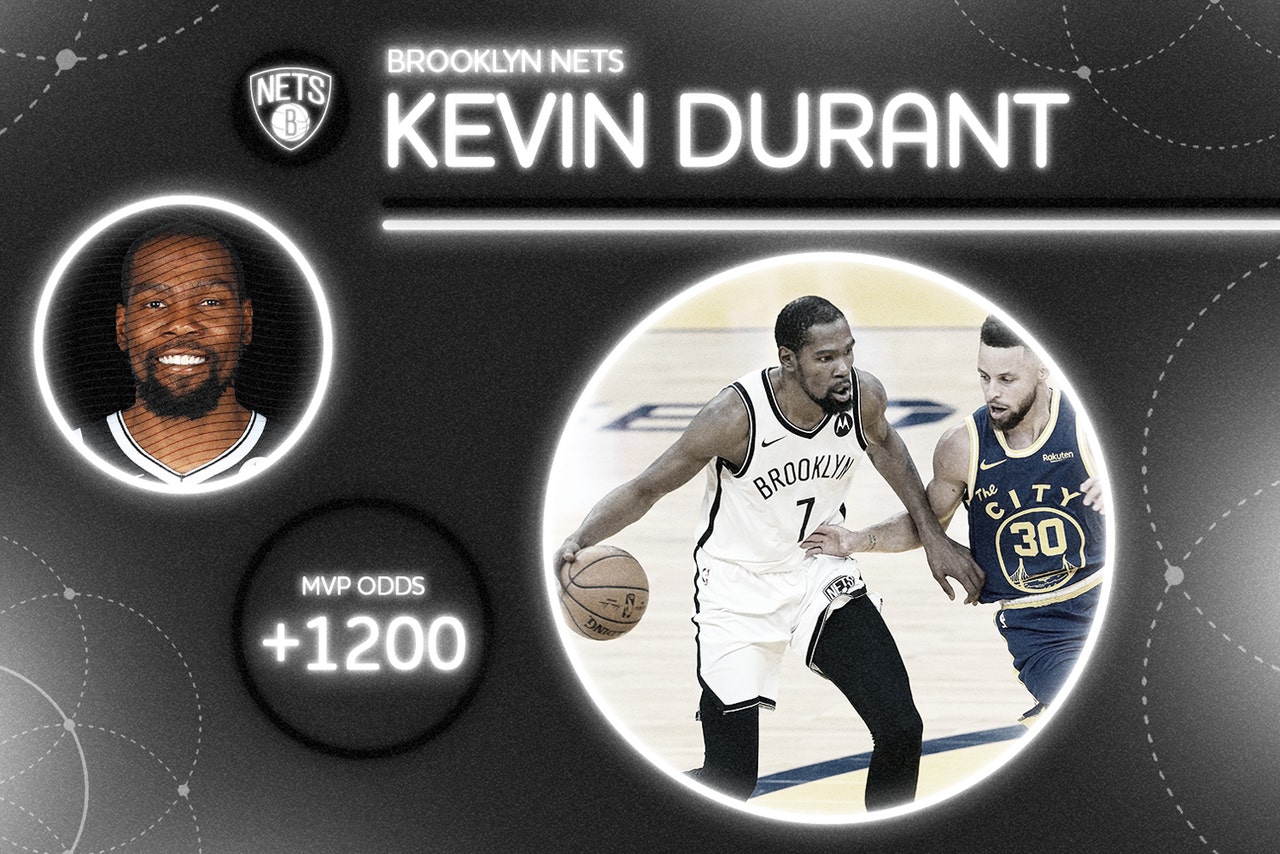 How it's going: Durant didn't play a single minute last week, and still the Nets kept winning ⁠— including emerging victorious against the Lakers and LA Clippers over the weekend. The James Harden trade is paying dividends, but it will still be interesting to see what the Nets look like with Durant, Harden and Kyrie Irving all on the court at the same time for an extended run of games. Durant's nagging hamstring injury hasn't been deemed too serious, but it bears watching.

What's up next: Winners of six straight games, five of which were on the road, the 20-12 Nets return home to host the Sacramento Kings on Tuesday and the Orlando Magic on Thursday. With those teams sporting a combined record of 25-36, it's tough to envision the Nets encountering a midweek stumble. Saturday's matchup against the Mavericks might pose their biggest challenge of this week's slate of games.

What people are saying: "I think he’s progressing every day, though, and it’s really positive. I couldn’t tell you when his return is ... But I’d reiterate that we’re all optimistic and positive that he’s improving at a rapid rate and will be back soon." ⁠— Nets head coach Steve Nash on Durant, via NetsDaily.com 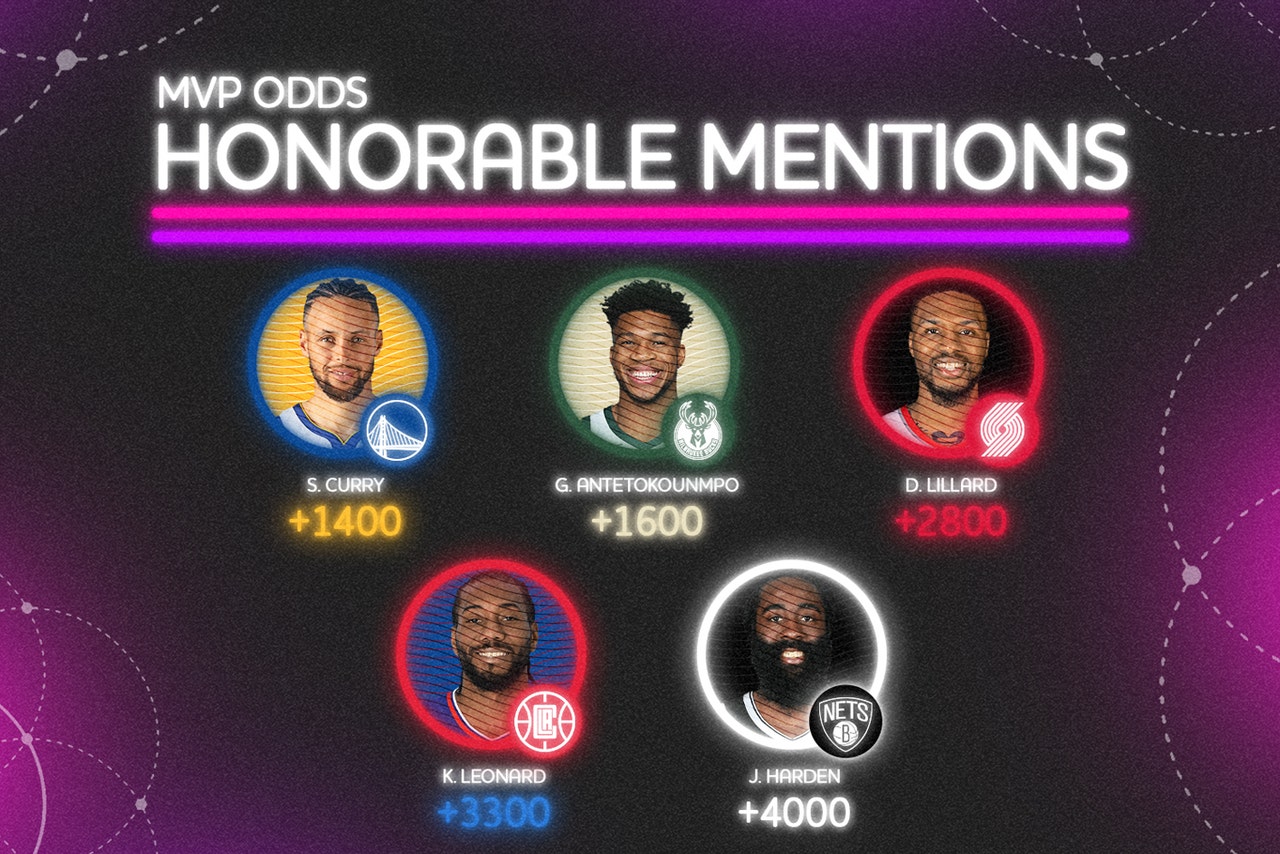