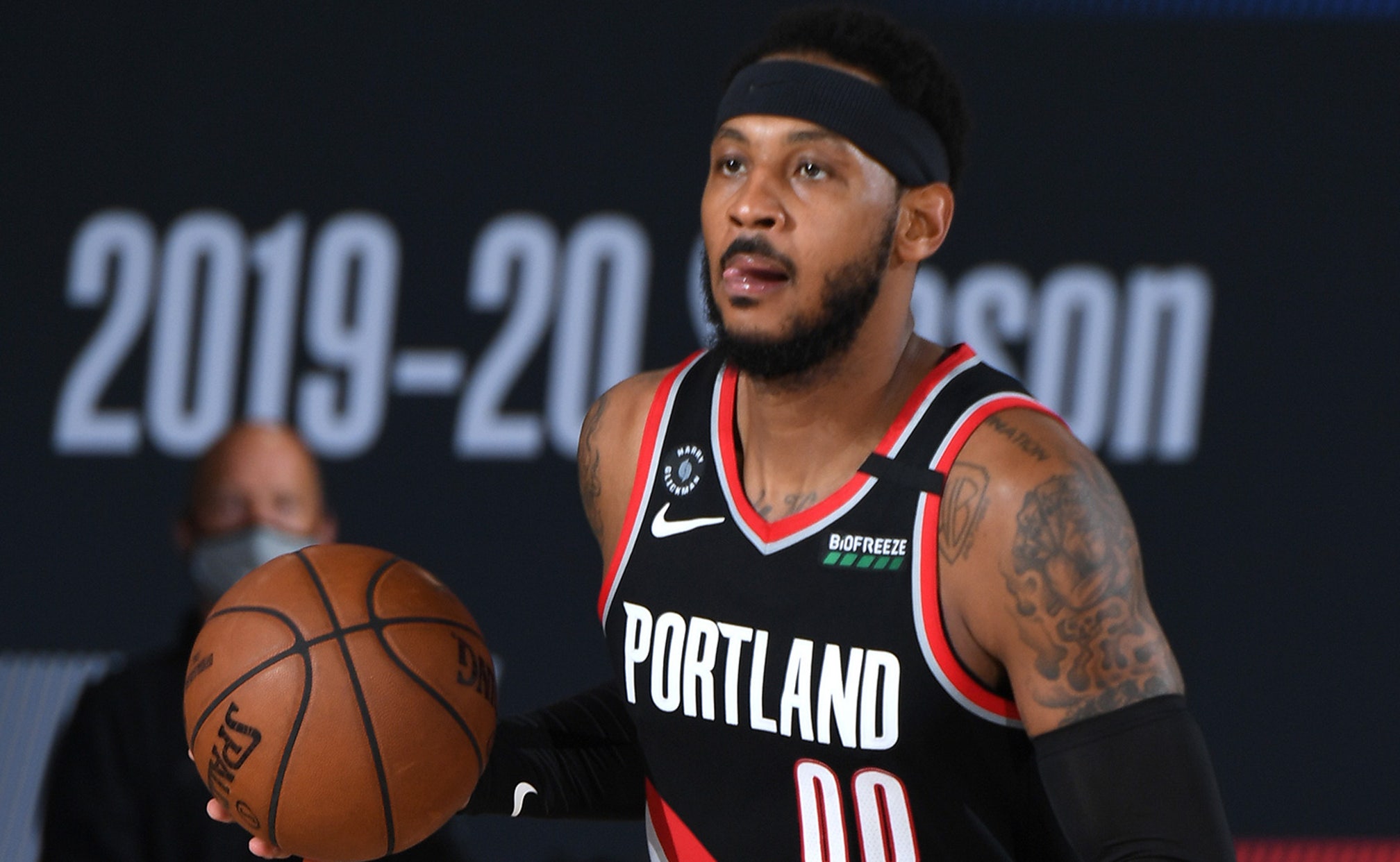 Carmelo Anthony's 2019-20 season is officially over, but the 36-year-old's career could be a different story.

Speaking with reporters after the Portland Trail Blazers fell 131-122 in Saturday's decisive Game 5 against the Los Angeles Lakers, Anthony affirmed his desire to continue playing.

Furthermore, he's hopeful to remain with the Blazers, where he says he's found a "home."

Anthony's comments came after he put up a vintage performance in Portland's loss, scoring 27 points on 9-of-16 shooting and hitting 3-of-4 attempts from beyond the arc.

The 27 points marked the most Anthony had scored in the playoffs since he tallied 39 with the New York Knicks in 2013.

Following acrimonious splits from the Oklahoma City Thunder and Houston Rockets, Anthony spent more than a year out of the game before signing with the Trail Blazers in November 2019.

Considering his time away from the game, Anthony performed admirably for the Blazers in the early going.

But when the league resumed in late July following the shutdown due to the pandemic, a new-look Anthony ⁠— dubbed "Skinny Melo" ⁠— emerged.

With the Blazers battling for their playoff lives in the NBA's bubble, Anthony's clutch shooting and timely defense proved to be key assets alongside superstar Damian Lillard's dominant offensive performances.

In his eight bubble games, Anthony averaged 16.5 points, 6.9 rebounds and 1.1 steals per game with a 47 percent clip from the three-point line.

While ultimately the run came to an end, Anthony certainly proved to both current a former players that he still belongs in the league, despite getting up there in age.

And if Saturday winds up being the last we see of Anthony on an NBA court, at least he can leave the league with his head held high.