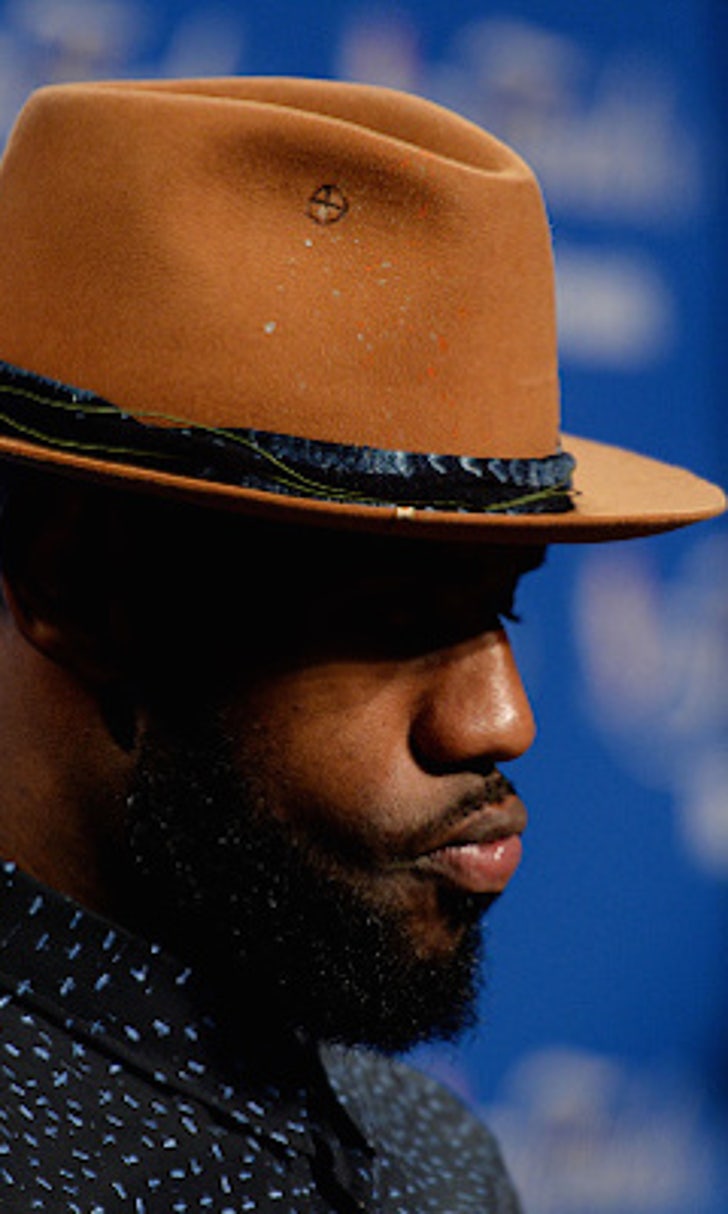 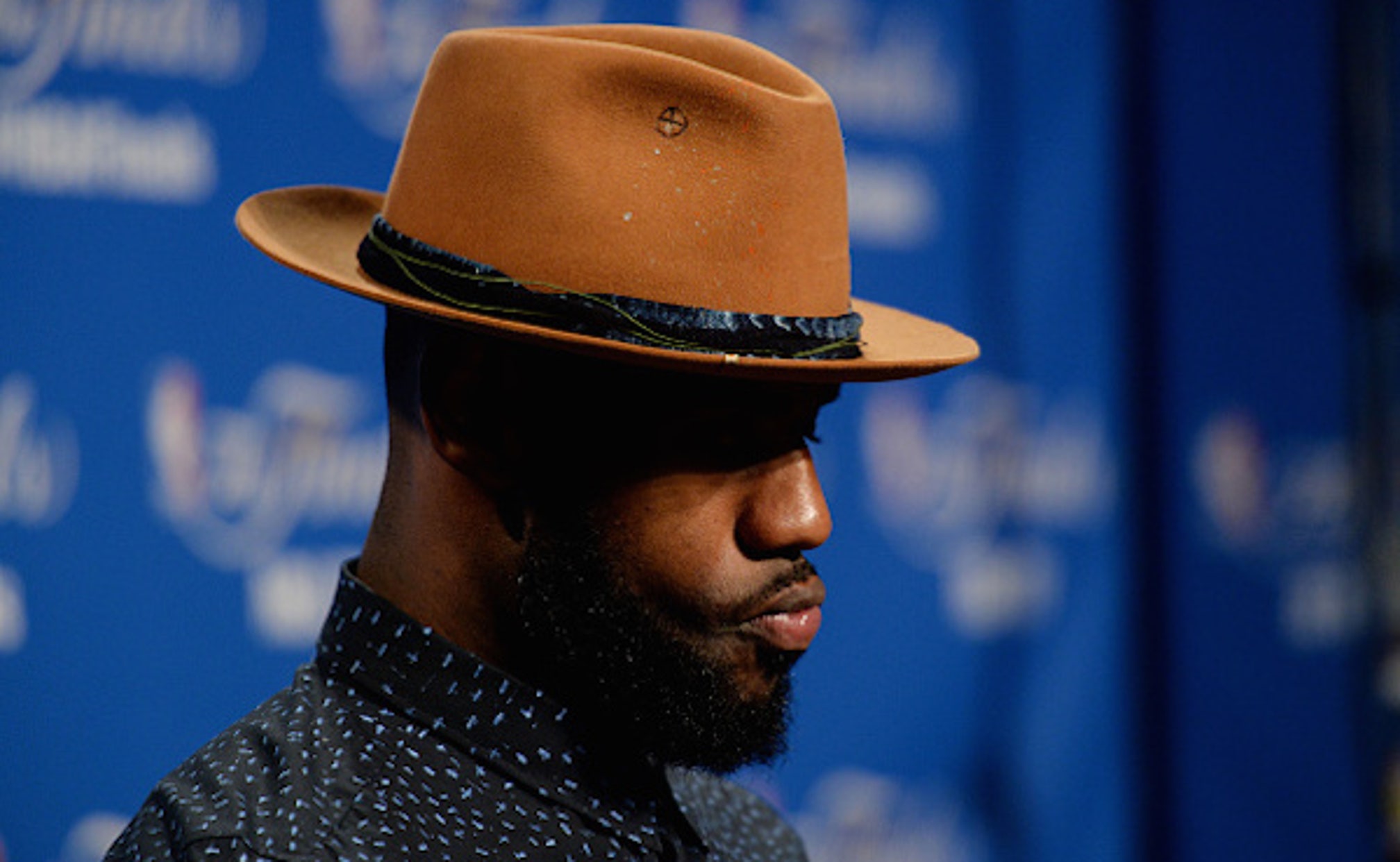 LeBron, Cavs took Cleveland fans on a ride worth taking 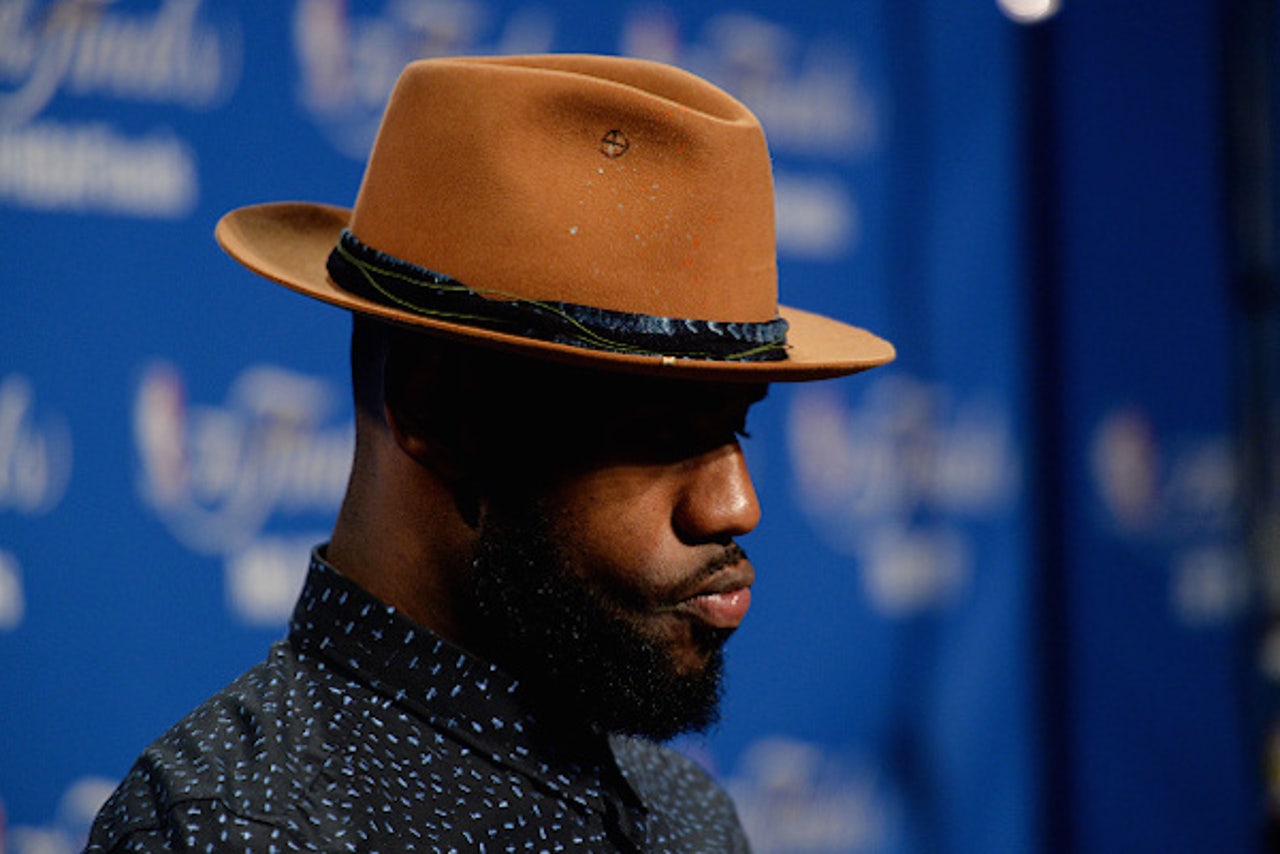 There’s no good way to end a season with a loss, however there are much worse ways to end a season than how the Cavaliers did on Tuesday nightin Cleveland. The Cleveland Cavaliers weren’t able to realize their ultimately impossible dream of capturing an NBA championship, but even as the reality of it all sets in, it’s difficult to carry any regret, resentment, or bitterness over the result. The Golden State Warriors — ultimately a worthy opponent — end up fulfilling their destiny and cementing a lesser one for our beloved Cleveland Cavaliers. For this year, at least, this is how it had to be.

Throughout the playoffs, Brian Windhorst consistently referenced the “margin for error” when analyzing different teams’ chances, and especially the Cavaliers with their injuries. That way of thinking really resonated for me and allowed me to visualize the predicament the Cavaliers were in as the playoffs progressed and as the Cavaliers roster regressed to the point that Kyrie Irving and his fractured kneecap were technically put on the active roster due to lack of available replacements.

That Cavaliers’ margin of error was as wide as the entire state of Ohio at the start of the NBA Playoffs and by the time the Cavaliers were battling Chicago it felt about as narrow as the laserbeam arc of a Kyrie Irving three-pointer. In a normal year, this kind of talk — bemoaning a shrinking margin for error — would be born out of anger, bitterness, and the kind of reflexive misery that seems to have become imprinted on Cleveland sports fan DNA over the years, but this was no normal year.

There are just too many good things to allow a negative end result to taint the entire experience. Consider it all. From the moment LeBron James returned to Cleveland with his letter, to a Nike commercial that somehow eschewed its marketing message to encapsulate the heart and soul of the city of Cleveland, to finding team chemistry after a bowling excursion, to finding new and unlikely heroes that would never become heroes in nearly any other situation in the history of professional sports. From the promising beginning of the NBA Playoffs to the fear that the Cavaliers were going to be knocked out early, to the sweep of the best team in the East on the way to the NBA Finals. Most of all, even more than any kind of sadness, I see more of my fellow Clevelanders with heads held high, chins protruding with pride, and eyes focused with a distinct and unmistakable hunger for the future.

Much like the last time the Cavaliers bowed out in the NBA Finals, this feels like a jumping off point rather than a lowly and foreboding destination. Of course, nothing in the future is ever guaranteed. Maybe the Cavaliers are destined to meet the same fate as those 2007 Cavaliers. Maybe this was the tease, dragging that feather over us one more time only to have a foot out the door. Again, anything’s possible, but there’s no denying that this feels different. We’re older and wiser and with more perspective, at least.

Once upon a time, LeBron James said aloud that he spoils a lot of people with his play. I hated him for saying it, but he was probably right. That doesn’t mean he should have said it, of course. He couldn’t take it back if he tried and I’m sure I’m not alone in having lived with that statement for a long time. Part of the forgiveness that came from the city of Cleveland — and from LeBron’s side too, I’m guessing — was having some time to really think during the time that he was gone. Just because he shouldn’t have said it doesn’t mean that he was completely wrong. More than anything, it went to show just how unhealthy the relationship had become between LeBron and Cleveland fans, with expectations and hopes and dreams all piled on that young man’s shoulders. In hindsight it feels like rather than believing in him, we’d come to expect him to deliver something to us that we thought we’d earned because of our suffering. In the end, I think we’ve all learned that suffering doesn’t earn you anything, not even sympathy, as the story gets more and more tired.

That’s also what made this year different, and what makes it worth celebrating even as it ended in defeat. There was a different vibe to this whole city and its returned basketball star. There was a harmony between the fans and the team. There was a chemistry by the end of the year. It was a combination of many factors, but two really stick out: Cleveland fans seemed to drop any pretense about insecurities, and LeBron instilled in his team — our team — a sense of possibility and a complete lack of fear by the time the playoffs rolled around. That lack of fear didn’t deliver a championship, but it allowed a crew of players including Delly and Tristan Thompson to deliver wins without the starters that once had their name in lights in front of them. I can’t speak for all Cleveland fans, but it felt to me like the entire city and its team lacked any kind of self-consciousness that my memory tells me was overwhelming the last time LeBron James was here.

In the end, from an outsider’s perspective, I’m sure it looks like just another year to add to the ESPN misery montage. But from an insider’s perspective, I see a lack of fear and a lack of anger. I don’t see the same kind of tired yet familiar attitude that would allow those old muscles and nerves to twitch and fire in the same predictable way they have in the past. Muscle memory is powerful — even a self-destructive muscle memory — but it’s not impossible to change. Even in witnessing a similar result to the past, it feels like we’re changed for the better in a year like this. For that, I can’t help but be thankful.

I think I’ll always remember this year as a good one for the Cavaliers and their fans. It will make it easier if history allows us all to look at it like the start of something rather than the end, but remember that we get to write that book ourselves. Regardless of what anyone — including some production whiz at a major network — thinks this year should mean to us, we get to define it for ourselves. That’s a power that I never knew I had until recently.

That alone makes this year’s Cavaliers journey a worthwhile one. It’s one I’d gladly take again.

Getting On The Board
Jaylen Brown's magic number helped the Celtics avoid an insurmountable deficit, as the curse of home court continued.
13 hours ago