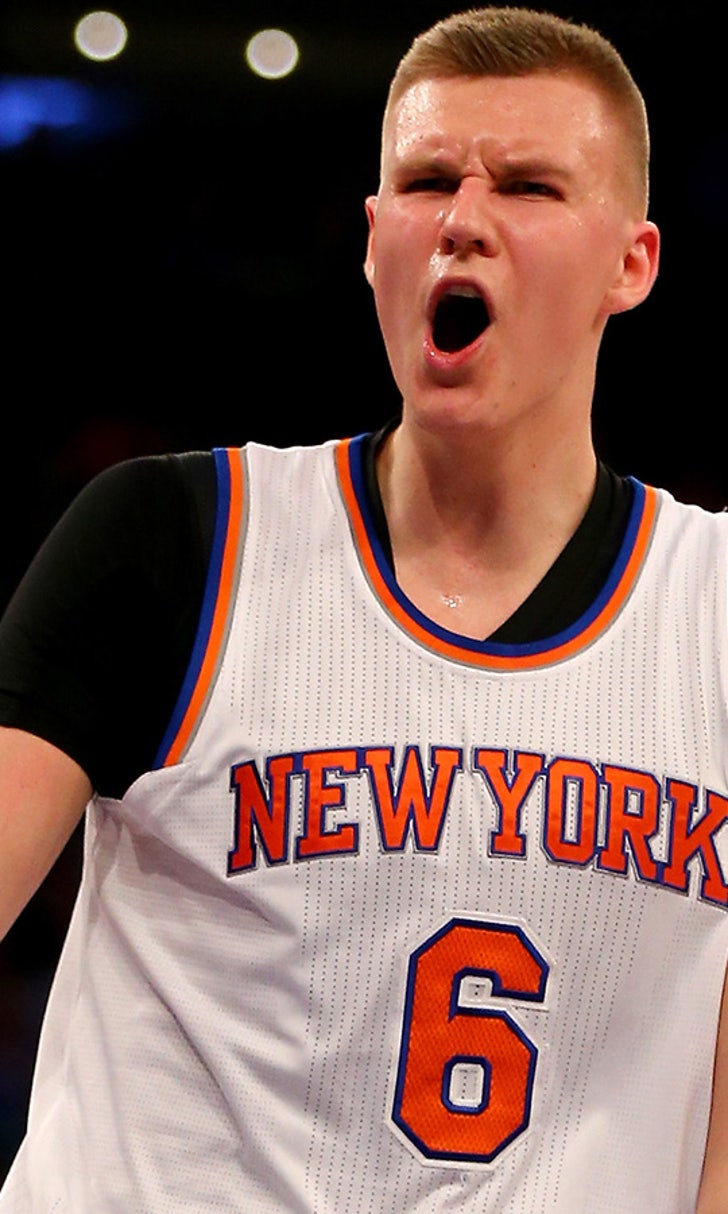 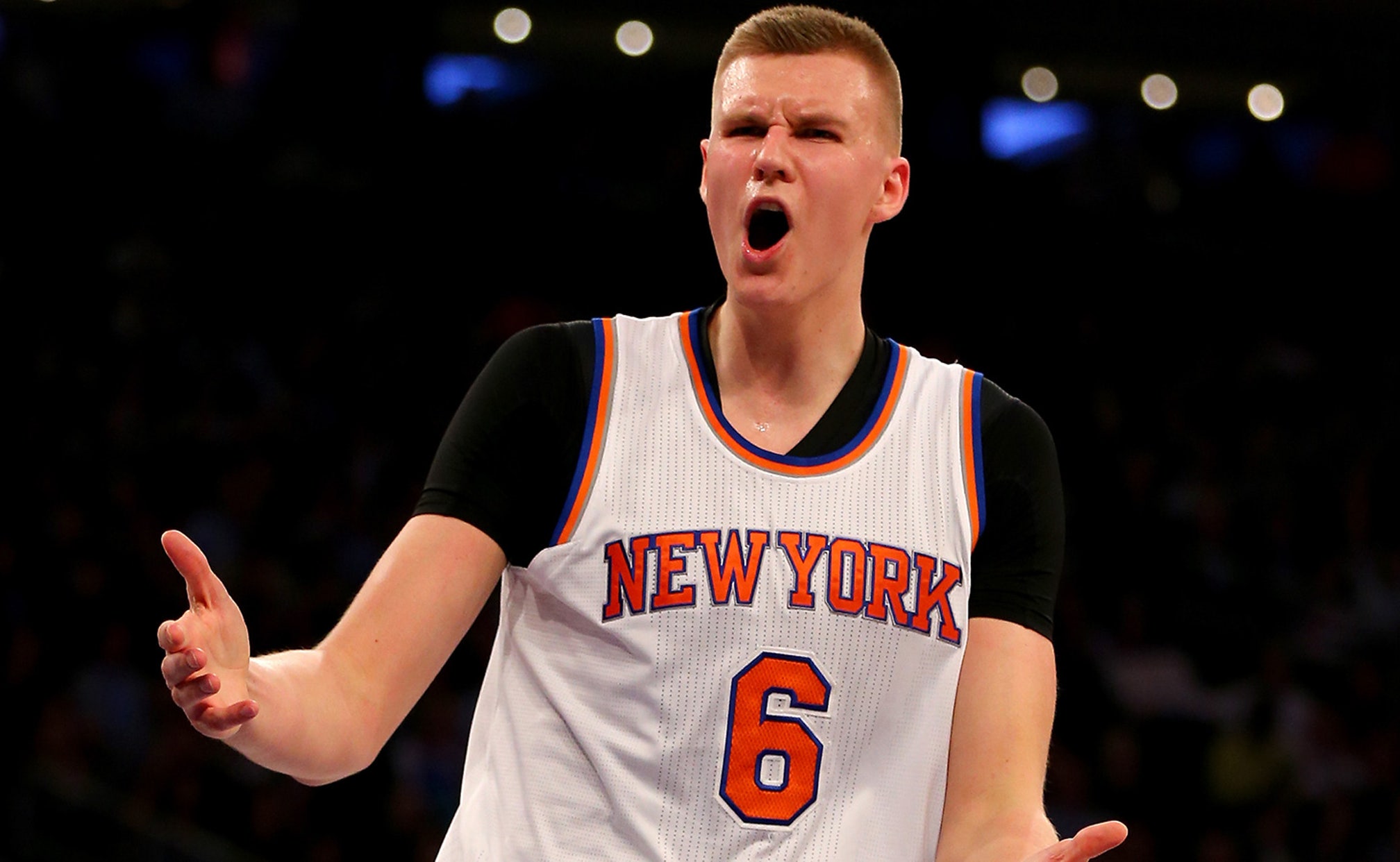 Kristaps Porzingis' camp 'wanted no part' of the 76ers 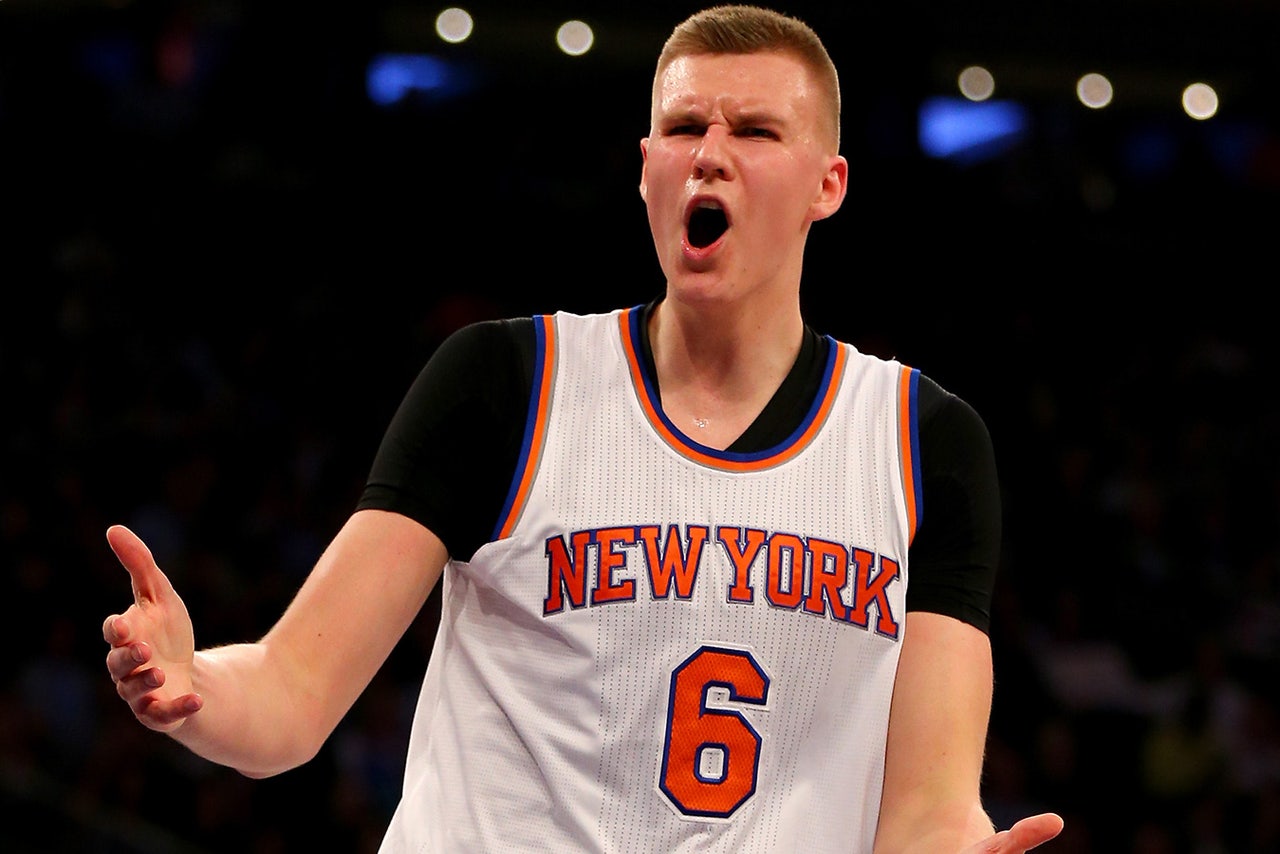 The 76ers had interest in Kristaps Porzingis. Unfortunately, that feeling wasn't mutual, according to Adrian Wojnarowski of Yahoo! Sports.

Porzingis had his eyes set on New York from before the draft. In the meantime, he had to find a way to get there. The Knicks fell to fourth in the lottery, even though they owned the third-worst record in the league. It would be tricky to navigate.

The Timberwolves ended up selecting Karl-Anthony Towns, now the likely favorite for Rookie of the Year, first overall. As Wojnarowski writes, the Lakers thought K.P. was a bit too much of a project, so they went with D'Angelo Russell, who was viewed at the time as more of a sure thing. Then, came the 76ers with the third pick. And it turned out, maybe the philosophy we so endearingly refer to as "The Process," which entailed losing as much as possible in an attempt to garner a high pick and a star in the draft, actually hurt Philly on this one.

Whatever happened, Miller didn't make it easy for Philadelphia to draft Porzingis at No. 3. The Sixers wouldn't be afforded Porzingis' physical, nor get a private workout, nor even a face-to-face meeting. After most of the pro day executives cleared out of the gym in Vegas in mid-June, 76ers general manager Sam Hinkie lingered to meet with Miller. Hinkie stopped him in the lobby area and asked Miller about a chance to sit down and visit with Porzingis.

"You said that I would get a meeting with him here," Hinkie told Miller.

An awkward silence lingered, the GM and agent, standing and staring. The Porzingis camp wanted no part of the Sixers' situation at No 3. Miller couldn't stop Philadelphia from drafting Porzingis, but he could limit the information they had to make a decision. And did. No physical. No meeting. No workout. The Sixers passed on Porzingis on draft night, clearing the way for the Knicks to select him.

It's still uncertain if the 76ers have firmly changed philosophies, but they have at the very least adjusted since this past draft, when Porzingis eventually went fourth to the Knicks, paving his way to becoming one of New York's biggest stars, quite literally.

Philadelphia recently brought Jerry Colangelo in to run their front office. Shortly after his arrival, they traded away two second-round picks to acquire Ish Smith from the Pelicans, the type of deal which went directly against the philosophies of Hinkie, the GM who loves to stockpile as many draft picks as humanly possible.

Philadelphia is hardly the first team to tank so it could find a star in the draft. But if the point of losing is to greaten your chances of acquiring a star, then your process takes a serious hit when stars say they want to avoid you altogether.