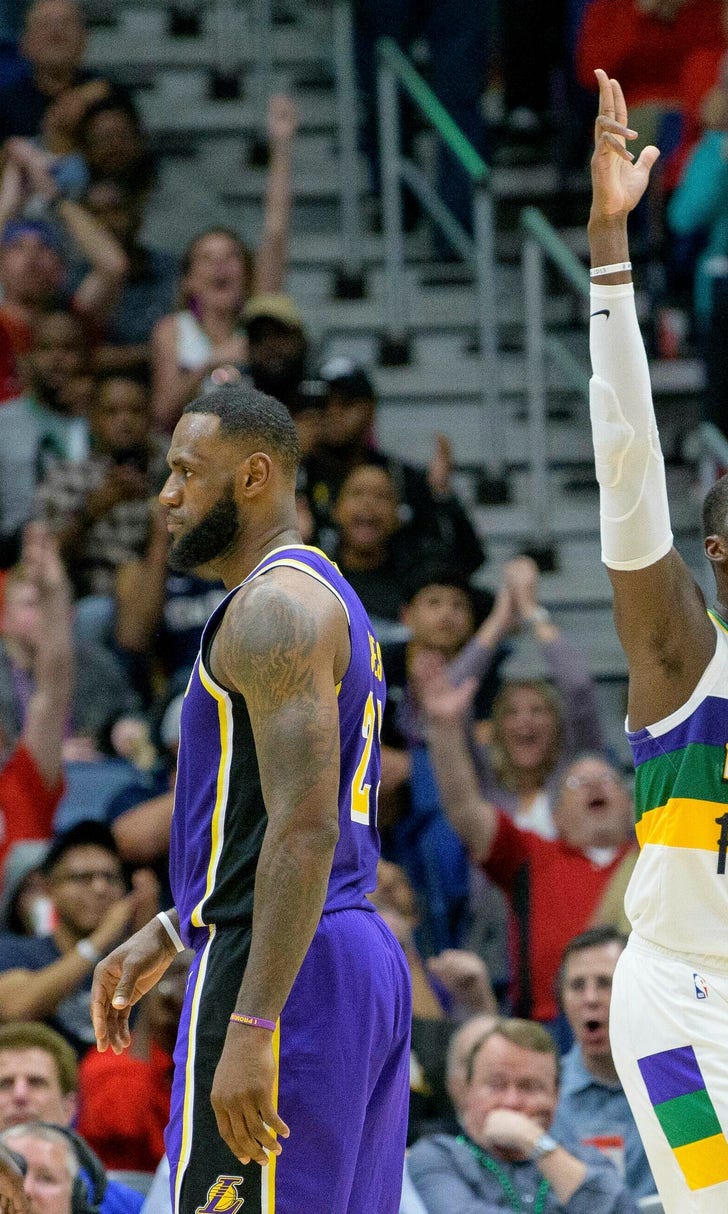 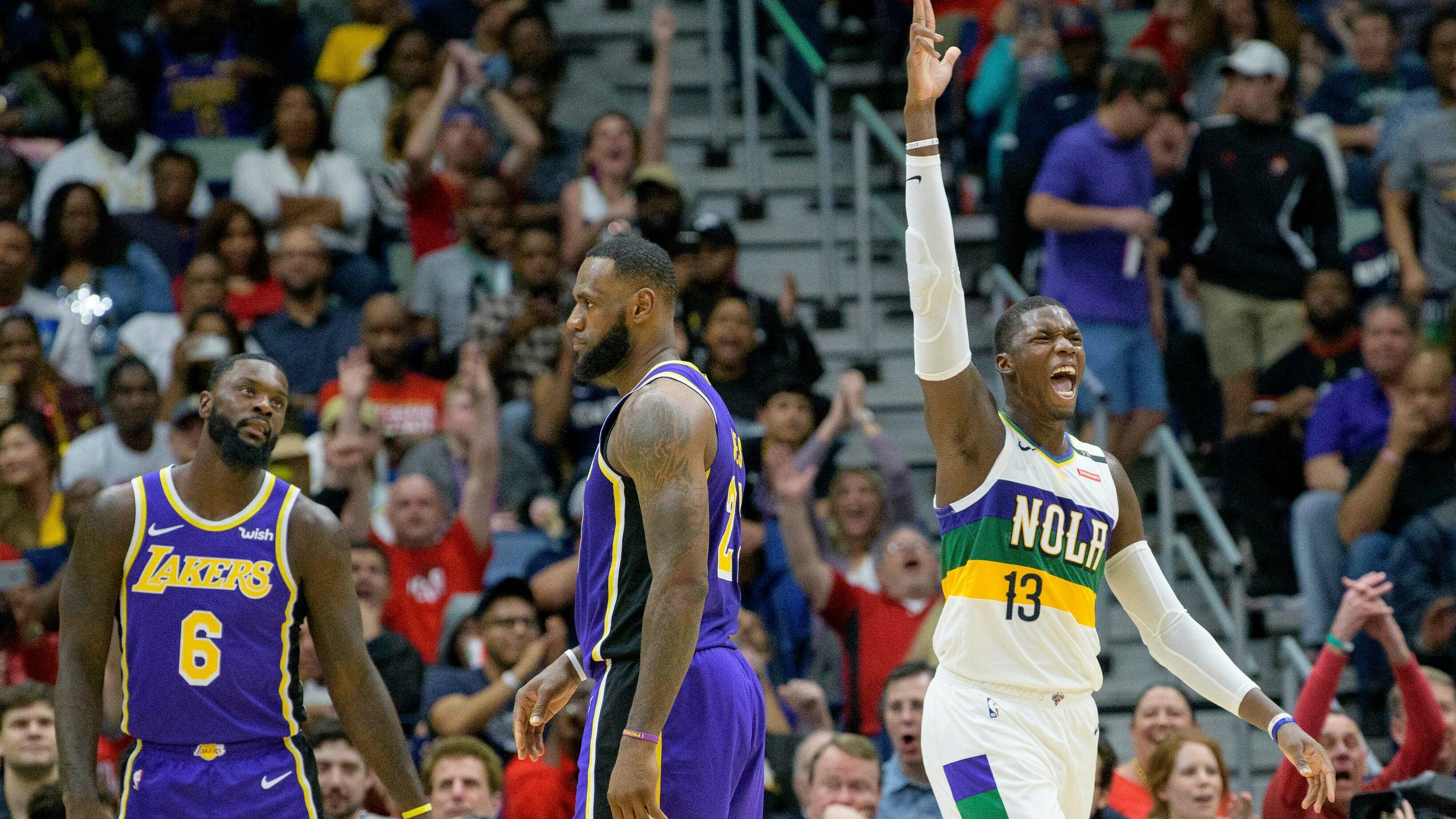 NEW ORLEANS (AP) — The boos showering the court when LeBron James handled the basketball left little doubt that fans in New Orleans suspect the Lakers star had something to do with why the Pelicans are cutting playing time for healthy All-Star Anthony Davis — and sitting him out entirely when possible.

James, however, was far more concerned about the performance of his own teammates.

Jrue Holiday hit five 3-pointers and scored 27 points while Davis watched from the bench in street clothes, and the Pelicans beat the Lakers 128-115 on Saturday night to stunt Los Angeles' playoff push.

"That urgency has to be there and we dug ourselves a hole," said James, whose Lakers are 3 1/2 games out of a playoff spot in the Western Conference.

Brandon Ingram scored 29 points for Los Angeles, but the Lakers struggled throughout to keep pace with the Pelicans, who led most of the game and by as many as 20 points.

Former Laker Julius Randle had 24 points for the Pelicans.

"It's not personal because there are players and coaches over there that I have a great relationship with, but to get a win against old teammates is always cool," Randle said. "

James was greeted by a mixture of cheers and boos by a crowd that included a conspicuous number of fans wearing Lakers purple and gold.

Pelicans fans, meanwhile, made James the object of their ire as they vented displeasure over Davis' decision to ask for a trade in late January, less than six months after Davis fired his previous representation and signed with James' agent, Rich Paul.

James has denied having any influence over Davis' decision to ask out of New Orleans, which would represent a violation of the NBA's tampering rules.

The Pelicans had the flexibility to sit a healthy Davis against the Lakers because New Orleans was playing for the second time in two nights, was at home and not on national television.

"If you're looking along the lines of having any significance because we're playing the Lakers, that had nothing to do with it," New Orleans coach Alvin Gentry said before the game. "If we were playing the Baltimore Claws, we would sit him out that game too, OK?

"It gives us an opportunity to minimize the minutes that he's going to be playing and as a team we think that's best for our franchise right now."

The Lakers aggressively tried to acquire Davis before the Feb. 7 trade deadline. New Orleans, however, was uninterested in dealing Davis before this offseason, when more teams, including Boston, are expected to be in position to make stronger trade offers.

While Davis spent the game on the bench wearing a dark suit, the players in uniform for New Orleans lit up the scoreboard and filled the stat sheet against a Lakers team needing a strong finish to the regular season to make the playoffs.

"The theme is similar to what we talk about all of the time: it's turnovers, it's making free throws, and it's being the aggressor on defense," Lakers coach Luke Walton said. "When we struggle, those are kind of a common theme throughout."

Pelicans reserve forward Cheick Diallo, now in his third season out of Kansas, had one of the better games of his career. He was perfect on eight shots from the field and tied a season high with 18 points. He also grabbed 10 rebounds and twice blocked Ingram near the rim.

"Those two guys were great," Gentry said. "It was one of those total team wins."

Lakers: At Memphis on Monday night.

Remembering Kobe: A Helping Hand
After Gordon Hayward suffered a traumatic leg injury in October 2017, his relationship with Kobe Bryant began to blossom.
2 hours ago