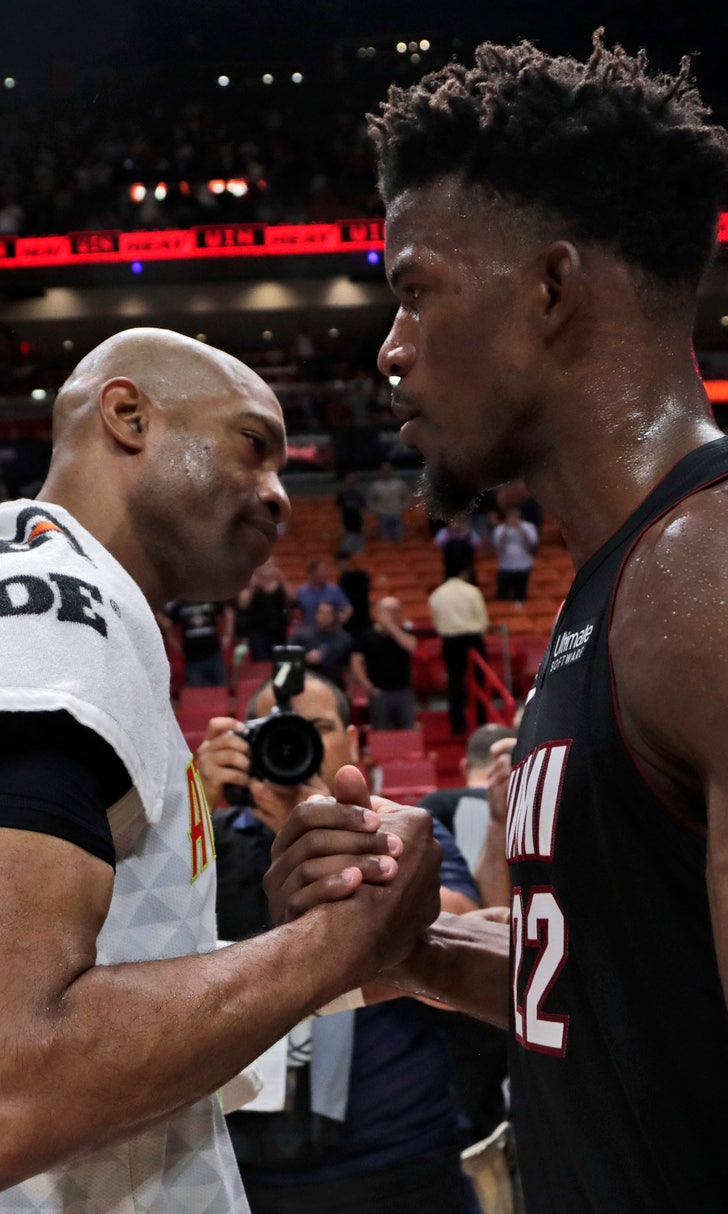 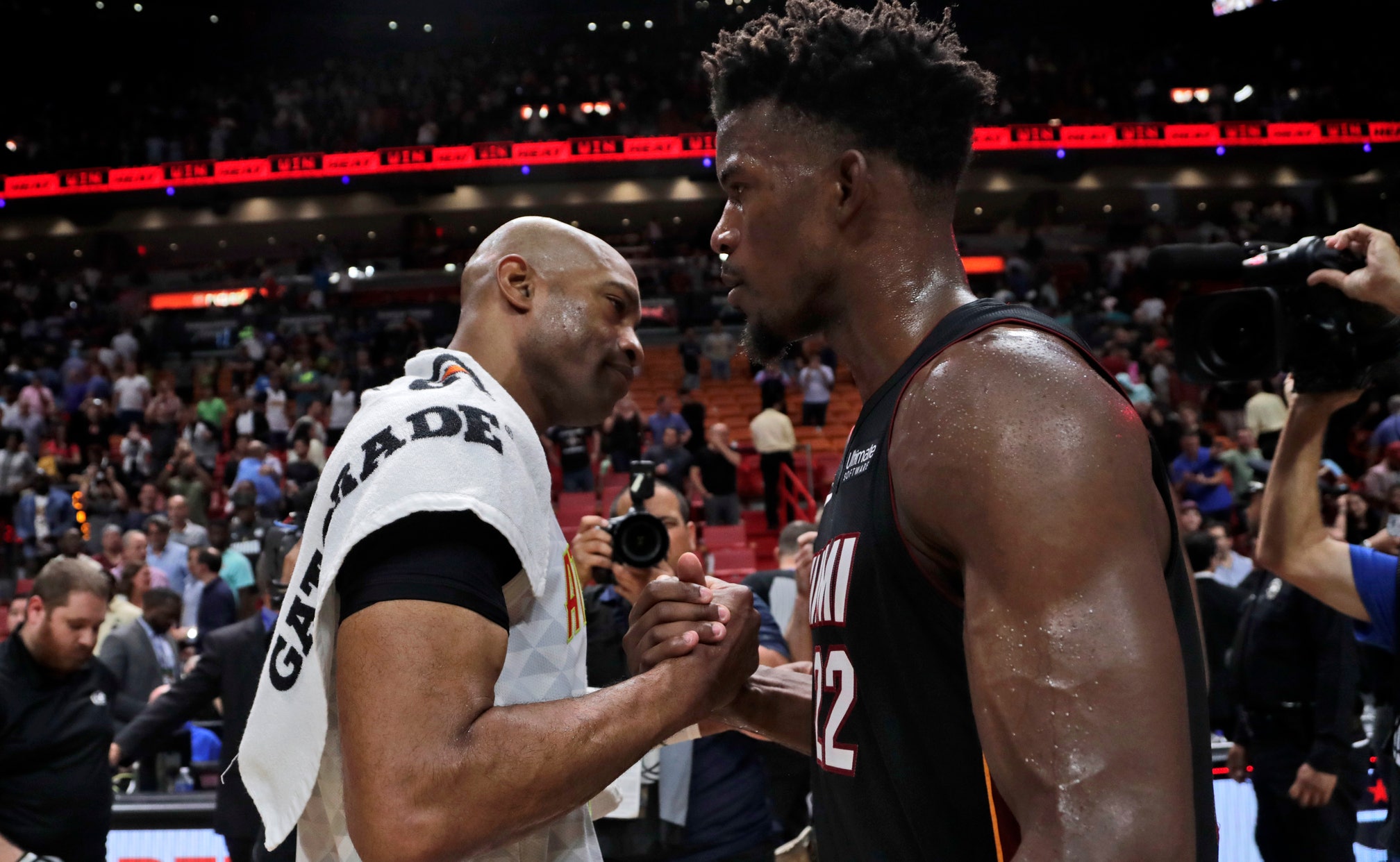 MIAMI (AP) — Duncan Robinson tied a franchise record with 10 3-pointers, Bam Adebayo and Jimmy Butler each had triple-doubles and the Miami Heat scored 22 unanswered points down the stretch to beat the Atlanta Hawks 135-121 in overtime on Tuesday night.

And Robinson scored 34 points, on a night when the Heat moved to 11-0 at home.

They had to scramble to get there, down by six with less than a minute left in regulation. But Robinson and Butler made 3s late to tie the game, and the Heat opened overtime on a 16-0 run. It was the NBA’s widest margin of victory in an overtime game since Oct. 31, 2009, when Philadelphia beat New York 141-127.

De’Andre Hunter scored 28 points, and Trae Young added 21 points and nine assists for Atlanta — which fell to 0-3 against the Heat this season.

Matisse Thybulle added 13 points for the Sixers, who are 13-0 in Philadelphia. They have won three straight and seven of eight.

Will Barton had 26 points to lead the Nuggets, who have lost three in a row and five of six. Leading scorer Jamal Murray was injured with 6:49 left in the first quarter when he collided with Ben Simmons and didn’t return.

Terry Rozier scored 17 points, Bridges had 16, P.J. Washington added 15 and Cody Zeller and Bismack Biyombo both had double-doubles as Charlotte wrapped up a five-game homestand with a 2-3 record.

David Bertans scored a career-high 32 points and made eight 3-pointers for Washington. Rui Hachimura added 18 points and 12 rebounds for the Wizards, who have lost six of seven.

Hassan Whiteside added 17 points and 15 rebounds, and the Trail Blazers ended a two-game skid. Portland led by as many as 32.

Julius Randle had 15 points for the Knicks, who have won just four games, fewest in the NBA. They have one win on the road.

The Knicks opened their four-game West Coast trip in disarray after coach David Fizdale was fired on Friday, just hours after he ran practice. Mike Miller was named interim coach, and New York lost 104-103 at home to Indiana the next night.

In Portland, New York faced Carmelo Anthony, who played for the Knicks from 2011-17. Anthony finished with 16 points.