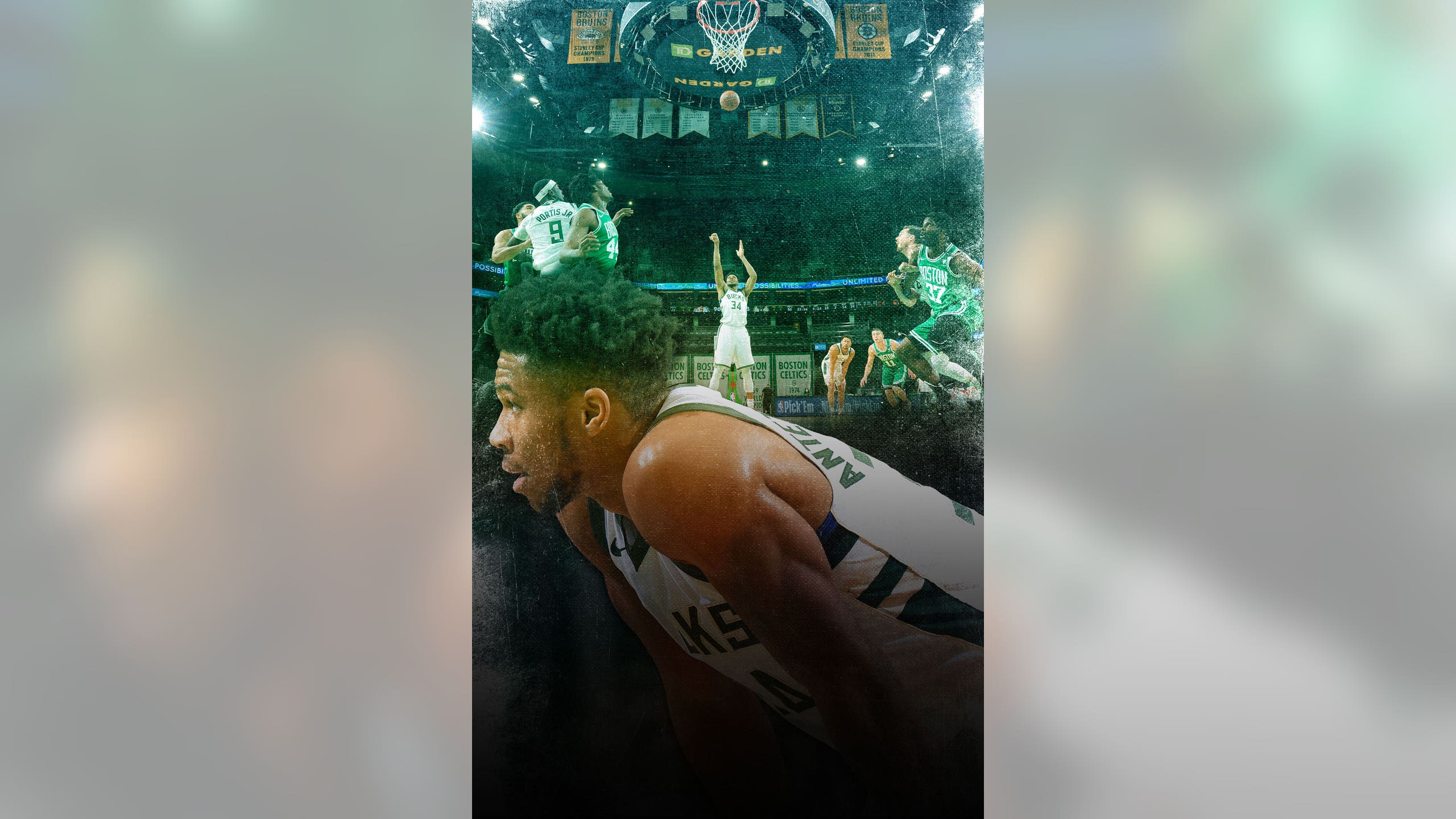 The Milwaukee Bucks came oh so close, but it wasn't meant to be.

Giannis Antetokounmpo scored 18 fourth-quarter points against the Boston Celtics on Wednesday night, but it was one critical point he failed to make that proved to be the difference.

The back-to-back MVP stepped to the free-throw line with an opportunity to give his Bucks the tie with less than a second remaining, hitting the first of his two foul shots.

Before getting into Giannis' game, a quick bit of credit is due to the C's for coming up with the win, particularly to Jayson Tatum for a backboard-aided game-winning three.

Whether Tatum called glass or not, the shot over Giannis was enough to put the pressure on Milwaukee's star when he was sent to the line on the ensuing possession.

We know what happened next, as Giannis ⁠— a career 72.2 percent FT shooter ⁠— failed to put a cherry on the top of his game-high 35 point performance. But is a missed free throw at the end of a regular-season game really enough to change the perception of Giannis?

On First Things First, Nick Wright took a stand against any potential critics of Giannis' end-game showing, and dismissed the weight that some folks put on free throws.

"Here's a dirty truth about the NBA: Missed free throws don't actually really matter. ... People love banging on [it]. 'Oh my god, how do you not make your free throws?' Because it's the one thing commentators can say, 'Well, I could do it.' Well no, actually, in the moment, you couldn't. You'd miss the basket entirely."

He pointed out that the Bucks must feel frustrated losing to their Eastern Conference rivals despite a standout performance from Milwaukee's newly minted Big 3 of Giannis, Jrue Holiday and Khris Middleton.

It wasn't all rosy from the analysts on Thursday morning, however.

Skip Bayless acknowledged that while Giannis is still in the upper echelon of free-throw shooting for big men, he's yet to prove that he can be relied upon in the clutch.

What isn't up for debate is how Giannis will keep firing when put in the same position in the future.

With a five-year supermax extension presumably keeping The Greek Freak in Milwaukee through 2025-26, he'll have plenty of opportunities to prove he can be the hero.