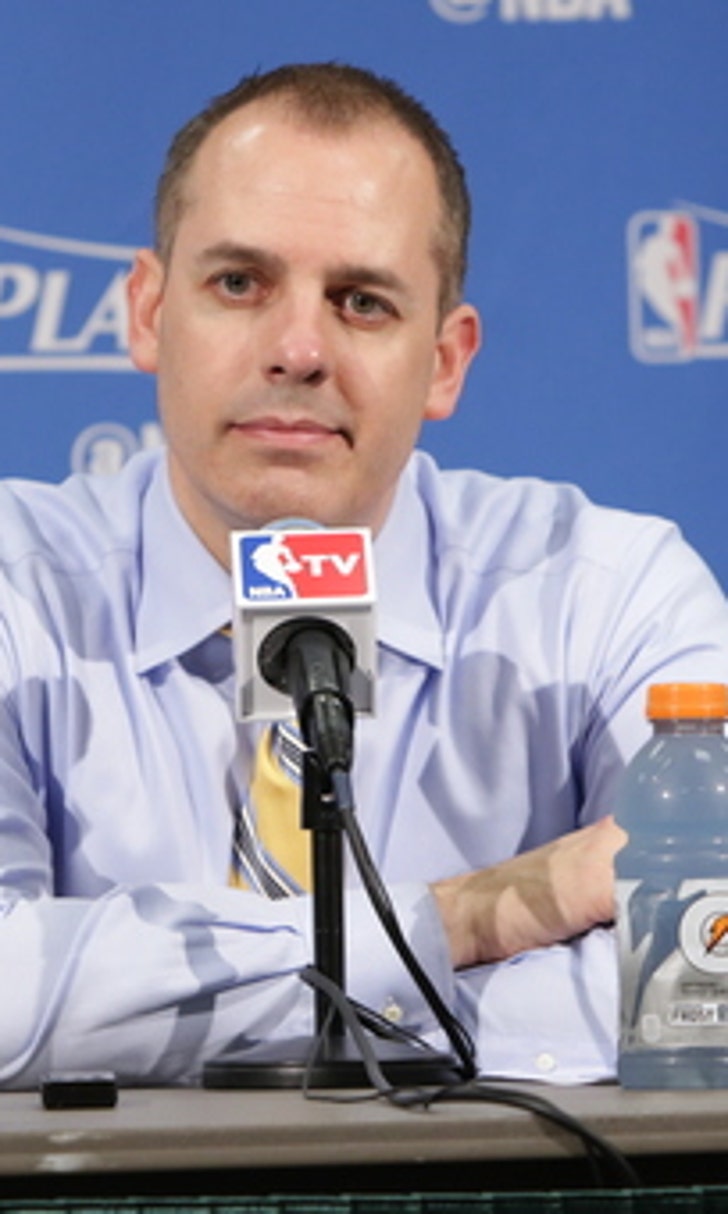 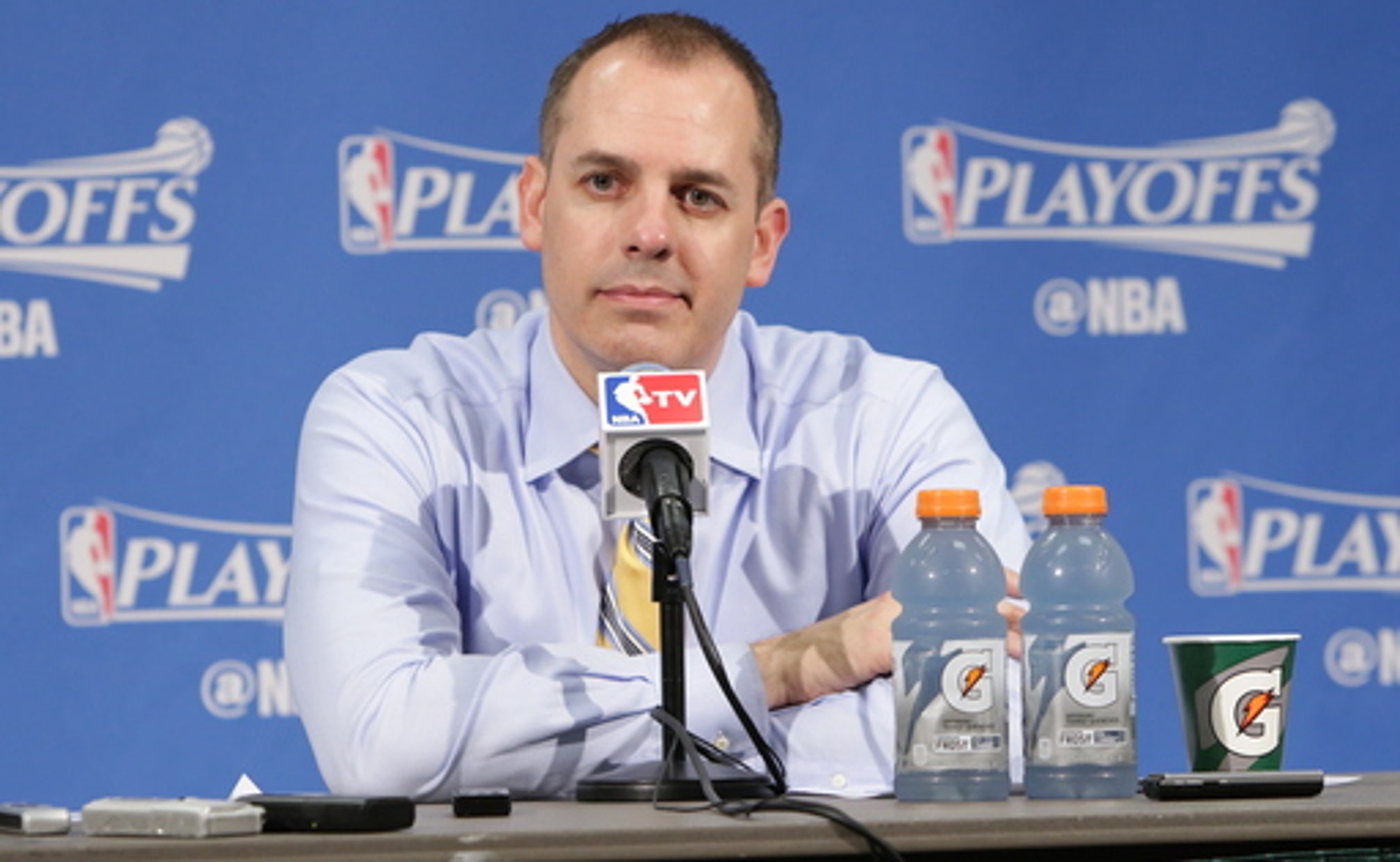 Frank Vogel out in Indiana after 5-plus seasons 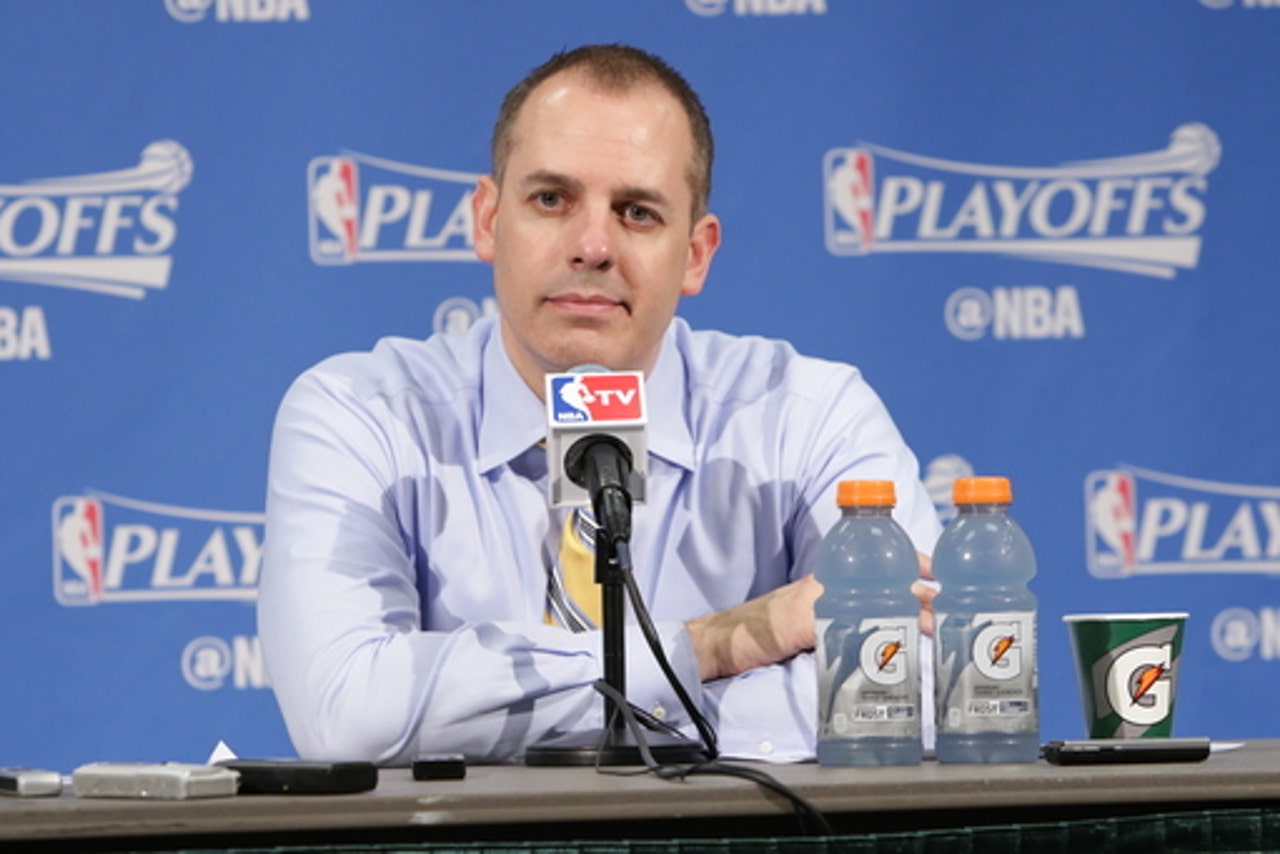 INDIANAPOLIS (AP) Frank Vogel will not return as Indiana Pacers coach next season.

Pacers President Larry Bird said Thursday that the team will not renew Vogel's contract for next season, cutting ties with a respected name in the coaching ranks. Bird said he believes it's time for a new voice to lead the Pacers, keeping with his long-held philosophy on short shelf lives for coaches.

''I know it's not going to be a 100 percent popular move,'' Bird said at a news conference. ''But my responsibility is do what's best for the franchise.''

Vogel was 250-181 in five and a half seasons with the Pacers. He led the team to the playoffs five times, including a first-round loss to the Toronto Raptors this season. The Pacers became known as one of the better defensive teams in the NBA under Vogel's leadership, but Bird said he started thinking it might be time for a change around the All-Star break in an effort to get a coach to breathe life into a sometimes-stagnant offense.

He called the decision to part ways with Vogel one of the toughest he's ever had to make in basketball. But Bird has long believed that players start to tune out a coach after three seasons, and Vogel lasted longer than that.

Vogel led Indiana to the Eastern Conference finals in 2012-13 and 2013-14. The only season Vogel did not lead Indiana to the playoffs was last year, when star forward Paul George missed most of the year after breaking his leg in a scrimmage with USA Basketball.

With George back fully healthy this season, the Pacers pushed the second-seeded Raptors to seven games in the first round before losing.

''I think he did fine, but it's all about motivating players and getting them to play at a higher level,'' Bird said.

Vogel could be in demand immediately. He interviewed with Houston in 2011 and has ties to Rockets general manager Daryl Morey.

Bird said that with George and promising rookie Myles Turner as part of the nucleus, the Pacers' job should be an attractive one. Among the names that have been linked to the job are former NBA coach Nate McMillan, one of Vogel's assistants, and former Pacers player and ex-Golden State coach Mark Jackson.