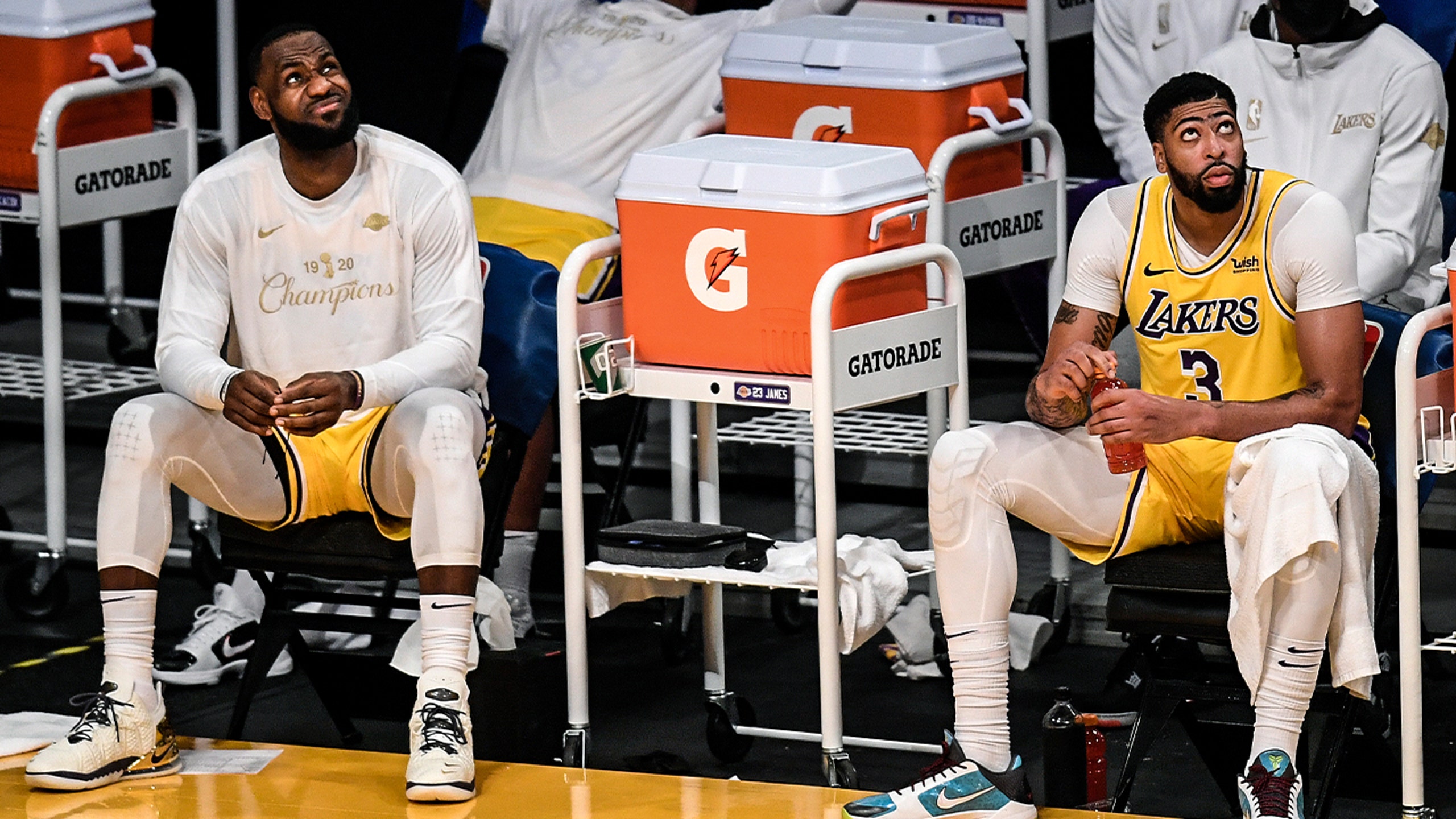 The Brooklyn Nets shook up the NBA landscape on Wednesday by trading for former Houston Rockets superstar and three-time defending scoring champion James Harden, who will now join fellow superstars Kevin Durant and Kyrie Irving in search of his first championship ring.

And with the move, naturally, much of the talk focused on an impending matchup between the Nets and LeBron James' Los Angeles Lakers in this summer's NBA Finals.

Can Brooklyn put a halt to James and Anthony Davis' quest to win consecutive rings?

Opinions are across the board, but the consensus is that the Finals matchup is set, despite the season being only a few weeks old.

The trade was a doozy.

It sent Harden to Brooklyn, while Caris LeVert is now with the Indiana Pacers and Victor Oladipo is in Houston and a bunch of picks were shipped to different cities and states.

And while questions still remain as to how this new trio of ball-dominant superstars will co-exist under Steve Nash in Brooklyn ...

... it's become a foregone conclusion that the Nets should meet the Lakers in the Finals.

Most think the Lakers are still the favorite, including FOX Sports NBA analyst Chris Broussard.

The Lakers seem to have already hit their stride through 13 games.

As of Thursday morning, the Lakers have the best record in the NBA at 10-3, they've won eight of their last nine games, and they are 7-0 on the road.

Those factors, combined with the time that Brooklyn will need to jell as a unit, make Shannon Sharpe believe LA is still at the top of the championship totem pole.

After a blazing start to the season, earning blowout wins over the Golden State Warriors (125-99) and Boston Celtics (123-95), the Nets crashed back to earth in a sense.

While Harden has proved to be an unstoppable force on offense, it's fair to say that it wasn't his defensive prowess that prompted the Nets to make a push for him.

The fireworks will be there on offense, but will the Nets be able to stop anybody? Nick Wright doesn't see it happening and predicts that a lack of defense will be Brooklyn's downfall in the playoffs before it even reaches the Finals.

Nevertheless, there are those on the opposite side of the fence, including Skip Bayless, who sees a two-year window where the Nets will push for the title.

That, of course, spells bad news for James and the Lakers.

"LeBron James is in powerful trouble. I do not think he will ever win another championship unless they can close this deal this year ... I don't believe the Lakers can get out of the West! And if they do, I'm pretty sure they're gonna have to face an all-time juggernaut of scorers coming out of the East."

Are the Nets and Lakers destined for a title fight? The oddsmakers at FOX Bet have both teams as the favorites in their respective conferences, with the Lakers at +250 and the Nets at +333 to win the Larry O'Brien Trophy.

Perhaps then we can settle the age-old question: Does defense or offense win championships?

Remembering Kobe: A Helping Hand
After Gordon Hayward suffered a traumatic leg injury in October 2017, his relationship with Kobe Bryant began to blossom.
16 hours ago