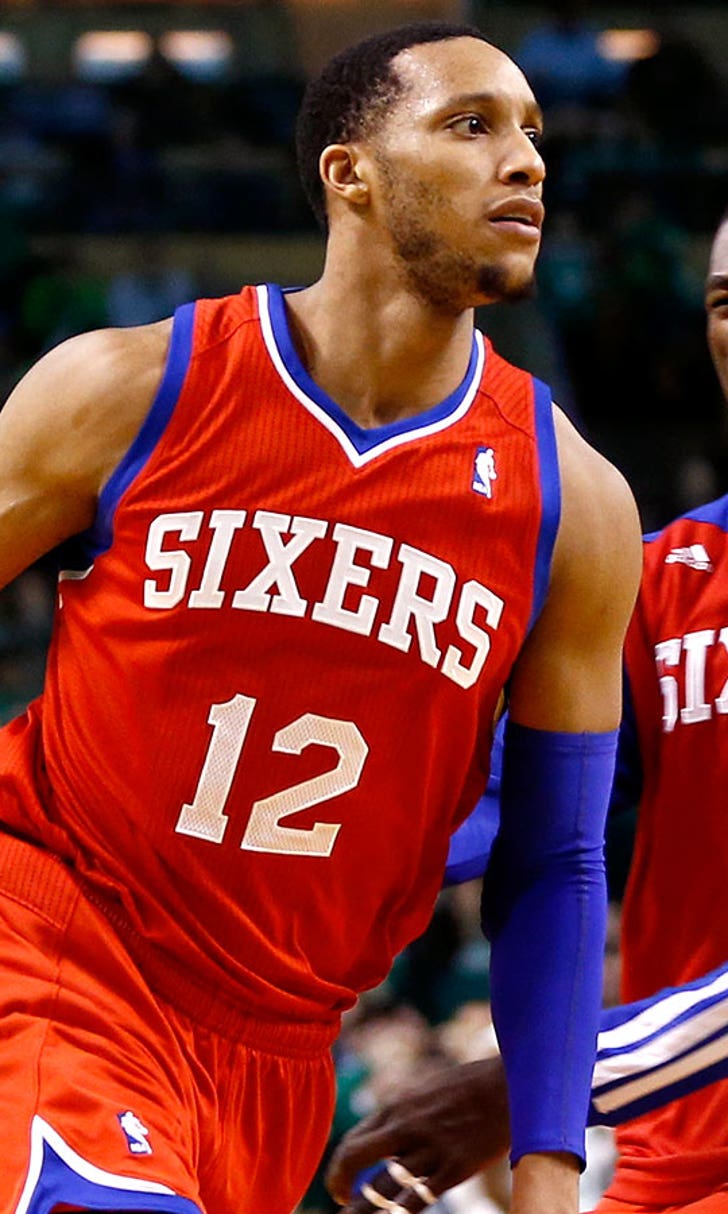 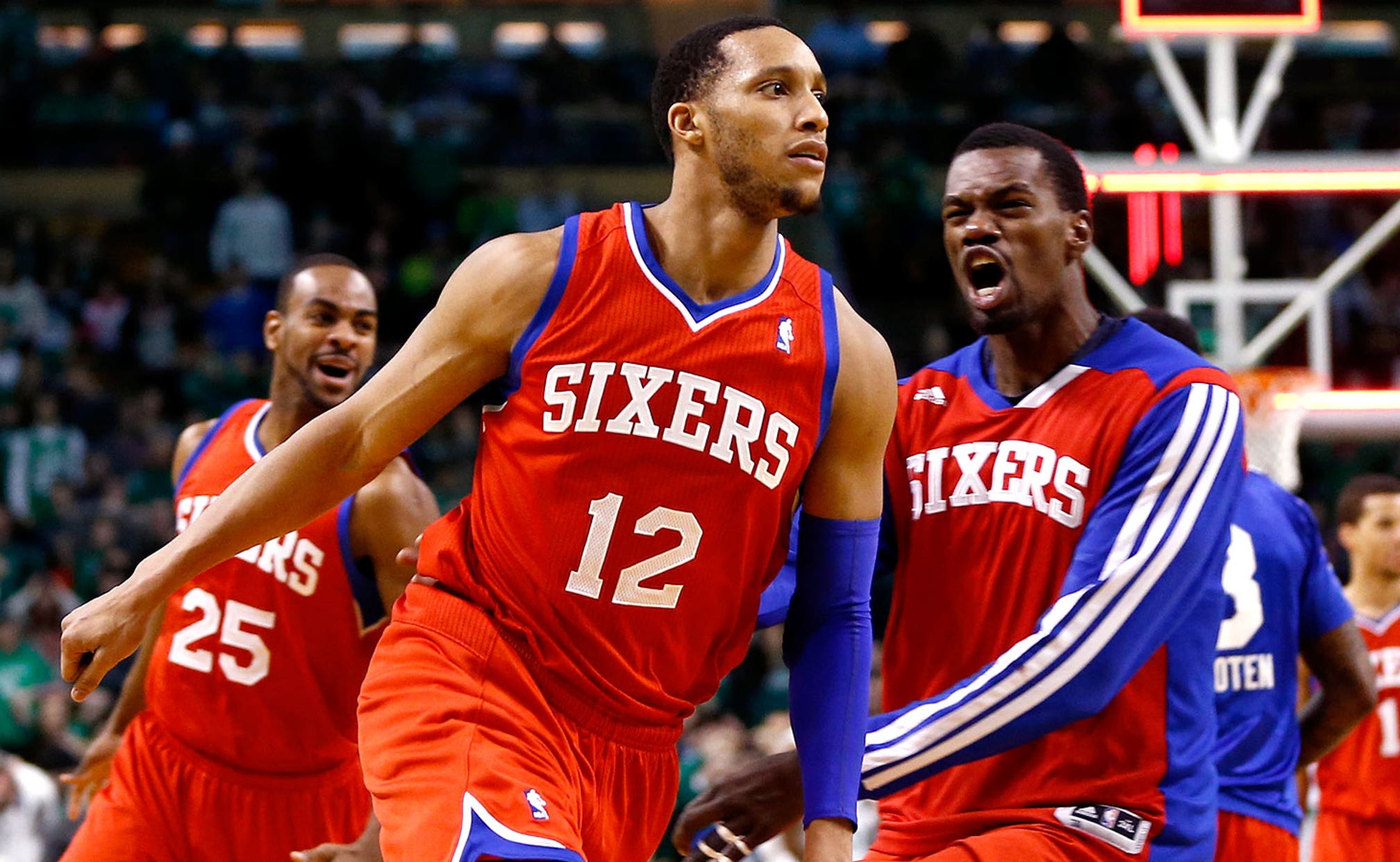 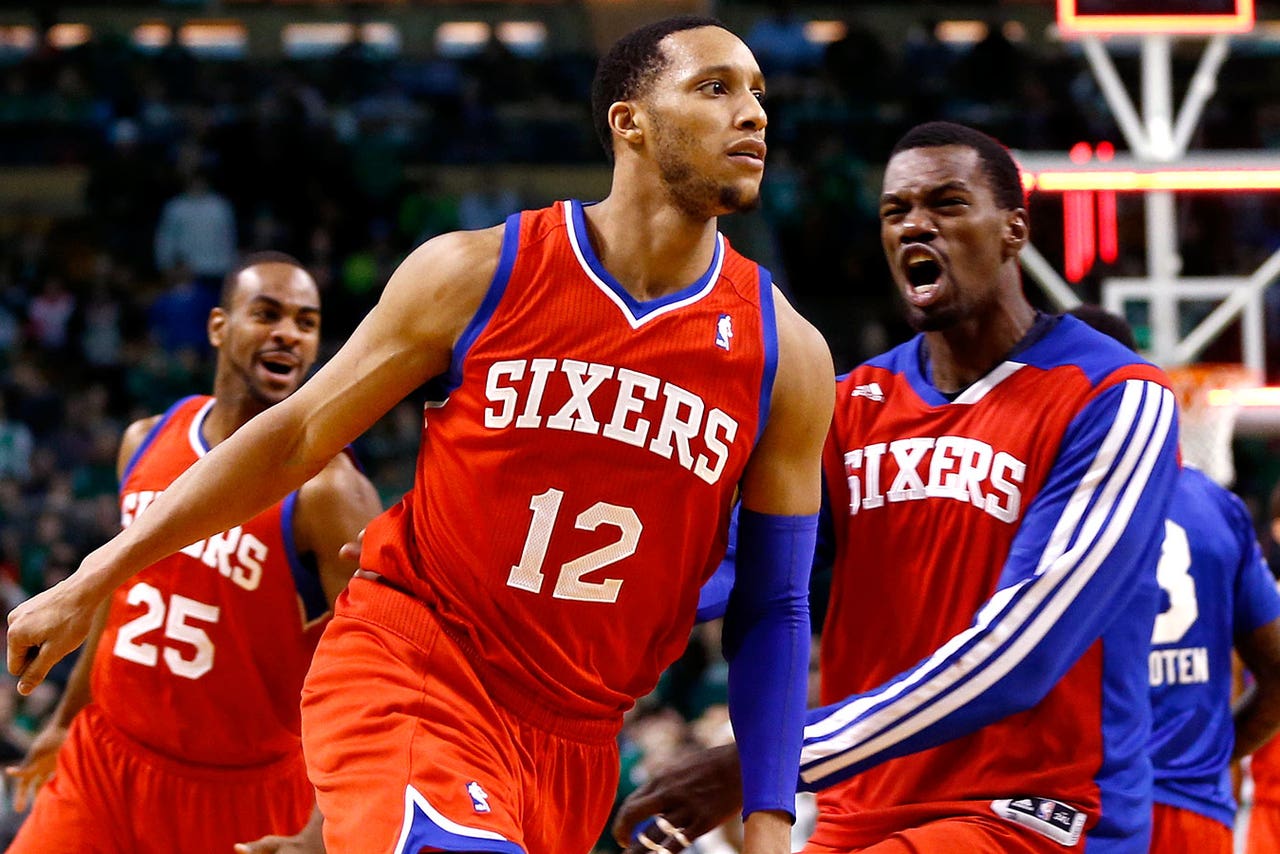 BOSTON (AP) — Evan Turner wasn't waiting for his coach to call timeout. Once he got the ball, he knew he had to take the last shot.

Fortunately for the Philadelphia 76ers, it went in at the buzzer.

"I wasn't listening at all," Turner said. "I was just going to get it and try to get a good shot up."

He drove into the key and went up for the short shot that gave the 76ers a 95-94 win over Boston on Wednesday night as they jumped ahead of the Celtics in the standings -- out of last place in the Atlantic Division.

The win "is huge" for the team's confidence, Turner said. "We pulled through and came back from giving up a lead."

Deciding whether to call a timeout "is one of the most difficult decisions because it seems like life is in slow motion," Philadelphia coach Brett Brown said. "I've learned the busted play, the broken play, the random play is probably as good an environment as you're going to get often."

Trailing by one, Michael Carter-Williams rebounded the ball after Kris Humphries missed a jumper with 12 seconds left. The rookie dribbled then gave the ball to Turner just past midcourt. And when Turner was guarded by a defender four inches shorter, he was in good shape.

"I saw Jerryd Bayless switch on to me as opposed to Jeff Green, so I knew I had a little bit of an advantage," Turner said.

He released his shot just in time to give the 76ers only their third win in 13 games.

"Evan Turner has a history of doing that in those situations," Boston coach Brad Stevens said. "That's why I thought he'd shoot it."

Jared Sullinger led Boston with 24 points and 17 rebounds but missed 16 of 25 shots.

"He played his best game in a while but he still didn't shoot it the way that he's used to shooting it," Stevens said. "That said, we have to have great performances to win."

Green had 18 points, but just five after the first quarter for Boston.

Sullinger had broken a 90-90 tie with two free throws, putting Boston ahead with 3:06 left.

Then both teams had trouble connecting from the line.

Humphries put Boston back on top when he tipped in Sullinger's missed layup with 42 seconds remaining.

Philadelphia's free throw troubles seemed to end when Turner made one, cutting Boston's lead to 94-93. But he missed the second and Bayless rebounded. That possession ended when Humphries missed his jumper, setting up the 76ers for the winning shot.

Trailing 74-71 after the third quarter, the Celtics opened the fourth with a 15-4 run that gave them an 86-78 lead four minutes into the period. They hit three 3-pointers during the surge, two by Chris Johnson and one by Green.

But the 76ers responded with a 12-4 spurt and tied the game at 90, capping it with back-to-back dunks by James Anderson and Young.

Boston led 26-23 after the first quarter, but Philadelphia scored the first 10 points of the second to take a seven-point lead. Hawes began the surge with consecutive 3-pointers before Dewayne Dedmon made a layup and a dunk.

NOTES: The 76ers made 14 of 25 free throws two nights after hitting 25 of 26 in a 124-113 loss to the Phoenix Suns. ... Boston G Rajon Rondo sat out the game after playing Tuesday night in a 114-88 loss to the New York Knicks. The Celtics are winless in the six games Rondo played since returning from a torn ACL that cut short his 2012-13 season. ...Their other starting guard, Avery Bradley, missed his fifth game with a sprained right ankle, but coach Brad Stevens said he's "very close" to returning. ... The 76ers began the night allowing an NBA-worst 109.9 points per game.

Celtics Live To Fight Another Day
Jayson Tatum is building quite a reputation, while the Heat officially have a problem. Here's what happened in Game 5.
4 hours ago

Locked in the King's Castle
Defense wins championships. And on Thursday, The King proved to the world that he wants to win a title now more than ever.
13 hours ago

The Man, The Myth, The Legend
Chris Broussard can't say enough about the dominance of Wilt Chamberlain in the latest edition of "You Kids Don't Know."
15 hours ago

The Kentucky Effect
The final four NBA teams have one thing in common. And it's a great sign for supporters of Big Blue Nation.
16 hours ago