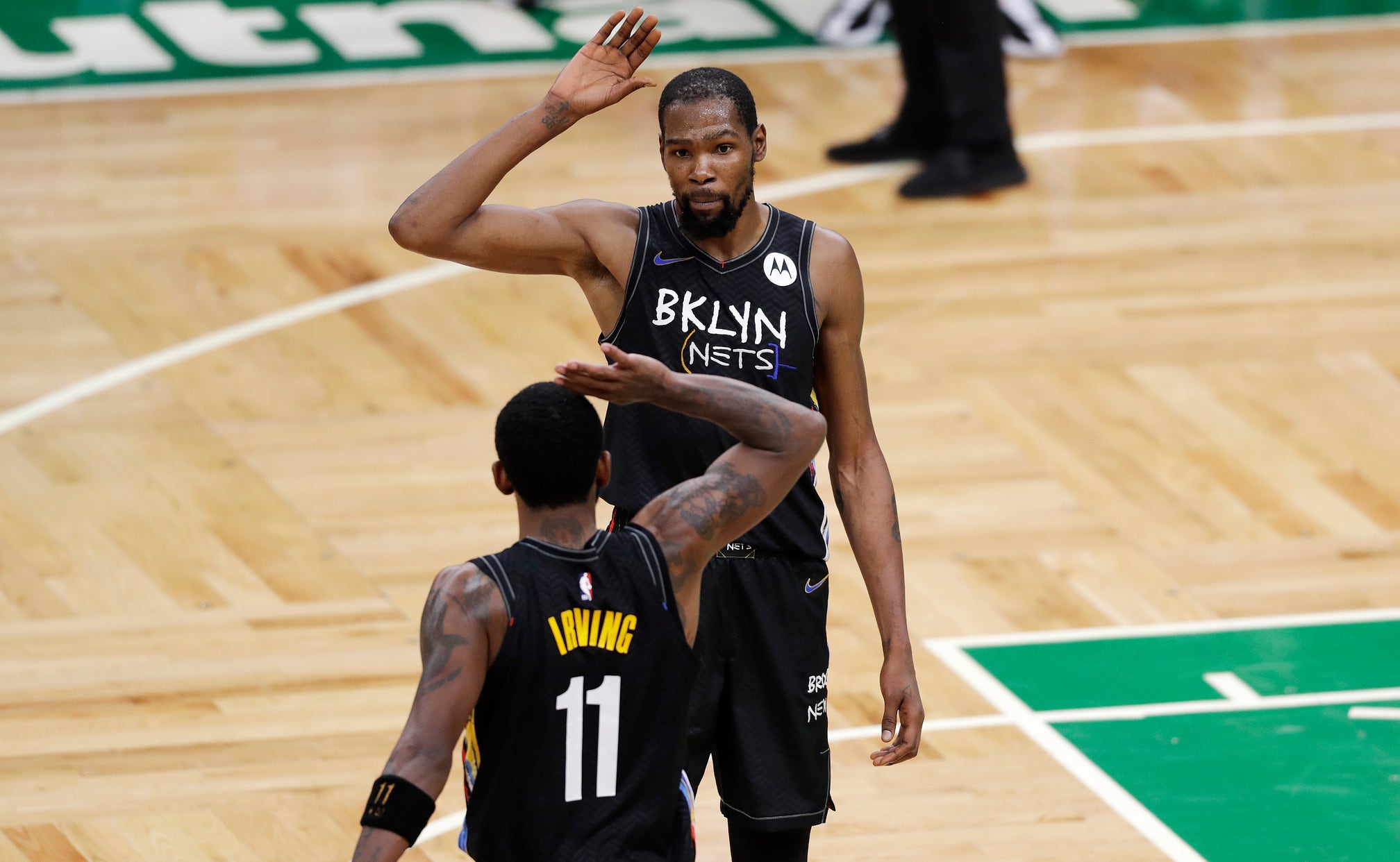 previous story
Due East
next story
2020: A Year In Sports Like No Other
National Basketball Association

Coming into the 2020 NBA season, there weren't many teams with higher expectations than the Brooklyn Nets.

And after a week of play, the superstar duo of Kevin Durant and Kyrie Irving has looked every bit as good as advertised.

Irving has been just as impressive, averaging 28.3 points and 6.0 assists while shooting 53.1% from the field, 47.2 percent from three-point range, and 100 percent from the free throw line.

The Nets are 3-1 in the four games Durant and Irving have played together, and their average margin of victory has been 14.0 points.

The fast start by the Brooklyn duo has reinforced the belief that the Nets are one of the premier teams in the NBA, and according to Chris Broussard, the favorites to represent the Eastern Conference in the 2021 NBA Finals.

And though they've been dominant, running teams off of the floor so far this season, the Nets showed they're also a nightmare in crunch time, after securing a 145-141 win over the previously unbeaten Atlanta Hawks on Wednesday.

In the fourth quarter, Durant scored 16 points and Irving chipped in 17, combining for 33 of Brooklyn's 43 points in the final frame.

The fourth quarter display was so dominant that on Thursday morning, Skip Bayless was ready to crown Durant and Irving as the best one-two punch in the NBA, even better than the defending champion Los Angeles Lakers duo of LeBron James and Anthony Davis.

"The fourth quarter last night was something to behold ... Once they both calmed down and locked in, it was nuclear. This is why I would take this duo over [James and Davis] ... These are both fourth quarter closers."

Four games into the season, the numbers suggest that Bayless might not be far off with his description of Durant and Irving's fourth quarter excellence. 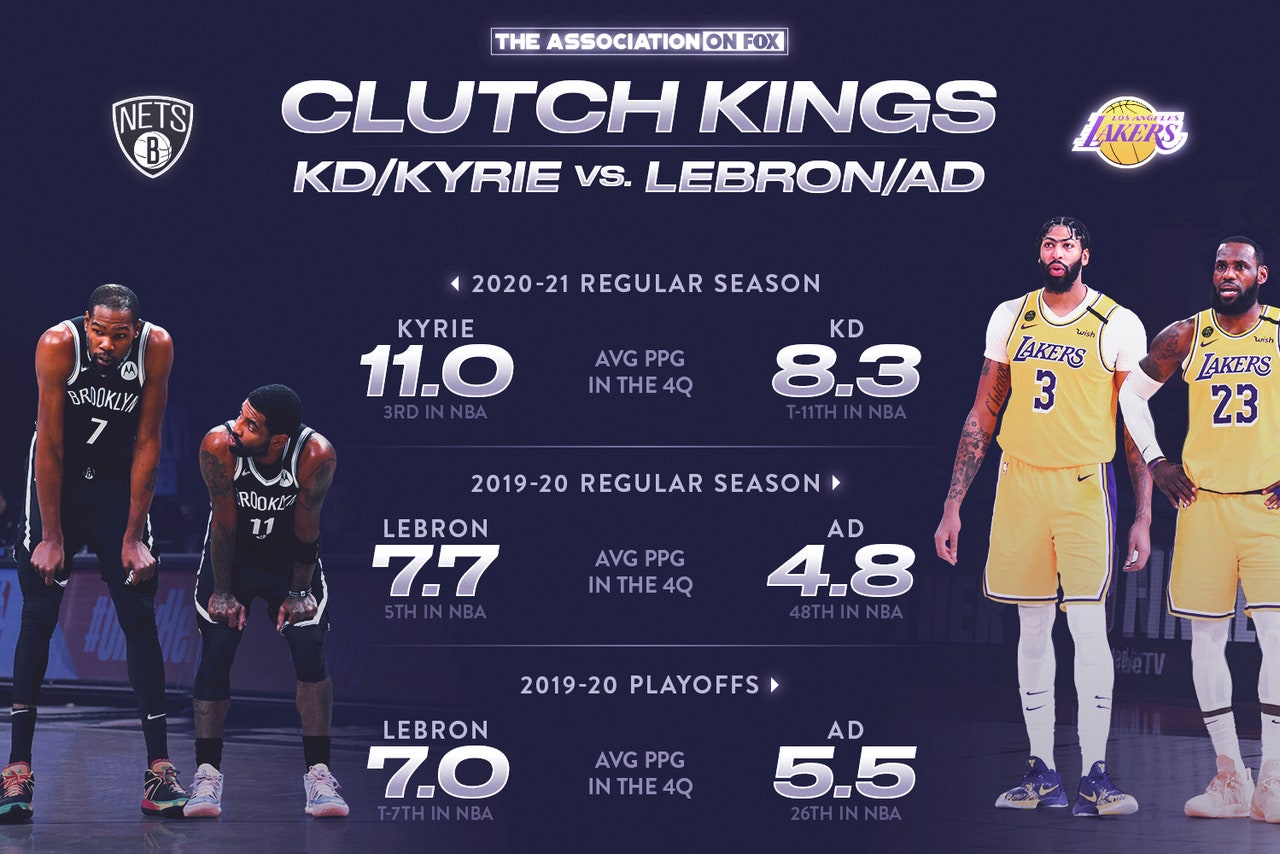 Still, before a 115-107 loss to the Portland Trail Blazers on Monday night, the Lakers had won 57 straight games that they led going into the fourth quarter, proving that James and Davis were the best closing duo in the league over the last year.

Considering that specific statistic, and the most recent NBA championship to boot, Shannon Sharpe isn't quite ready to anoint the Nets' duo over the Lakers' just yet, as he outlined on Thursday's edition of Undisputed.

"We need to see this thing play out over time, because what we've seen is Kyrie not play a full season in a very, very long time and can he hold up over an entire season? We'll see, but they are playing phenomenal right now."

Through the first week of play, it might be premature to label Durant and Irving as the NBA's best duo over the likes of James and Davis – but it is a conversation.

And the conversation will only grow louder as the season progresses.

Reactions To Harden's Impressive Debut
The Beard was in classic form in his first game with Brooklyn, making NBA history along the way. Here's how people responded.
14 hours ago

A Big Liability In Brooklyn
How do sportsbooks react to blockbuster trades? How much money is on the Nets? And is there any value? Sammy P asked the experts.
22 hours ago

Worthy of Attention
Zach LaVine is setting the league on fire. Is Chicago officially looking at its next superstar guard?
23 hours ago