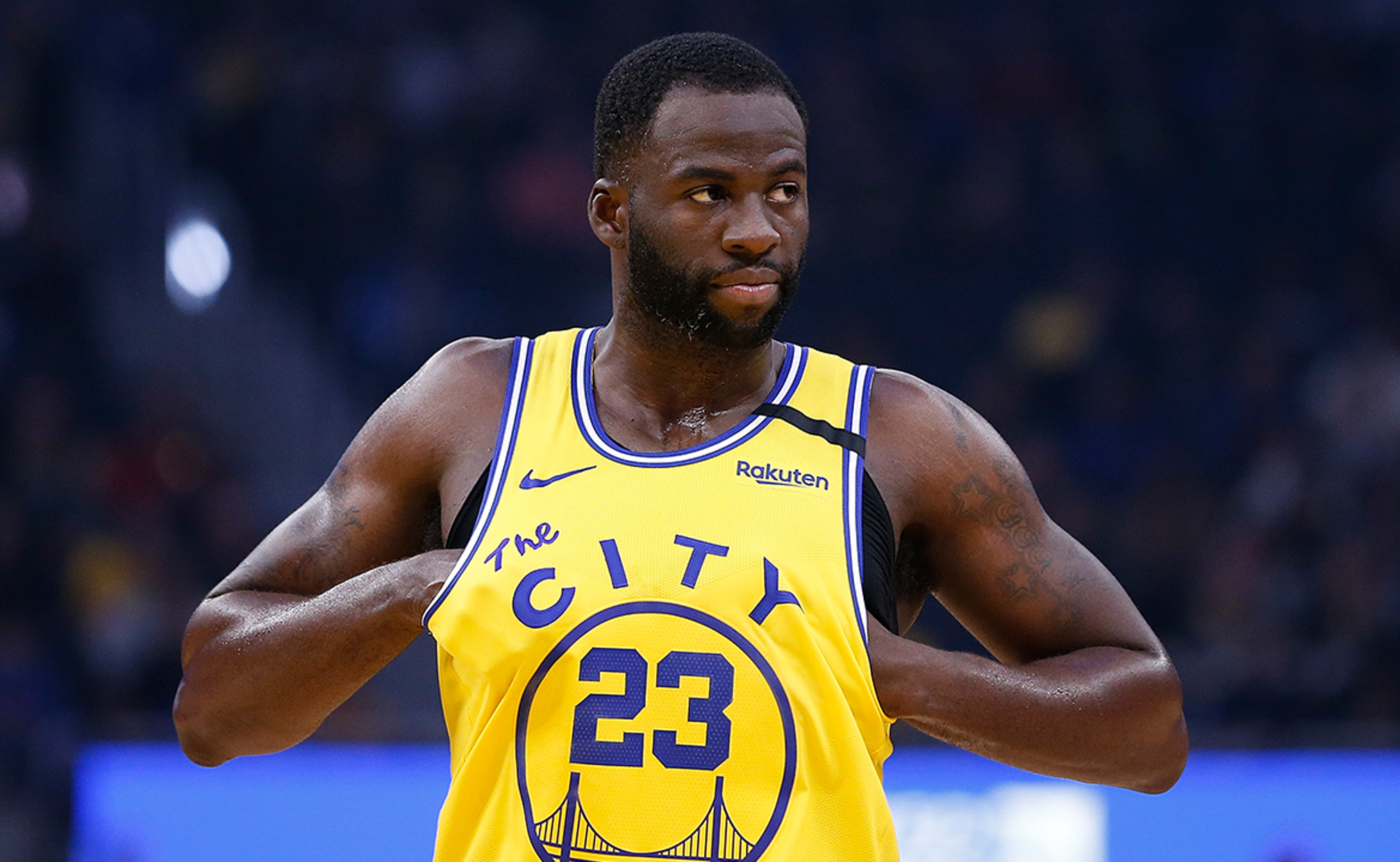 The NBA fined Golden State Warriors forward Draymond Green $50,000 for violating the league’s anti-tampering rule with his comments regarding Phoenix Suns guard Devin Booker while serving as a TNT analyst.

Green, seemingly unfazed, responded to the punishment on Twitter.

During Friday's broadcast, Green complimented Booker and the Suns for their undefeated run in the NBA bubble, but continued:

The 2020 NBA All-Star leads the Suns in scoring, averaging 24.6 points while shooting 48.8 percent from the field this season.

On Saturday, Booker scored 35 points on 15-of-26 shooting from the field, and is averaging 30.0 points, 7.0 rebounds and 3.3 rebounds in games since the restart.

Phoenix is the only undefeated team (5-0) in the bubble and is a half-game behind the Portland Trailblazers (32-39) for the No. 9 seed in the Western Conference and the opportunity for a play-in game for the postseason.

Phoenix has not made it to the postseason in 10 years.

As announced prior to the start of the 2019-20 season, the NBA adopted stricter rules including salary-cap circumvention, free-agency timing and tampering – with a rule prohibiting player-to-player tampering.

Punishments for tampering can include suspensions, fines (up to $10 million), and draft picks stripped and transferred to the victimized team.

One of the largest punishments for tampering came to the Miami Heat after they were accused of tampering with the New York Knicks by recruiting Pat Riley in 1995. The two teams resolved the issue before David Stern, the then-NBA commissioner, became involved.

The largest fine in NBA history was a $500,000 penalty for the Los Angeles Lakers after unauthorized communications between Lakers GM Rob Pelinka and representatives for forward Paul George while George was under contract with the Indiana Pacers in 2017.

A year later, Los Angeles was fined another $50,000 for tampering, after then-team president Magic Johnson compared himself to Milwaukee Bucks Giannis Antetokounmpo.

Green's fine amount is the maximum the league can administer before a player can file a grievance, according to ESPN's Bobby Marks.

The 3-time NBA champion has a history of being fined by the NBA, forfeiting more than $800,000 in his career, according to Spotrac, but this is the first fine related to the anti-tampering rule.

Adding Insult To Injury
The Heat simply had no answers for LeBron, AD and the Lakers in Game 1. And devastating injuries certainly didn't help Miami.
3 hours ago

How To Bet The NBA Finals
Everyone is expecting a Lakers title, but is it worth your money? Jason McIntyre explains why he's looking to fade LeBron.
14 hours ago

Expert Picks: Lakers vs. Heat
It's NBA Finals time and series predictions are flying. Was anybody bold enough to pick the Heat over LeBron's Lakers?
14 hours ago