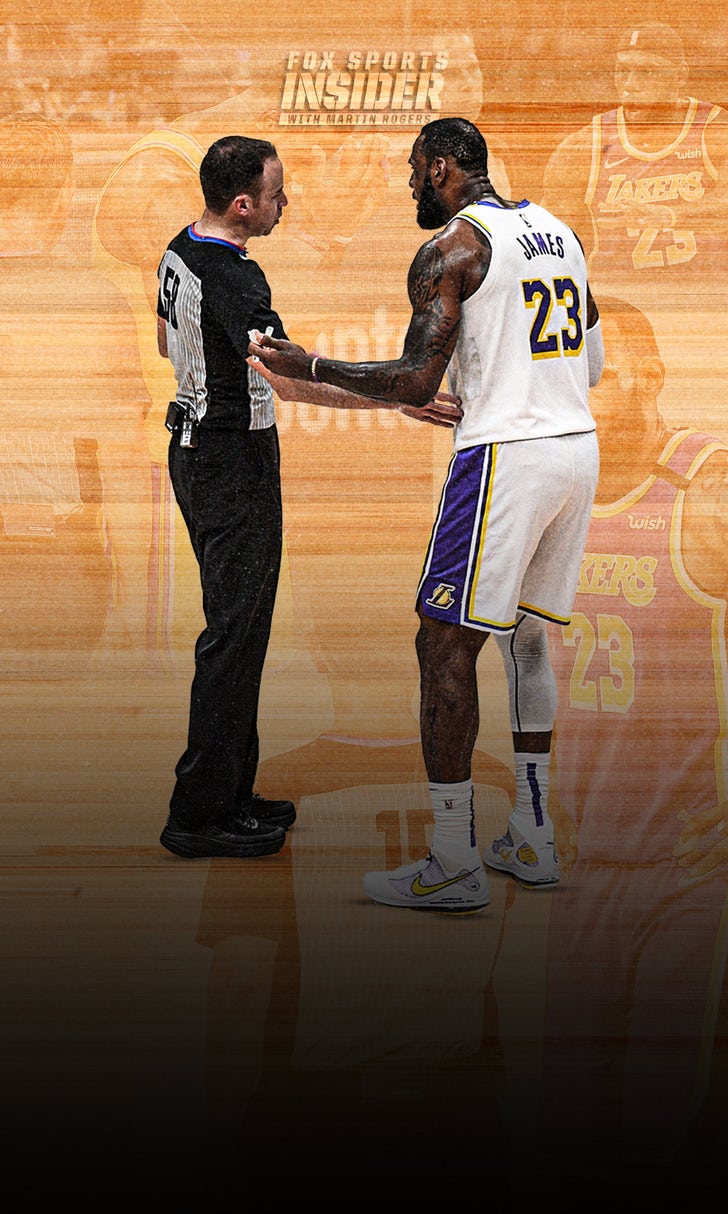 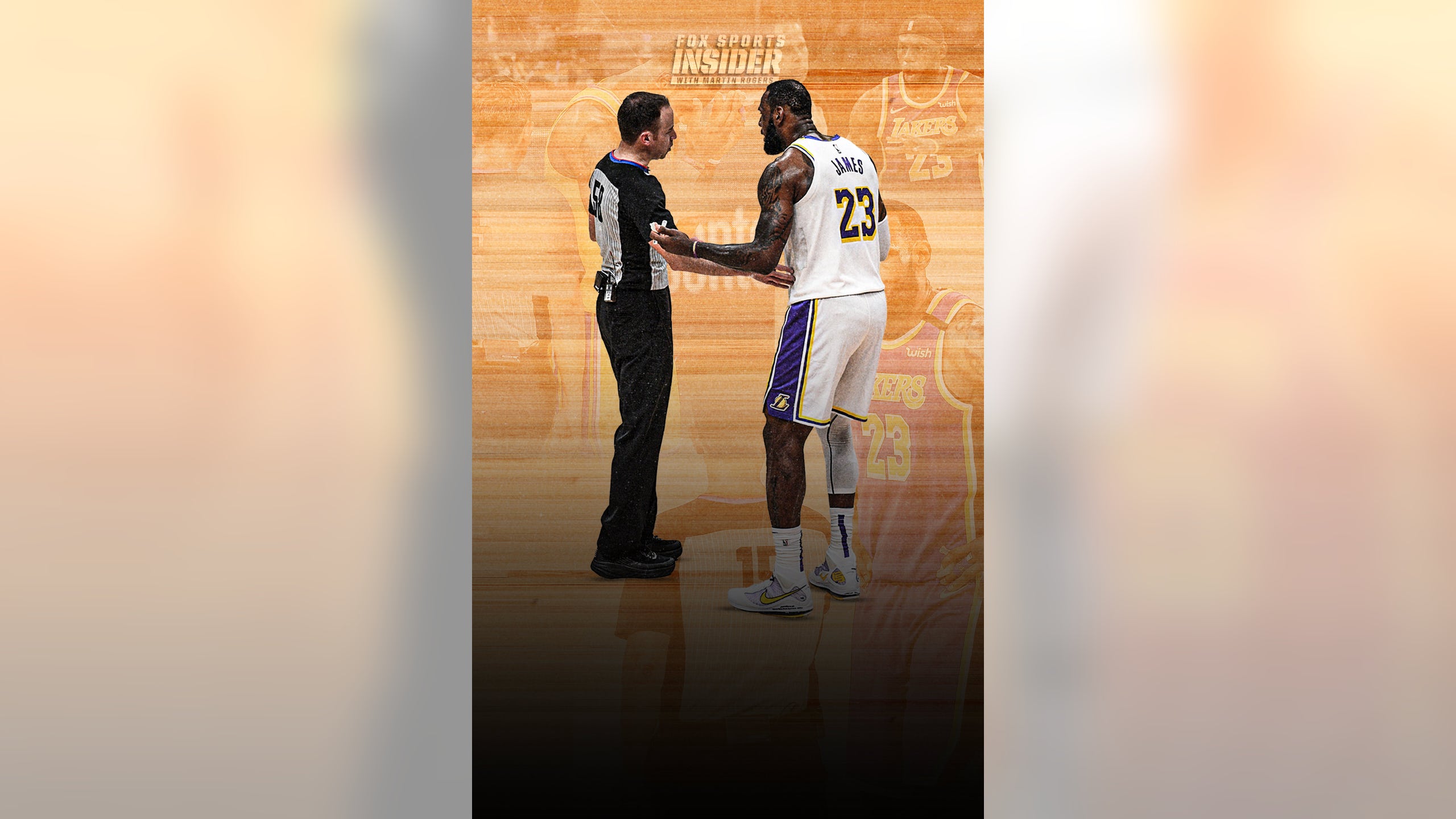 Does LeBron Get Special Treatment?

It wasn’t exactly the thud heard around the league, for the NBA community can’t yet make up its mind about whether the alleged cheap shot LeBron James leveled at Joel Embiid and the verbal dagger sent in the other direction is everything or nothing.

If you were prepping for bed by the time it happened, or if you’re too focused on the Super Bowl to think of anything else, or any of the other reasons why what happened on Wednesday night might have passed you by, here is the abridged version before you go do the sensible thing by finding an online video of the incident and its fallout.

With 5:44 remaining in the third quarter of a hard-fought clash between the Philadelphia 76ers and the Los Angeles Lakers, things heated up a little. Embiid caught a lob pass, had a clear route to the basket and wound up to unleash a thunderous dunk. James moved across the key and positioned himself in front of Embiid, then pushed off with both hands, with moderate force, as his rival got airborne.

Embiid fell to the floor with a crash, landing hard on his back with neither time nor spare limbs with which to break his fall. And here is where the topic gets divisive, with part of the division over whether it is a topic at all.

Embiid, suffice to say, thinks it is a topic, and raised his ire at how James was given only a ‘flagrant 1’ foul, which kept him in the game, and not a ‘flagrant 2’, which would have sent him to the locker room.

After it all went down, Philly opened a 12-point lead, promptly surrendered it, then saw Tobias Harris clinch a 107-106 76ers win with a clutch late shot.

"First of all … that's a very dangerous play," Embiid told reporters. "I guarantee you that if it was me, I would have probably been ejected from the game, which has happened in the past with me getting flagrant fouls for nothing."

A minute after his collision with James, Embiid received a flagrant 1 himself, after connecting his elbow with Anthony Davis.

"When you compare (James’) to the one I got, which I thought didn't really hit him, I didn't elbow him," Embiid added. "I might have touched him, but I don't think it deserved the flagrant, if you're going to compare those two. Those are tough plays, and I just thought (James’) should've been a flagrant 2."

Now I don’t get to be the arbiter of whether something in professional basketball is quite a big deal or not, but let’s just say that this one has the potential for it, right? The four-time NBA champion/top candidate for MVP/most famous figure in the sport being not only accused of a dirty play by a fellow superstar, but also the suggestion being made that he receives preferential treatment from the officials?

Michael Jordan was accused of benefitting from soft refereeing for years and it kind of goes with the territory of being one of the all-timers, but still, a spicy talking point for sure.

It would be nice to know what James thought of all this, except that he didn’t talk about it in his postgame media conference, because, disappointingly, the reporters on the call thought things like whether Lakers guard Alex Caruso would be allowed to open James’ wine for him (yes, really) were deemed more worthy lines of enquiry than the biggest flashpoint of the game.

Which meant, on the night itself at least, all the commentary came from the Philly side, with head coach Doc Rivers striking a reasoned tone.

"That was a hard fall," Rivers said. "LeBron is not a dirty player, it was a physical play and they had to call a flagrant, I guess. But … there was some concern there. (Embiid) clearly wasn’t the same after that."

There are different ways of looking at the play. Certainly, the contact was not crushingly physical and nor did it appear to have particularly vicious intent. On the flip side, fouls that alter the direction of a player’s body when he is in midair and can do little to protect himself, must be and are treated with an extra degree of seriousness.

Flagrant 1 centers around "unnecessary contact" towards an opponent while flagrant 2 deems that contact to be both unnecessary and "excessive." James has received six flagrant 1s in his entire career and has never gotten a flagrant 2.

On Undisputed, FS1’s Skip Bayless was unimpressed by the play. "Shoving Joel while he was up in the air … dangerously," Bayless said. "That was as shockingly out of character as any move LeBron has ever made on the court. That is a cheap shot. It is a low blow."

Yet on First Things First, Nick Wright cast it as a non-newsworthy event. "There is not a player in the league that would’ve gotten ejected for this," Wright said. "It wasn’t a flagrant 1, let alone a flagrant 2. This is ridiculous."

Over and above the foul, my personal opinion is that this was a pretty notable night, for a number of reasons. The victory signaled the 76ers as a team that feels its time is arriving. If they are going to make a postseason splash, they need Embiid to be in this kind of physically combative mood and with a point to prove. If anyone is going to beat the Lakers they will need to stand up to them, whether it be in the way they play, the way they talk or both.

And, more than anything, with something to discuss it shows the unpredictable and interpretive beauty of what we watch and why we do so. Embiid is either sticking up for himself or making a fuss of a standard collision. James is either the bad guy, or being targeted for attention because of who he is.

We can’t agree on what we see, even when it’s right there in front of us.