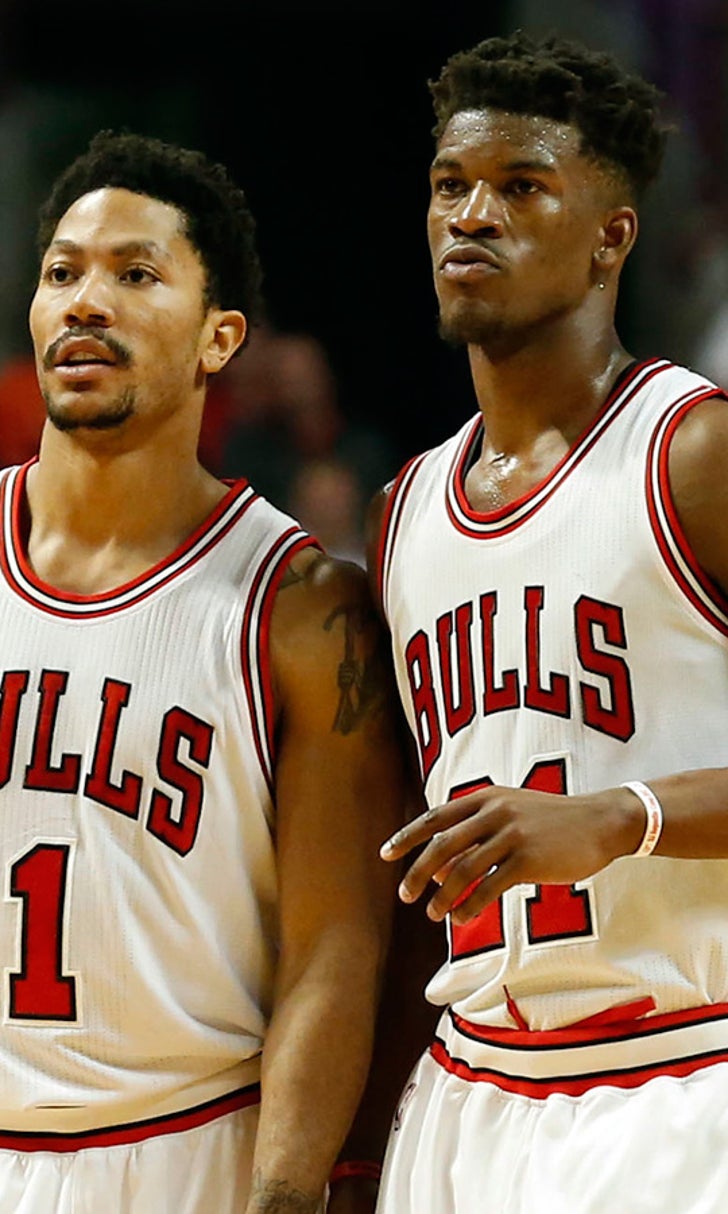 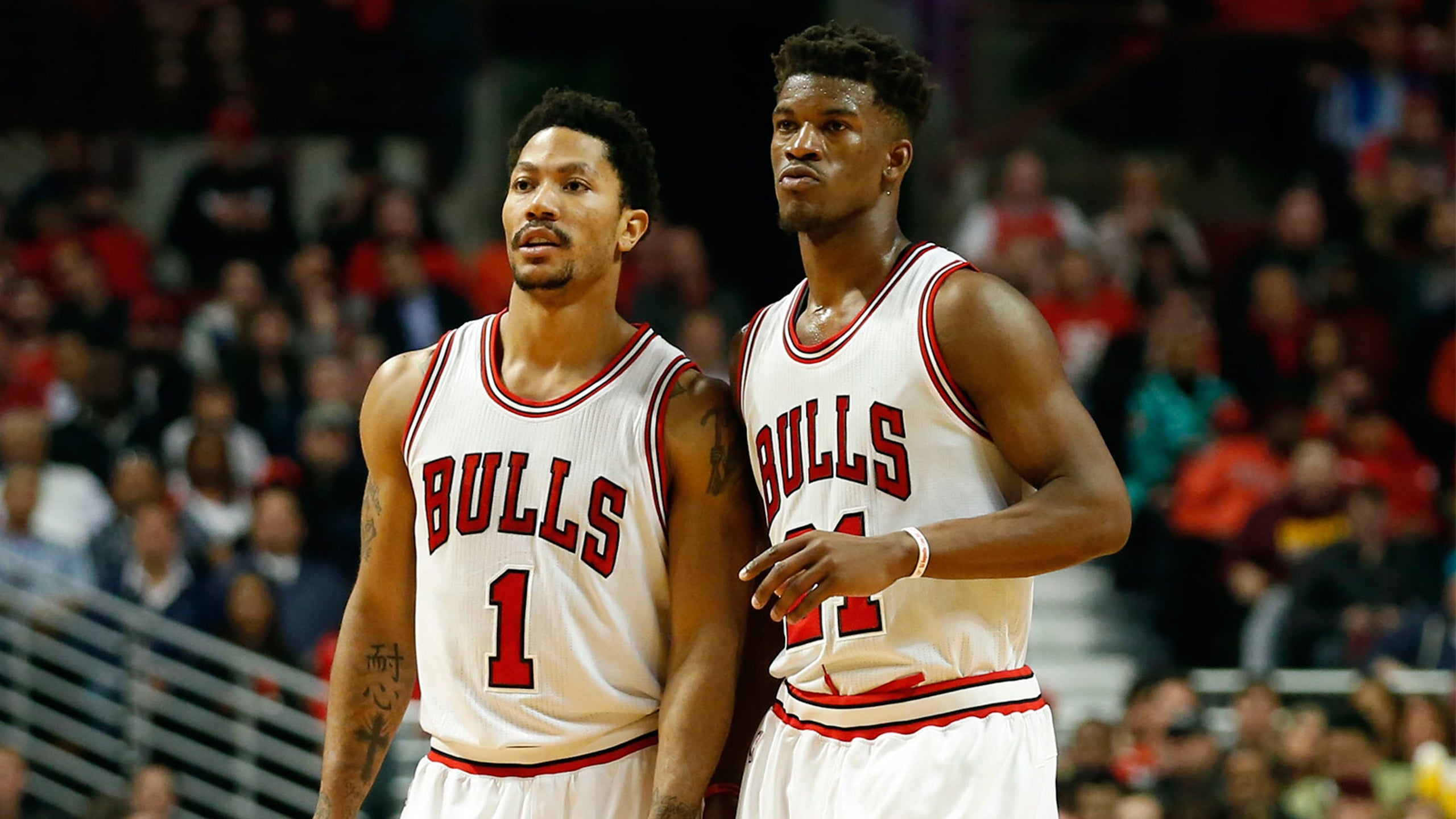 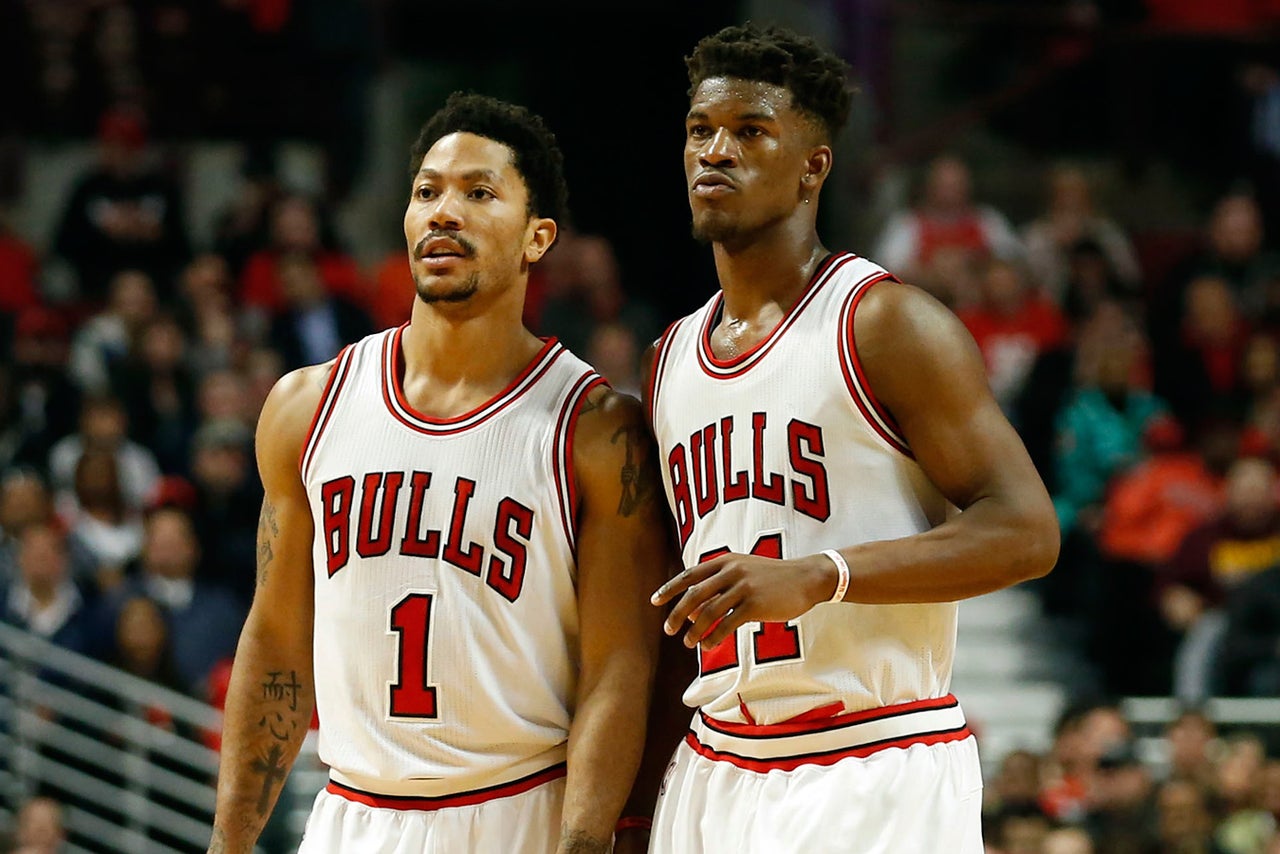 The Chicago Bulls spent the past couple seasons transitioning from one superstar to the next. First up was Derrick Rose, the 2011 MVP who had disastrous athleticism and an unstoppable first step. But a series of devastating injuries to Rose thrust his backcourt partner, Jimmy Butler, into the spotlight.

The Bulls are now Butler's squad. He's their leading scorer, most effective defender and made the All-Star game two years in a row.

It's naturally an awkward situation. Rumors have spread about their relationship, and how uncomfortable it must feel for the healthy Rose to no longer be considered the franchise player on his hometown team.

Both have denied any rift, but now we don't have to take their word for it because this clip of them playing "Password" will melt your heart and forever rest every word of negative gossip:

Rose and Butler are both averaging 16.0 shots per game, and Rose's usage percentage actually leads the team. He's still a quality player! But Butler is a different animal who can more consistently create efficient shots for himself and others. This isn't the biggest reason Chicago isn't a very good team—injuries doomed their season from day one—but it doesn't help.

In the grand scheme of things, none of this really matters, either. The Bulls are getting outscored by 2.5 points per 100 possessions with Rose and Butler on the floor, and there's a good chance they don't make the playoffs.

That's okay. This summer, they should trade their point guard, let Joakim Noah and Pau Gasol walk in free agency, then build around Butler, a rapidly improving Doug McDermott and draft picks.

The Bulls aren't close to a championship, but Butler and Rose's game of "Password" is still worth celebrating.

Coming Out Party
If you didn't know Collin Sexton before Wednesday night, his 42 points against the Nets was a worldwide introduction.
1 hour ago

Defense Optional
The new-look Nets are watching their "Big 3" score at-will – but will a lack of defense keep them from their full potential?
7 hours ago

Why Pop and Kerr Spoke Out
Gregg Popovich and Steve Kerr aren't afraid to discuss social justice. Melissa Rohlin explains their desire to speak up.
9 hours ago

The James Harden Experiment Is Working
James Harden appears to be both happy and motivated since his move to Brooklyn, and that’s scary for the rest of the NBA.
1 day ago
those were the latest stories
Want to see more?
View All Stories
Fox Sports™ and © 2021 Fox Media LLC and Fox Sports Interactive Media, LLC. All rights reserved. Use of this website (including any and all parts and components) constitutes your acceptance of these Terms of Use and Updated Privacy Policy. Advertising Choices. Do Not Sell my Personal Info