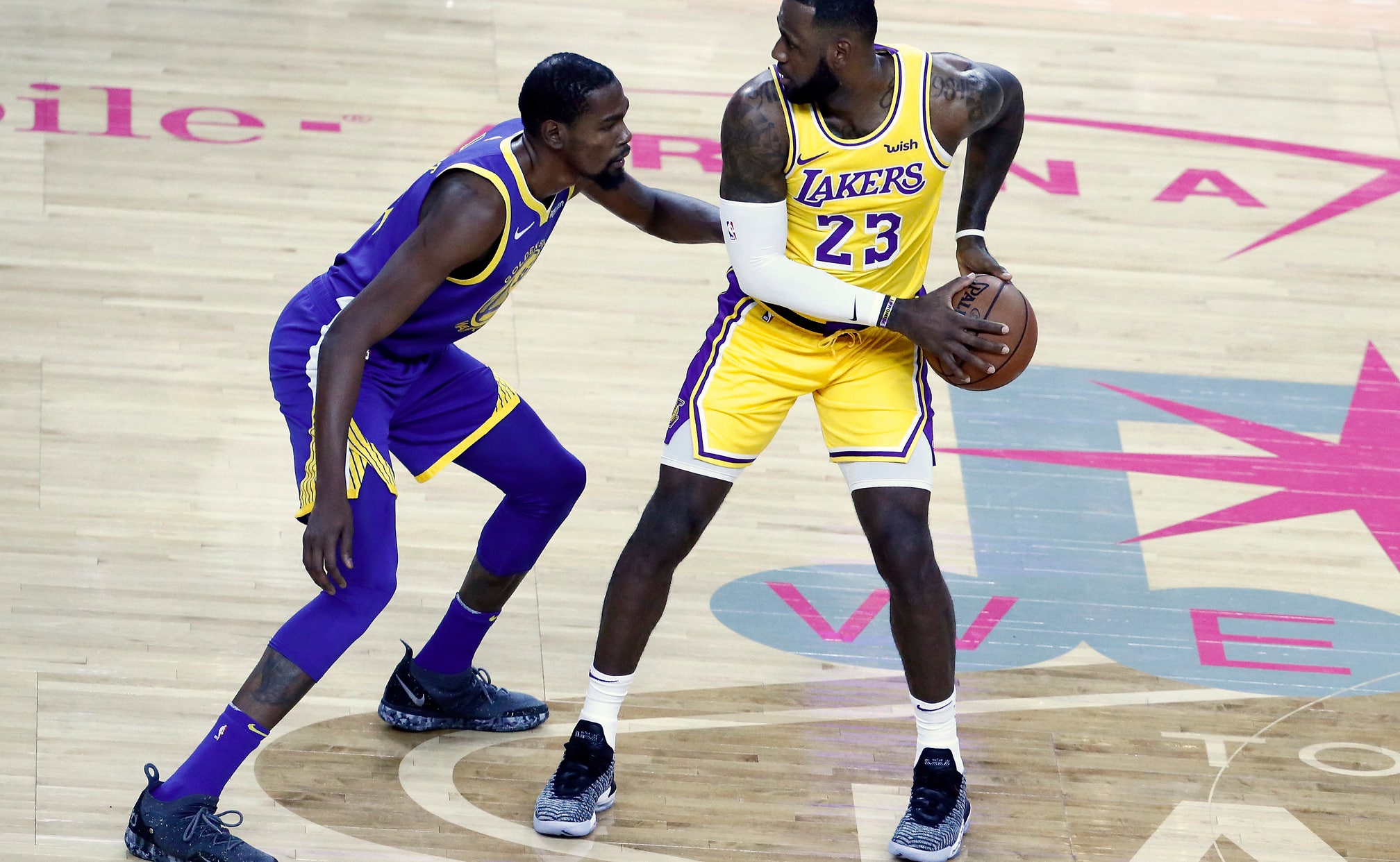 You just had to stir the pot, Dame Dolla.

Earlier this week, Portland Trail Blazers superstar Damian Lillard spent a few hours on Twitter, talking to the fans and sharing his opinions on all things sports.

However, one short-lived question-and-answer segment stood out above the rest.

Dame's response, of course, gave a slight shake to the internet, and on Wednesday, Skip Bayless and Shannon Sharpe dove in on the topic.

Is Lillard saying he'd take Michael Jordan's athleticism, LeBron James' durability, and Kevin Durant's size and skill in any way a slight to any of the three?

In addition, are Dame's thoughts a veiled take on the GOAT debate?

Shannon thinks it was more a compliment to the three legends than a shot at any of them.

However, per usual, Skip was on the opposite side.

In his estimation, Lillard's comment not only proved his point that MJ is the GOAT, but went even further, supporting Bayless' claim that Kevin Durant is currently the best player in the game.

The argument as to who is the game's greatest all-time player has raged for years, and it only intensified after James won his fourth NBA championship earlier this month.

But there was one 6-foot-11 factor that could have played a role in LeBron winning that title.

Durant – now a member of the Brooklyn Nets along with Kyrie Irving – missed the entire 2019-20 season while recovering from a torn Achilles.

Many believe that if Durant and Irving were healthy this season, Brooklyn would have come out of the East and met the Los Angeles Lakers in the NBA Finals, equalling James and Durant's fourth NBA Finals meeting.

Remember this take from Bayless?

Back in 2012, LeBron's Miami Heat met Durant's Oklahoma City Thunder, and the end result was LBJ's first championship, with the Heat winning the series, 4-1. LeBron was also named Finals MVP.

The King and the Slim Reaper would matchup once again with the NBA title on the line in 2017, after James returned to Cleveland and Durant made his way to Golden State.

KD emerged victorious, with the Warriors winning, 4-1, and the following season, the two teams met once again and Golden State swept the Cavaliers.

The 2020-21 NBA season, by all indications, is set to begin on Jan. 18, with the NBA Finals scheduled to take place in June.

Here's hoping that LeBron's durability holds up, and his size and skill can once again meet with KD's come the summer's most important series.