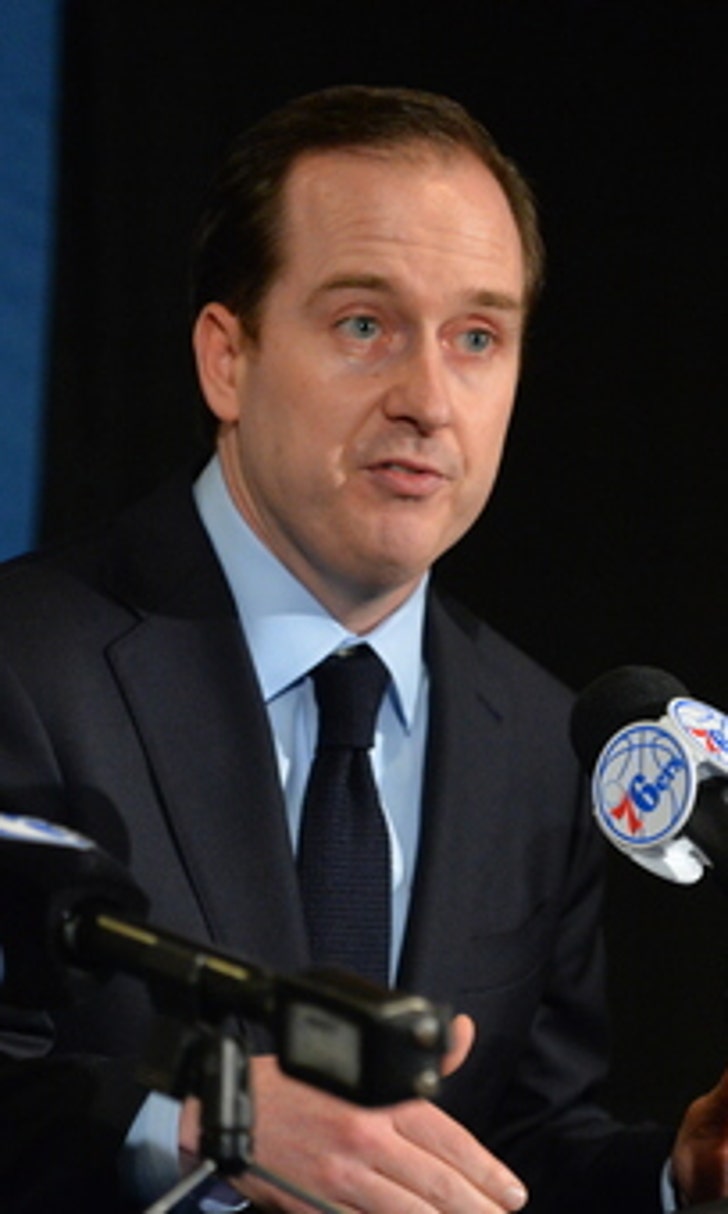 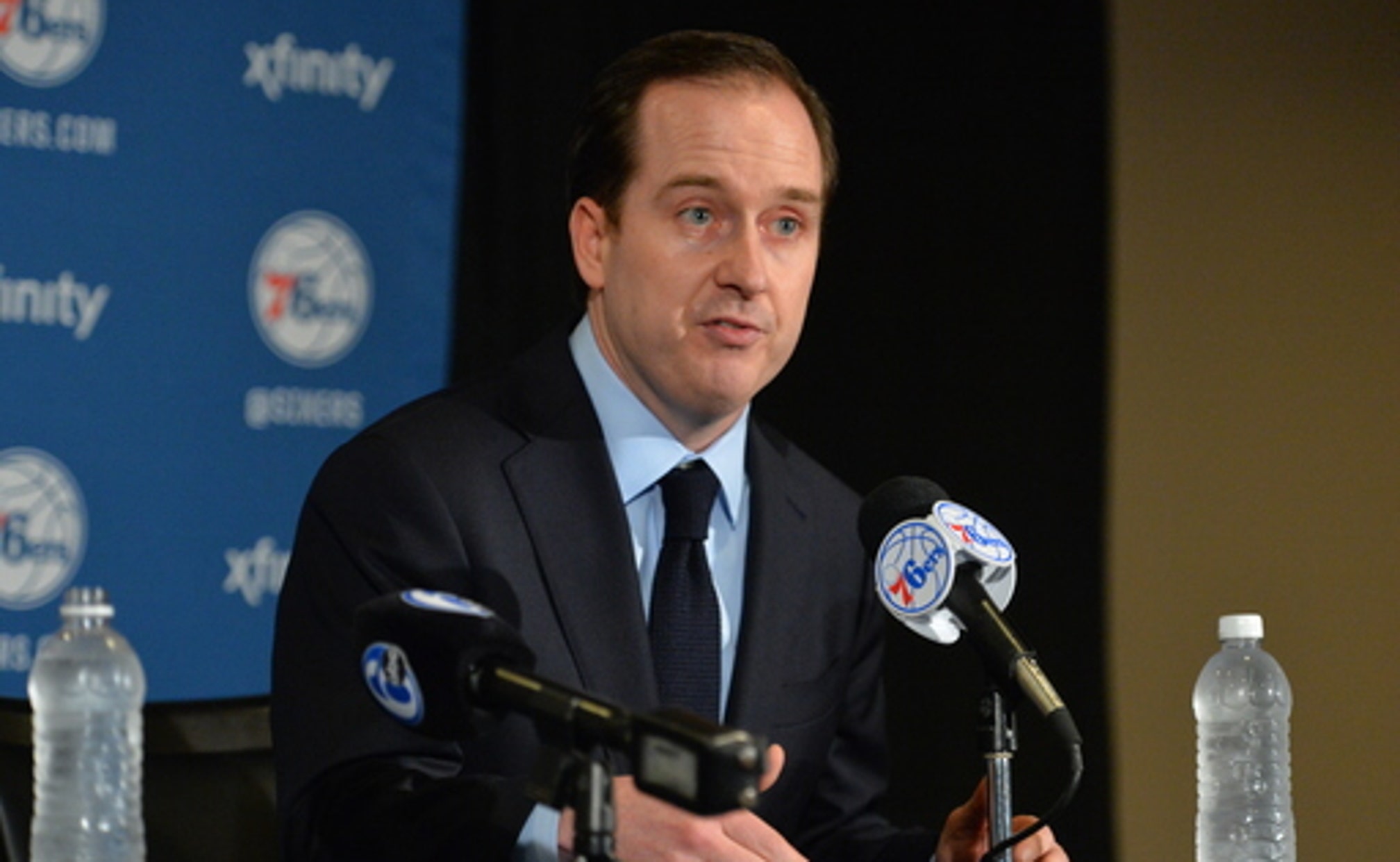 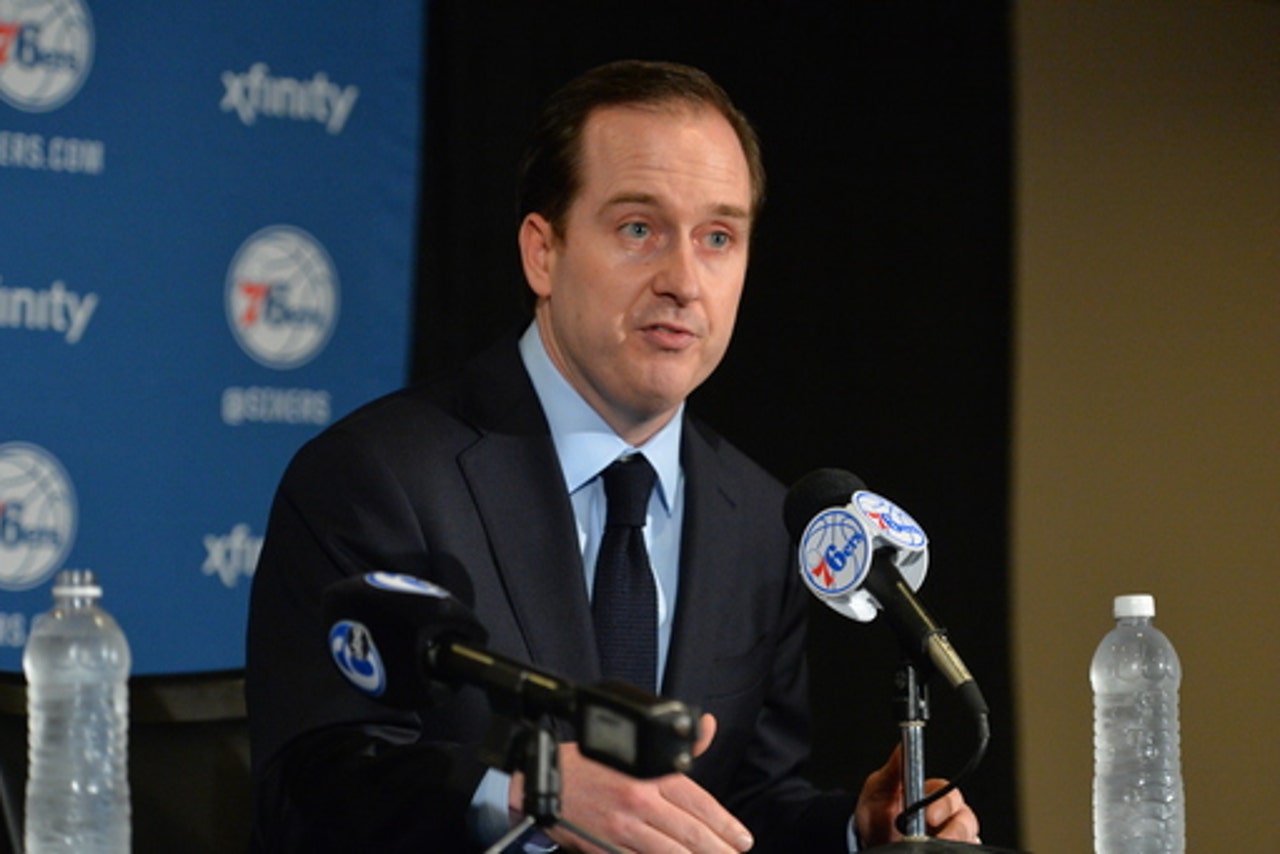 PHILADELPHIA (AP) The Philadelphia 76ers' front office has suddenly turned into the home of a Colangelo family reunion.

The NBA-worst Sixers are set to hire former NBA executive of the year Bryan Colangelo as their general manager, according to a person with knowledge of the hiring.

The person spoke on condition of anonymity because Colangelo's hiring was not official on Wednesday night.

He will work with his father, Jerry Colangelo, Philadelphia's chairman of basketball operations, to bring the forlorn franchise their first NBA championship since 1983.

Colangelo takes over in the wake of general manager Sam Hinkie's sudden resignation on Wednesday night, bolting the Sixers after he turned them into one of the worst organizations in NBA history.

Hinkie didn't even last three full seasons and left the Sixers with the worst record in the league at 10-68.

Team owner Josh Harris says he was disappointed in Hinkie's decision but that, ''Sam's work has put us in a very strong position to take advantage of numerous opportunities for an exciting future.''

Hinkie ran an analytics-minded front office and stripped the organization of all major talent in the hope of bottoming out in the standings and acquiring lottery picks.

His power was weakened in December when the Sixers hired Colangelo to oversee basketball operations.

Under Hinkie and coach Brett Brown, the Sixers have been among the worst franchises in the league and show few signs of recovery in the next few years.

Hinkie was hired in 2013 after a stint as executive vice president of basketball operations for the Houston Rockets. He failed to lead the 76ers to their first NBA championship since 1983.

He made sweeping changes from the start, trading All-Star Jrue Holiday on his first draft night and later traded Michael Carter-Williams only a half season after he was the NBA rookie of the year.

Hinkie drafted or traded for injury-prone big men Nerlens Noel and Joel Embiid. Noel sat out a season and has not developed into the cornerstone player the Sixers hoped. Embiid was drafted with the No. 3 overall pick of the 2014 draft and has to yet to play because of foot injuries.

Under Hinkie's watch over almost three seasons, the 76ers:

Harris seemed to back Hinkie's approach - dubbed both ''Trust The Process'' by his defenders and ''Tankadelphia'' by critics - until the losses kept mounting in his third season. Even with rookie Jahlil Okafor playing well, the Sixers flirted with the worst record in NBA history; 9-73 set by the 1972-73 Sixers.

The 76ers beat New Orleans on Tuesday night, ensuring they would not tie their own league record for fewest victories in an 82-game season.

Embarrassed by the team's futility, the Sixers turned to Colangelo. Colangelo had a long career with the Phoenix Suns, serving as coach, CEO and general manager, among other roles. He was also on the NBA's board of governors.

He was inducted into the Naismith Basketball Hall of Fame in 2004 as a contributor, considered one of the most influential owners in NBA history.

''What I see here is, there's a lot that needs to be done,'' Colangelo said on the day he was hired.

Hinkie doesn't exactly leave behind a barren cupboard - Noel, Embiid, Okafor and overseas prospect Dario Saric still have potential on the court or as trade bait, the Sixers are flush with cash in the salary cap and they could have up to four first-round picks in the 2016 draft.

''It's an exciting offseason and one we've long been looking forward to,'' Hinkie said at the trade deadline. ''Obviously Joel's injury moved his timeline back from `15 to `16. That alone makes a big difference, not to mention the other picks we've acquired, the organic growth of the rest of our team. We think it'll be a big opportunity.''

It's a future Hinkie will no longer help shape.

Following Hinkie's departure, the 76ers did not look far past the family tree for a replacement - Bryan Colangelo, had long been mentioned as having a future role in the organization after stints in Phoenix and Toronto.

He won the NBA's executive of the year after the 2006-07 season when the Raptors captured the Atlantic Division title and tied a franchise record with 47 wins. But he came under fire for the selection of Italian big man Andrea Bargnani with the No. 1 pick in the 2006 draft.

Colangelo joined the Raptors on Feb. 28, 2006, after 15 seasons with the Phoenix Suns. He was the Suns' GM for 11 seasons and also served as president in his last seven years there.