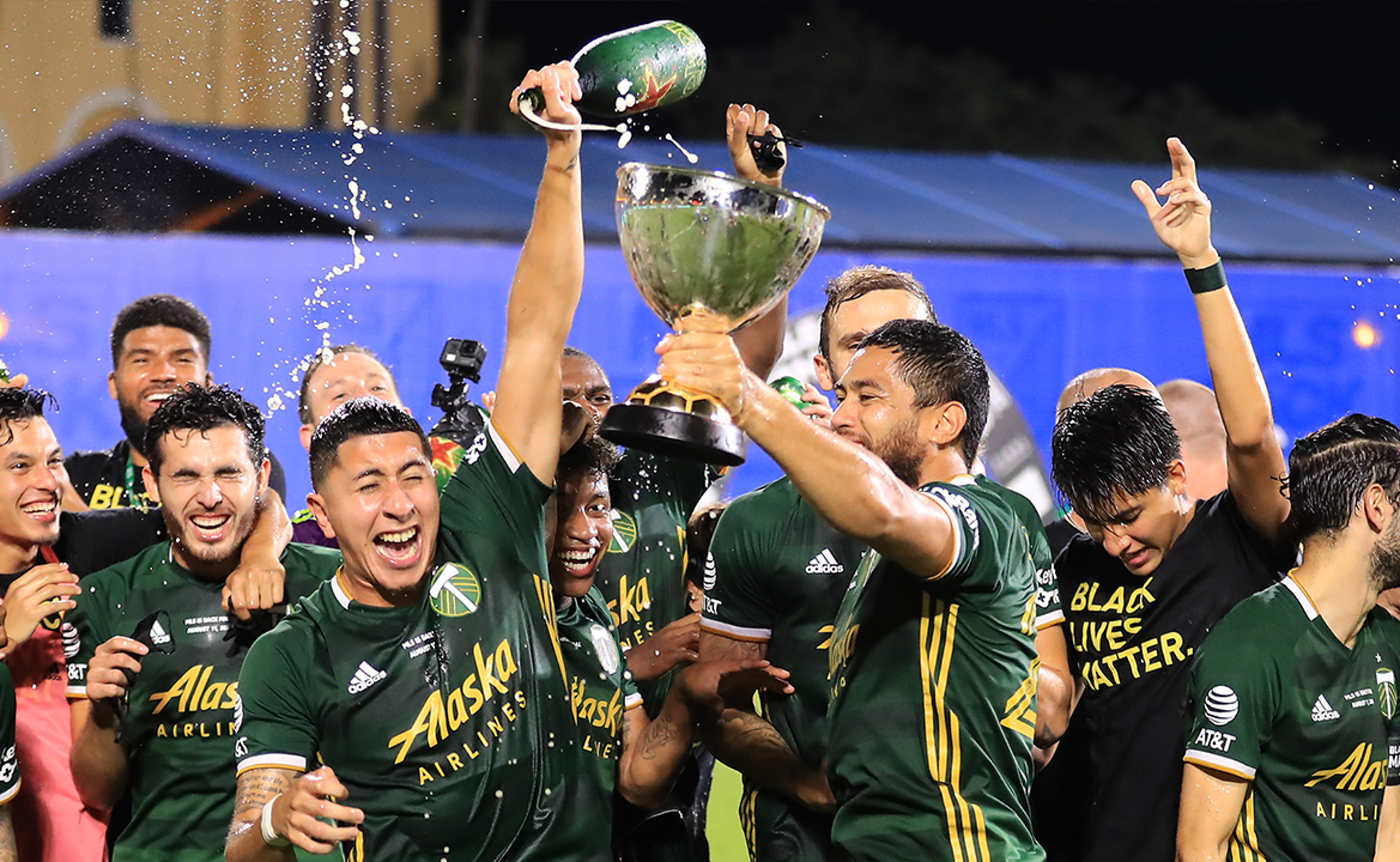 The Portland Timbers defeated Orlando City, 2-1, to win the MLS is Back Tournament on Tuesday night in Orlando, Florida.

Featuring a bubble format, the tournament was the first of its kind and the first men's competitive soccer tournament in the US since MLS regular season play was suspended due to the COVID-19 pandemic.

The Timbers also earned a spot in the 2021 Concacaf Champions League for the third time in franchise history, giving them the opportunity to represent the region in FIFA’s Club World Cup.

Portland opened scoring in the 27th minute, with Larrys Mabiala heading in Diego Valeri's free kick into the box, scoring his 8th career goal in Portland.

But an additional Portland set-piece restored the Timbers' lead. Valeri fired another corner and Dario Zuparic – who signed with the Timbers ahead of the 2020 season – scored his first MLS goal and the critical game-winning goal in the 66th minute.

The Timbers' regular season started in March with a win and a loss before play was halted. In the group stage of the tournament, which counts toward the regular season, the Timbers finished with two wins and a draw.

Portland's first match outside the bubble will be Aug. 23 against the Seattle Sounders at an empty Providence Park.