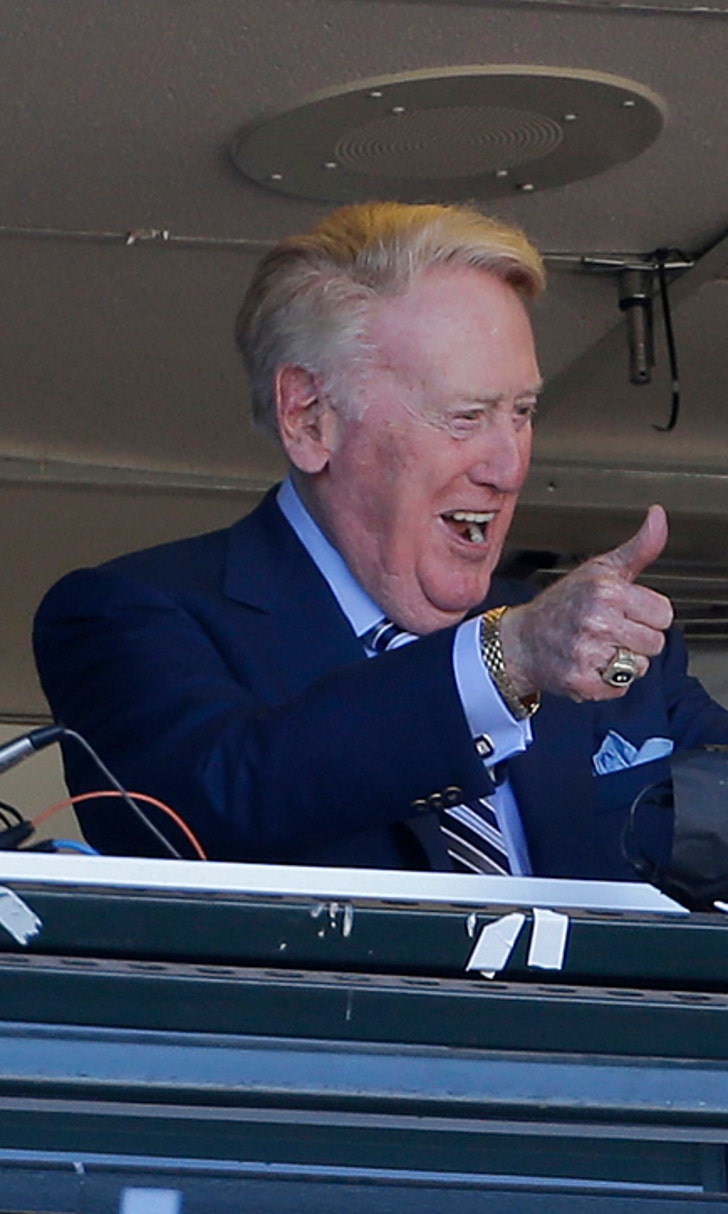 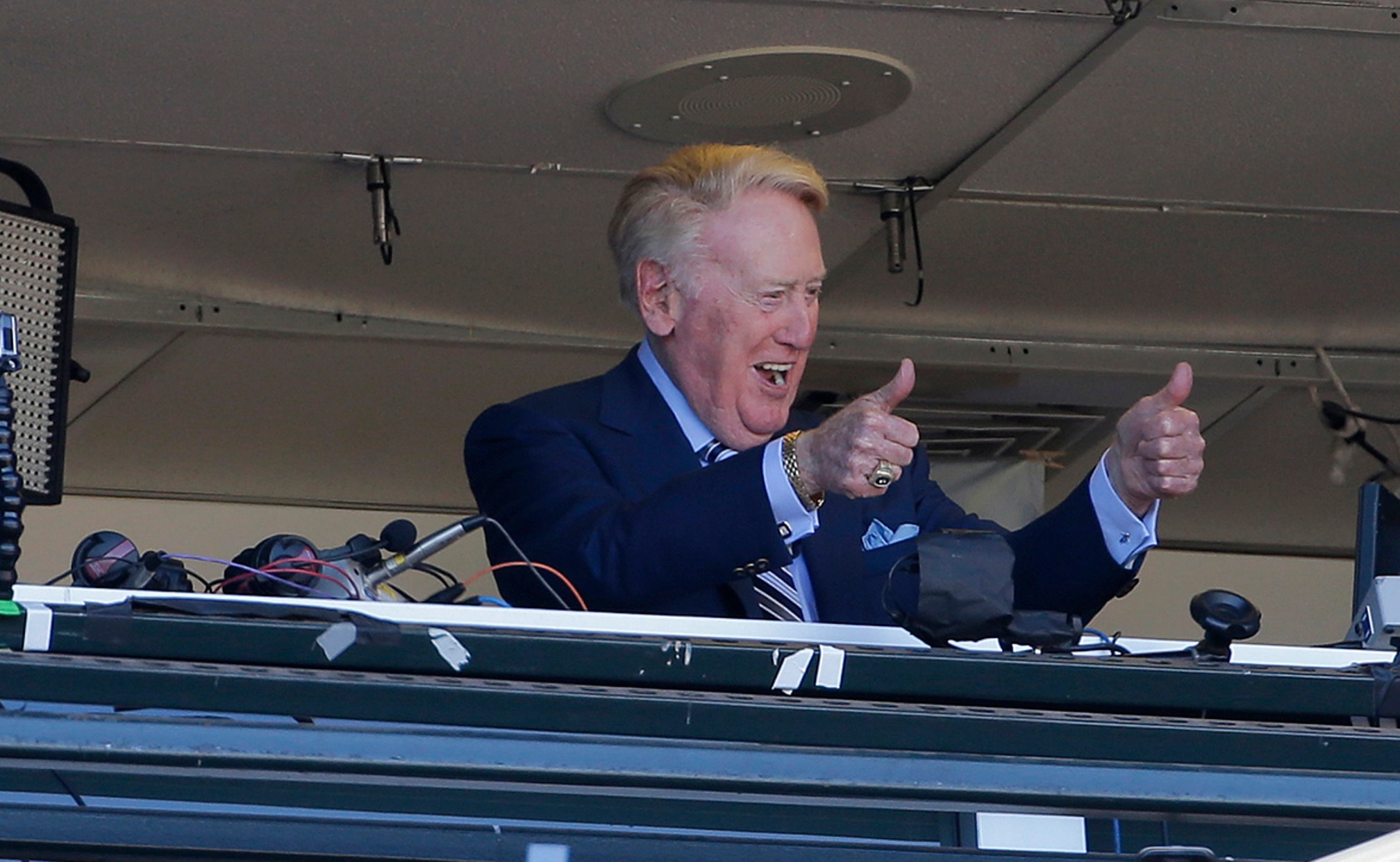 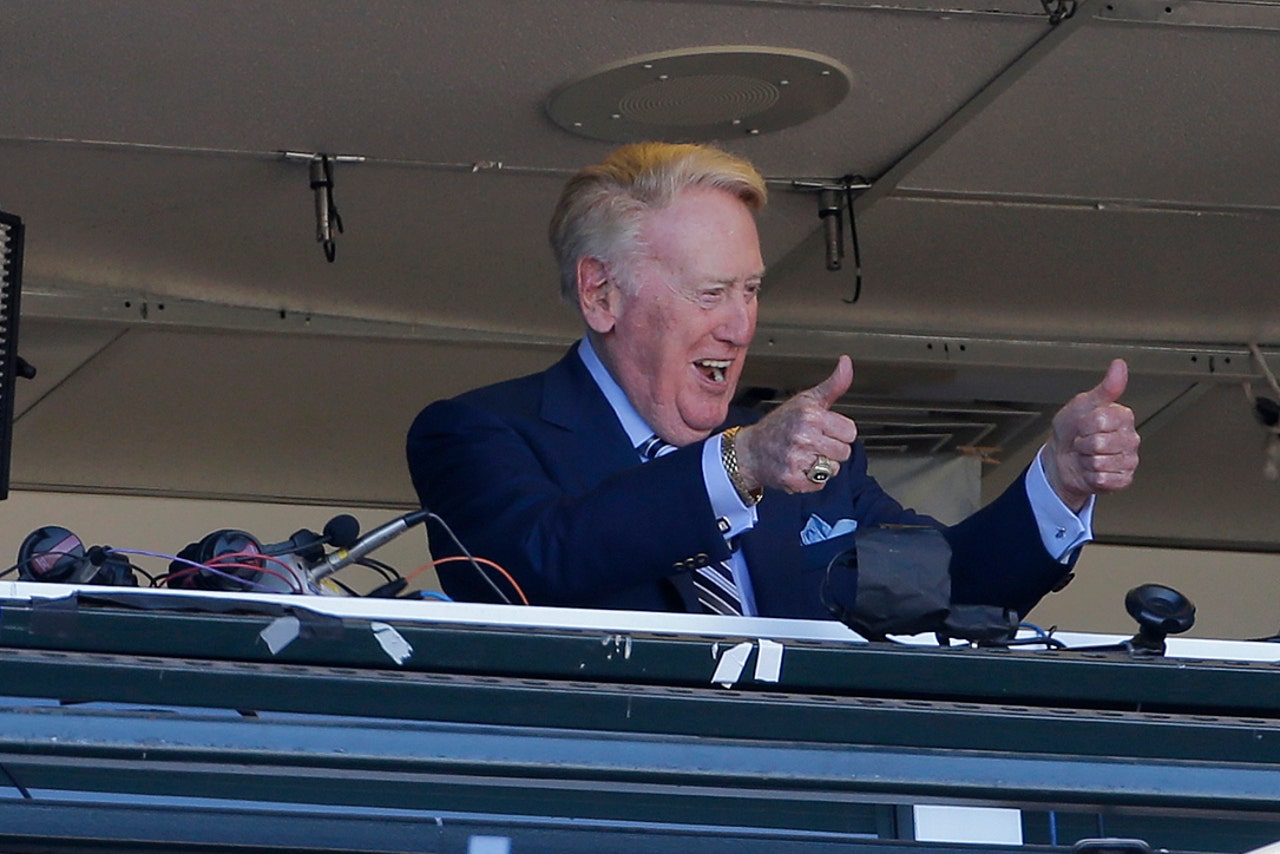 After more than 9,000 games, 21 no-hitters and three perfect games, Vin Scully called the final game of his 67-year career for the Los Angeles Dodgers against the Giants in San Francisco on Sunday.

Scully signed off following a 7–1 Giants win that clinched them a spot in the NL wild card game.

“I have said enough for a lifetime,” Scully said. “And for the last time, I wish you a very pleasant good afternoon.”

The 88-year-old Hall of Fame broadcaster has reduced his travel in recent years, but he made an exception to call the team’s last three games of the regular season in the Bay Area. The NL West champion Dodgers are headed to the postseason, but Scully won’t be working those games.

Scully’s call was simulcast in its entirety on two Los Angeles TV stations and one radio station. The Giants aired his description of the third inning on their broadcast.

The Giants are naming the visiting broadcast booth in Scully’s honor, and put up a plaque in his honor inside of it.

Last weekend, Scully was farewell-feted by Dodgers fans in Los Angeles, where he closed out his final home game with him singing a pre-recorded version of “Wind Beneath My Wings.”

Information from the Associated Press was used in this report.