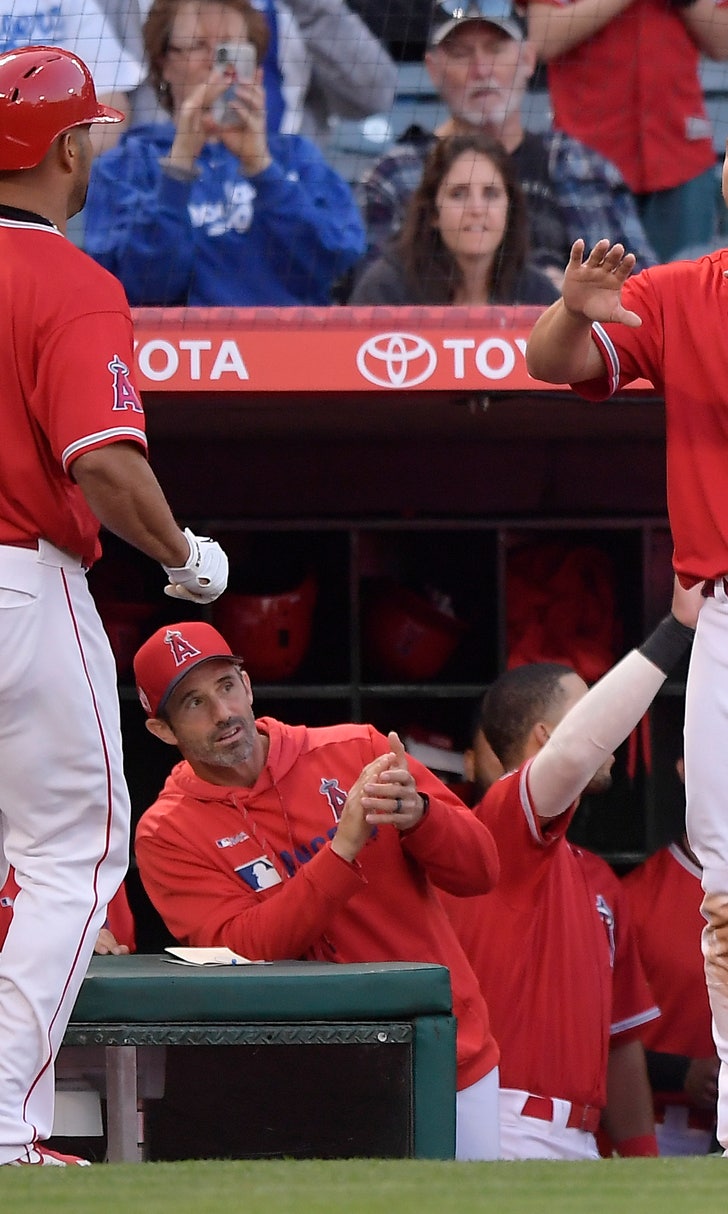 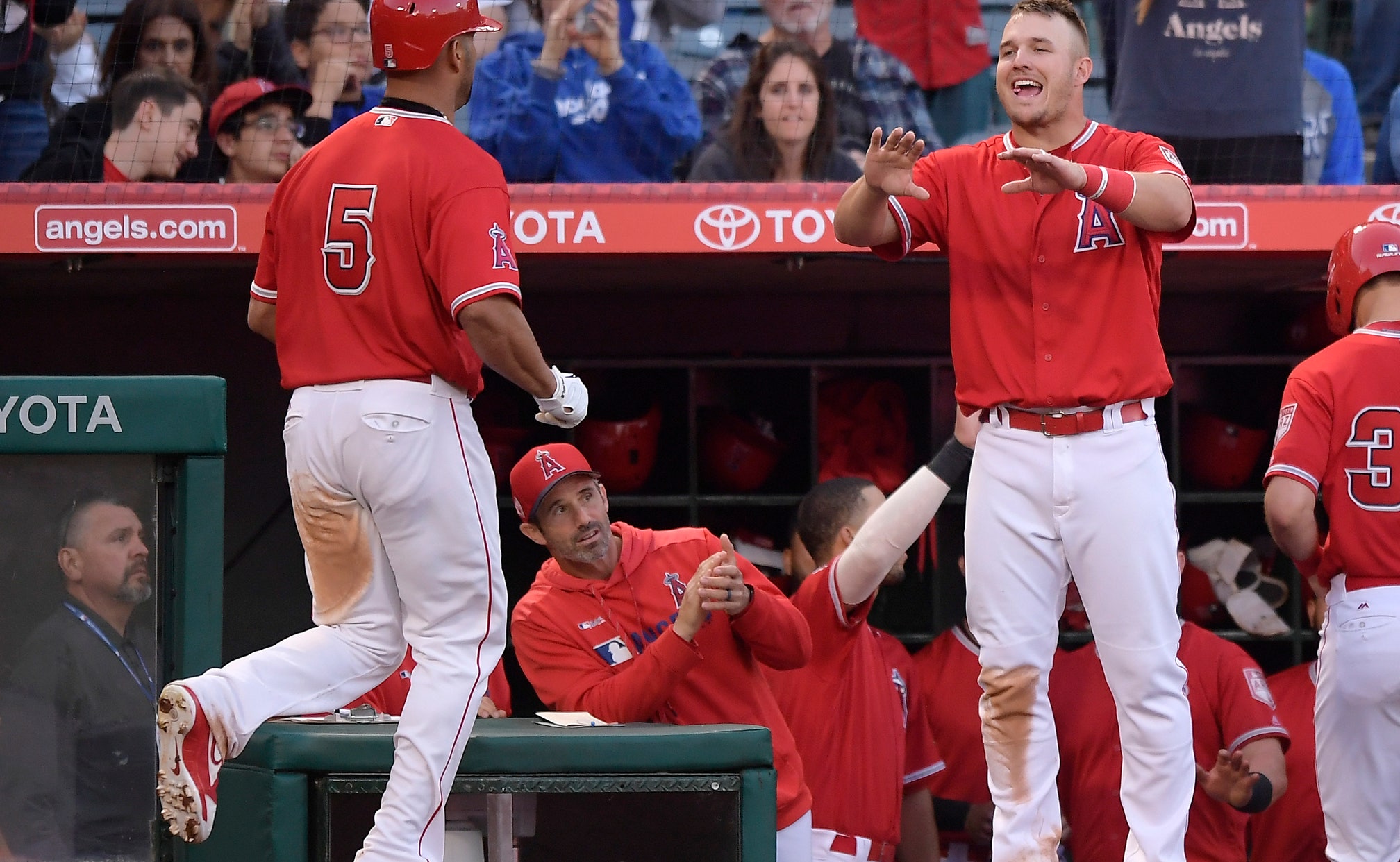 Trout, Pujols deliver for Angels in 8-4 win over Dodgers

Trout had an RBI double in his first home game since signing a record contract and agreeing to spend 12 more years with the Los Angeles Angels, who beat the Los Angeles Dodgers 8-4 in an exhibition game Sunday night.

Albert Pujols hit a two-run homer in the first game of the annual preseason Freeway Series between the teams separated by 35 miles on the I-5.

Trout got several large ovations from the Angel Stadium crowd after an energized pregame rally outside the stadium to herald his $426.5 million commitment to stick with the Angels for what he says will be the rest of his career.

The seven-time All-Star then doubled to left field off Ross Stripling in the third inning, driving in Jonathan Lucroy with the Angels' first run.

Pujols cracked his third homer of the spring in the fourth inning off Dylan Floro. The three-time NL MVP begins his 19th big league season next week with 633 homers, sixth-most in baseball history.

Stripling yielded one run in three innings of three-hit ball for the Dodgers, who will have the versatile right-hander in their rotation to start the season. With Clayton Kershaw and Rich Hill unable to pitch next week due to injuries, Stripling will get the Dodgers' second start of the year against Arizona on Friday night.

"It's nice to have some definitive answers," said Stripling, who made 21 starts and 12 relief appearances last season. "It's pretty crazy. The first thing that comes to mind is I'm proud of being the first guy they call on when stuff hits the fan. It's important, and something I don't take lightly."

Felix Pena started for the Angels and racked up nine strikeouts in 3 1/3 innings of three-hit ball.

Max Muncy shook off a quiet spring with early back-to-back doubles, driving in Corey Seager in the first inning for the Dodgers.

The Dodgers tied it with three runs in the seventh, including Cody Bellinger's two-run single.

Trout agreed to stay with the Angels in part because of his respect for the talent rising through their farm system. Angels fans got a good look at one of those elite prospects when Brandon Marsh made a diving catch in center field and smacked a two-run single in the eighth.

NOTES: Angels LF Justin Upton exited with a sprained left big toe in the first inning after running into the wall while chasing Muncy's first double. Upton barely played in spring training due to knee tendinitis. ... The Dodgers signed RHP Justin Grimm to a minor league deal before the game. The former Cubs reliever spent spring training with Cleveland. ... Hill is wearing a brace to stabilize his strained left knee, Dodgers manager Dave Roberts said. Hill is expected to be out one more week.

The Freeway Series continues Monday in Anaheim with RHP Kenta Maeda taking the mound for the Dodgers and right-handed reliever Ty Buttrey starting out for the Angels.