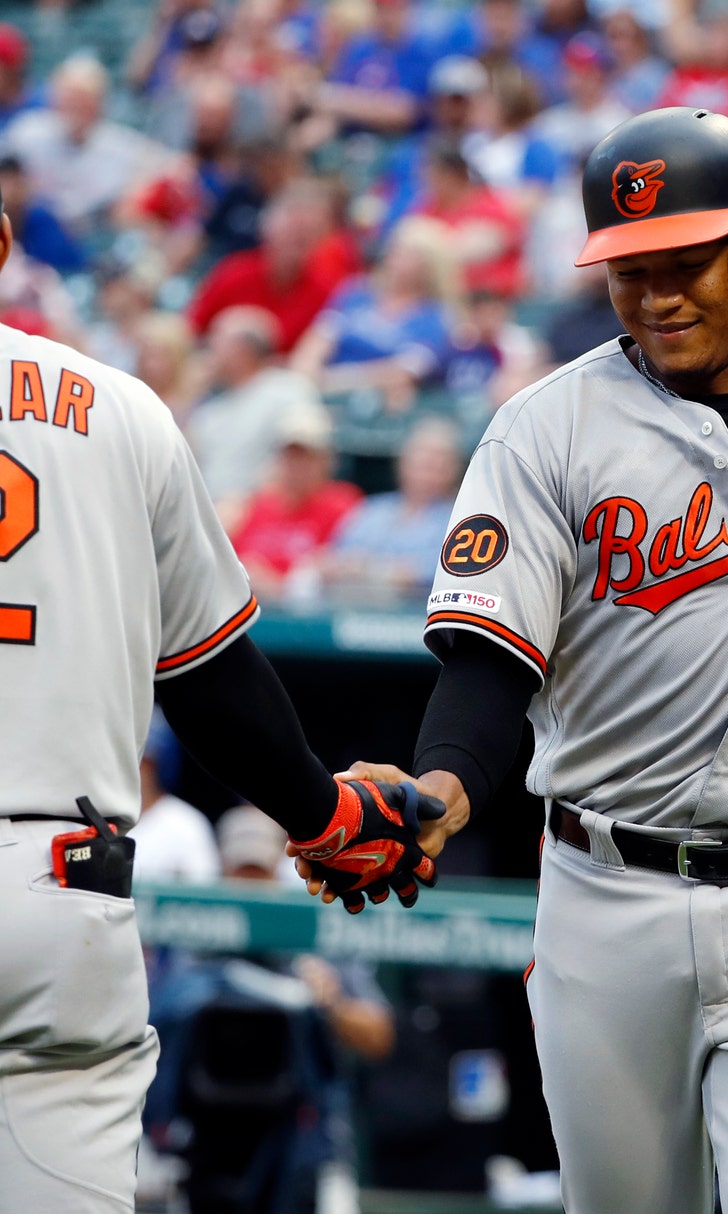 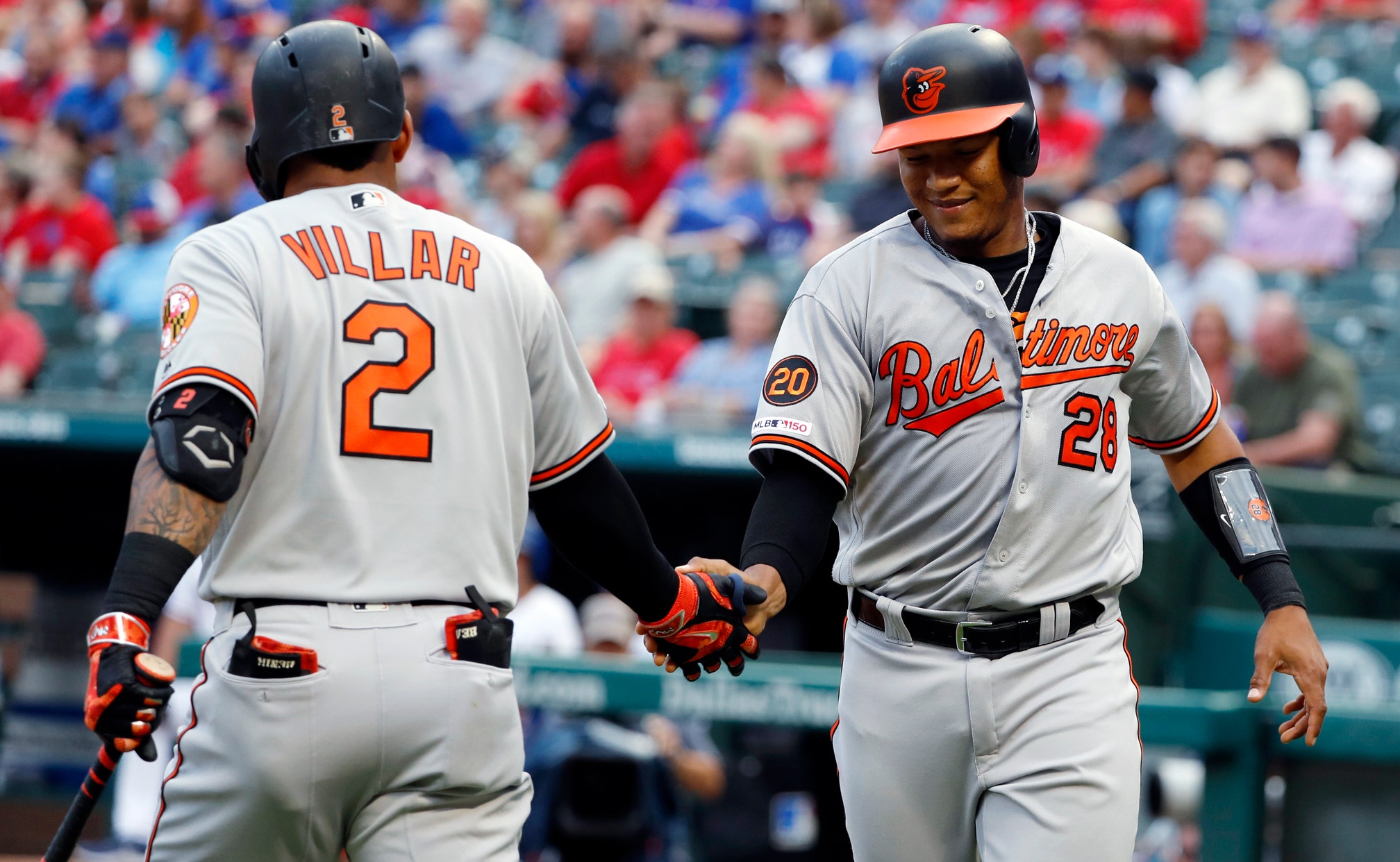 ARLINGTON, Texas (AP) — Pedro Severino took three easy trips around the bases Tuesday night. It was a good thing he saved his energy — he needed those legs on a game-ending play in the ninth.

Severino hit a career-high three homers and thwarted Texas' ninth-inning rally with a wild defensive play, lifting the Baltimore Orioles over the Rangers 12-11.

Texas scored six runs in the ninth and had the tying run on base with one out when Mychal Givens replaced Richard Bleier on the mound. Givens struck out Delino DeShields and Elvis Andrus, but strike three to Andrus was a wild pitch that went to the backstop.

Severino scrambled to retrieve the ball, then delivered a perfect throw to first baseman Chris Davis a step ahead of Andrus for the final out. Severino said Givens couldn't see his sign on the final pitch.

"I didn't know what pitch was coming," Severino said. "I had to throw it really hard to first base to just get the out."

Dwight Smith Jr. had a career-high six RBIs for Baltimore, including a three-run homer and three-run double.

Severino never previously had a multihomer game in five major league seasons. He hit solo homers in the first and ninth innings and a two-run homer in the seventh.

As for his power surge, he said, "I don't want to say I don't have power. When I used to be a young guy, when I hit one homer, I just tried to hit every ball out."

"We didn't close out the game the way you'd like to close out," Orioles manager Brandon Hyde said. "I am going to try to stay positive."

Givens earned his fifth save, cleaning up a mess created by Josh Lucas and Bleier. Andrus led off the inning by reaching on shortstop Richie Martin's error, and Asdrúbal Cabrera and Logan Forsythe each hit two-run doubles during the rally. Cabrera had three hits to match his season high.

"It was good, but we still lost the game," Cabrera said of the late rally. "We have to forget about it and come tomorrow and find a win."

"Obviously beforehand, there were a lot of things we could have done better," Rangers manager Chris Woodward said, "especially on the pitching side."

The five Baltimore home runs equaled the most hit off Rangers pitchers this season.

Hanser Alberto had four hits, all singles, to match his career high set May 20.

Keon Broxton hit his third home run in nine games with the Orioles and has hits in six games.

The Orioles, with the majors' worst record at 19-41, won a series opener for the third straight series to improve to 6-14 those games this season. They haven't won consecutive games since April 23-24.

The Rangers dropped to 5-15 in series openers.

Shin-Soo Choo led off Texas' first with his 200th career home run. It was his third leadoff home run this season and 30th of his career. Choo has reached base in 25 straight home games.

"He's one of the most impressive players I've ever been around," Woodward said.

Davis went 0 for 5 with two strikeouts after being reinstated from the 10-day injured day earlier in the day. . Choo's homer was the major league leading 123rd given up by Orioles pitching this season. ... Texas went 3 for 3 on challenges and is 14 for 17 on challenges this season. Baltimore went 1 for 1 and is 7 for 14. ... RHP David Carpenter, whose contract was selected from Triple-A Nashville last Friday, made his Rangers debut with his first appearance in the majors since July 2015. Carpenter allowed two runs in 2/3 of an inning.

Orioles: OF Mark Trumbo (knee) went 0 for 3 with a strikeout on Tuesday beginning a rehab assignment with Triple-A Norfolk.

Rangers: LHP Mike Minor (5-4, 2.74) is fifth in the American League in earned run average with one of the league's five shutouts.